Second last weekend of the summer before school starts, and we did a few fun things.  On Saturday morning we drove up to Shelburne Ontario (and if you're following along, yes, I grew up in Shelburne, Nova Scotia, what a coincidence).  My grandparents grew up here and I still have a lot of family there.  My grandfather died in 2012 and my grandmother died in 2014, and although we had funerals for them, we had not put their ashes in their grave yet, so this is what we did on Saturday.  My grandfather's surviving brother, and sister-in-law (married to a different brother) were able to come, and the children and grand (and great grand) children of my grandmother's sister who live in town were all there (and of course my Mom, Dave and E).  The minister did a short service, and it was really nice.  When I grew up in Shelburne Nova Scotia, which has a rich history of its own, I only had one relative there (my mom!), so I always appreciate being in Shelburne Ontario where I have lots of cousins, and also to see the gravestones of my family members.

After the service we went back to my cousins' house to have lunch and spend the afternoon swimming.

Some of the gang in the pool. 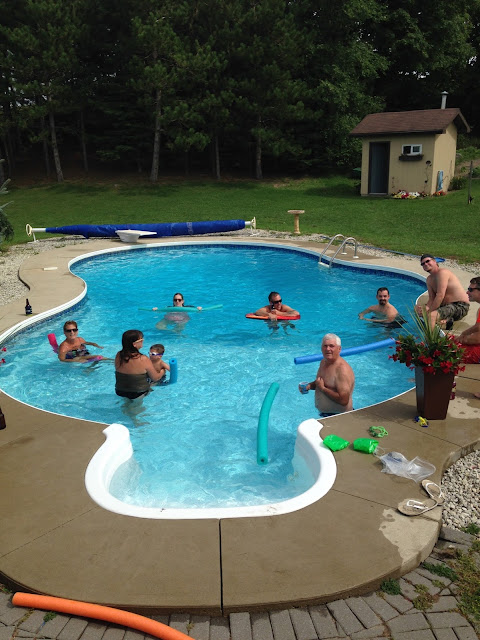 E taking Dave for a spin in the Gator 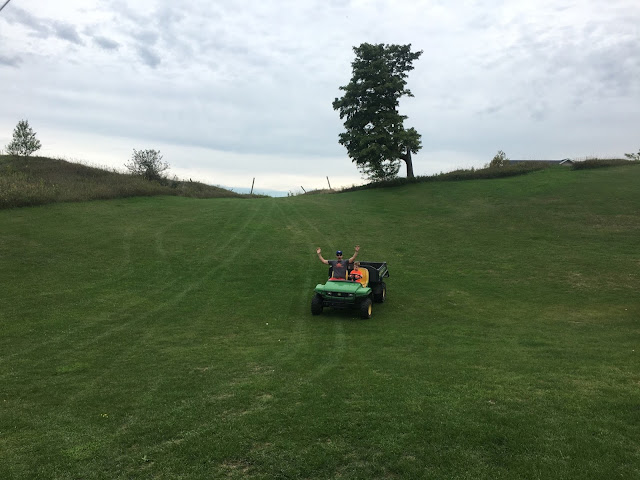 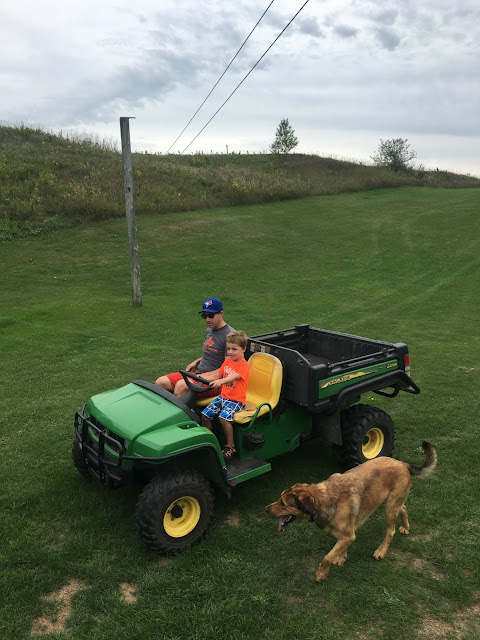 (E is excited to go back when there is snow as he was promised a ride on the snowmobile!)

On Sunday, we did some cleaning and yard work in the morning, and then my mom and I went shopping at Sherway Gardens.  I had not been there since they completed their renovations, it is so nice now and lots of fun new stores.  We at at Joey and I managed to get most of E's back to school clothes, at least enough for now.

While we were gone, Dave took E on a long bike ride to the lake and they played tennis and baseball at the park in our old neighbourhood, visited a few different playgrounds, wading pool, and got a popsicle.  We have not been able to do any family biking this summer, so it was nice for them to go out on this adventure. 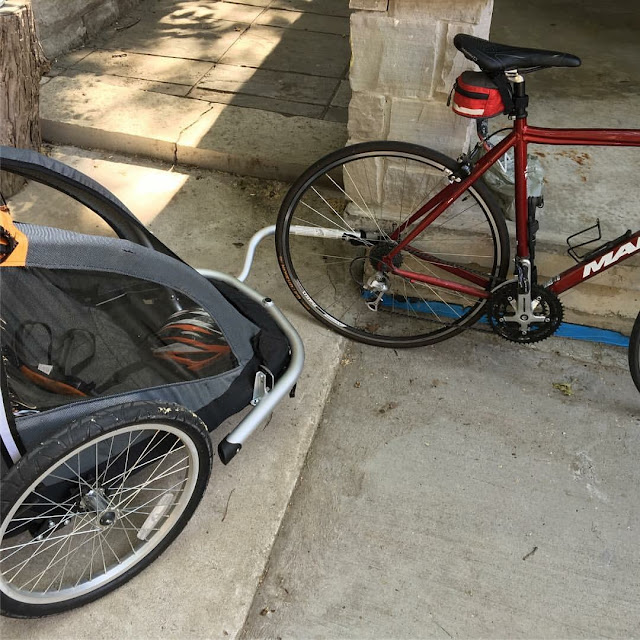 Short week this week and then school next week!!