Labour Day always marks the unofficial end of summer, even though our child isn't in public school so there's no change in schedule.  We had a very unusual summer with not only the cooler than normal temperatures, but also Dave's injury.  We didn't get to do a number of things we would have liked to do, but we still kept busy and tried to stay as active as possible. We did buy a house and sell a house so we had that to keep us busy.  We travelled to Nova Scotia and to Northern Ontario, and Dave got to go to Boston.

For the final weekend of the summer, we went to visit Dave's parents.  Our road trip down to their house included an obligatory stop at McDonalds, and E's first visit to a McDonalds Playplace. 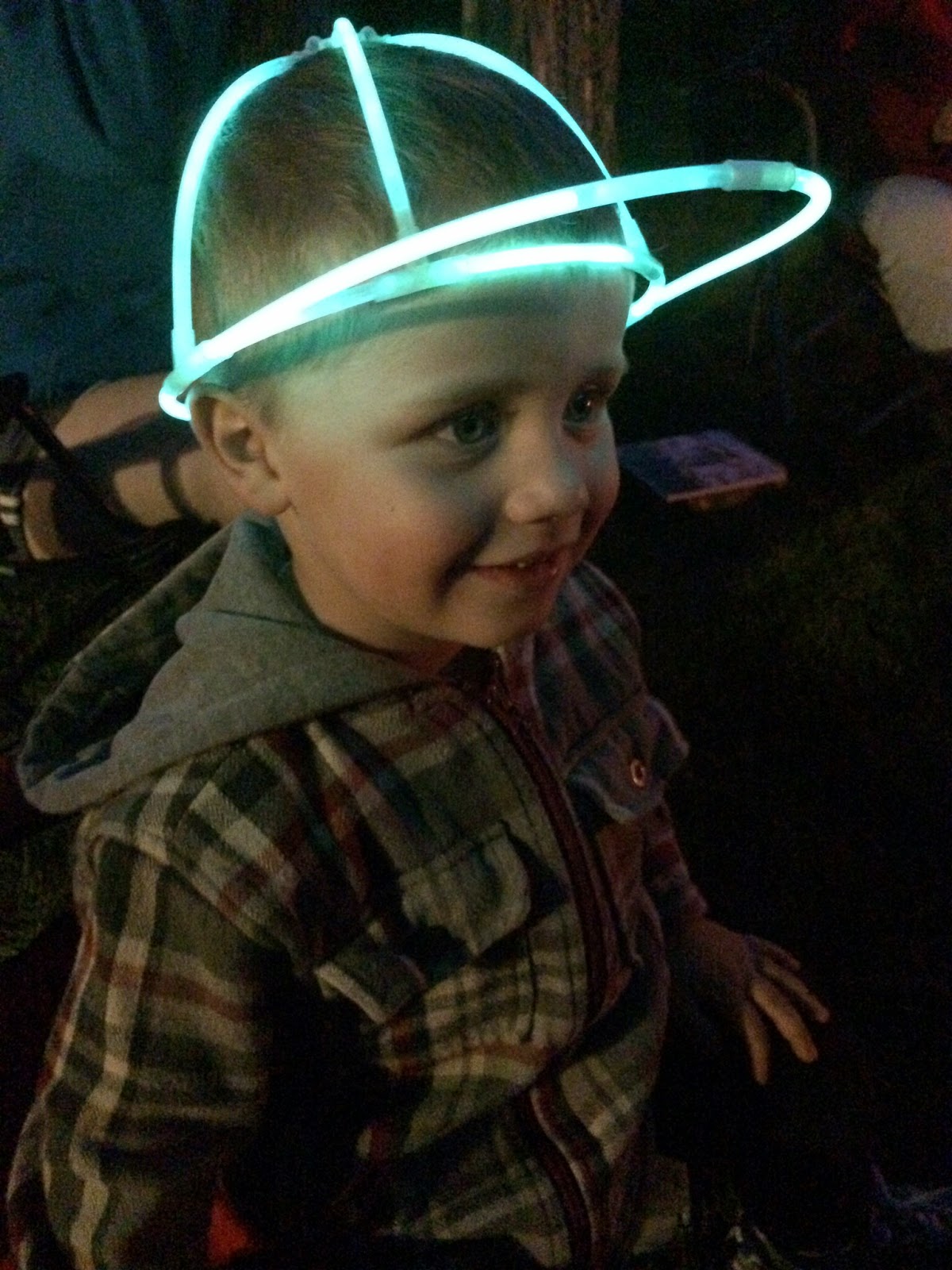 We had a campfire in their backyard fireplace.  This is E's glow stick hat.

On Saturday we were up early for pancakes and a sail.  It was a beautiful morning on the water and E enjoyed himself.  The yacht club has a nice area for its members to BBQ and have a picnic. 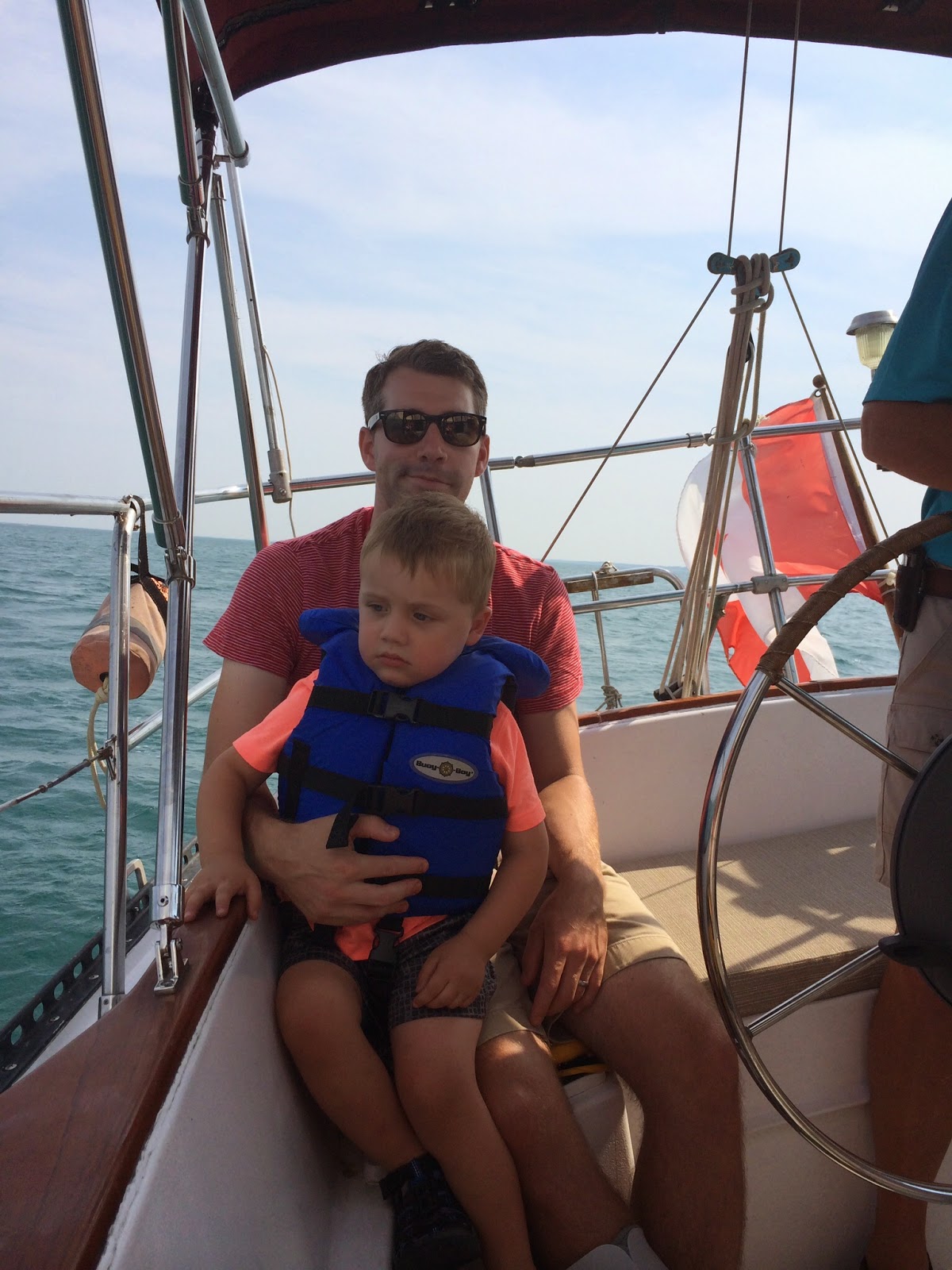 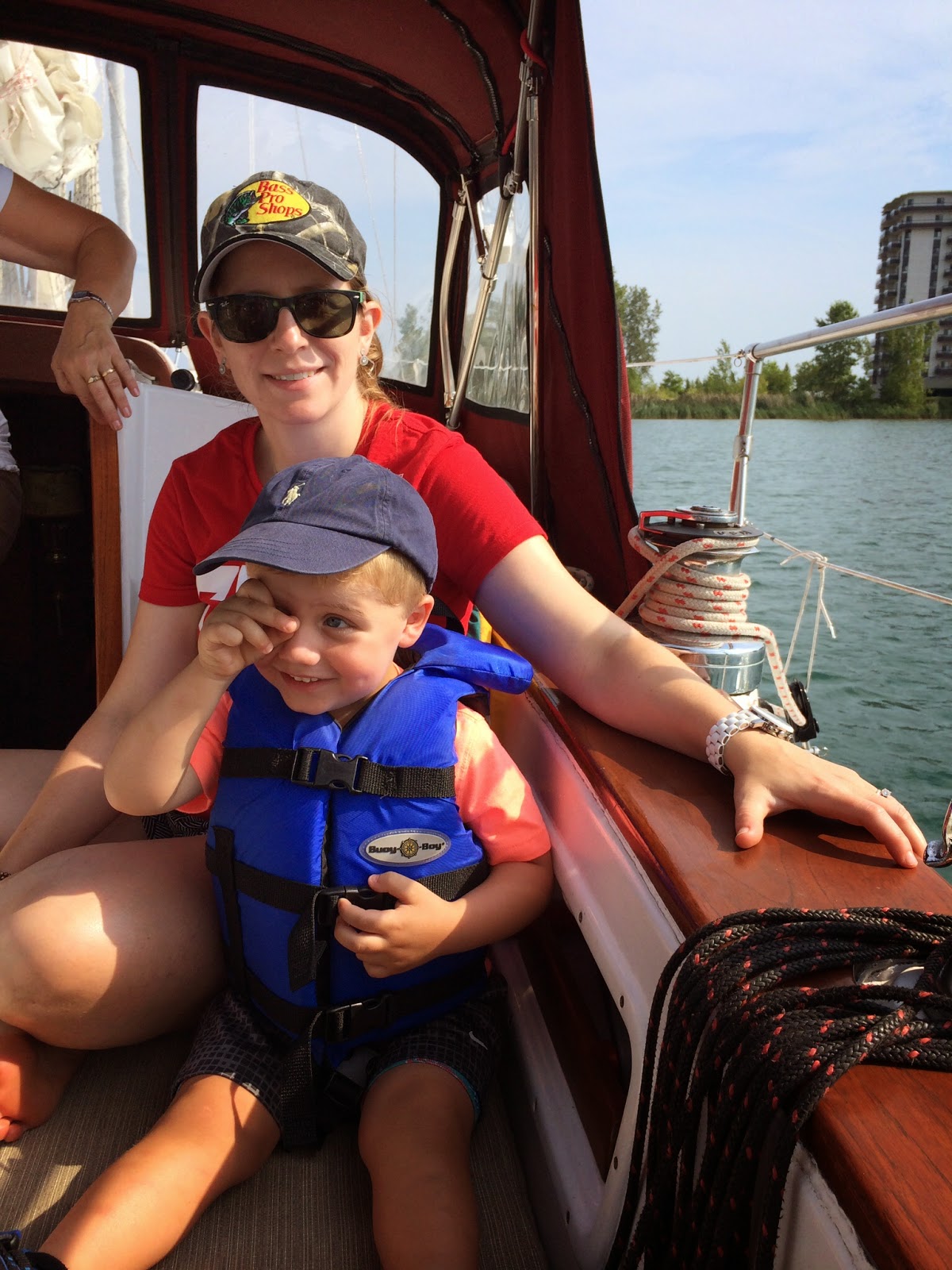 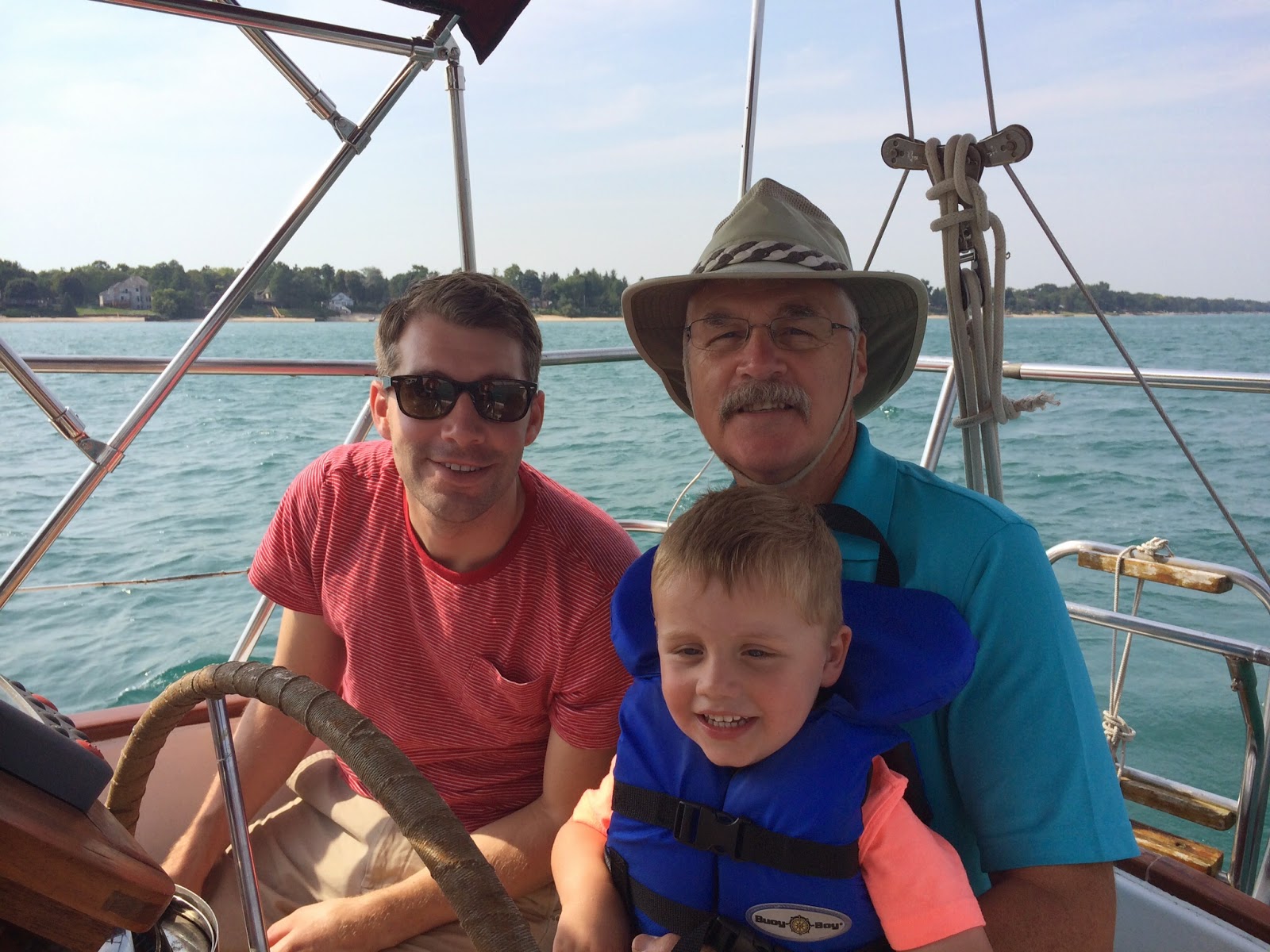 We also stopped by a festival for a tour around the bouncy castle, some mini-golf, and a balloon animal.  I thought E said he wanted a frog, but he was saying "saw", which really meant a "sword" that some other kid had. He was not pleased with the frog, but I thought it was cute. 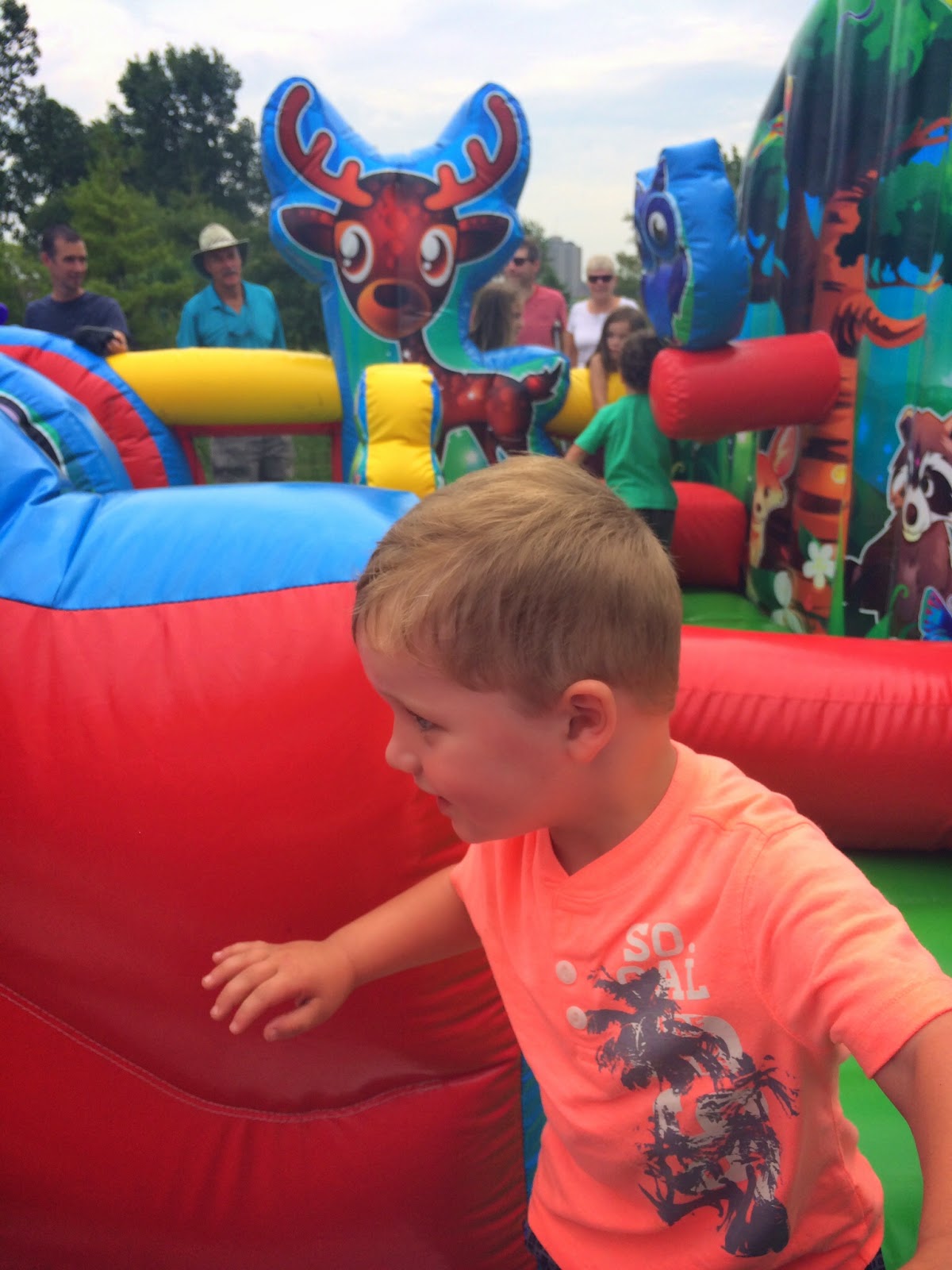 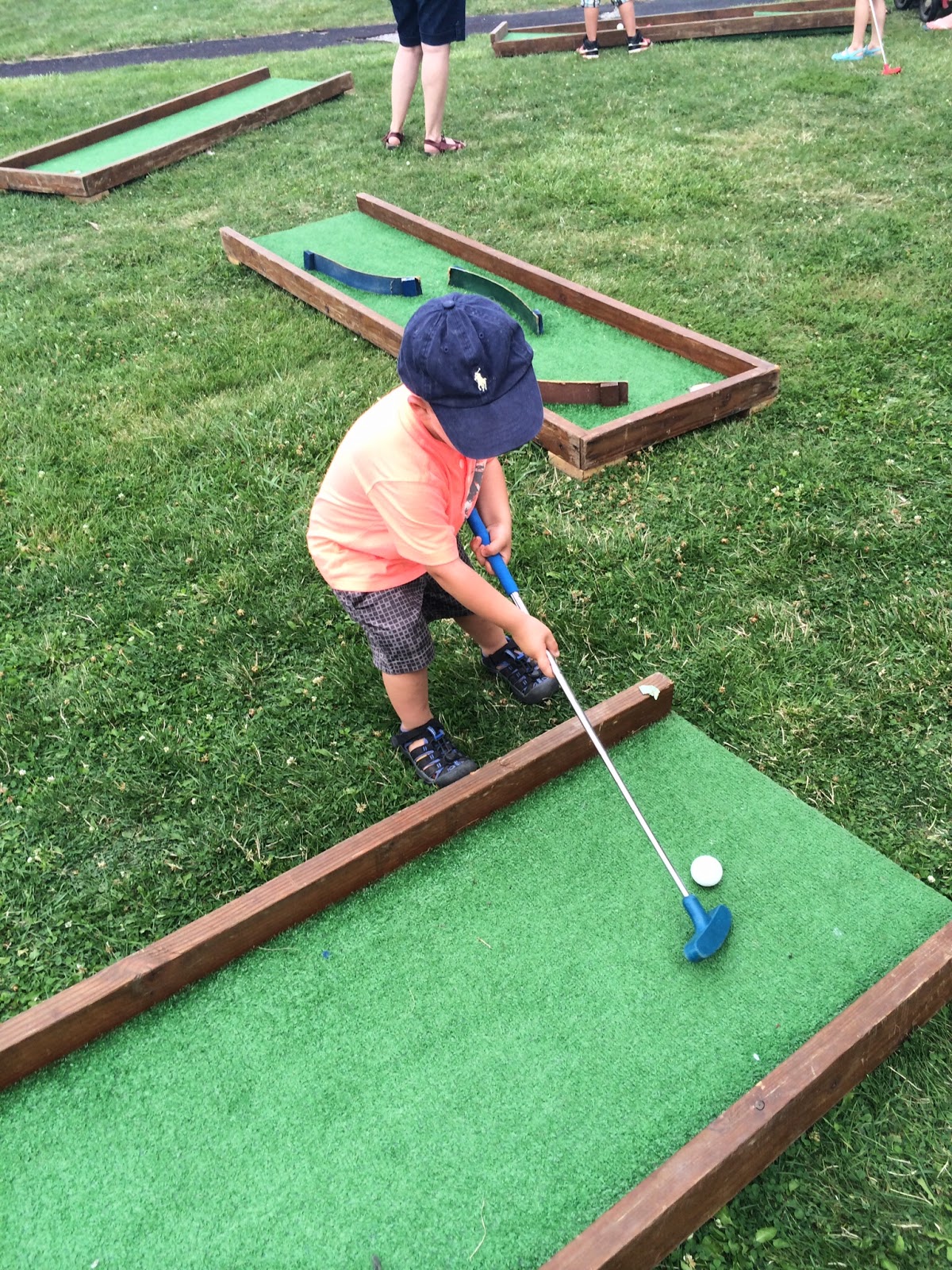 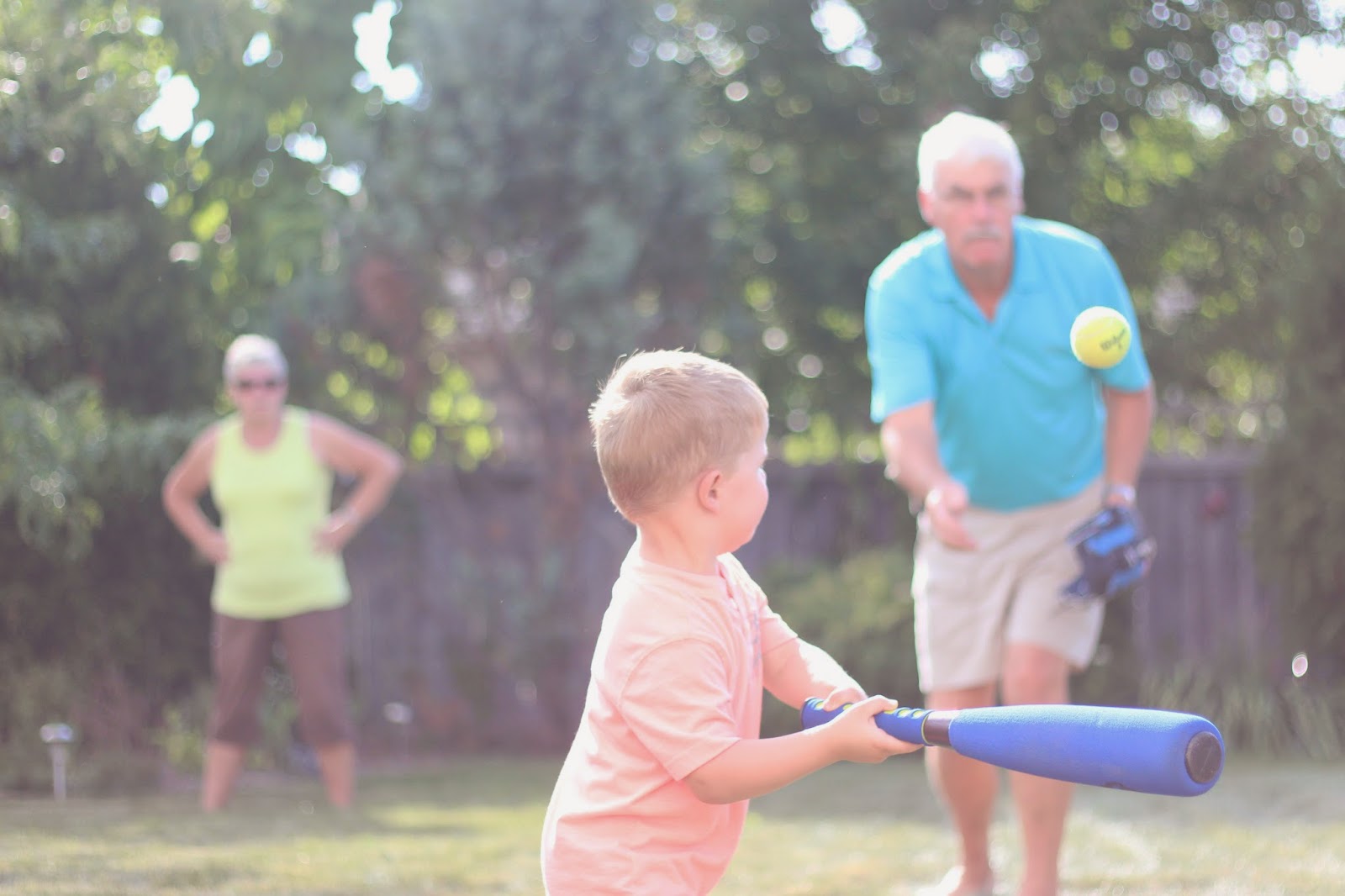 Playing baseball in the backyard. 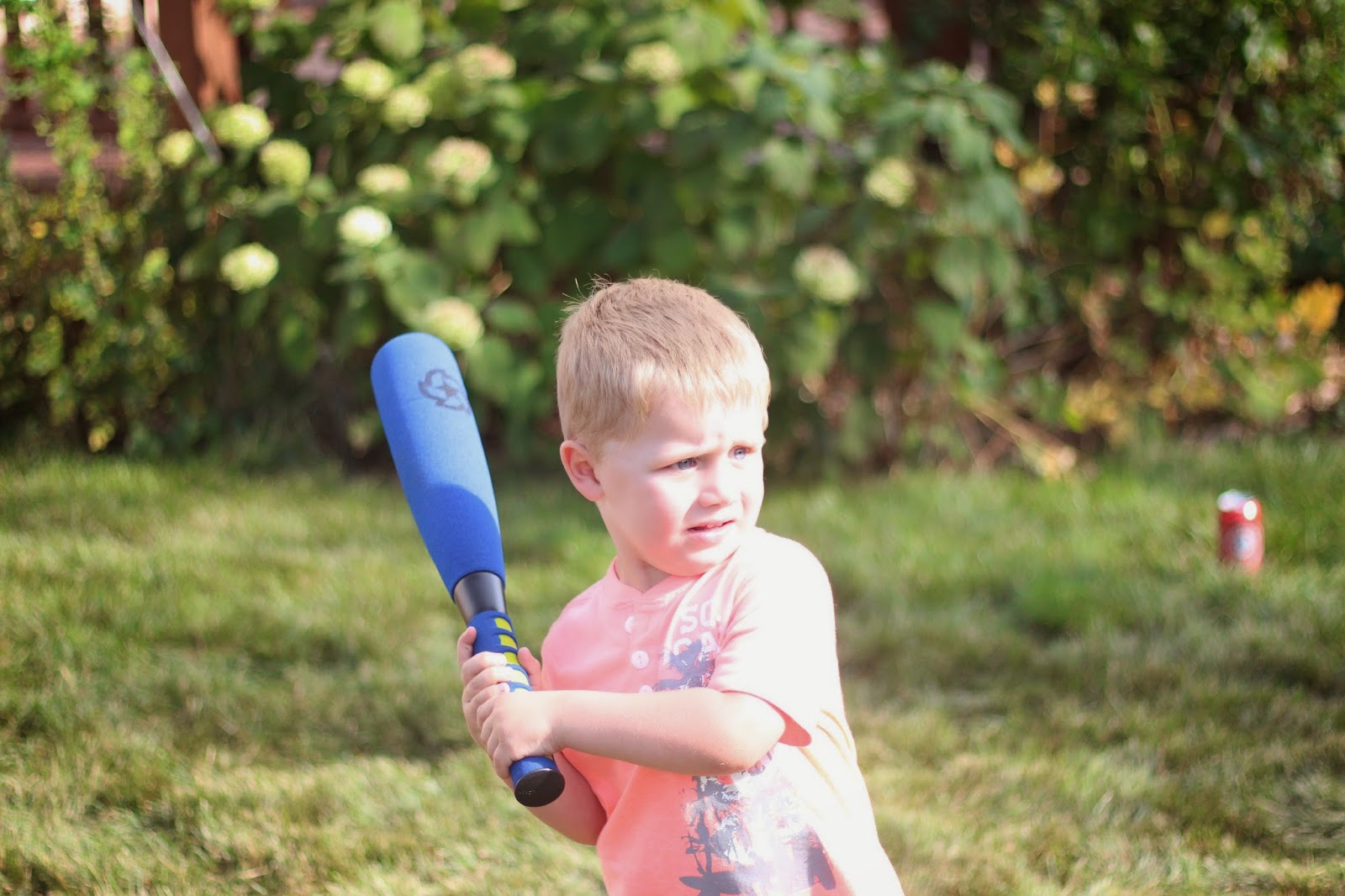 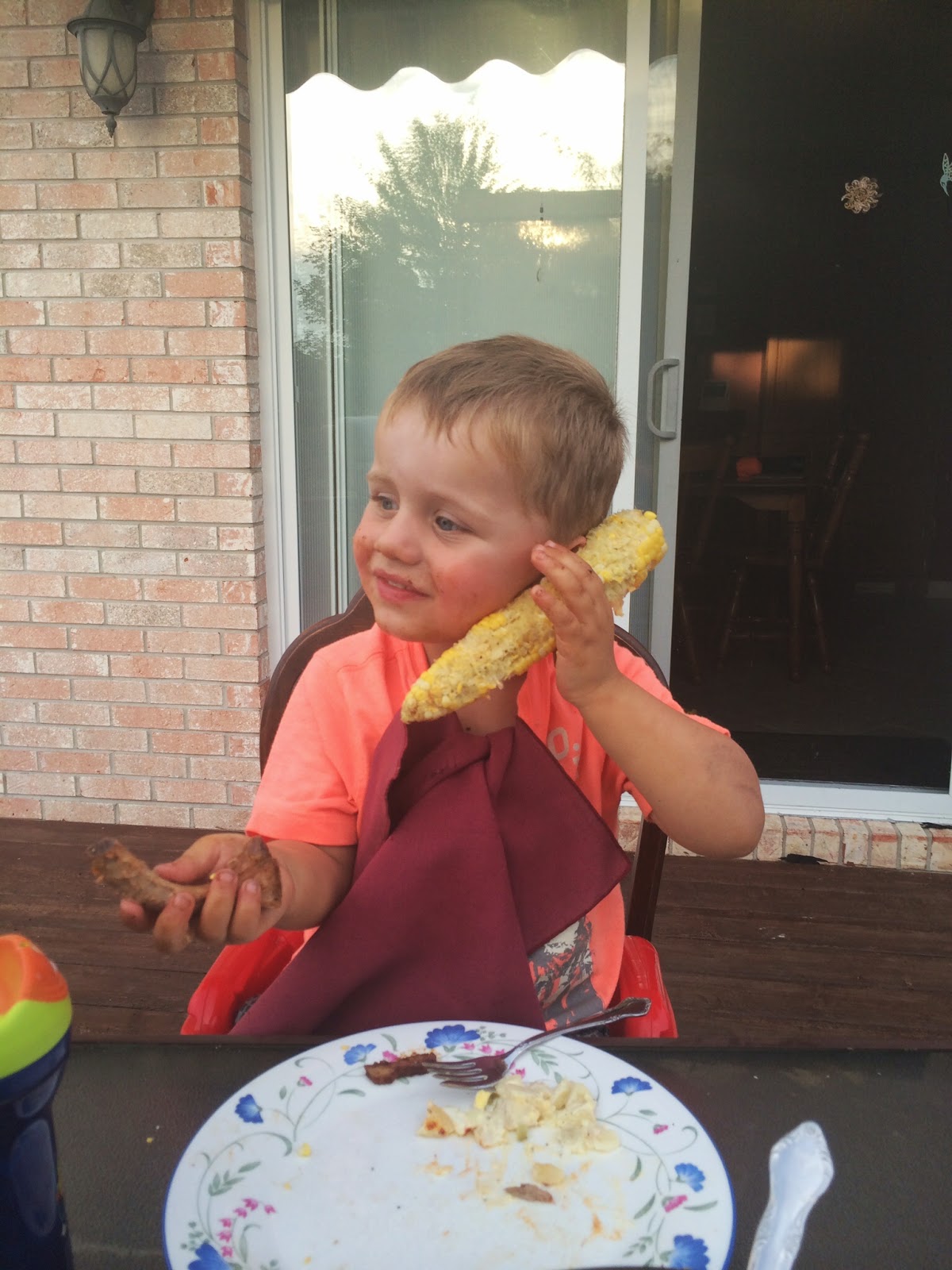 This crazy kid using his corn for a phone. 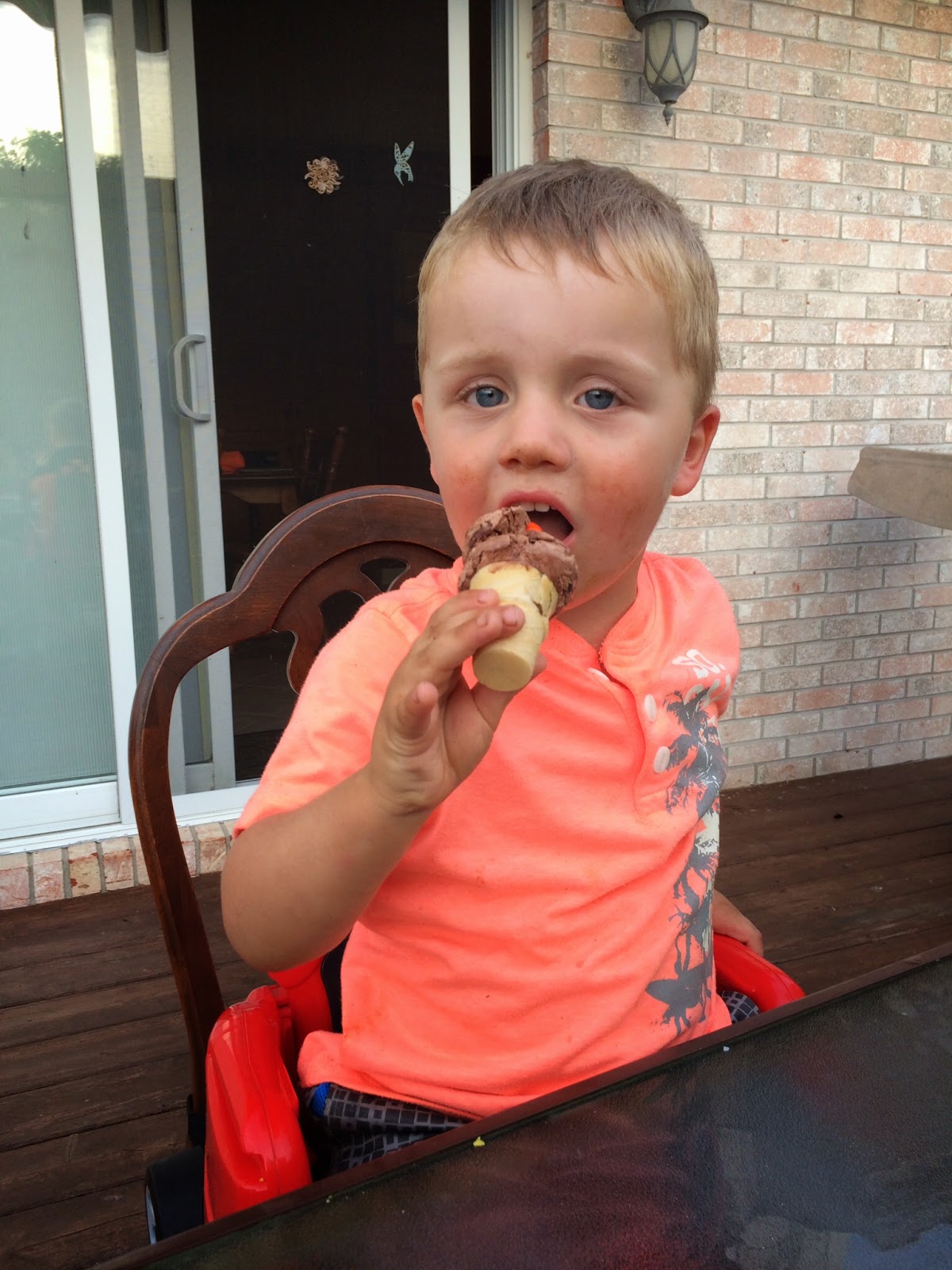 On Sunday we headed back to the yacht club for their Labour Day weekend party.  Spent some time on the beach and managed to stay awake for the fireworks (and I'm not just talking about E!). 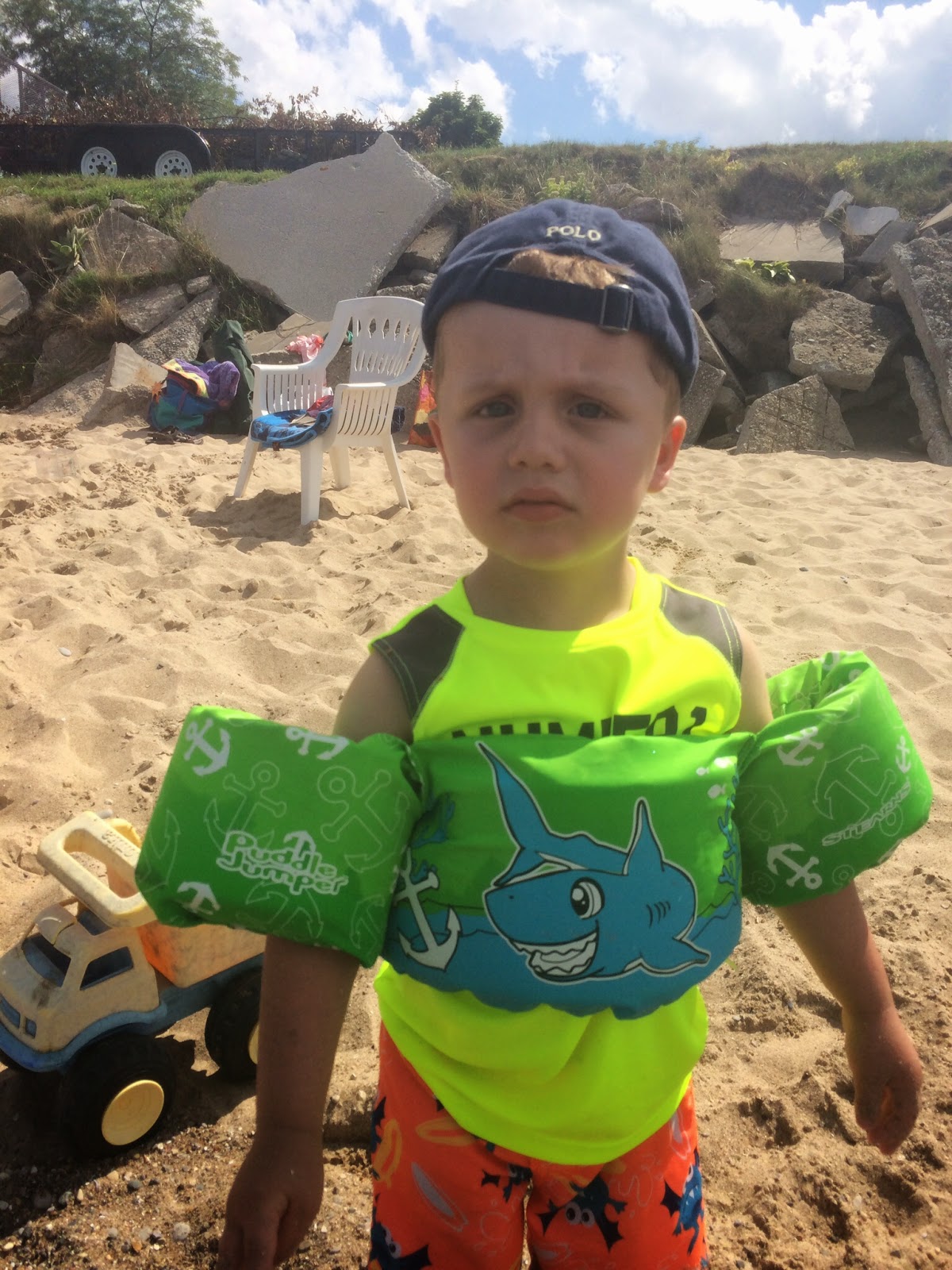 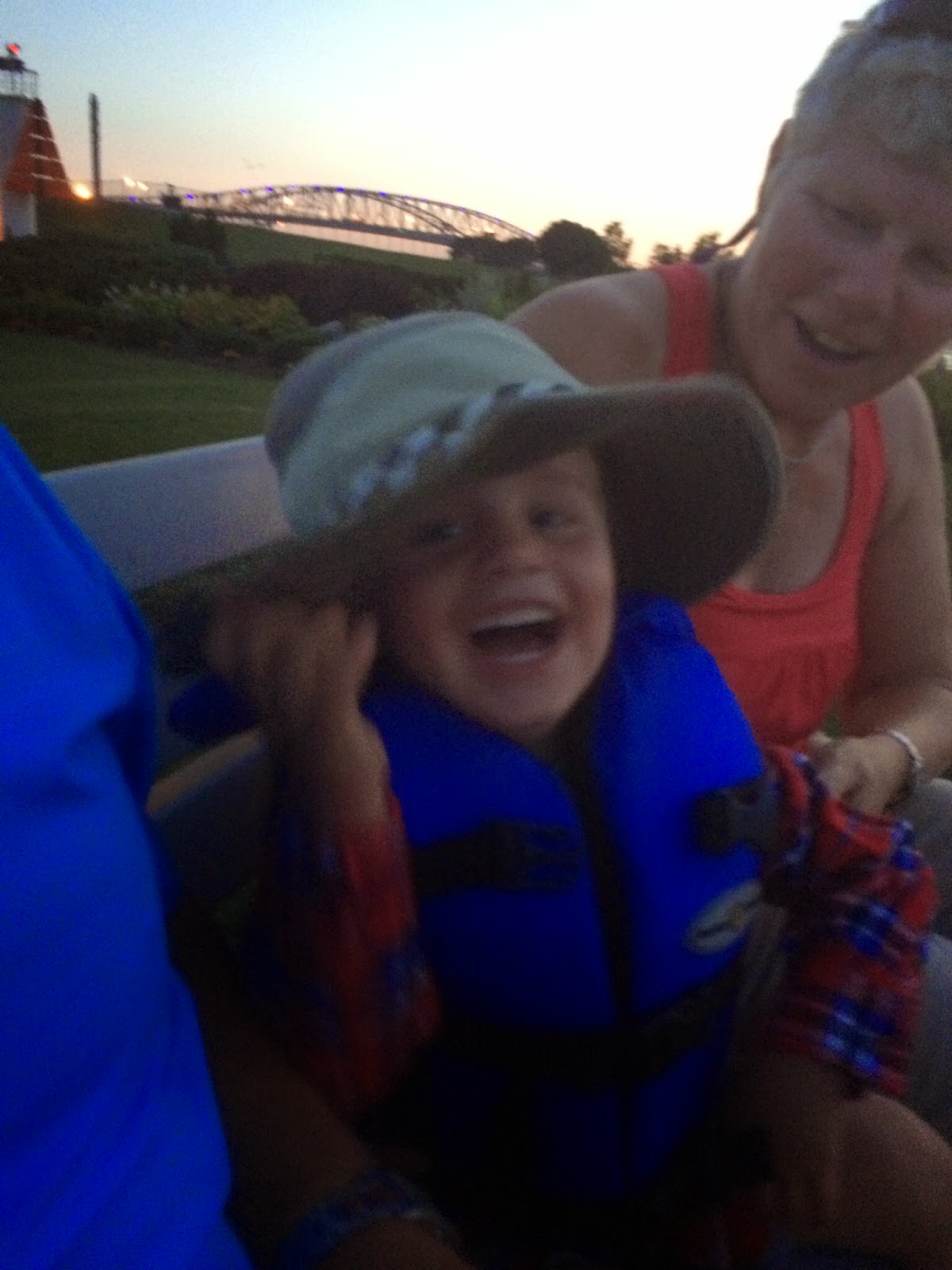 E was very excited that he stole Papa's hat.

Also my gold bag with samples of Arbonne arrived!  So excited to get started with this amazing company. 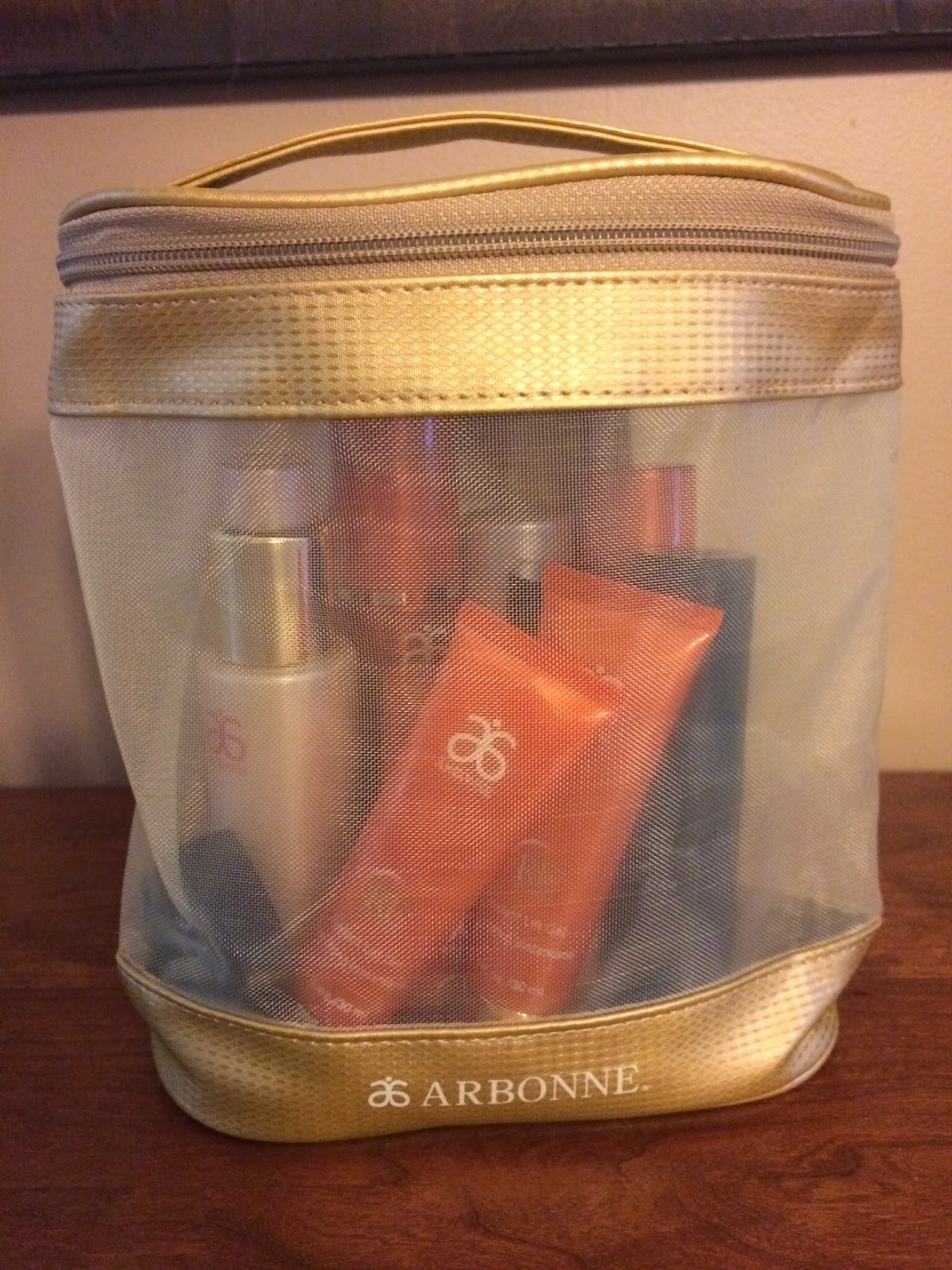