My weekend got off to an early start on Friday.  My deal at work closed on Thursday evening so aside from a few wrap up details on Friday morning, I was able to leave early.  My plan had been to do some shopping but then the day care called to say Q had a fever so I needed to go and pick him up.  He is fine now, probably just teething or something.  But he did have a nice long nap when I took him home so I was able to watch some TV and lie on the couch, so relaxing!

We picked up E somewhat earlier and then went to Plant World to get our tree.  We have been getting our tree from here for the past couple of years and they always have a nice selection. 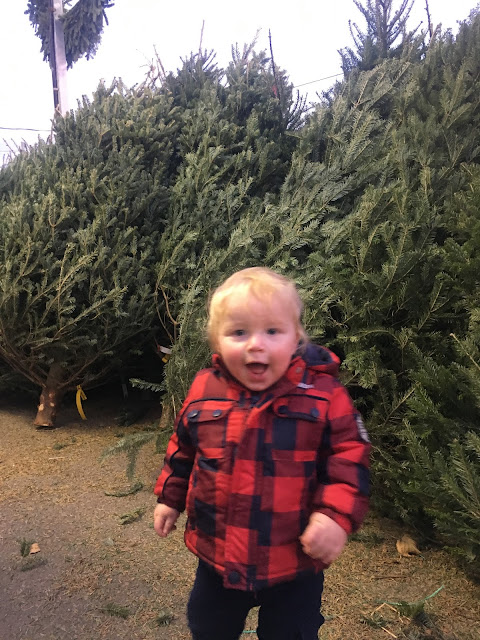 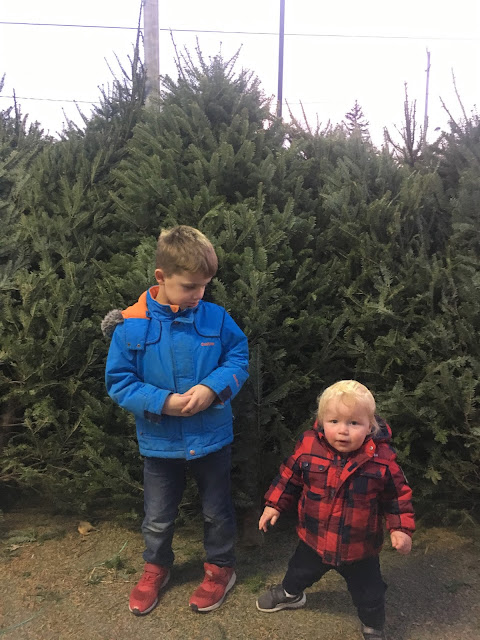 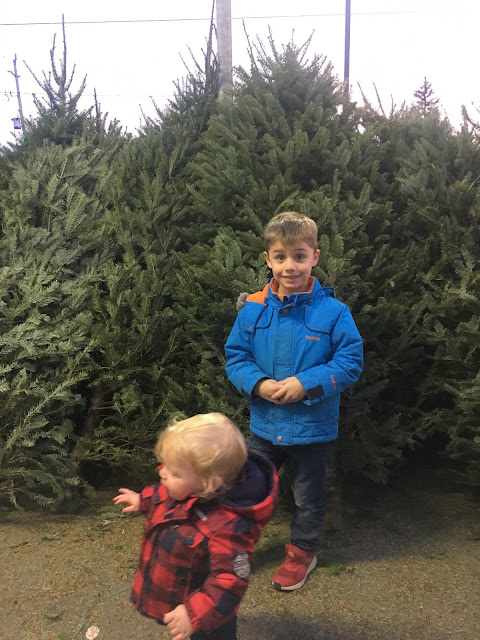 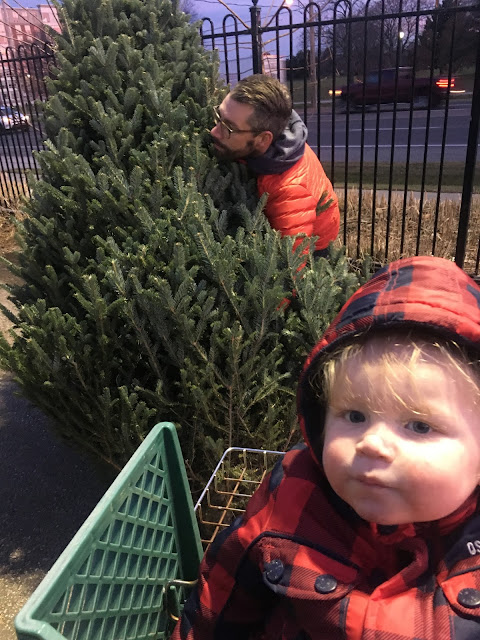 On ordered pizza on Friday night and then got the tree set up in the living room.   Then after the boys went to bed Dave and I watched Office Christmas Party.  It was actually funnier than I remembered.  The first time I saw it was last year at the Mama and Baby matinee.  I think this will become a staple for holiday movies.

On Saturday morning we were both up bright dark and early.  I had a workout class at 7:00 am and that meant Dave had to do the sign up for swimming.  I was tired but I was glad I got some exercise in!

Then I went to the mall to achieve what I could not do on Friday afternoon.  I got there just before 9:00 just as security was opening up part of the lot, so I got this prime spot by the front door!  It was great to be there so early and I got a lot done before the crowds even showed up.  I also went into the new Nordstrom, it was so nice! 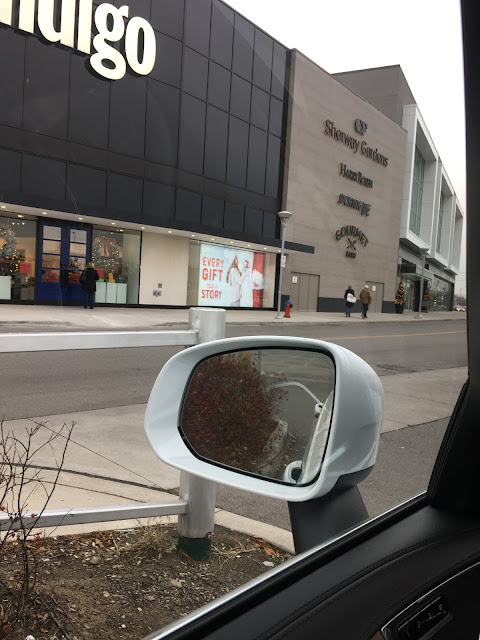 After I got home from shopping, we had a quick lunch and then went up the street in search of greenery pots for our urns out front.  I have tried building my own in the past but I have not been very successful so we decided to buy them this year.

Then it was home for a little quiet time (except for Dave who washed all of the downstairs windows inside and out) before decorating the tree. 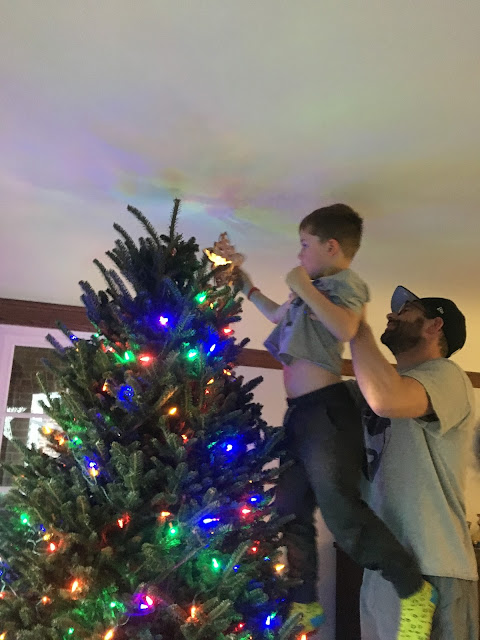 He has his own in his room. 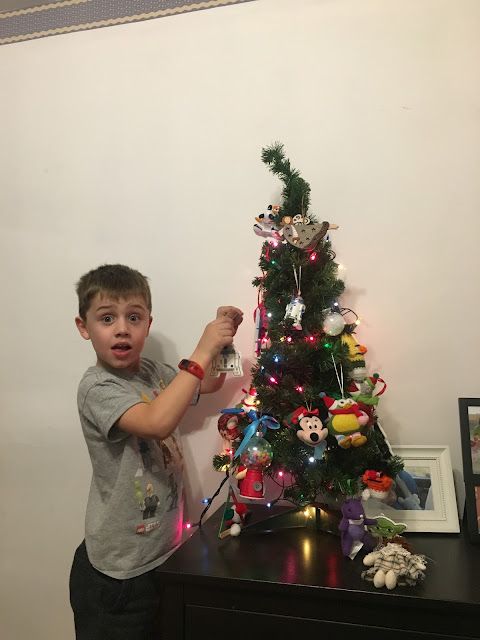 We had dinner that I'd prepared the day before and then got into bed. I could have gone to bed at this point, but instead Dave and I watched Mudbound on Netflix. 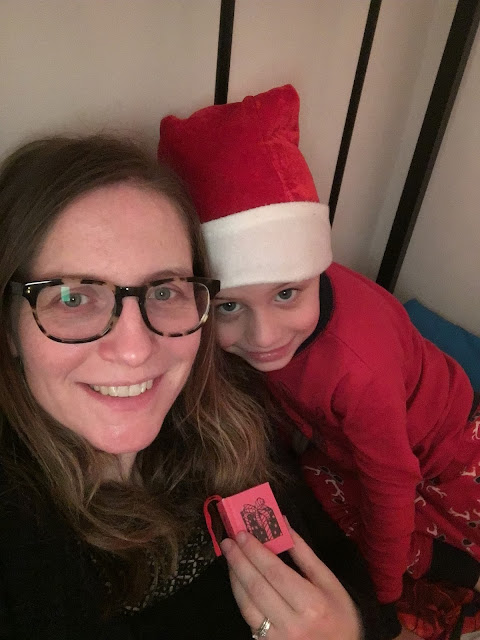 The next day E was singing in church with the children's choir.  This is then getting set up during the candle reading.  They did a good job and they will be singing this same song (different verses) for each week of Advent. 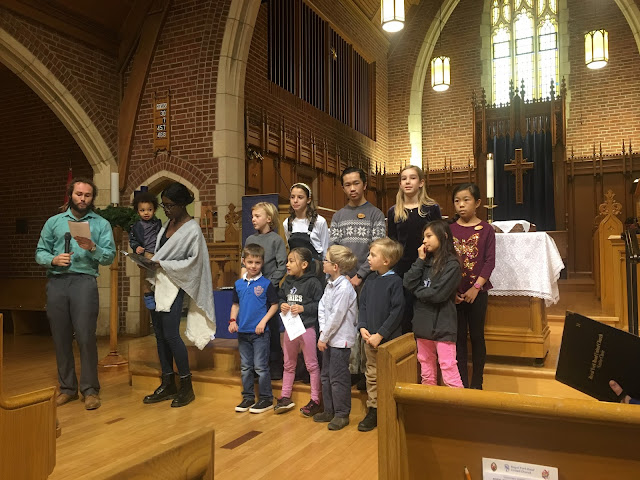 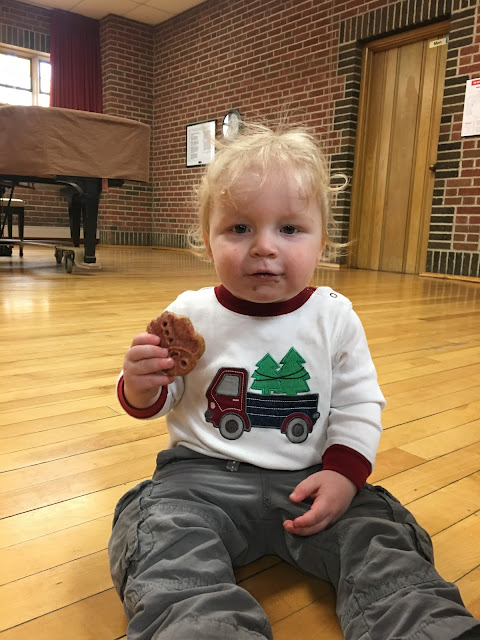 Here are the greenery pots we got the day before. 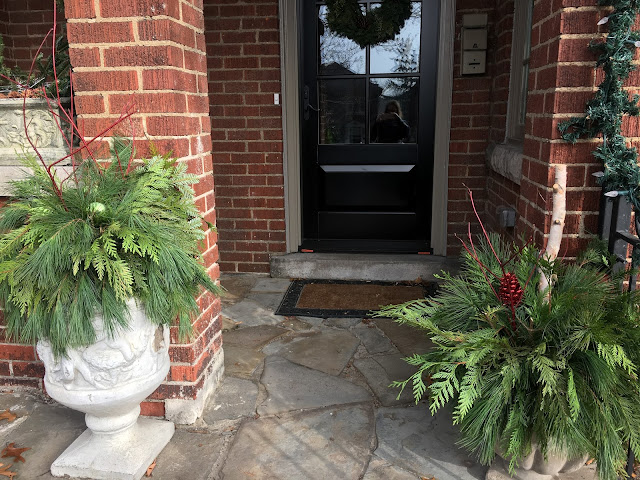 We did some stuff around the house and then I took Q to the grocery store with me.  I was trying to get him to help me carry in the tape, but he just stayed where he was and then eventually sat down. 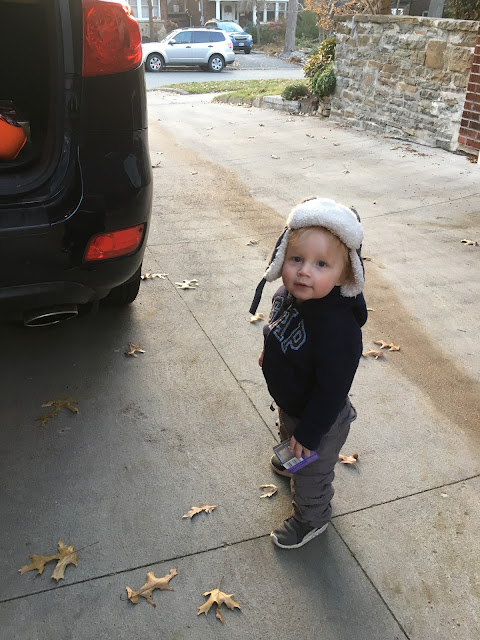 Festive ice cream sandwiches and drumsticks made their way into our shopping cart and then into some little hands after supper. 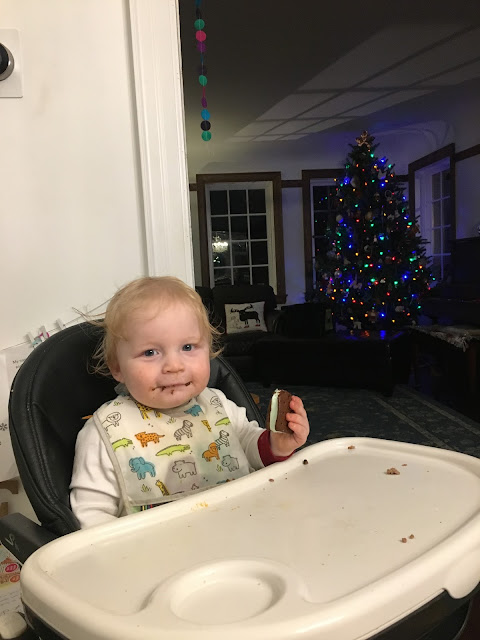 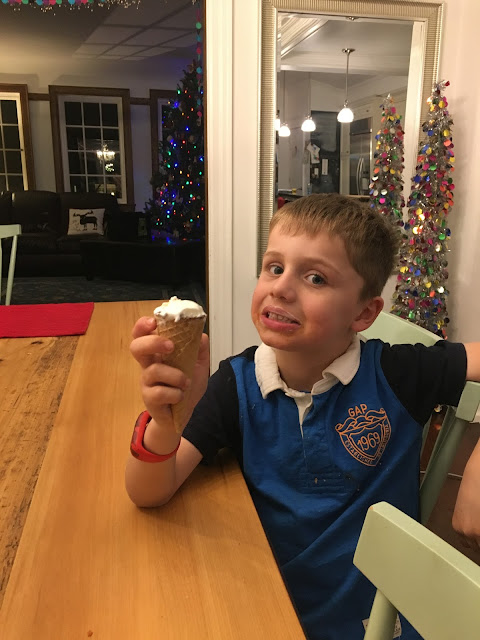 A usual Sunday night of baths, cleaning up, TV, and trying to get to bed early for another busy week ahead!