Today is election day (finally).  If you have not voted in the advance polls yet, make sure you get out there to vote.  Below is a repost of my rant about voting from the last time I went to the polls (Ontario Provincial election).  Voting is something I am very passionate about.

I cannot think of one good reason why you should not be voting if you are eligible to vote in this election.  It goes beyond "if you don't vote, you don't get to complain about politics".  In Canada voting is a right that is protected by our Charter of Rights and Freedoms, that is a big deal.  It is something that is listed right after the fundamental freedoms, so it is clearly very important.When you don't vote, I think it is akin to spitting in the face of those people around the world who do not have the right to vote in a free and democratic society, and those people who fought for the vote in our own country over the years.  We took E with us when we voted this year, at the advance polls, and it crossed my mind that we are blessed with safety when we go to vote that we don't even think twice about taking our toddler with us, and also blessed with knowledge that our votes will be properly counted.  This does not happen in other parts of the world.  My response to people who say they don't vote because they don't know like any of the candidates - show up, make it known that you care, and the spoil your ballot. I've done that.  Don't mark an X, or write in a candidate, or check off everyone, it doesn't matter. What does matter is that you've exercised your right that was earned for you by people that came before you.  Get out there, do it, be responsible, vote!

If you can believe it, I only took two photos this weekend so I'm going to keep this weekend recap short and sweet.

On Friday night I took an uber (for the first time!) downtown to meet my friend to watch the Blue Jays game.  They lost, and the game was pretty boring, but a good game to watch with friends because we could talk and catch up without really missing the game. 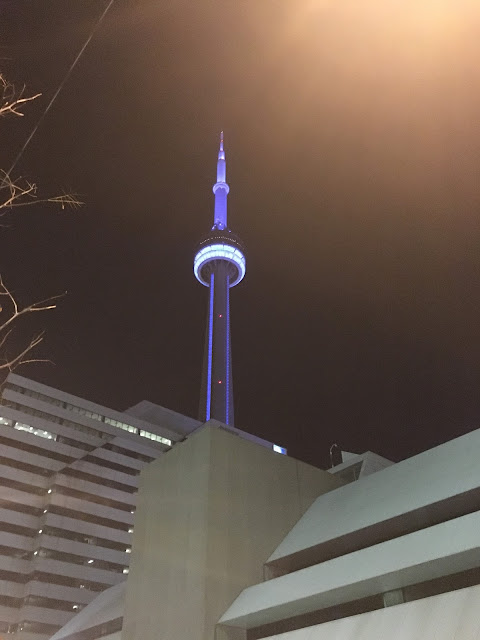 The CN Tower was blue for the game 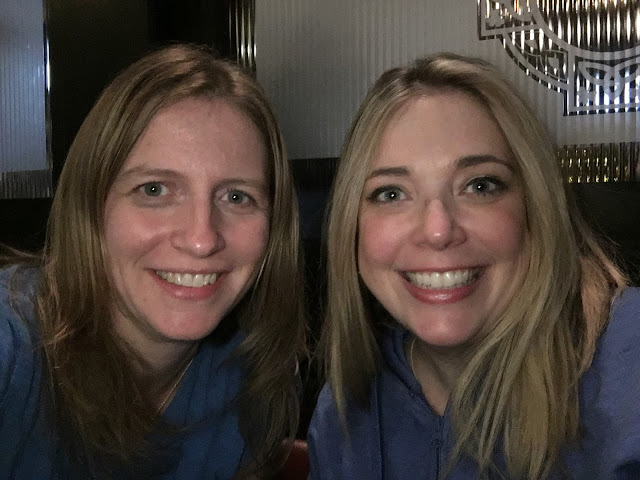 On Saturday, we took it easy in the morning - Dave's parents and aunt had been in town and they were leaving that day.  I walked E to Sportball and then we went to someone's house for a pizza lunch and playdate.  We went home mid afternoon to catch the next Jays game and a friend came over to watch (and make us dinner!).

On Sunday, I decided to stay home from church since I had a cold and was tired.  Instead we did stuff around the house - put away laundry, change out summer clothes for winter ones, put plastic on our windows, clean up the yard, and pick up a few things at Homesense for the house.

The same friend I hung out with on Friday night and her friend who was also in town came to our house for supper and then I drove them to the airport.  Always a pleasure to host friends who come to Toronto!