What a busy weekend!  I feel like we were working towards E's birthday party and the first Halloween event for awhile, even though it was only a week or so, but we got everything organized and it was a successful weekend.

On Friday we had some friends over to watch the Jays game.  Vin was here from BC for a conference so we were happy to visit with him (and Mark, Marion and Vic who live here).  The Jays had a disappointing game (no thanks to Beardo) but overall they had an amazing season and playoff run. 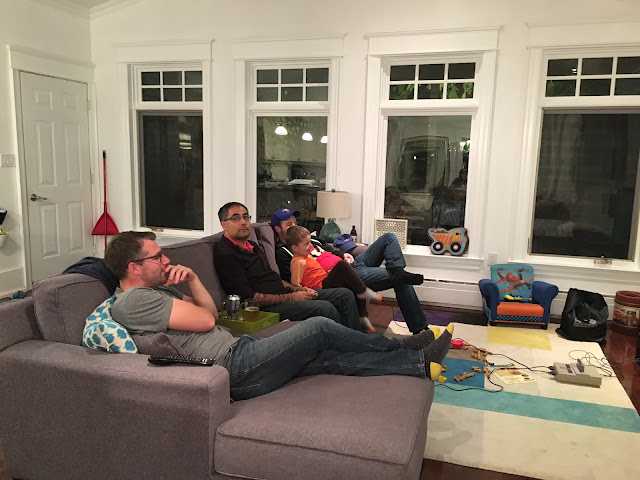 The boys on the couch playing Nintendo waiting for the game to start.

The next morning we got ready for E's birthday party.  I made these cookies for the treat bags, and added them to a small Robert Munsch book for each guest.  I made a regular layer cake (using this recipe) and decorated the cake with balloons (just different coloured icing and red liquorice laces).  I made guacamole and salsa to snack on.  For the kids' dinner I just made some grilled cheese sandwiches and served some veggies and dip.  In addition to the cake and ice cream, we had strawberries and mango (for some kids, including E, they preferred the mango over the cake!).  We had five kids, plus E (and a baby) and a couple of parents stayed around for a visit and to rein in the chaos.  It was a successful afternoon and E was happy to have some friends over. 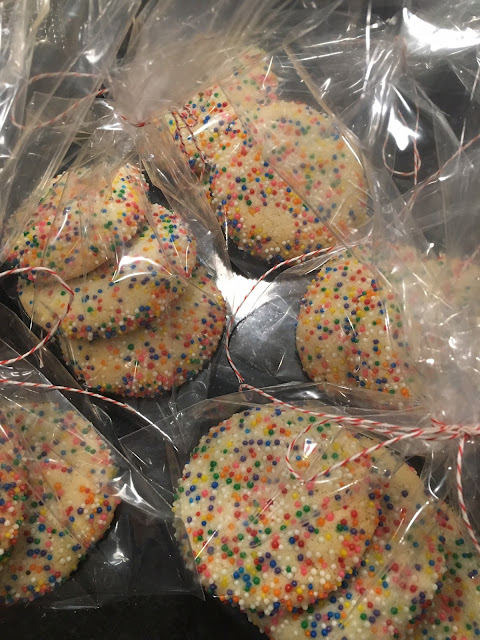 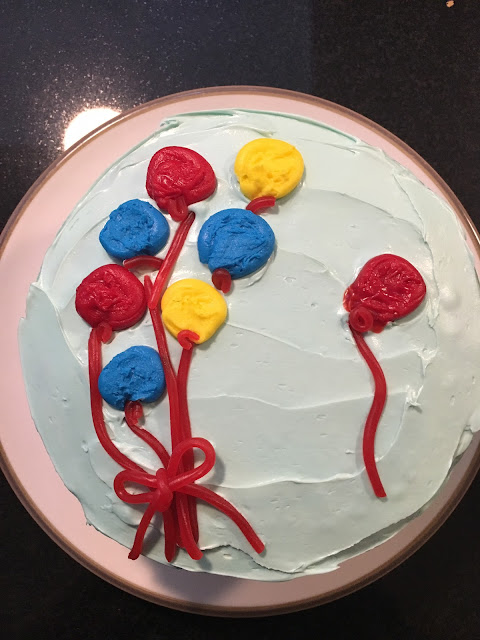 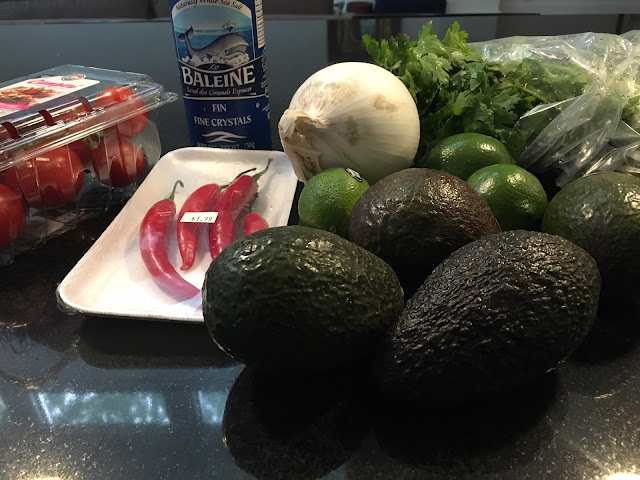 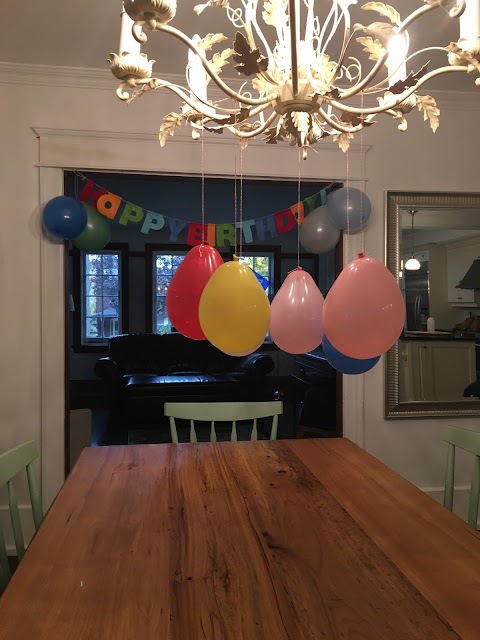 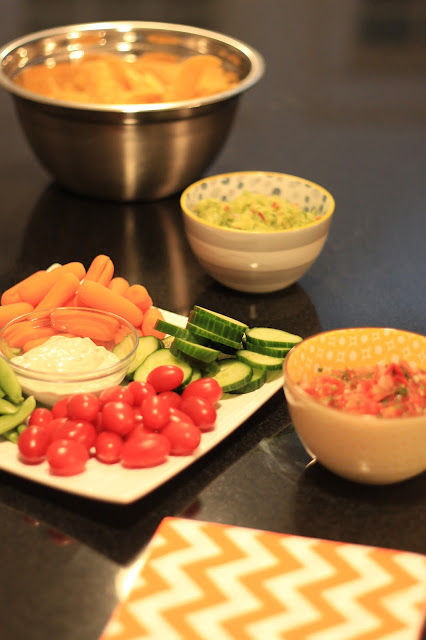 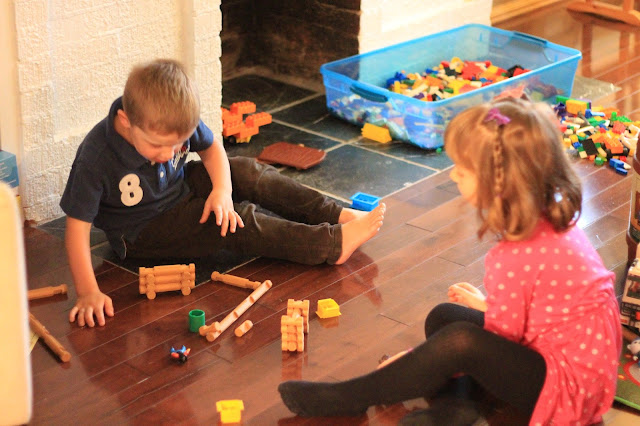 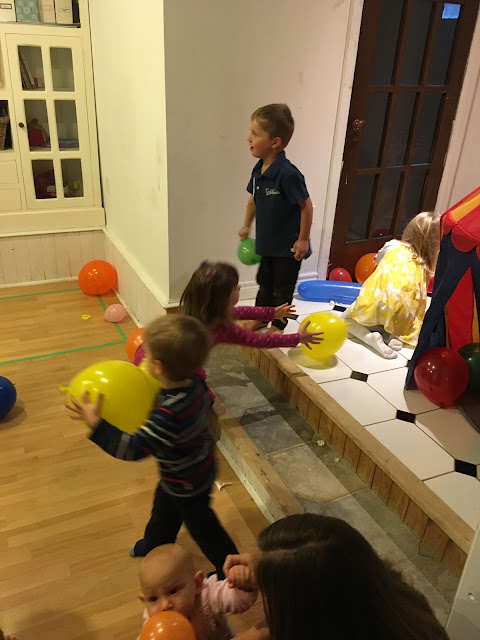 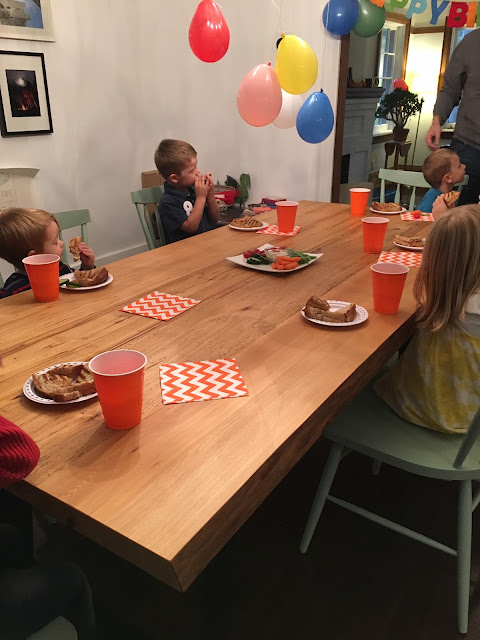 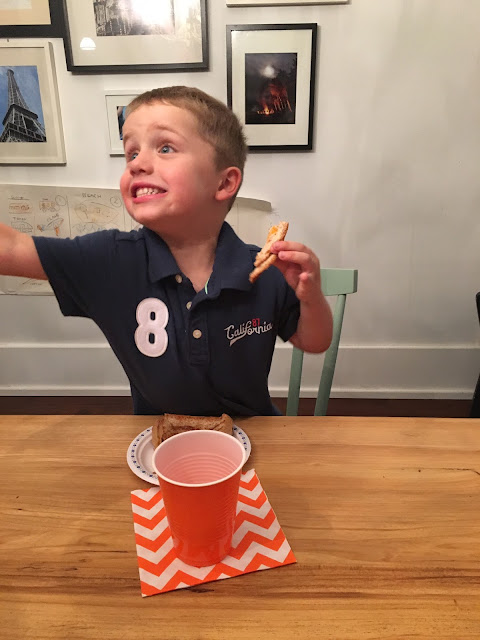 Waiting for the cake 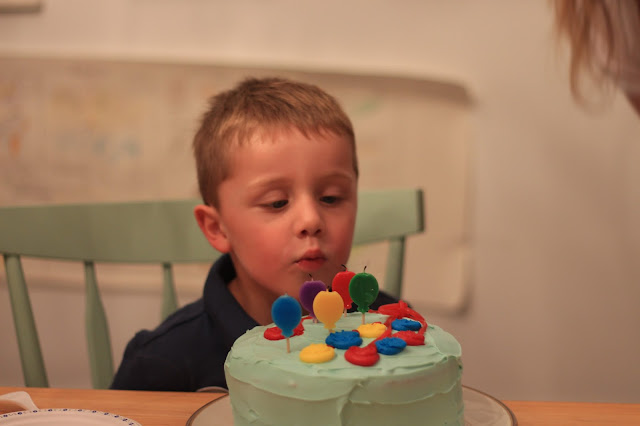 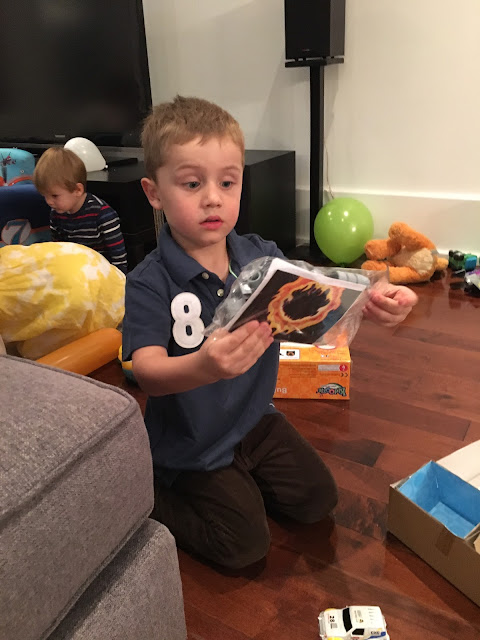 The next morning we got E dressed up as Rubble from Paw Patrol to go to the St. Joseph's Halloween Fest.  They had a 5K walk but we decided to forgo the walk and just go to the street festival.  The costume worked out pretty well, and it was aided by the sheet of Paw Patrol stickers E got for his birthday, and the box of one of the gifts he got that was the perfect size for Rubble's pack.  It was a beautiful day out, although a little chilly when the sun wasn't out. 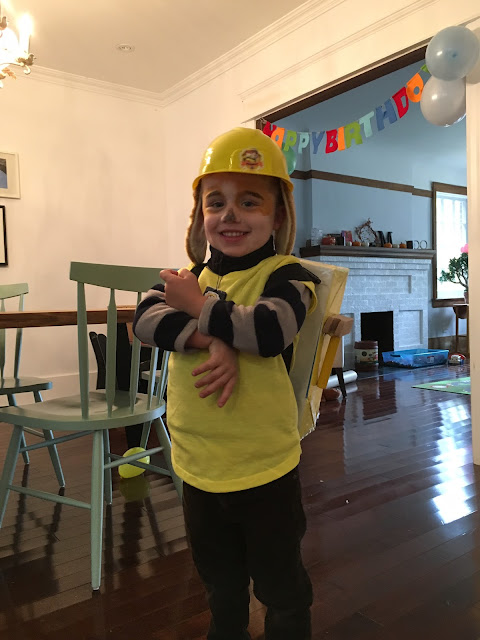 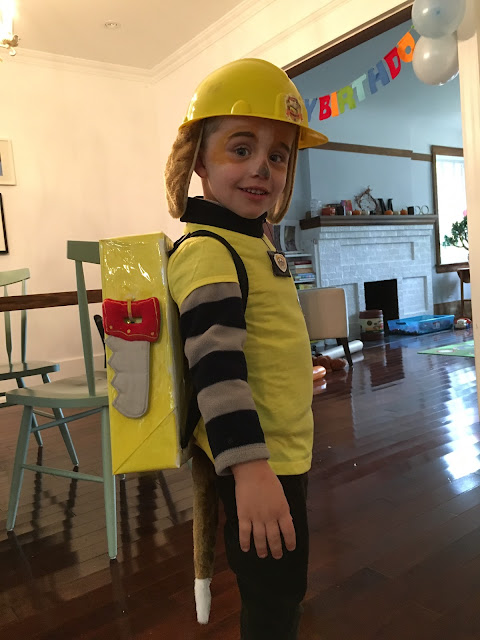 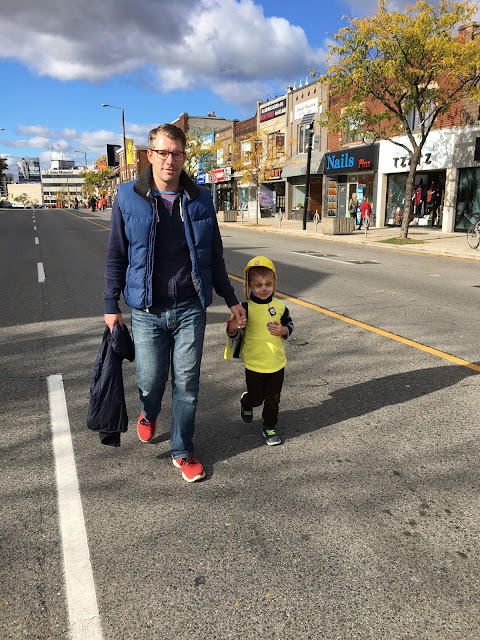 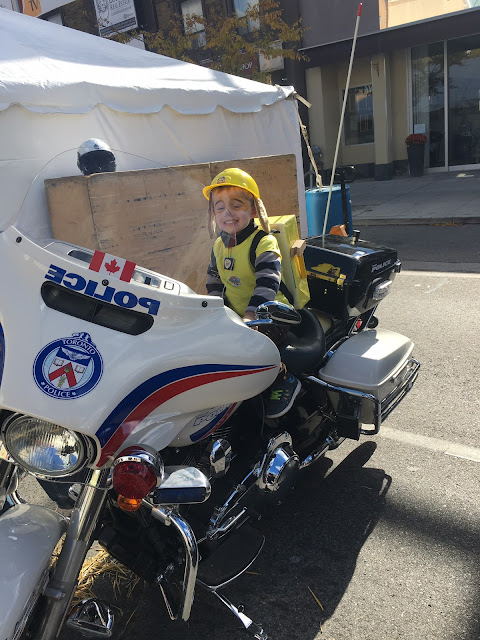 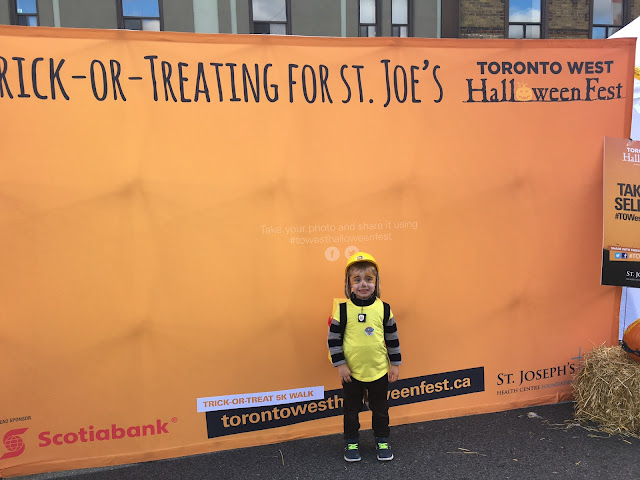 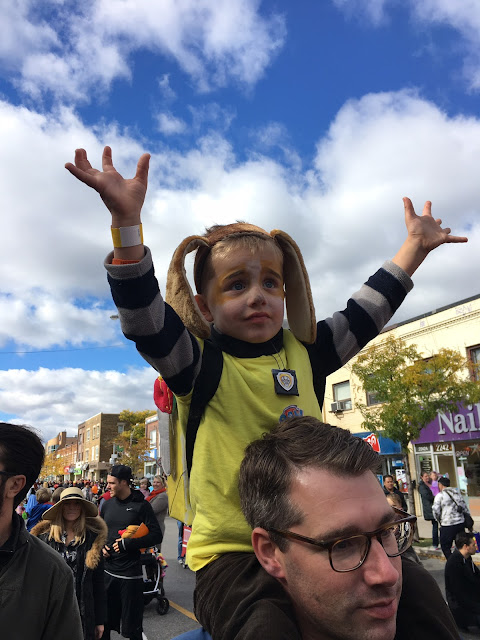 Watching Splash 'n Boots live in concert, they are from Treehouse. 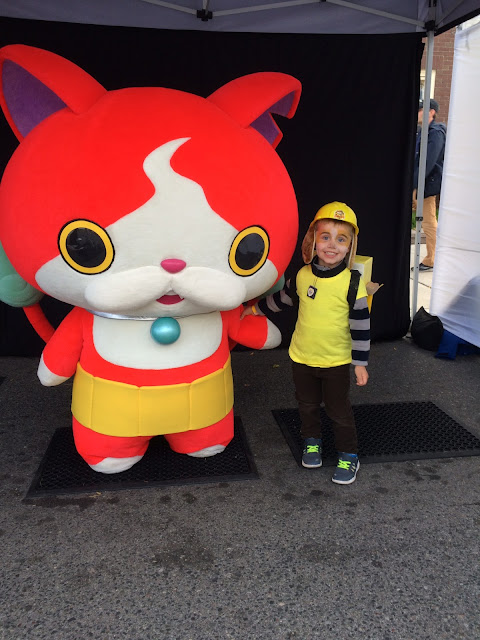 Not sure what this is, it was at the Nintendo booth 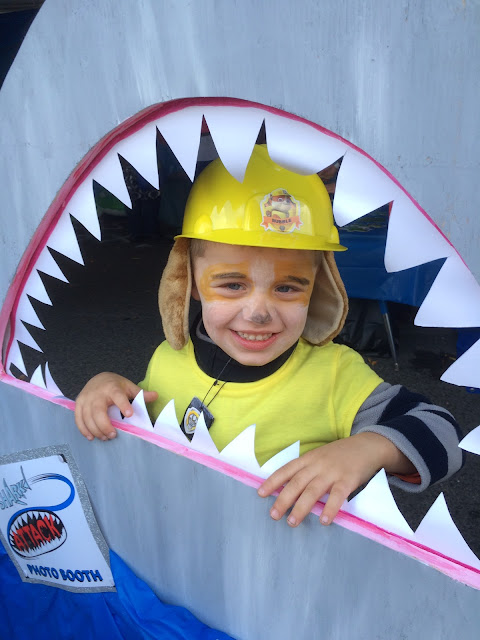 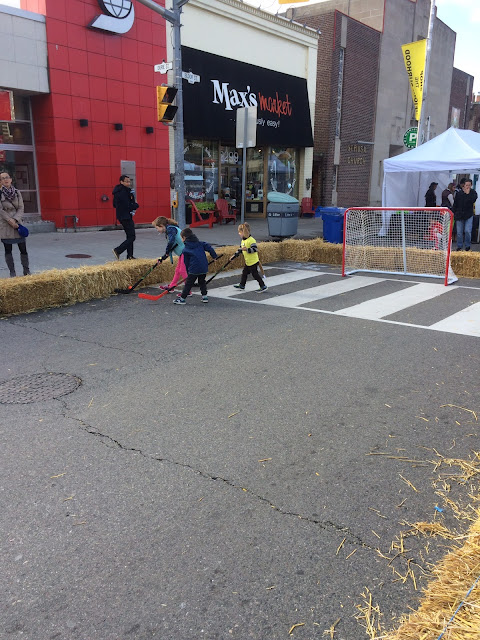 Much to my dismay E played at the hockey booth about four different times, and he was actually pretty good.

When we got home, we watched Star Wars (Episode 4), I got groceries, and then we went for a walk around the block before supper. 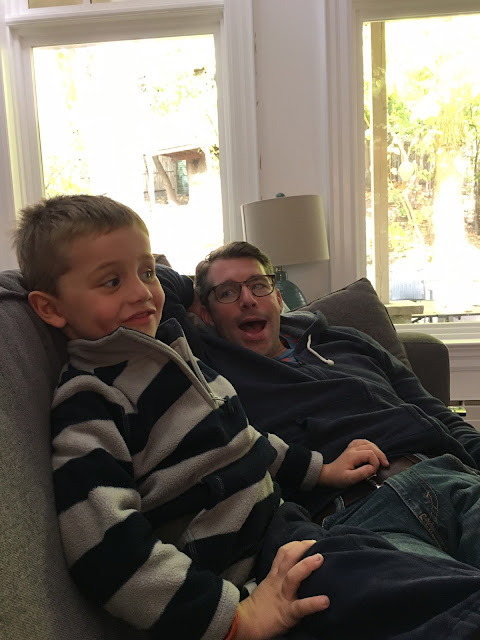 Excited about the movie! 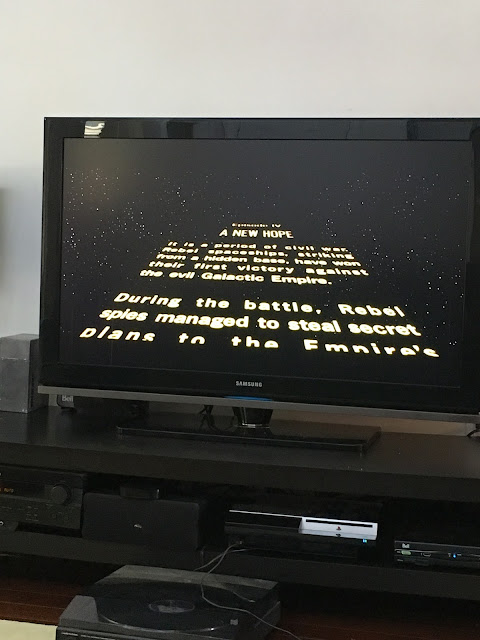 Next up Halloween, a couple of birthday parties, and, dare I say it...Christmas!