We just returned from our third (!) camping trip of the summer, this time we went Sunday to Thursday instead of over a weekend.  I will post a recap of that next week as I get to organize my photos. Spoiler, fun was had, despite several bouts of rain.
I didn't post a weekend recap last week but here are some favourite things from last weekend.  E played catcher for a couple of innings at his baseball game.  He liked that position so hopefully it is something he can get into. 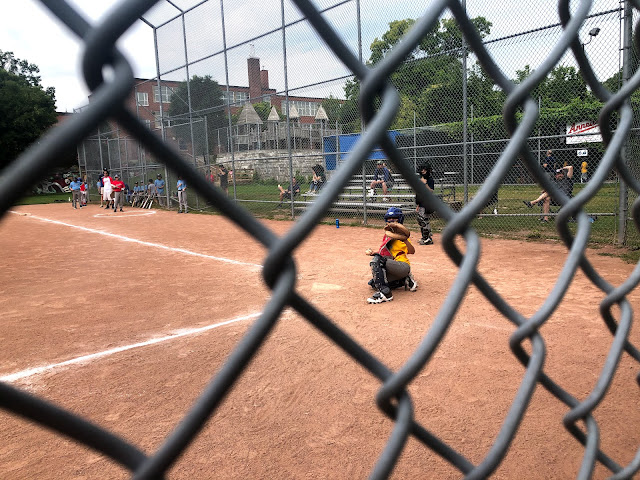 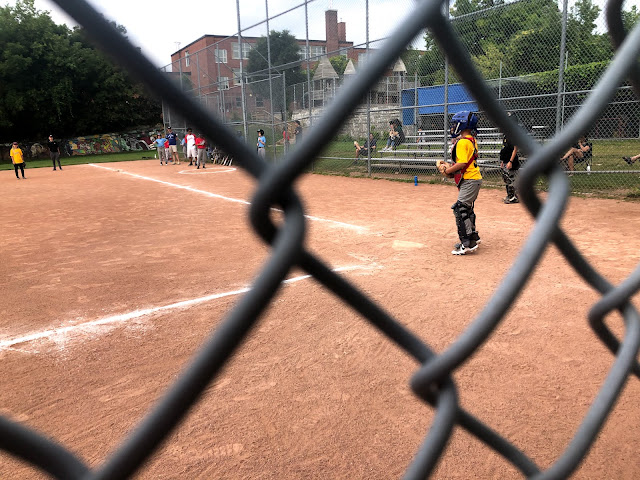 I also took the boys with me to Henderson to pick up some beer for camping and we stopped in for a couple of drinks.  First they had some cream soda. 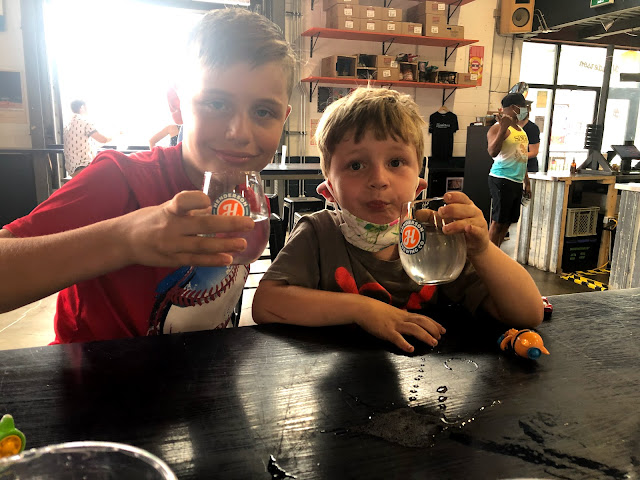 And for our second round, they had juice and lemonade. 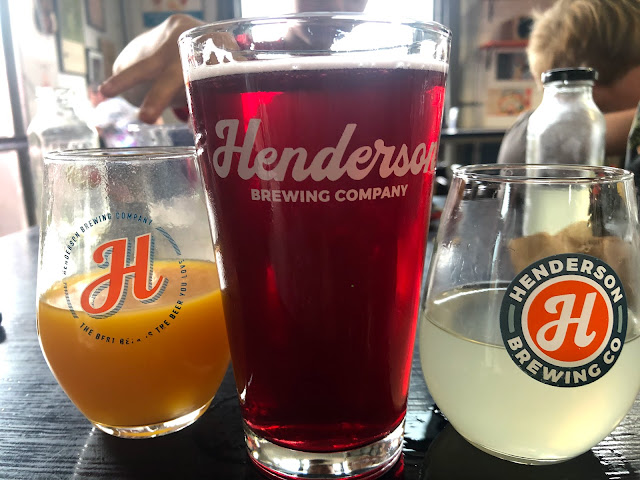 Speaking of drinks, we found a new brand of wine that we like called Bread and Butter from California.  I like the Pinot Noir. 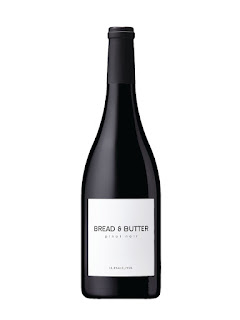 I mentioned The Palm rose last week when my mom was here.  If you're interested in trying it yourself, it is finally in consistent stock in Ontario.  I've been looking for it all summer and for the longest time the only store that had it was in Thunder Bay, so when my mom found that bottle, we thought it was a special rare bottle that had somehow made it down to Southern Ontario, but I just checked and it's everywhere now so enjoy the last weeks of summer with a fresh rose. 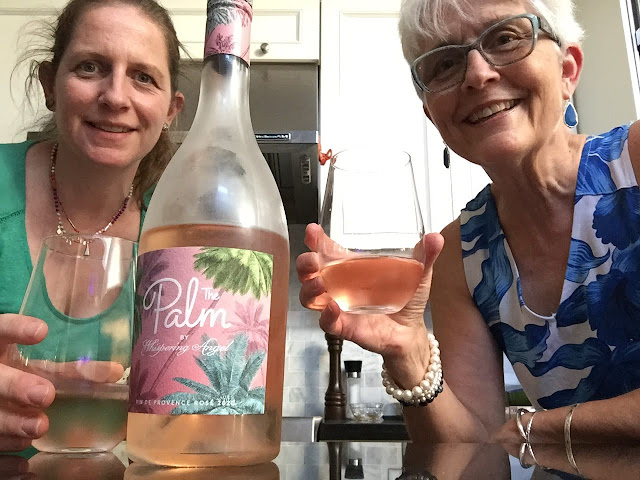 We all loved watching the Olympics for the past couple of weeks and I missed commenting on the Canadian Women's Soccer Team! How great were they?!?! Any medal means a lot, but a gold for this team after losing out so many times makes it so much sweeter.  I know it will be a big deal for the sport in this country. 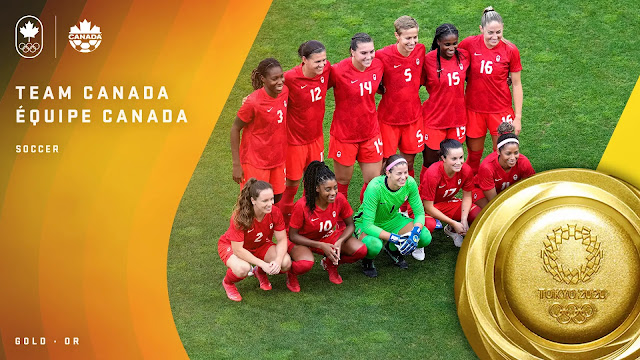 Rumour has it that Canada will be voting in a federal election this fall.  I love that our election periods are short (this one will be 36 days).  I am pretty sure there won't be much of a shift with this election but it is still worthwhile to get out and vote (and vote early if you have to).  And here is my plug to listen to The Bridge podcast with Peter Mansbridge (with special guests Bruce Anderson, Chantal Hebert, and others) for your election source.  Peter will be doing daily podcasts during the campaign period and he does a good job of covering multiple relevant angles. 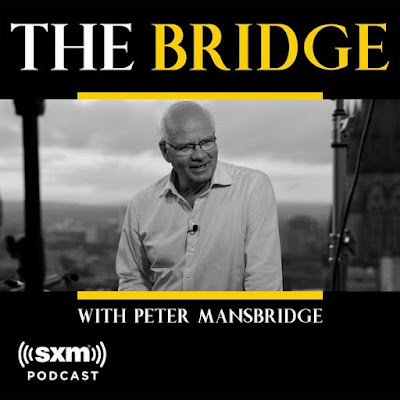 Happy Friday everyone!
Linking up with Andrea and Erika.
Posted by TorontoSAM at 6:00 AM