E didn't have school on Friday because of parent-teacher interviews, but he went to the YMCA care for the day.  Dave picked him up around 3:00, and we finished out the afternoon raking leaves.  We also had an interesting conversation about what to do if you get lost in the woods, I suggested that he should hug a tree and stay put, but E thought that he should try to find a magic tree and ask it for help (good idea, may not be that practical).

Then we went inside and made some pizza.  E had requested three pizzas so I picked up three crusts and the he decided what we put on each of them - one was just pepperoni, one was just cheese, and the other one took the rest of the ingredients (bacon, pineapple, mushrooms and yellow pepper).  They were all really good. 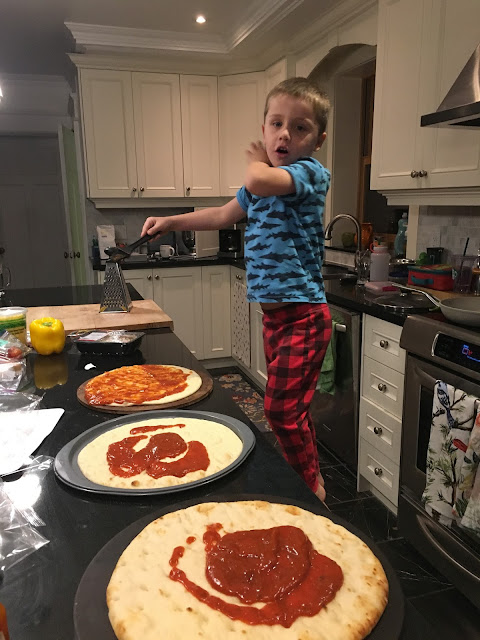 After supper, we sat down to watch some Christmas shows that we had recorded last year (Jamie Oliver cooking shows and the Grinch Who Stole Christmas). 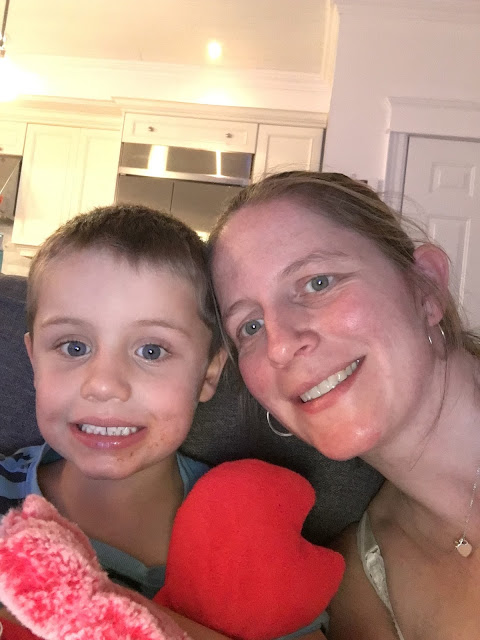 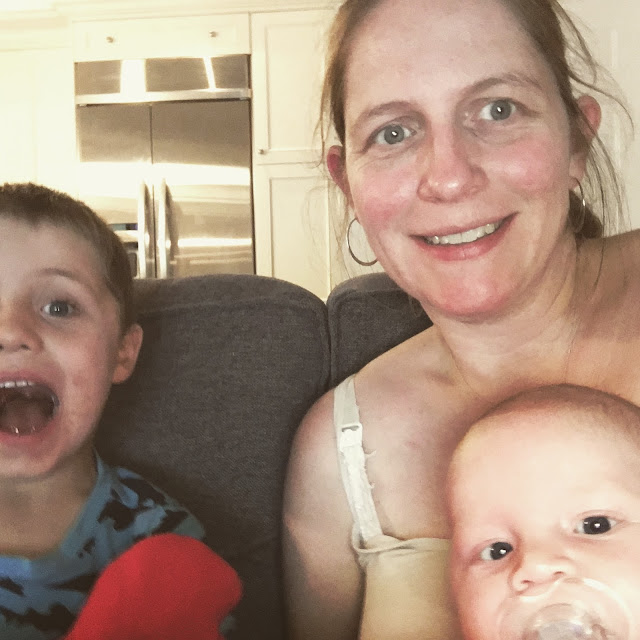 On Saturday morning, the guys came to install our new windows!! Our house is pretty old and the windows are original, they were pretty thin and not insulated at all.  The new ones are very nice and we can already feel a difference and they aren't even fully trimmed up.

This is the before. 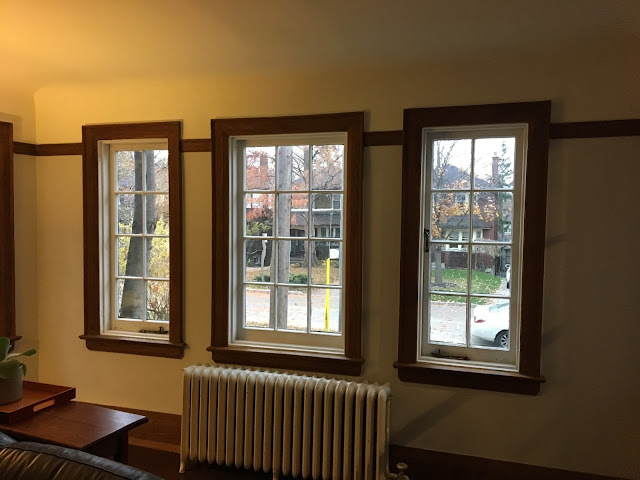 The first window they took out also took out a piece of the wall (see the left side), so then I felt a little panicky that our whole house was going to come down, but it was all fine, and that part has already been patched up. 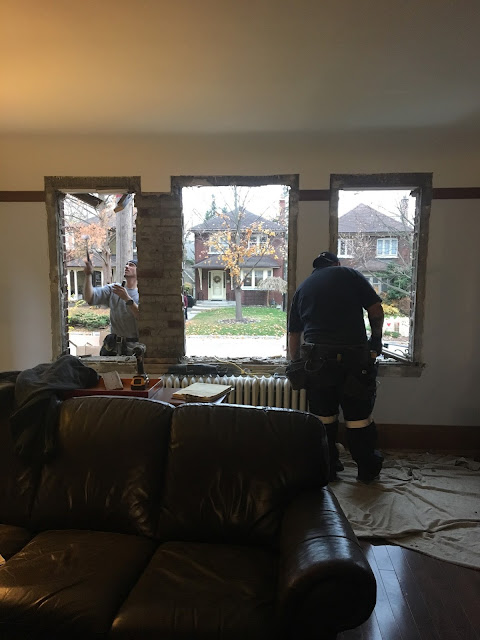 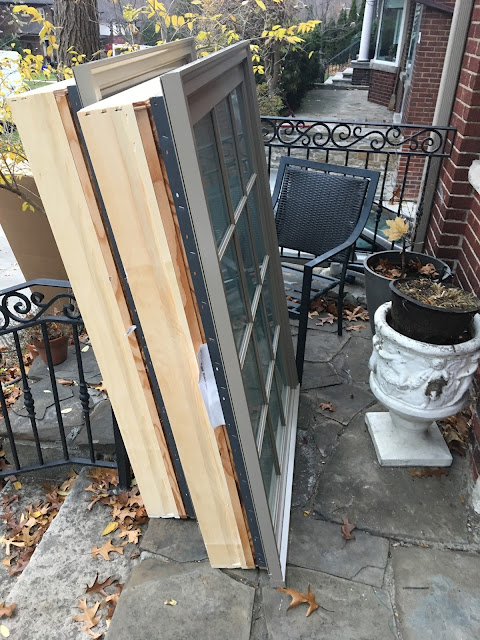 I walked up with E and Q to the playground and then we took E to Sportball.  I walked up the street to pick up some supper ingredients but also did some Christmas browsing. 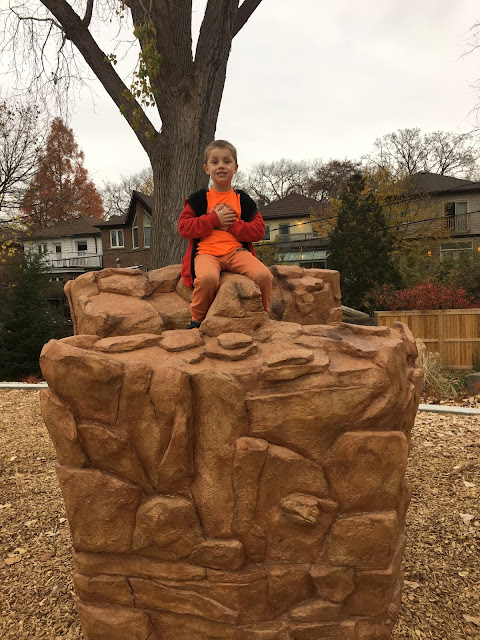 The rest of the day was spent hanging around the house while the window installers continued their work.  E and I made some breakfast cookies. Dave cleaned up the bedrooms after the workers left, which was a big job given the dust that covered everything.

On Sunday morning, Q made his way into our bed shortly before we got up.  We left him here for a little while before he woke up. 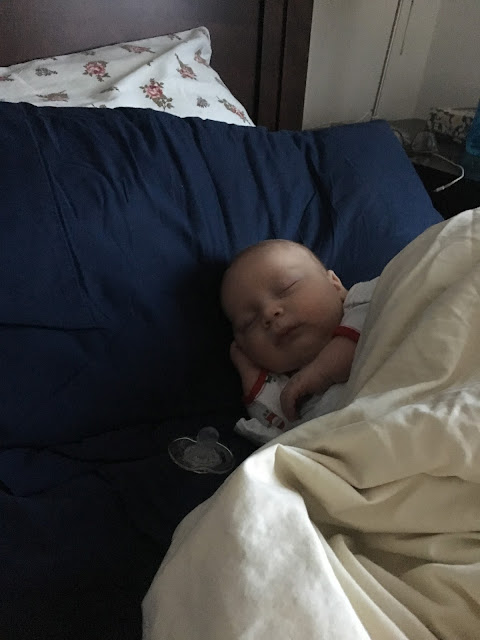 E and I haven't been to church since before Q was born, but we made our return this weekend.  Q was well behaved and everyone was happy to welcome him to the congregation. 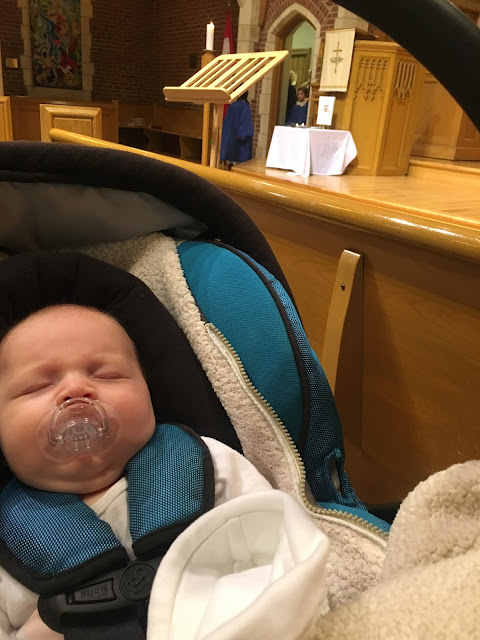 We did not go to the Santa Claus Parade this year unfortunately.  The weather on Sunday was pretty cold and windy and we didn't think we wanted to to stand out there with a new baby (not to mention putting the rest of us at risk for getting sick).  We caught the parade on TV instead.  We had a good dinner of roast chicken, rice, and vegetables to welcome Dave's parents back from their trip to Australia.  They will stay with us for a couple of days.