Q and I had a busy Friday.  I had a few things to shop for so I decided to go to Square One as it would be one stop shopping.   I was able to get something to wear to the wedding we are going to next weekend, some Christmas gifts, a new winter coat, and a toy for a birthday party.  I also met a friend for lunch which was great too.  After that we went to pick up E from school so we could go to get our flu shots (or nasal spray for him).  I had bought him a cake pop from Starbucks as his treat for getting  the spray, so this is him enjoying it afterwards. 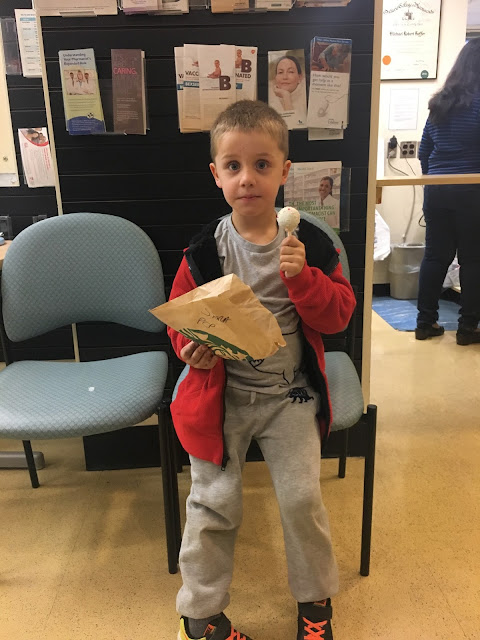 On Saturday morning we went to a birthday party at a trampoline place.  E had a great time!! But he was also exhausted by the time they went in to the party room to eat. 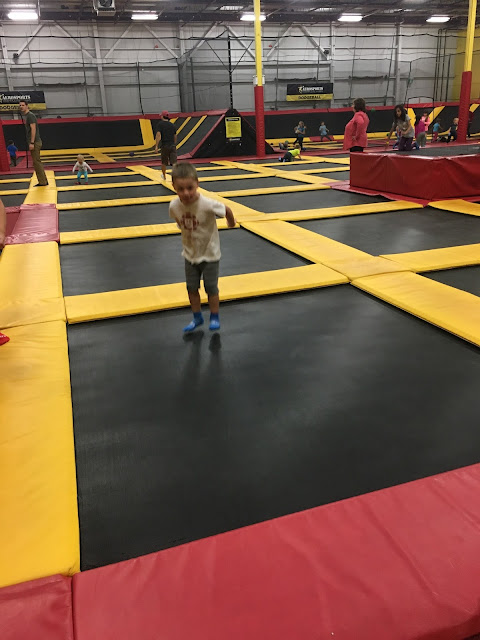 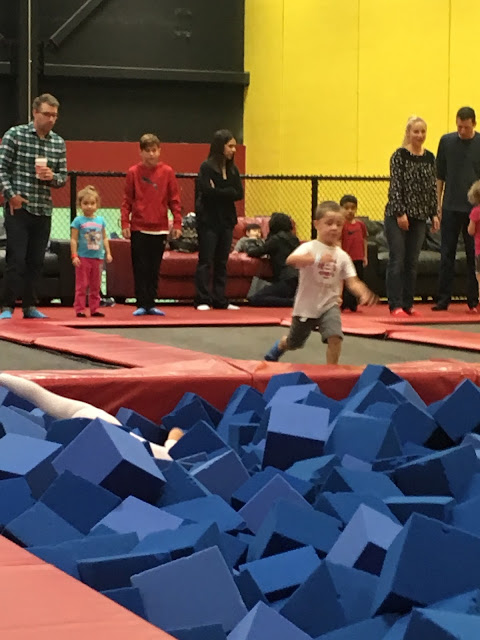 He also got to play air hockey - day made! 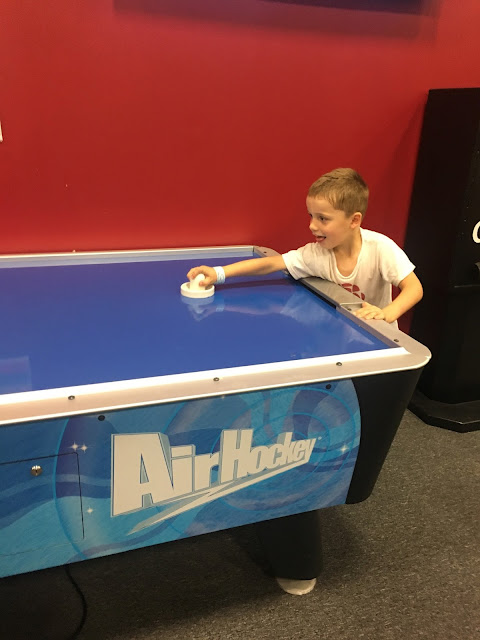 We were all tired by the time we got home so we relaxed for a bit before we walked up the street for some exercise and to pick up some food. 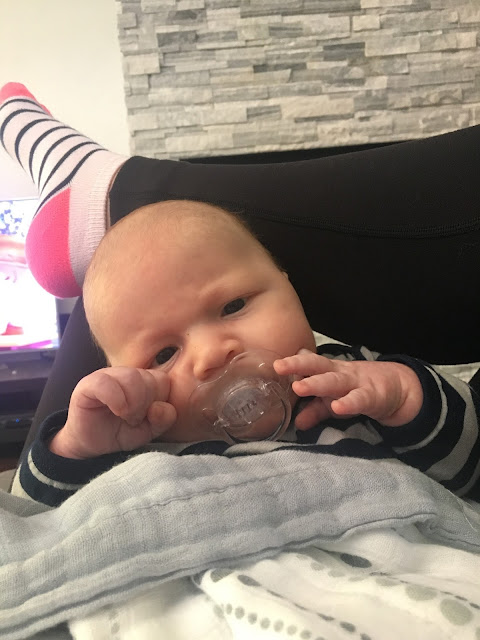 On Saturday night we watched Before the Flood, the documentary about climate change by Leonardo DiCaprio.  It was really good, and also terrifying.  The fact that so many American lawmakers just refuse to accept that climate change is real is terrifying, and it means that environmental laws cannot be enacted; just think if they elect a president who thinks climate change is hoax, it would not be good.

On Sunday morning, we made pancakes, Dave went for a run, and I got our winter stuff organized in the coat closet.  I tried to take some photos of the fall light on the colourful leaves but they didn't really capture the beautiful colours. 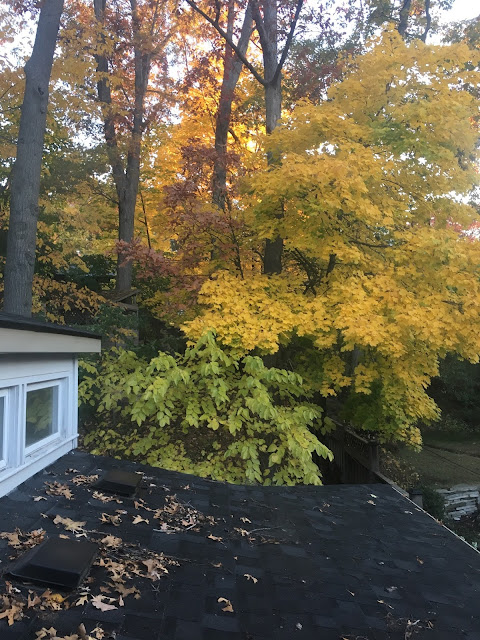 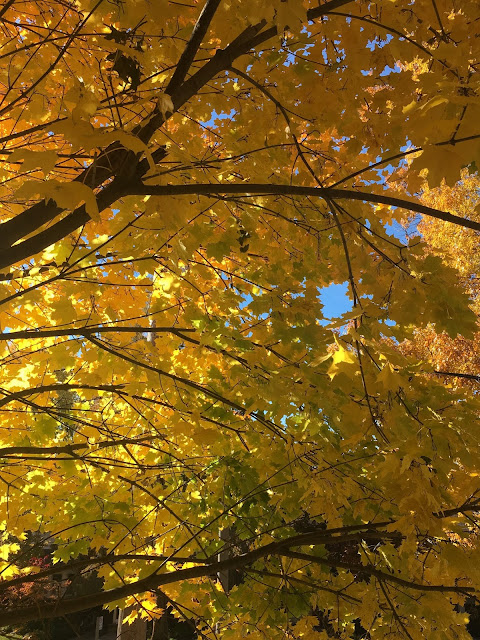 A squirrel helping himself to our pumpkins. 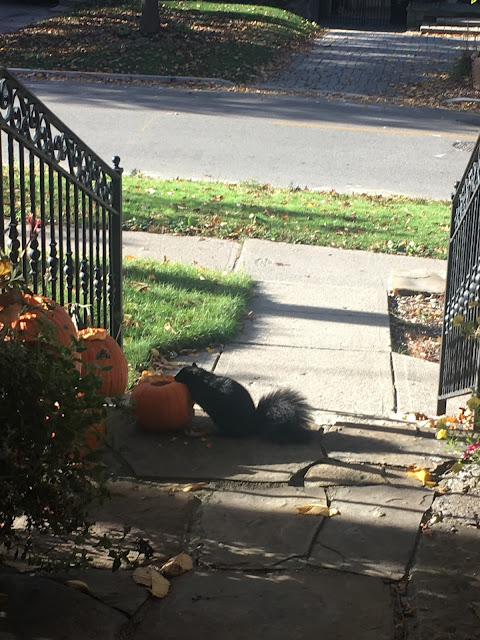 We went to a birthday party in the afternoon for 1 year old.  There were kids of all ages there and they were very entertained and well fed.  We got to visit with some friends as well.  I didn't take any photos :(

Q got a book as his party favour, this is E opening it for him, and then we read it to him (well I read it/sang it, and then E explained to Q what the pictures were). 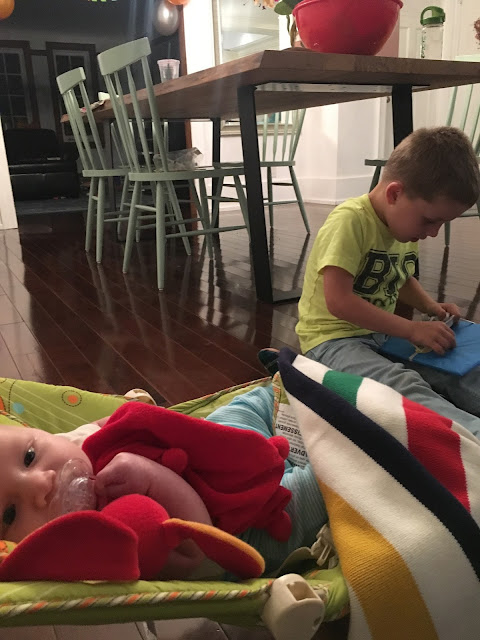 We are ready to take on this short week before we head to Nova Scotia.