Friday night was pretty basic, we had some grilled chicken and roasted sweet potato for supper, E did some homework while Dave and I tidied up the house.  We did not have our regular movie night since the neighbours were out, but we did have a few chips and watched the Great Canadian Baking Show.  It was not a late night, which was good since some of us (ahem, me) were getting a cold.

I got up early and headed to my workout.  I usually go anyway, but there was extra incentive as we were promised a swag bag.  We all got a new yoga mat, Swell water bottle, and a couple of cans of cider. Thanks Strongbow!

Here is the class after our workout. 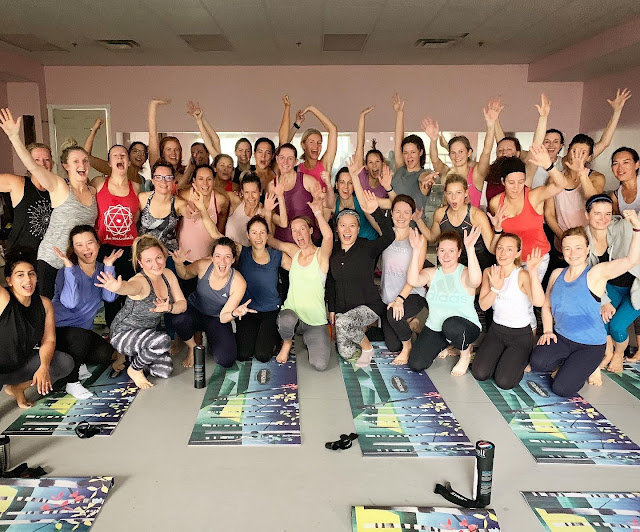 I took Q to his Sportball class - he had his snack and water before class started.  He was quite comfortable being left there and understood I was not going to be watching him.  They played basketball this week. 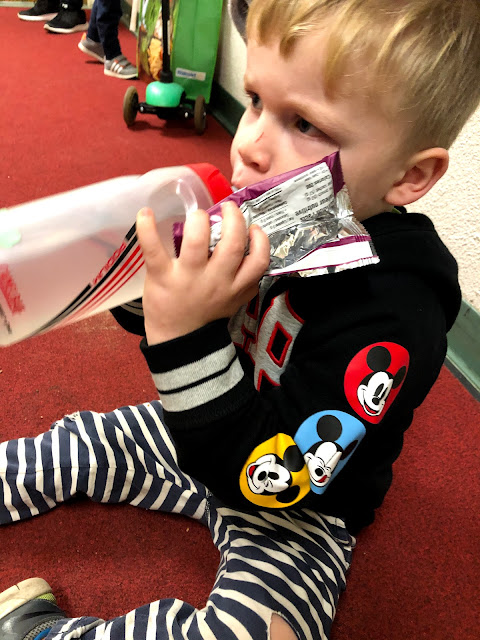 While he was at class, I picked up some bread, meat, Bulk Barn stuff, and produce.  I had to be quick but I had lots of time to get back to pick up Q.  After I got him we went to pick up our grocery order and to the LCBO.

I relaxed for a few minutes after lunch while Q napped and finally watched the season finale of This is Us.  Now I can get to the new season.  Dave, his dad who is in town visiting us and helping with the basement, and E drove out to Mississauga to pick up the flooring.  When the got back, E helped me make some pumpkin chocolate chip loaf.  We doubled the recipe since we had lots of pumpkin. 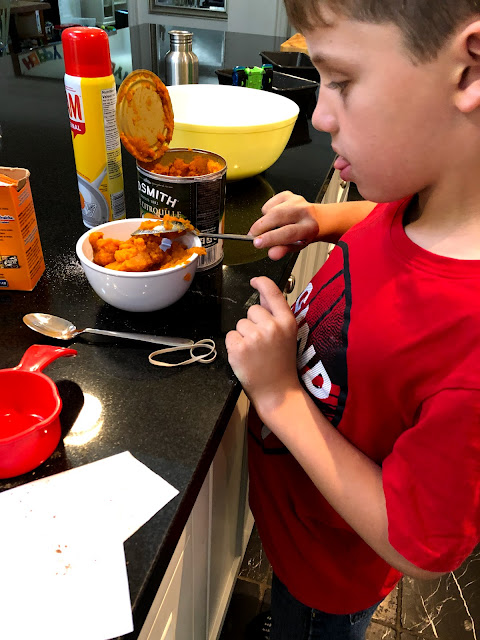 Q is always a little grumpy when he gets up from his nap but he quickly perked up when he found out about the pumpkin loaf. 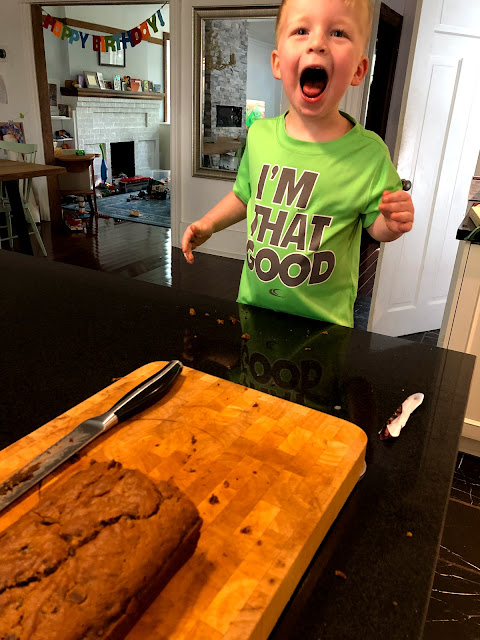 I also put together a lasagna and made some vegan Caesar salad dressing for our supper.  Then we had some time to go to the playground before supper.  It was a little chilly but still nice to be outside. 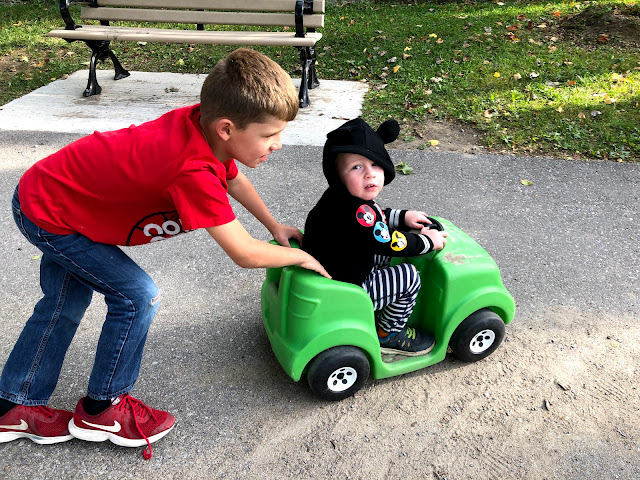 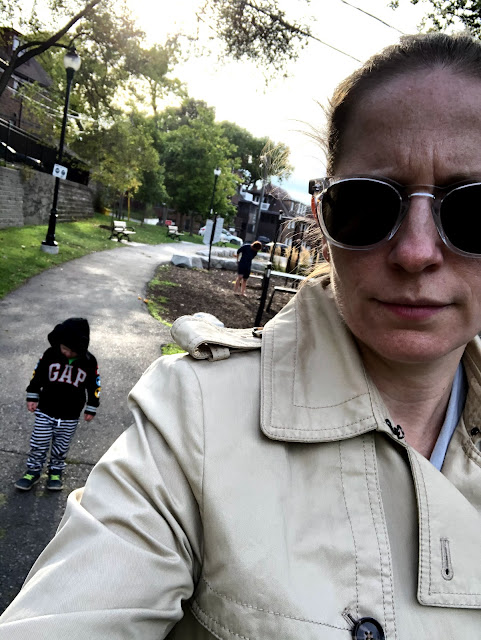 One of my favourite suppers. 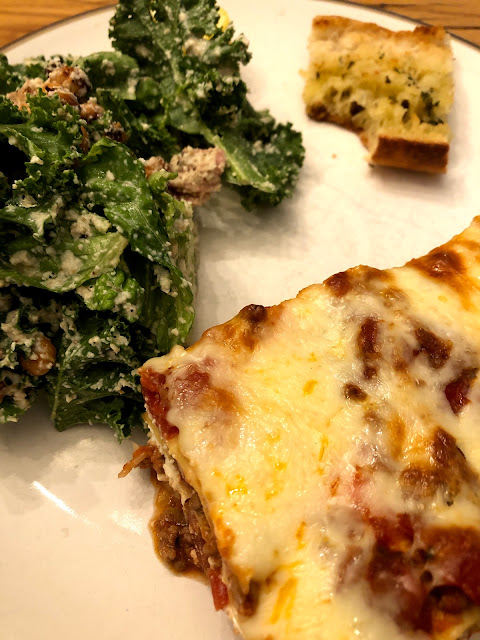 The boys played a few games, and I opted to read my book and sip wine instead. 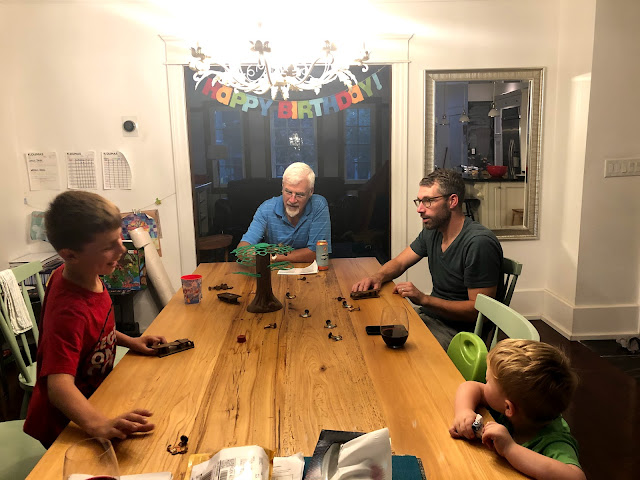 Sunday morning started out a little rainy, but Dave and his dad were able to get out and run 20 km, as one does on a Sunday morning ;) (No thanks!)  I took the boys to church, and we celebrated Worldwide Communion Sunday. 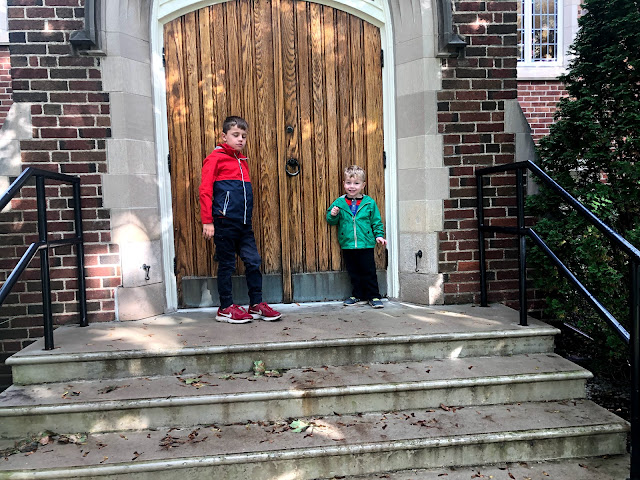 When we got home I did some prep work for Thanksgiving and made gravy and cranberry sauce (from Jamie Oliver's Christmas cookbook). 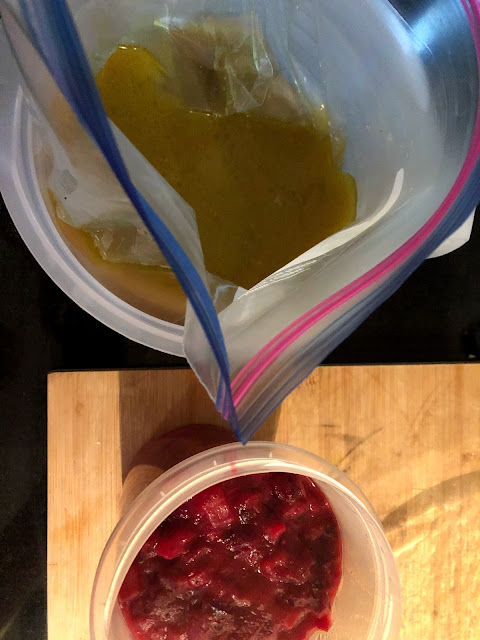 I did a quick bike to Shoppers to get something and then did my workout when I got home.  I am doing the Well and Tight Abs, Arms, and Squat challenge. 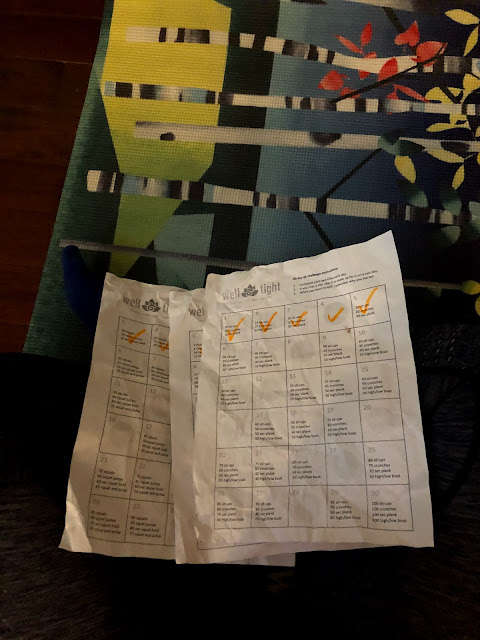 Around 4:30 we all headed out for a "hike", which is basically a walk through the woods along the Humber with the end goal of Queen Margherita Pizza for supper.  It was a pleasant day to be out. 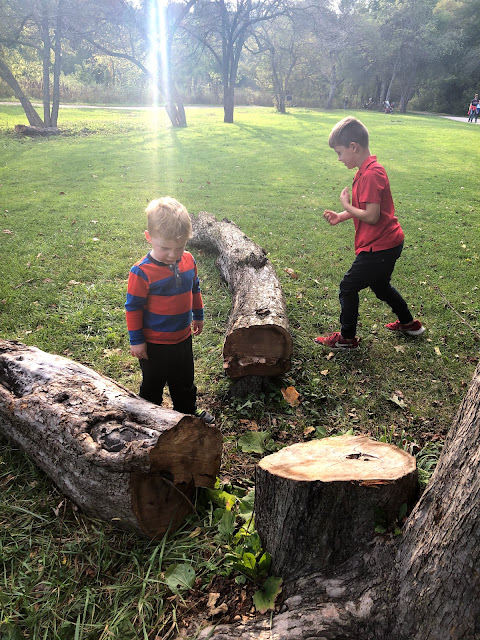 Who'd know you were in the middle of Toronto!? 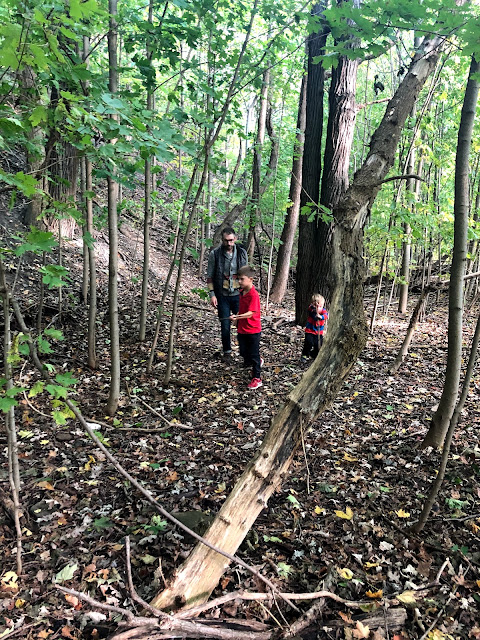 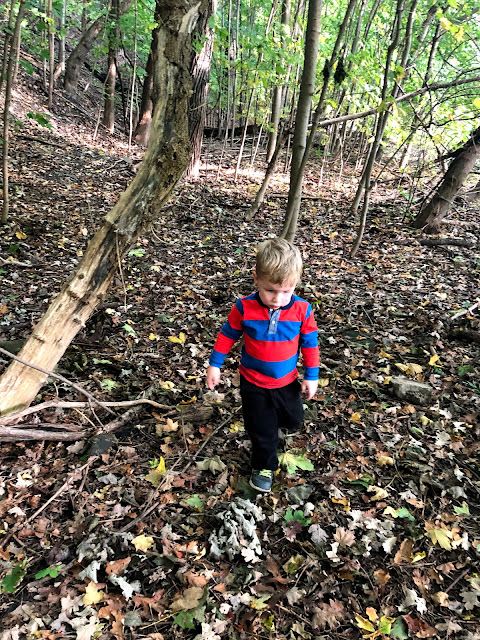 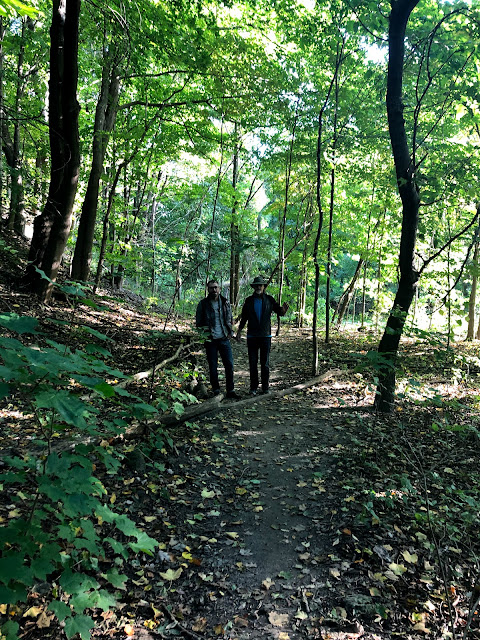 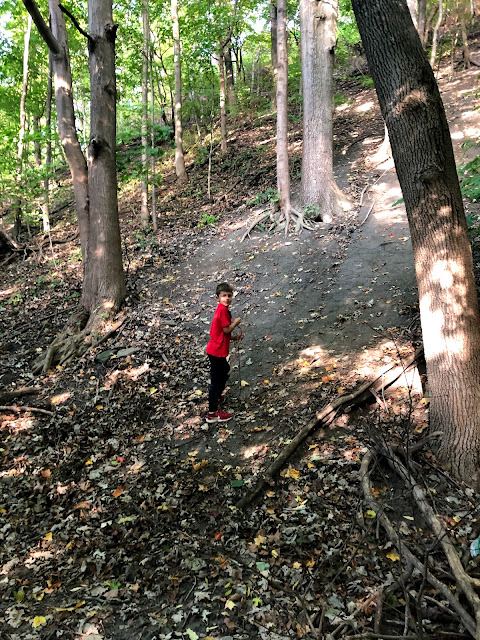 Our pizzas are ready! 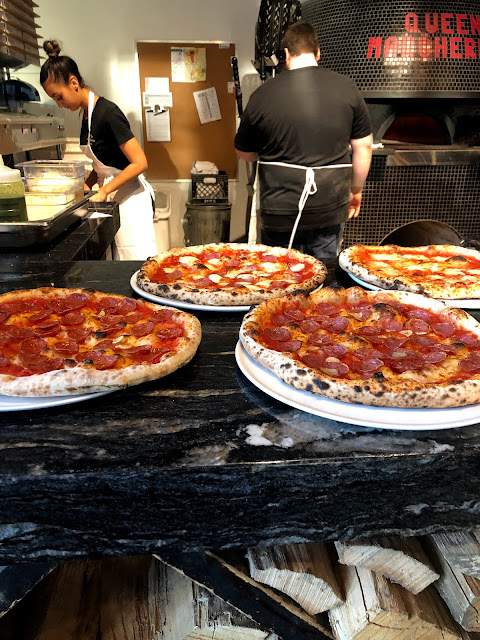 Then we walked home and got the kids ready for bed.  I did my usual Sunday night routine of getting ready for the week and then we watched Saturday Night Live and got to bed at a decent hour!