Phew, this was a busy month for books! They were all easy reads and most of them held my interest so I read whenever I could.  Let's dive in!


All Is Not Forgotten by Wendy Walker. 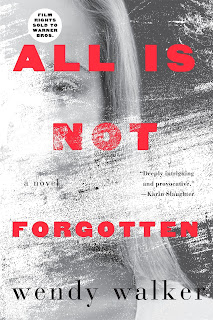 This was on my list for a long time and I finally picked it up.  This is about a high school girl who is brutally raped at a party (this happens first chapter, so no real spoilers) and then she is given a drug treatment that will help her forget it with the hope she can just move on with her life without having to carry that trauma with her.  You're not sure who the narrator is at first, so that was an interesting start to the book, but the narrator ends up getting the perspective of a lot of the characters, including their own, and as the story gets pieced together, you start figuring out what is going on and how everyone is connected.  This one kept me turning the pages and the writing was so well done.

My Oxford Year by Julia Whelan 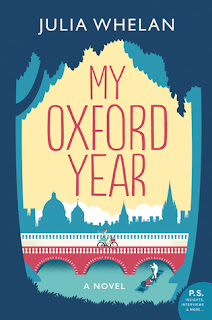 After reading my September books about the Holocaust and a plane crash, and the rape book, above, I needed something light!! This was a cute little book about an American who gets a Rhodes Scholarship at Oxford University in England.  Her plan is to spend one year there and then go back home and start her career in politics.  As she meets various people, her plans are altered.  It's a little ridiculous at times, but it was fun (with some surprising serious parts), and it made me want to visit Oxford. 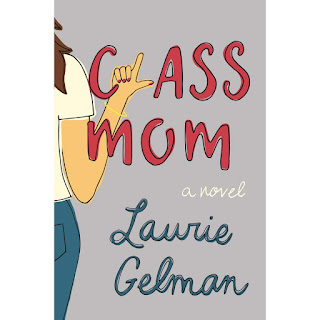 The author is married to Michael Gelman, the well-known executive producer of Kelly and Ryan, and she is originally from Canada! #funfacts  Another light read and pretty relatable for those of us with public school aged children (well, sort of, I'll get to that).  The main character has two older daughters from previous relationships, and then a son, with her current husband, in kindergarten.  She acts as "class mom" for his class and the book goes through the school year.  It is funny and a quick read.  There is a sequel that I will pick up next.  The only thing that bothered me about the book is that none of the parents moms of the kids in the class seemed to have jobs.  They were constantly volunteering for events, bringing food to school parties, and dropping off and picking up their kids at the actual school bell times.  (Reminiscent of Big Little Lies) This is not my life, but I guess it is a reality for other people.

I Let You Go by Clare Mackintosh 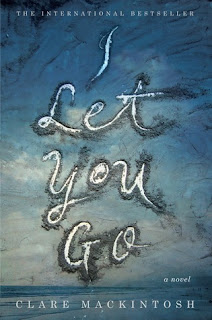 So enough with the lighthearted reads above, now into some darker material. In the very first chapter, a young boy is killed in a hit and run. It's hard to say too much about this book since part of its appeal is the plot twist.  Part of the book is told from the point of the view of the police detective in charge of solving the hit and run case.  Since the book takes place in Wales/England, it reminded me of Broadchurch or The Bodyguard (Netflix, not Kevin Costner).  The author is extremely talented and you can really understand the character's motivations and feelings, and it's very subtle, not obvious.  The author believes in the intelligence of her readers.  I even like how some details are left unresolved, like life, not everything is wrapped up in a nice little bow.

Save Me the Plums by Ruth Reichl 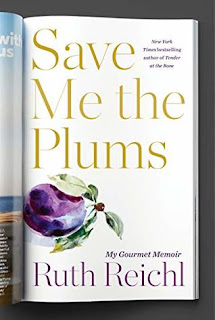 This book came recommended by Natasha.  The author was the editor-in-chief of Gourmet magazine, and these are her memoirs of her time at that magazine.  Although my family always had copies of Gourmet magazine around, I never really paid much attention to the content and didn't even realize they no longer publish it.  The book was really neat, I liked hearing about the food and publishing industries in New York, how they made the decisions they did, what they did on 9/11 (opened their 8 kitchens to cook for the first responders), and the different stories they published over the years.  It's kind of like The Devil Wears Prada, but not at all. 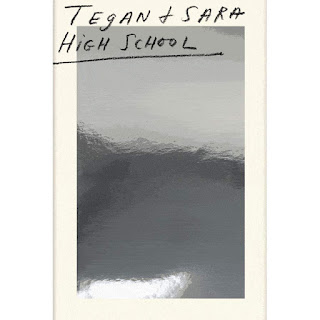 You may know Tegan and Sara as Canadian singer-songwriters.  They are twins and they write this book about their life in high school where they discovered/embraced their sexuality, become musicians, and go through all of the other normal high school things.  As I read this it took me back to my high school years (they are a year older than me) with some differences.  I would like my Class of '99 classmates to read this book and tell me if I was missing something or did our rural Nova Scotia high school have the same drugs and lesbians as their Calgary high school.  I really enjoyed the way they talked about their own experiences of the same events (being twins but reacting differently) and how they captured some key moments of high school life (even if it was slightly different than my own experiences).  I was familiar with some of their songs but I've been listening to their music on Spotify this week and really enjoying it. You can tell they are talented songwriters and it comes through in their book too.

I actually read one more book this month but it's barely worth talking about.  It was Christian non-fiction swill.  Now, I like Jesus as much as the next person, but I find these Christian books are a dime a dozen.  I could write one and it wouldn't even be hard.  Let's All Be Brave by Annie Downs didn't really speak to me or offer anything groundbreaking.