Just two books this month so far.  The first one was The Things We Cannot Say by Kelly Rimmer. 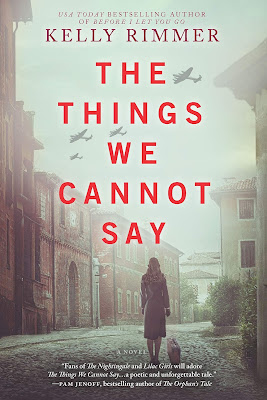 This story is set in World War II, in Poland.  It moves back and forth between war time and present day.  It starts out with a chapter where you think you have an idea of what happened but then you realize there is more to it than that and you get to unwind the mystery with the characters in the book.  In Poland there is a girl who is a teenager when the war starts, she is young and doesn't realize how terrible the war will be at first, but then starts to appreciate the suffering, including her own suffering.  Like The Nazi Officer's Wife I found it very interesting to hear what people living under Nazi rule did during this time.  We usually read about it from the perspective of England or France, but for the Poles, they were occupied right away and didn't have the opportunity to directly fight back, although they certainly organized their own underground system to help.

The present day story deals with a woman who has had a stroke and cannot speak, her granddaughter who is the main feature of the present day story, and her son (the first women's great-grandson) who has autism and has to communicate using an iPad.  The older woman then figures out how to use the same app on the iPad to communicate.  Aside from the obviously "things we cannot say" like the woman and boy who literally cannot say things, the author also writes about those conversations that loved ones often cannot have.  For example, the main woman needs more help from her husband with her autistic son but doesn't bother to ask him, and just does everything herself.  It was addressed very well and a pleasant feature of a WW2 book where we are usually just concentrating on the historical narrative.

This is a great book, and as I said, slightly different from a typical wartime novel.

The second was Before the Fall by Noah Hawley. 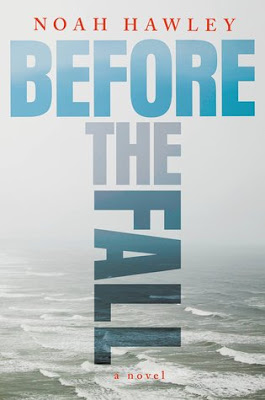 This one has been on my book list for a long time but the description I had written (plane crash) never really tempted me to read it.  The other day I figured the only way I would get through my reading list was to just start at the top, so this one was at the library and I got it.  It was a really good book so I wish I'd picked it up sooner.  Yes, there is a plane crash, and you know that right away, but the novel is more about what happened "before the crash", I know, I should have figured that out!! It was a private plane so the people on the crash were well to do, important people, and their stories are pretty interesting.  We also get to hear about the crew members as well.

I won't give too much away about the plot so I'll stop there with my description, but it was a really interesting read and a quick read.  Like the book above, the nuanced writing make it slightly better than a typical beach read, and this certainly was not a beach read.