What a busy week.  It was back to school on Tuesday.  E seems to be having a good week, but as is typical, we don't get a ton of detailed reports from him.  You can check out our full photo shoot from my post yesterday. 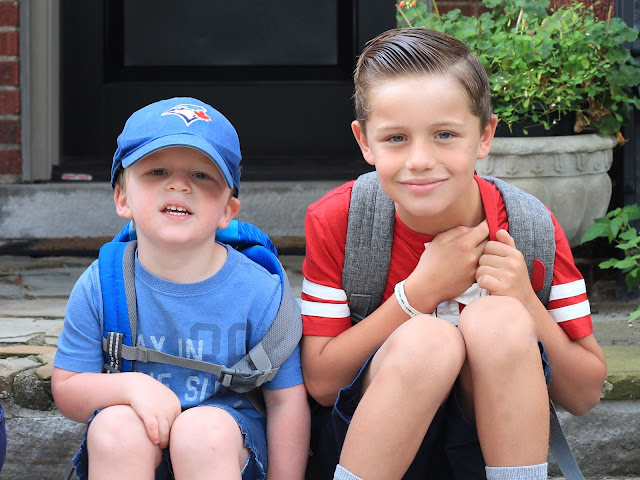 E had t-ball playoffs on Tuesday and they won!  So that means his next game is on Saturday morning. 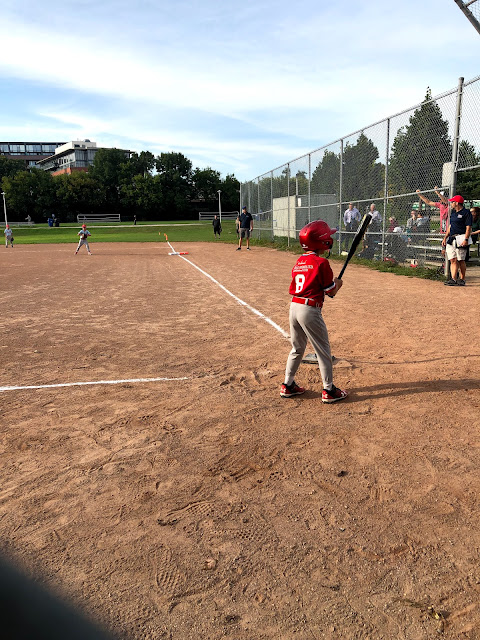 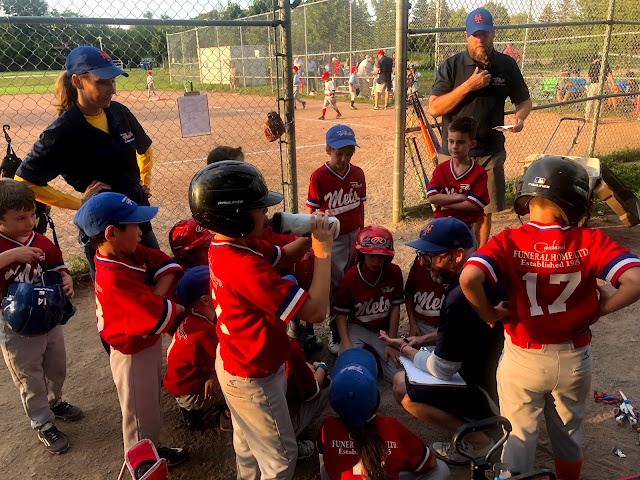 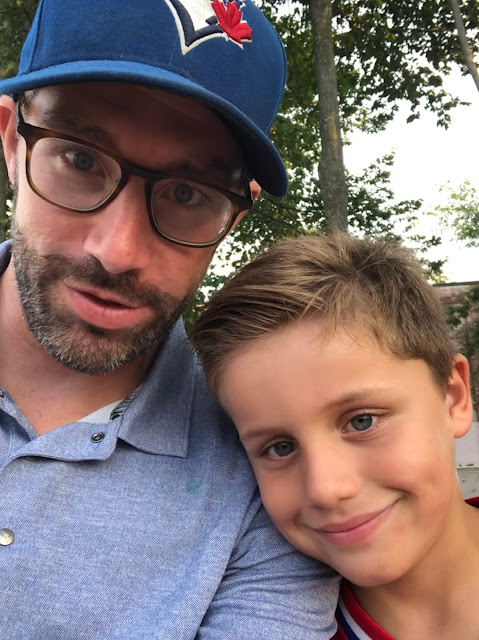 The game was at Sorauren Park for a change so Q enjoyed watching the trains go by. 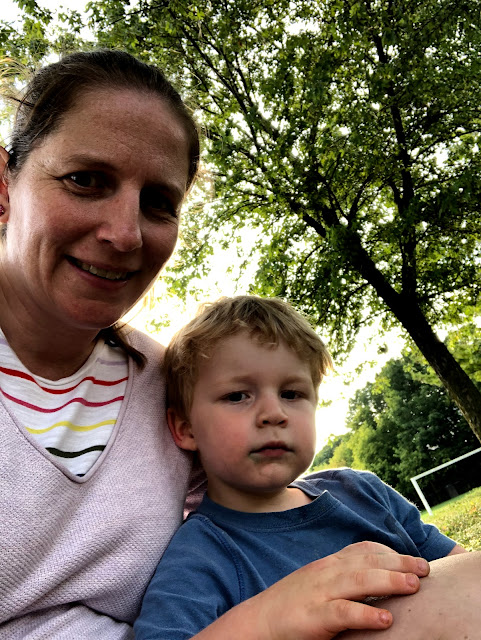 I bought the boys a fun cookie to celebrate back to school.  I got them at the Coffee Tree but they were made by Mad Batter Bakers.  I only got a photo of Q with his dinosaur cookie, but E's was a school bus and he got to take it to school with him. 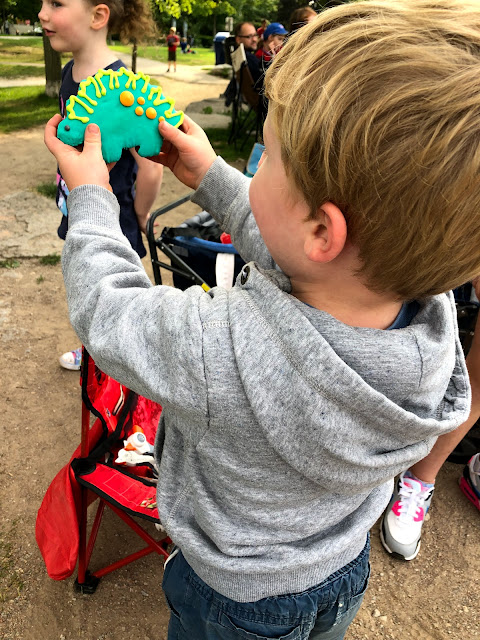 On Wednesday we didn't have anywhere to be after supper so we just walked down the park.  Q brought the chalk box with him. 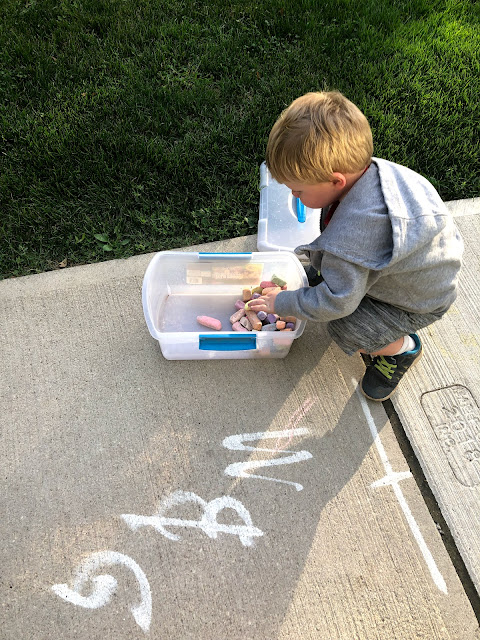 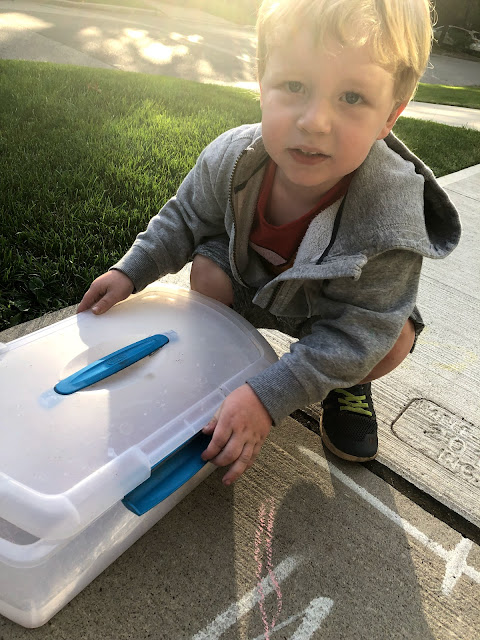 One of my favourite Canadians, Peter Mansbridge, is back with his own podcast called "The Bridge".  He plans to release an episode almost daily as we lead up to our federal election. He will address the current election issues.  I miss him on the National (although I have no problem with the new hosts, they do a fabulous job) and I am excited to hear his voice again.

The kids have new rooms and I went golfing this week but I have no good pictures of those things (#bloggerfail).  E's bedroom is still missing a desk and both boys need something on their walls, so I will share photos of their rooms later when we have those things done.