I started my Friday with this beautiful view of the city on my morning bike ride to work.  I often see a great view, but I had to stop to take a photo of this one!! Those clouds! 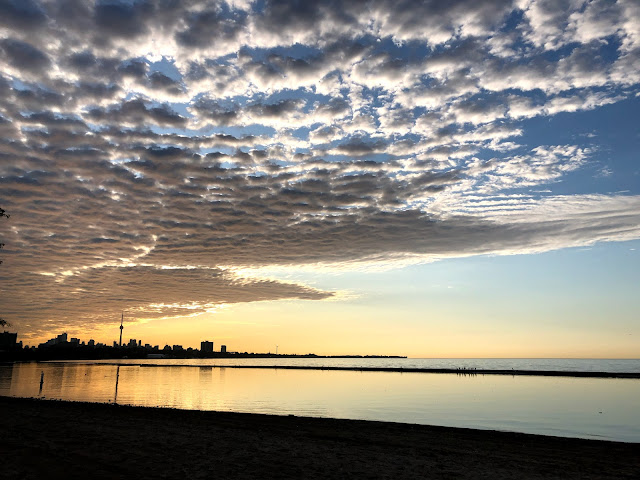 TIFF is happening in Toronto now so I went up to King Street on my lunch break and checked out the action.  I did see a famous actress but I didn't know who she was at the time.  It was Rachel Griffiths, I guess she was in Six Feet Under, but I didn't watch that. 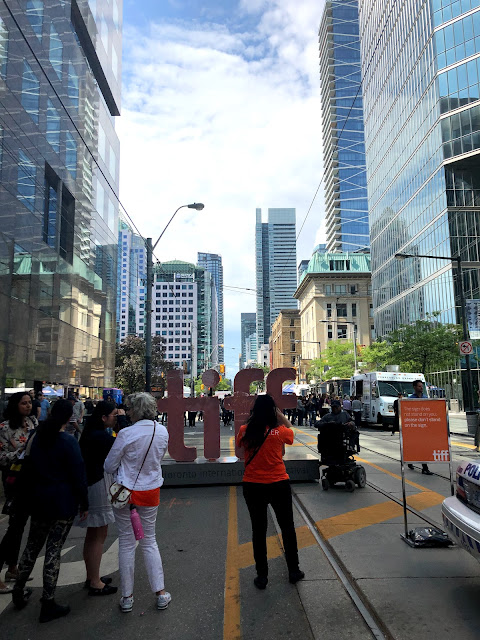 Then I went over to the Royal York Hotel and Ron Howard was walking around on his phone.  I know this doesn't really show who it is, but it does show you how close I was! A couple of guys stopped to talk to him and he seemed very gracious and friendly. 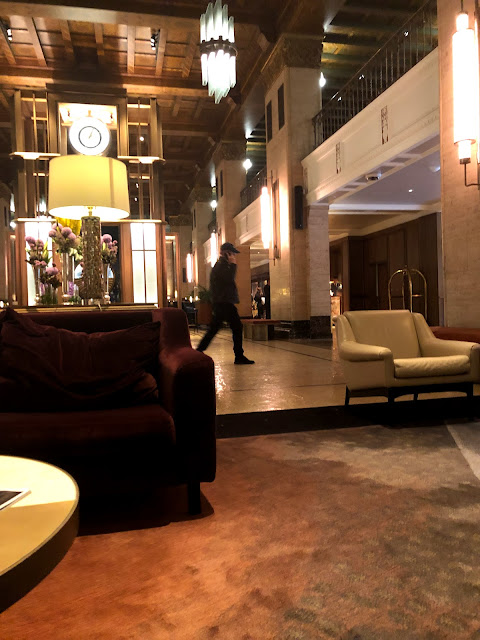 On Friday night we went out to the Crate and Barrel in Mississauga to check out the couch we want for our basement.  It is hard to take kids out to a store on a Friday evening but they were pretty well behaved and enjoyed playing in the rugs. 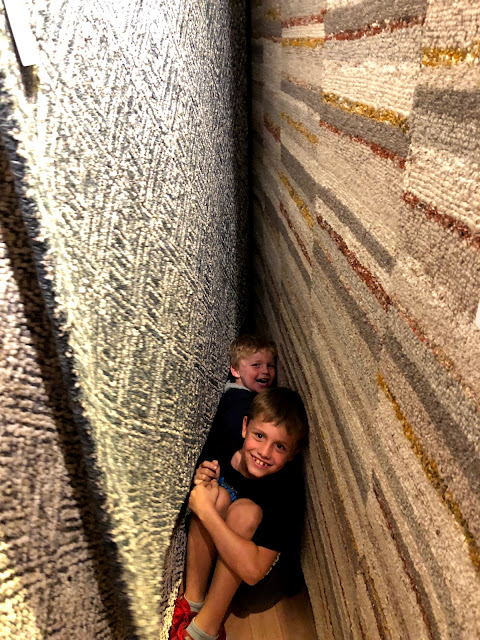 On Saturday morning we were at High Park bright and early for E's t-ball game.  Playoff started on the Tuesday previous and it was a double elimination tournament.  They lost their game on Saturday morning. 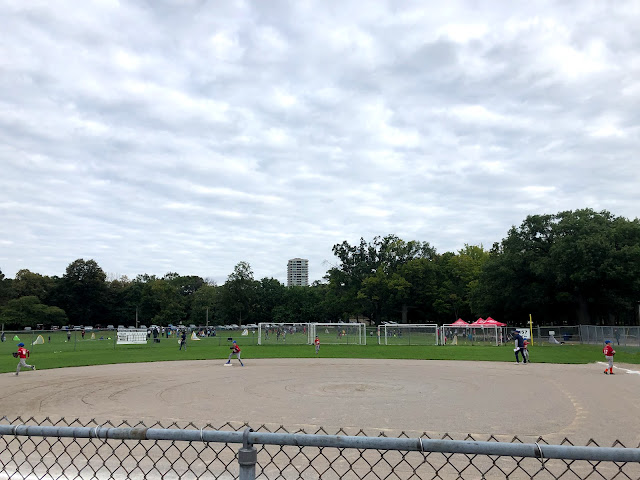 After the game, Dave took the boys home while I walked home so I could pick up some food.  We had some friends over for supper.  We spent the afternoon prepping food and cleaning the house.  We tuned into the US Open final and got to see Andreescu win, we were so excited.  We were also keeping our eye on Hurricane Dorian as it made its way into Nova Scotia.

The kids tried on a few costumes. 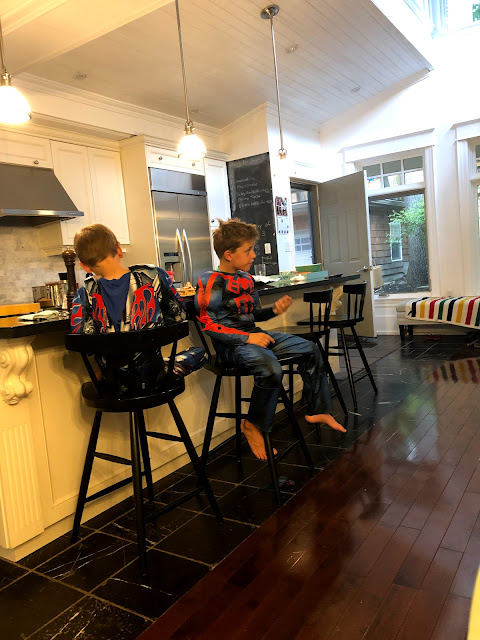 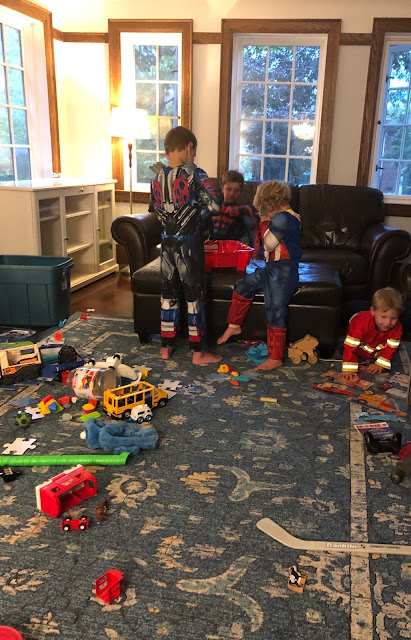 Because E's team lost, it meant their next game was at 1:00 on Sunday, with the possibility of another game at 5:00.  That meant we needed to do our grocery shopping in the morning and we would have to miss our first day back to church.  I was disappointed but it just didn't work out!  We hit up Costco and the regular grocery store to prepare for the week ahead.

We got Q to have an early nap before the t-ball game but I waited at home so he could sleep a bit longer while Dave and E drove to the park.  Q and I followed on the subway. These flowers at the corner of Jane and Bloor are so pretty I had to get Q to pose for a photo. 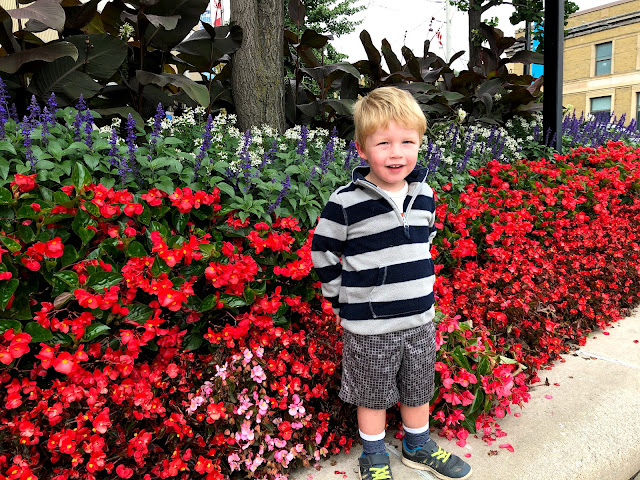 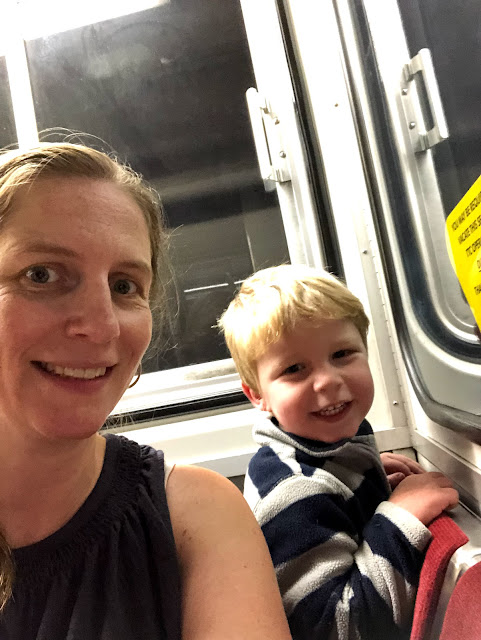 The kids won their 1:00 game so it meant another game at 5:00.  We went home between game, watched a movie, and some of us (ahem, the parents) had a quick nap.  We ate an early supper and then back to the park.  The kids played a good game but did not win, so their season was over.  They all improved so much and had fun.

Getting a final pep talk from the coach. 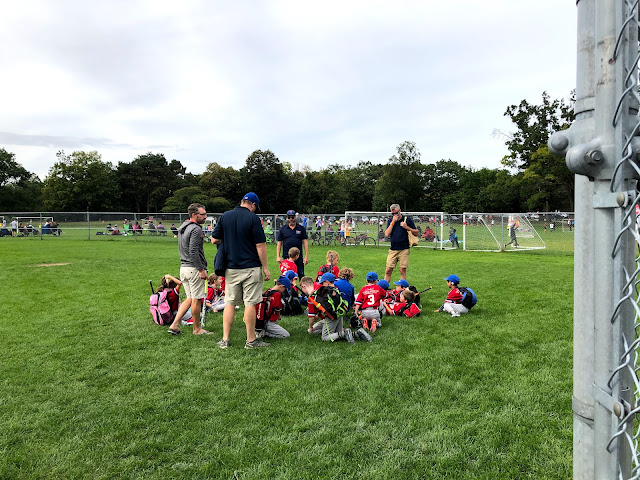 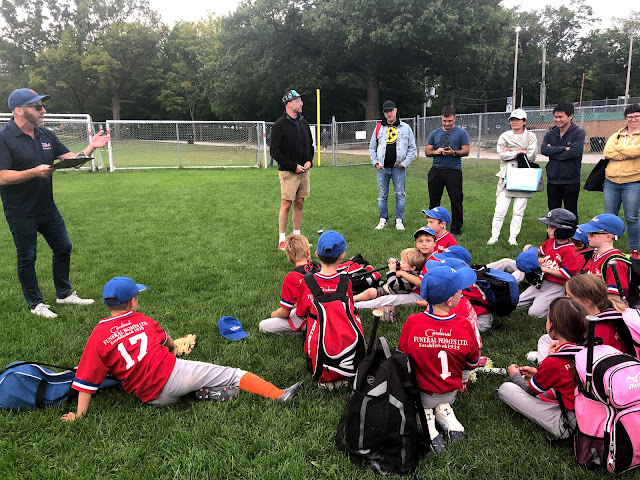 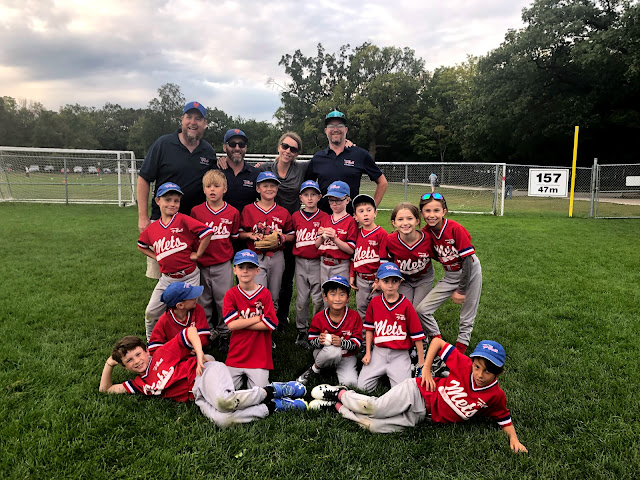 Home for showers and bedtime.  Dave and I watched a bit of TV before trying to get to bed early.  It was a long day!