We didn't get up to too much this weekend and it was glorious.  Our local neighbourhood street fest, the Ukrainian Festival, was going on so we went up on Friday night to check it out.

We ate at Baka and enjoyed our seats on the patio. 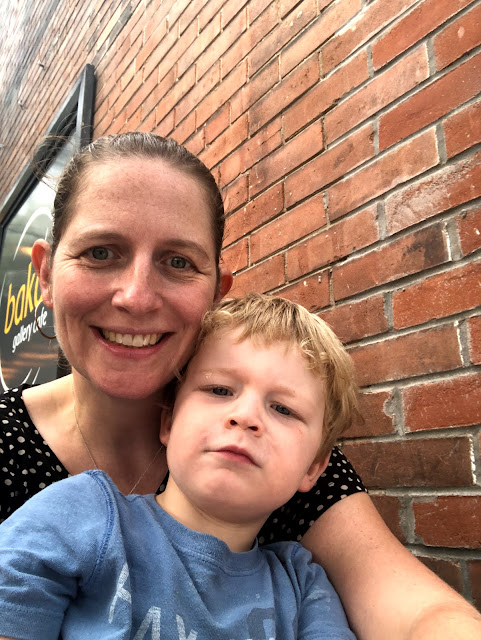 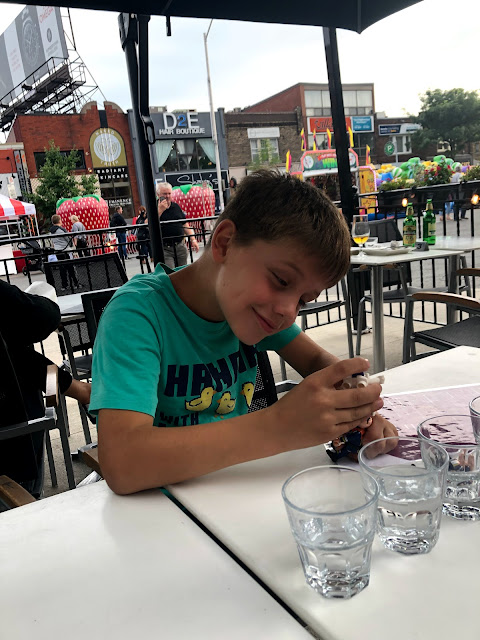 E tried out the rock climbing, as he has done for the past couple of years.  We ran into one of his classmates there too so we walked around with them for a bit.  Honestly though, the kids' rides didn't look that great, so we didn't plan on coming back the next day like we usually do. 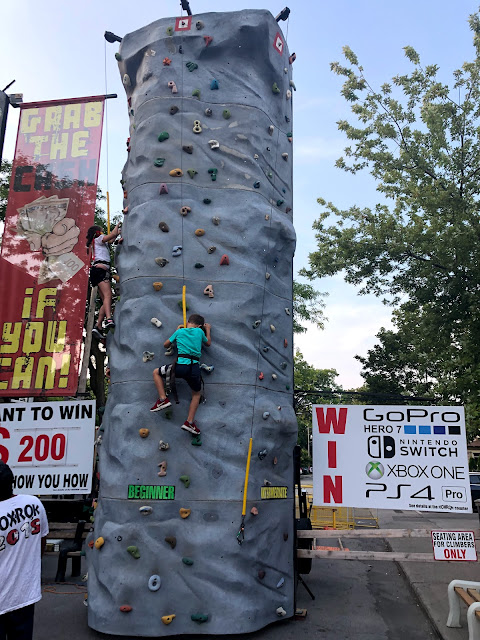 E and Dave were still hungry after our small supper so they got sausages from the Kingsway Deli and E also got a lemonade, which Q got to sip on too. 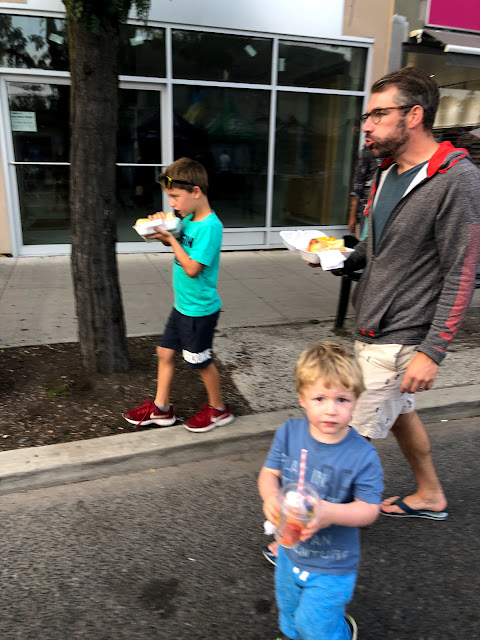 Q wasn't really making it so I carried him home and took him right up to bed.  We watched Spiderman Far From Home with E and had some popcorn.

I went to my workout on Saturday morning, such a great way to start the day!  Dave and E did some yard work and I took Q to the Superstore to pick out his birthday cake and get a few groceries.  When we got back we had a quick lunch before Q had a nap, and we cleaned up the house, and rested a bit.

When Q got up, we took advantage of the nice weather and went for a bike ride.  We rode for 8.9 km to a playground, and then back. 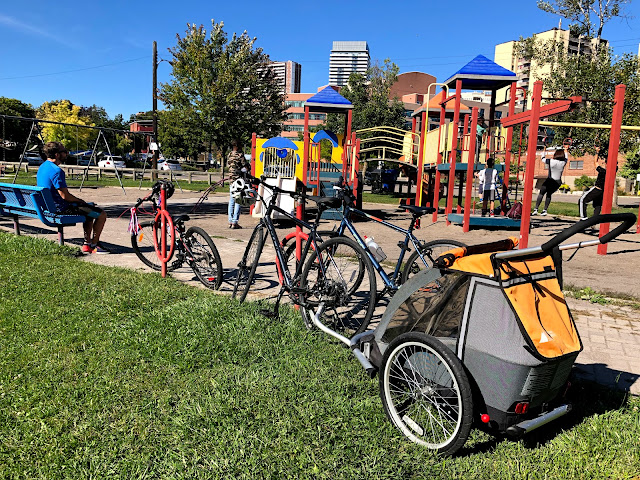 We had a stir-fry for supper and watched a bit of Mary Poppins.  Then the kids went to bed and Dave and I watched Rocketman.

Q was up pretty early on Sunday morning, with E not far behind.  The snuggled in to watch some Paw Patrol and then the rest of Mary Poppins.  Meanwhile, I made some soup. 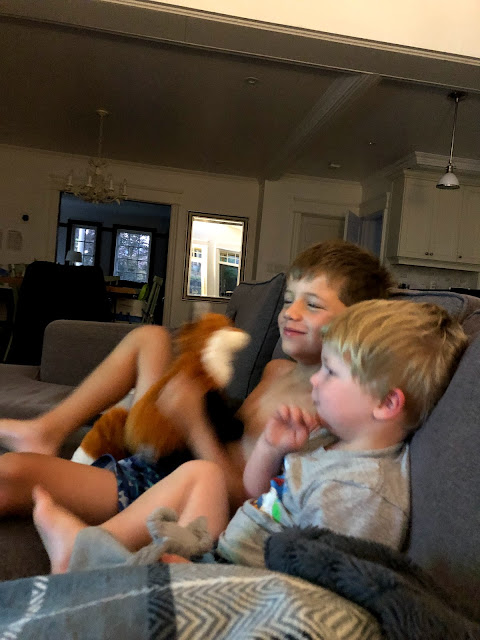 And folded laundry while Q played. 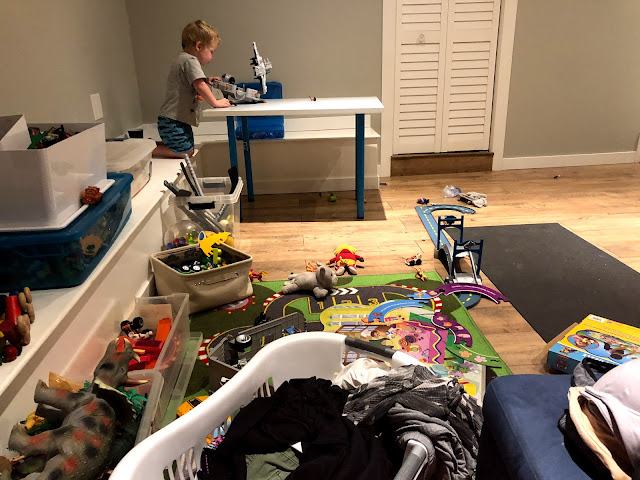 Then it was off to church.  It was nice to be back. 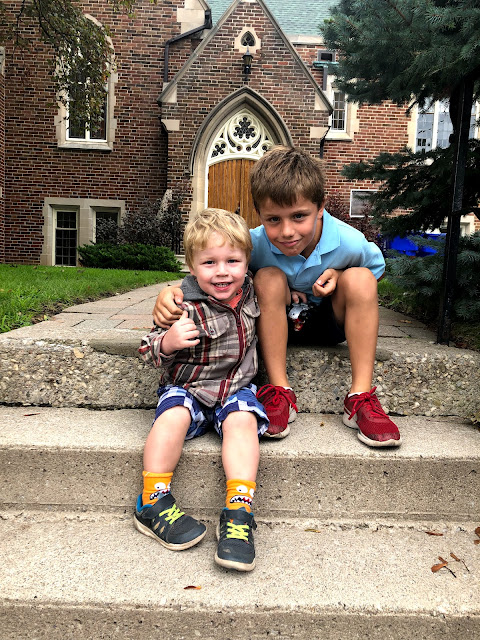 We decided to see if Q could stay up all afternoon with no nap with the hope he'd have a better night's sleep.  The boys played all afternoon in the basement, then we watched The Secret Life of Pets 2, and then Dave and I were able to sort through the toys and get rid of some.

Even though Q didn't nap, the parents did, even with some extra afternoon coffee! 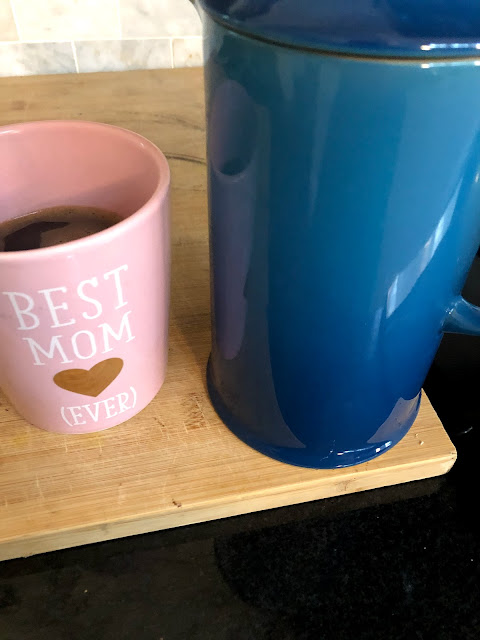