I knocked a couple of books off of my reading list this month.

First up, Turtles All the Way Down by John Green. 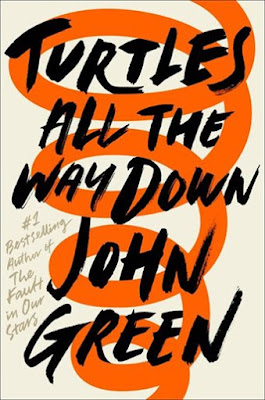 I should have guessed that this book was a young adult novel since it was written by the author of "The Fault in Our Stars".  I've never read that book or seen the movie but I know the basic plot and that it's aimed at teems.
This book is about a teenager who is dealing with anxiety and depression and probably a few other things, and then someone on the town disappears and she and her friend try to figure out what happens.  The parts about how she deals with her mental illness are very interesting and well written.  The story however is pretty simple and this was a quick read.  So my conclusion, it's fine, but more for young readers.

Next up was the fascinating book "The Nazi Officer's Wife", the story of Edith Hahn Beer during World War II. 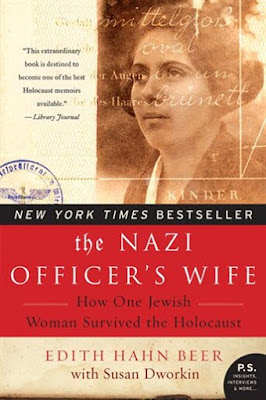 I truly love reading about World War history and when I saw this recommended by another blogger, I immediately added it to my book list.  Non-fiction books can be hit or miss, but this is definitely a hit.  It reads like a novel, and although you know she survives the war and lives to be an old woman, you don't know the fate of the other people in the book, or whether she will be discovered or not, so it is a page turner.
What I really liked about this book is that it takes place in Austria and Germany, where you don't often get to hear about in World War II books.  Usually we hear about stories from England or France but this woman lives among regular Germans and it's complicated.  We often paint all of Nazi Germany with one brush, and certainly you can argue a level of complicity within the country, but there were a variety of people, just trying to stay alive in extremely strange and difficult circumstances.  Since this is a true story you know she isn't just making up characters as literary devices, they were real people.  This is the same for the things she experienced.  She survived but it wasn't a walk in the park; there was struggle that is hard to comprehend, but it speaks to the human spirit and how we can survive at all costs.  I always wonder how I would react if I was put into these scenarios, and I really can't imagine, but you'd hope you had enough stamina and willpower to persevere.
I would definitely recommend this book if you haven't already read it.  Extremely well done.