I have thought about what is going on in our cities all weekend and I felt like I needed to do another post about it. 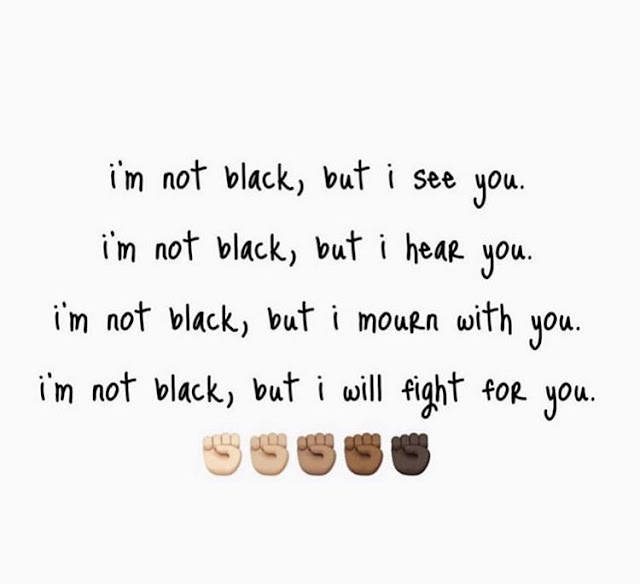 I will never be as eloquent as others are about this, and I will never be perfect in what I want to say, I will write things that people may think are wrong or that miss the point, but I will keep talking and I will not be quiet.  Just know that my heart is in the right place even if I make mistakes.  Although I want to give black voices the spotlight, I will quote this white man (Samuel Beckett): "Try again, fail again, fail better".  I tend to not say something until I think it is perfect but if I waited until I found the perfect words, then I would miss an opportunity, so I will fail and I will try again, and try to improve each time. And when my words fail me, then I will seek the words of others. I have seen so many posts in my various social feeds this weekend with people sharing memes, quotes, tweets, videos, their own thoughts, and it feels good, let's keep this going, let's not just post a few things and then move on, because the families and friends of George, Ahmaud, Regis, Trayvon, Philando and all of the others don't get to just move on after a few posts.

Know that your words matter, and your silence matters too because silence isn't adding to the fight, it's simply a void.  I will continue to keep an open mind, to learn by reading and listening, to set examples for my children, to speak up when I can, and to keep fighting for justice and equal treatment for black people and other people of colour.

Silence includes not speaking to your children about racism. This is something I have not really done mostly because I thought I didn't have to - don't make a big deal about it and they will just grow up believing everyone is equal.  But what really happens is that they will draw their own conclusions from what they hear from others and also, you know what, it is a big fucking deal that black people get shot by police for any number of reasons that would not happen to my children, so instead of saying nothing, it should be taught that we cannot stand for it.  If we were a black family, I'm sure that I would have already spoken to my 8 year old son about how to behave when out with friends or if the police pull us over.  So if black kids his own age know all about it, then he should to. These lessons will also be like what I talked about above, I'll probably have to dive right into to the topic, stumbling, making mistakes, saying the wrong things, but I will "try again, fail again, and fail better". 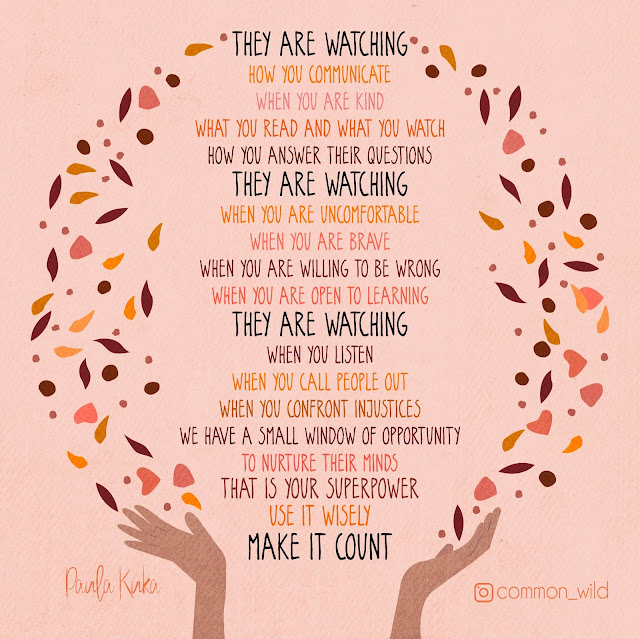 
Some things you may want to check out: