Well this was not a normal school year as most people know. To begin the teacher assigned to E's Grade 3 class was off on disability leave so he had a substitute to start the year.  She was there for until January, and then he got another new teacher.  The second part of the year was marred by teacher strike days and limited extra-curricular activities, and then of course, March 13 was their last day in the classroom as everyone was sent home for a "three week break" to flatten the Covid-19 curve, that extended to the end of the school year. 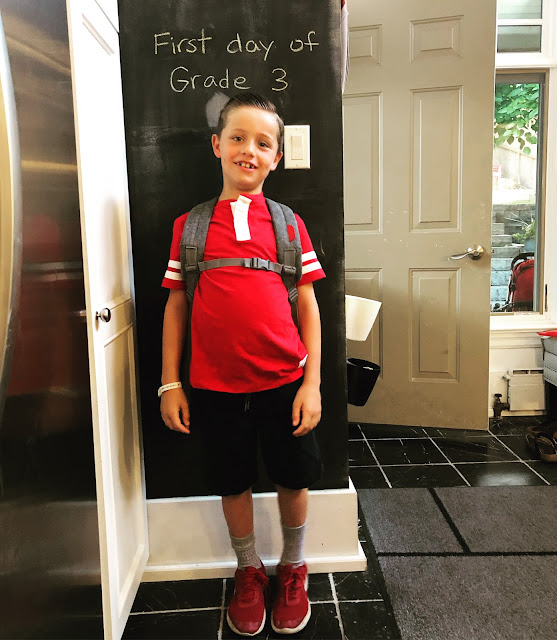 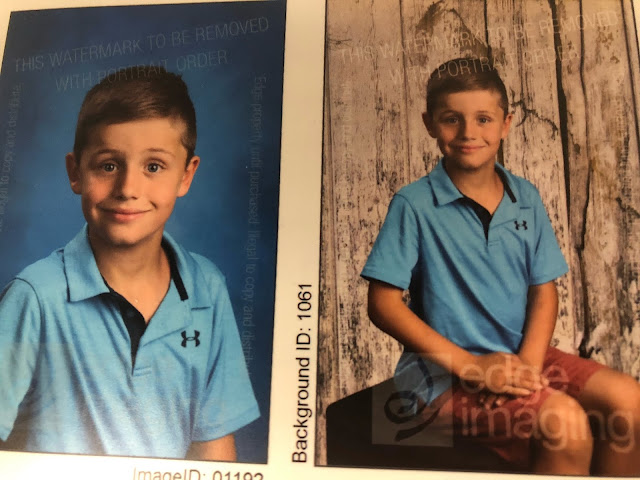 Despite all of that unsettled-ness, I think E had a successful year in Grade 3.  He did enjoy his teachers and had his best buddies in his class.  He ran in the cross-country races and made it to the second round.  He sang with the Christmas choir and became more familiar with all of the school happenings.  His reading has also taken off (he reads for fun now) and his writing is a lot neater. 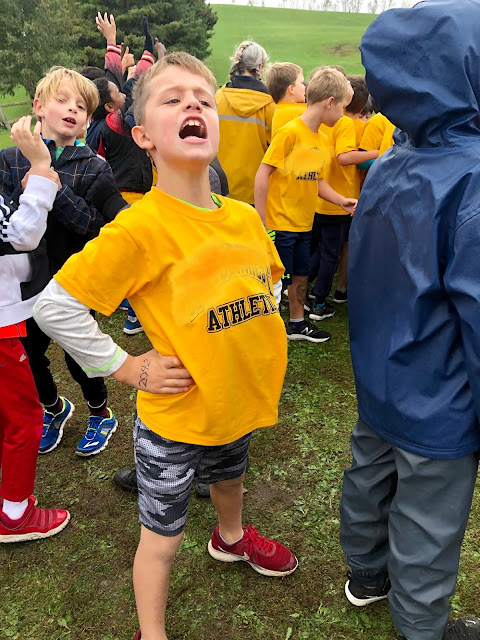 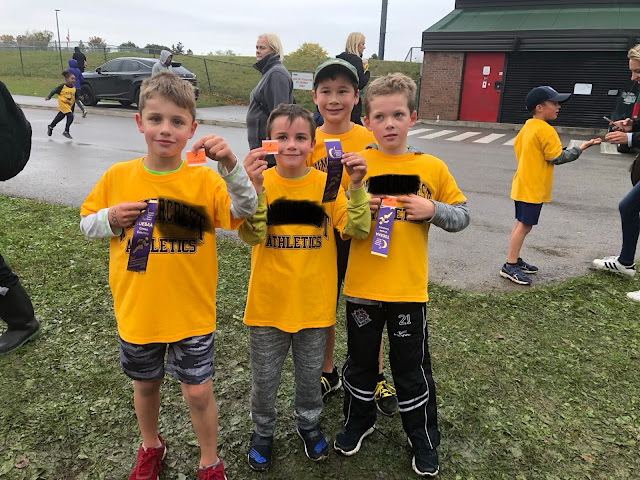 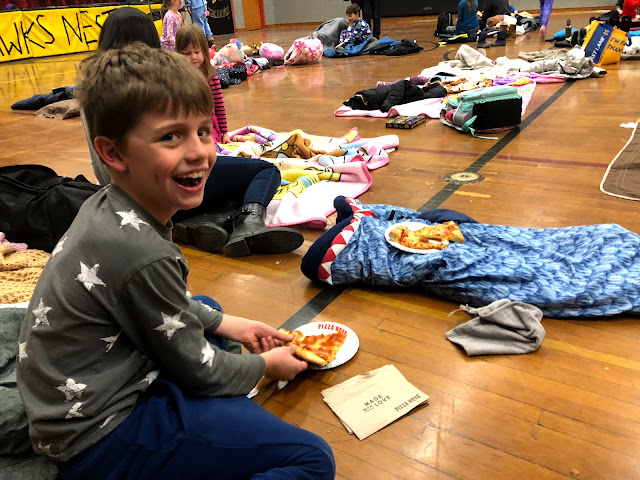 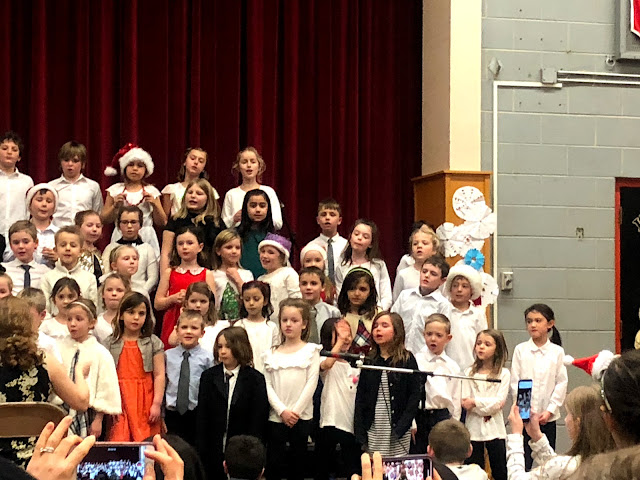 New murals in the school that E was very excited to show me. 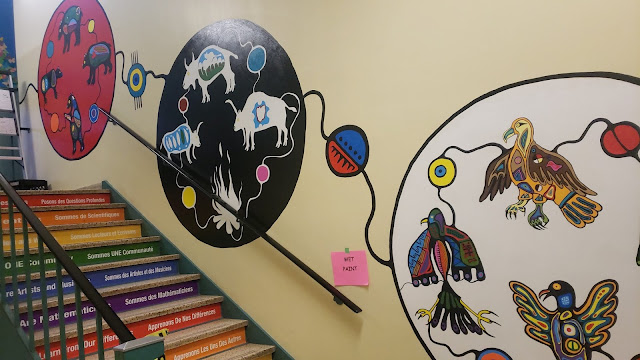 E has never had an easy time with school, he takes a long time to get focused on his work and then rarely completes the work as it takes him longer than they have time for in class, and his work isn't always the neatest.  I have always been worried about him falling behind and tried to find ways to help him. He has had sessions with the Occupational Therapist and she had no diagnosis of dyslexia or ADD, and although the school has a few tools to help him (like a wobbly stool for his desk, and extra help reading), this didn't turn him into an overnight success.  Then in October, we got a letter from the school that said E had tested as gifted on the CCAT test.  We were surprised since we didn't think he was gifted, even though he has always been clever, just given his difficulties in school listed above.  He did the next level of testing which confirmed his designation as gifted in January.  I have to say this made me feel so much better.  I know now that he may not always excel in traditional classroom learning, but he will find somewhere to succeed.  We had the option to put him into a gifted program but it would mean moving schools and we weren't ready for that.  We may decide to do it later, perhaps for high school, and in the meantime he will have an Individual Education Plan, and we will try to find other areas where he could be challenged.   When you read the description of a gifted child, it describes E so perfectly and it is always nice to know he is not alone with his challenges and gifts. 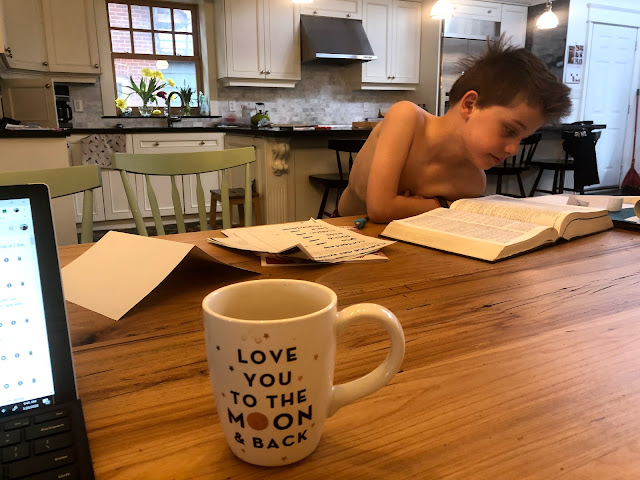 I was actually thinking earlier this year that I wasn't getting to spend much time with E and that he was growing up in front of me and I was missing out.  I would often leave for work before or right after he got up, and we would have a bit of time between supper and bedtime, but with me putting Q to bed, and then often rushing out to my workout classes for 8:15, I wouldn't have much time with just E.  Our weekends were spent with E being at a friend's house playing video games, and then skiing all day with E in his own lessons.  I am grateful for this time to spend with him, sitting beside him and helping him with his school work, or just playing a game (however much I get frustrated with him). 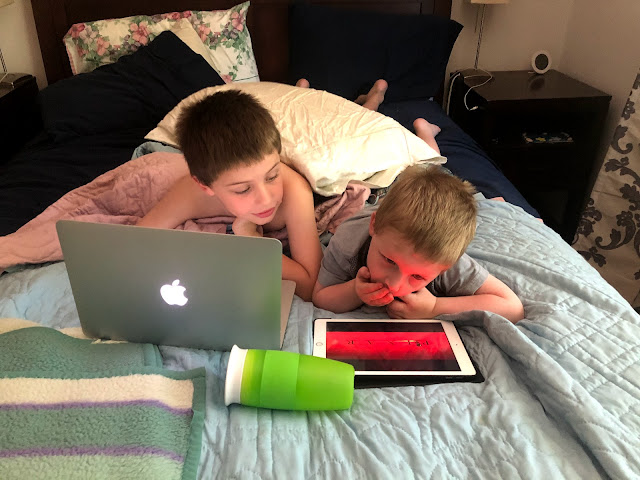 I wrote about home schooling here.  It was fun to see what he was actually interested in doing, and it was usually the music and art projects.  He did a diorama of a Métis village and he liked that a lot.  He also enjoyed putting together his math board game (due this week as the last assignment). I am glad for the opportunity to see what he likes and encourage him to do more of it. 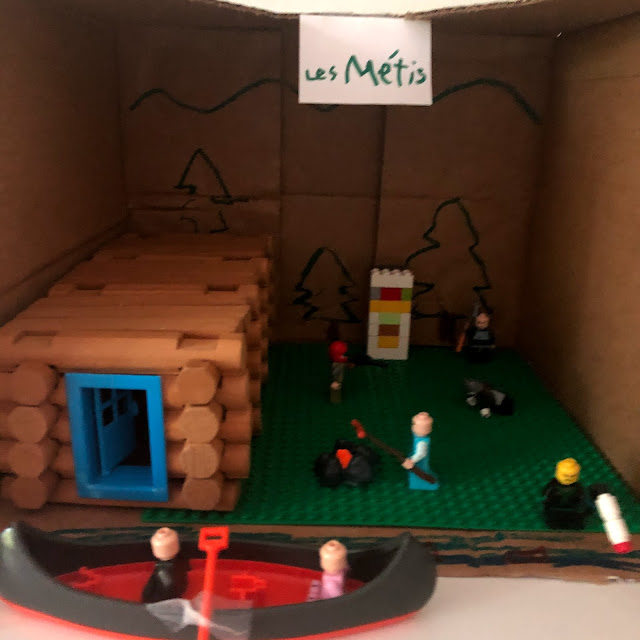 Dropping in at school to pick up his stuff and drop off the library books. 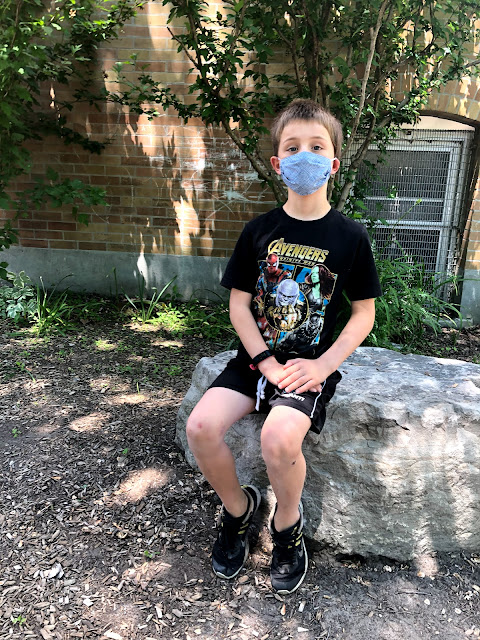