On Friday afternoon, I left work a little early so I could do some errands.  When I got home they were tearing down the house two doors down, and all of the kids in the neighbourhood wandered by at some point to see that.  I also tidied up the front yard while Dave and E were at tennis. 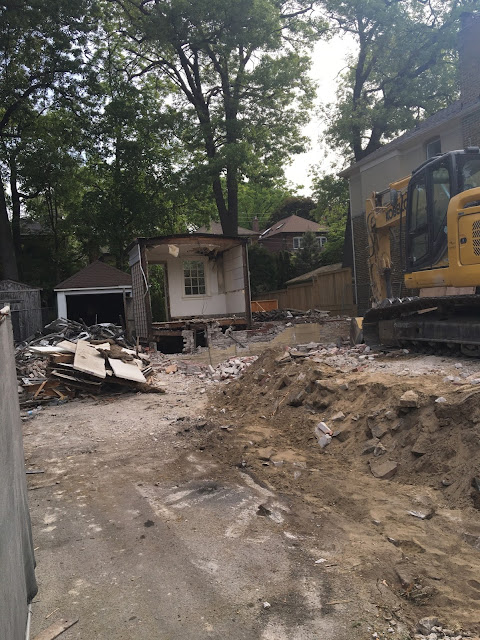 On Saturday we headed off to a birthday party held at Playtown in Mississauga.  This is a really neat place with all kinds of little stores and stuff that you'd find in a town with costumes and props to play with.  E had a great time! 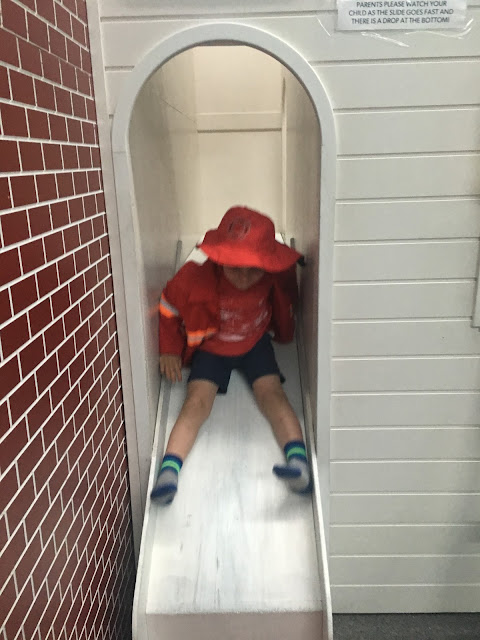 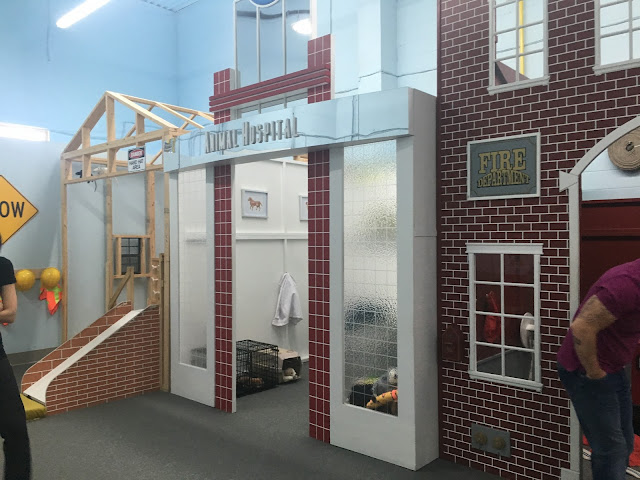 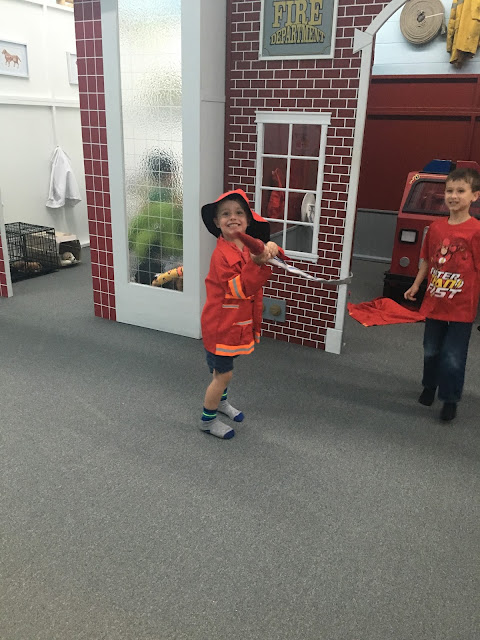 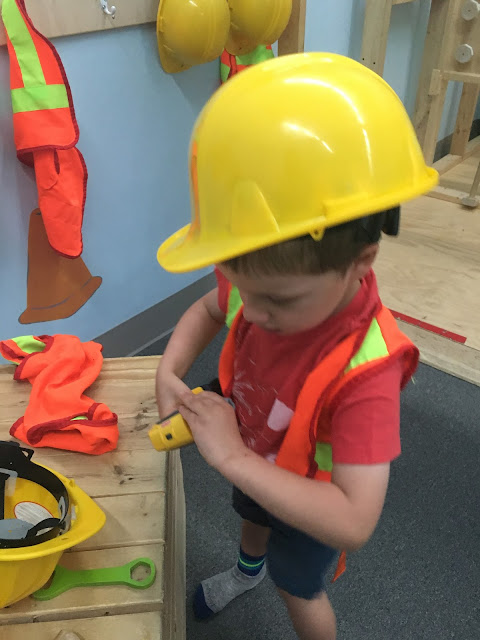 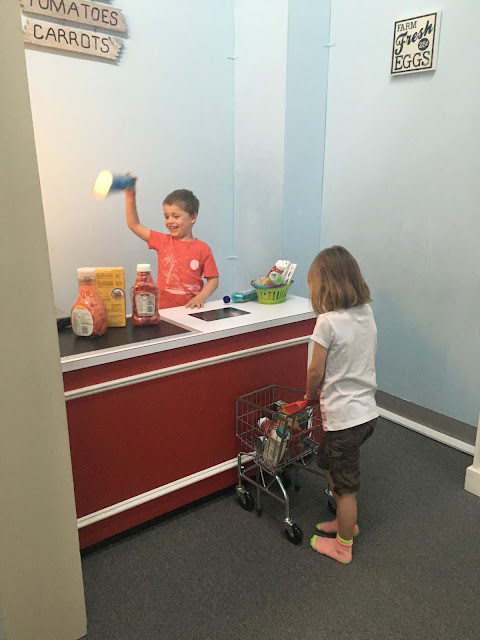 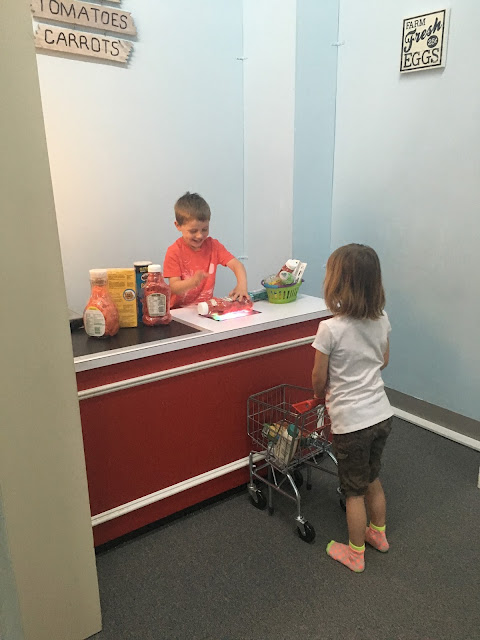 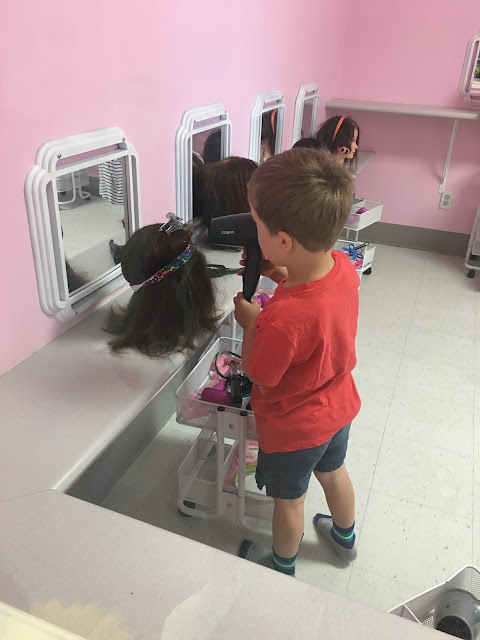 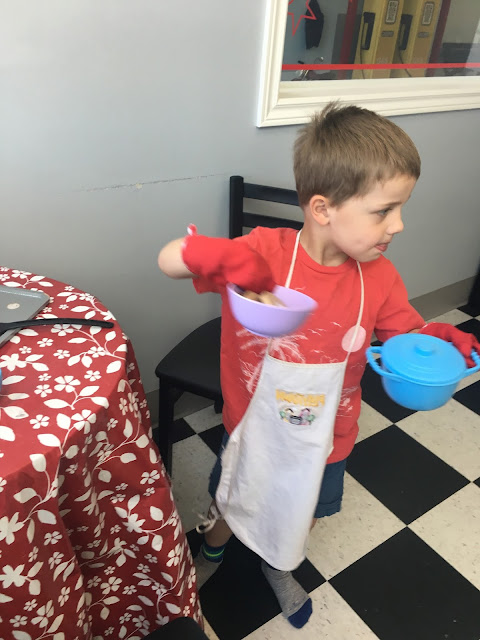 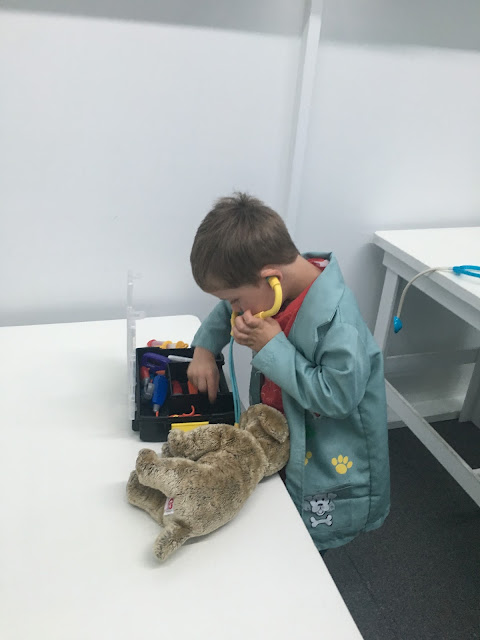 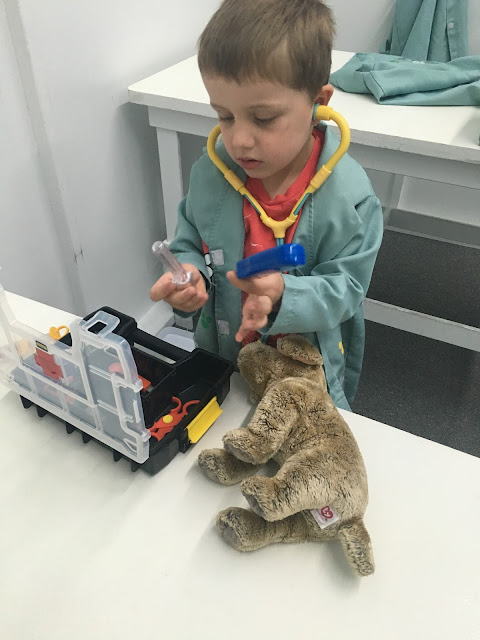 After we got home, Dave finished putting the floor down in the basement and I trimmed some trees in the backyard.  Then we walked up the street to get an ice cream. 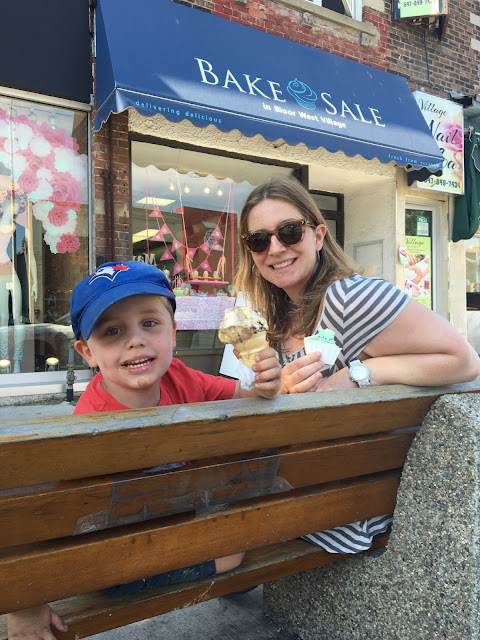 After that I went to a Lobsterfest at a Rotary Club in Mississauga. My firm usually has tickets for a table each year.  I went last year too and it was pretty good.  This is the crowd. 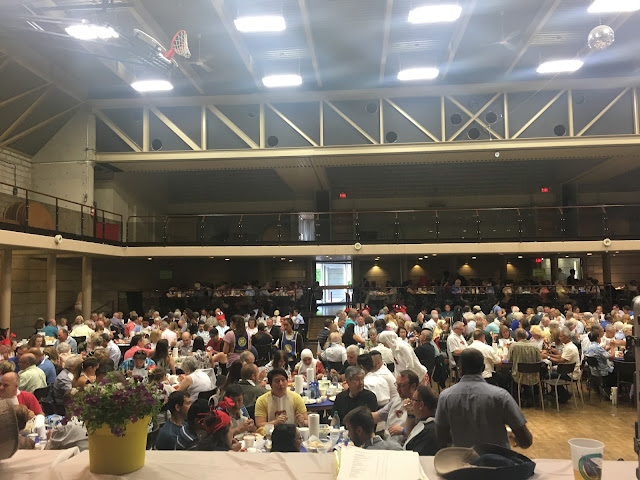 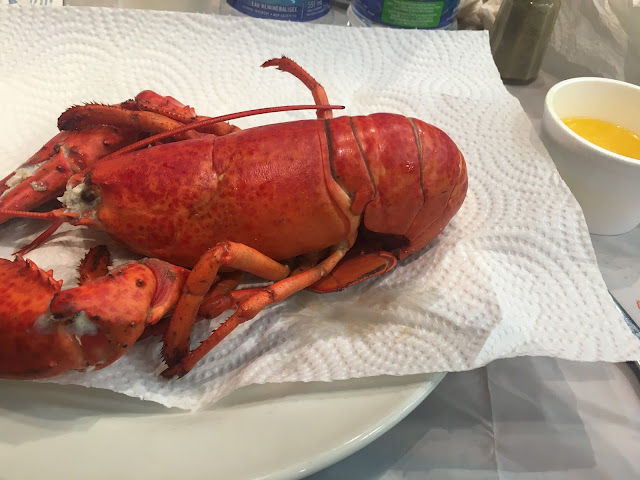 Dave and E made mini pizzas (the bottom row is a girl, a giraffe and a boy...apparently...) 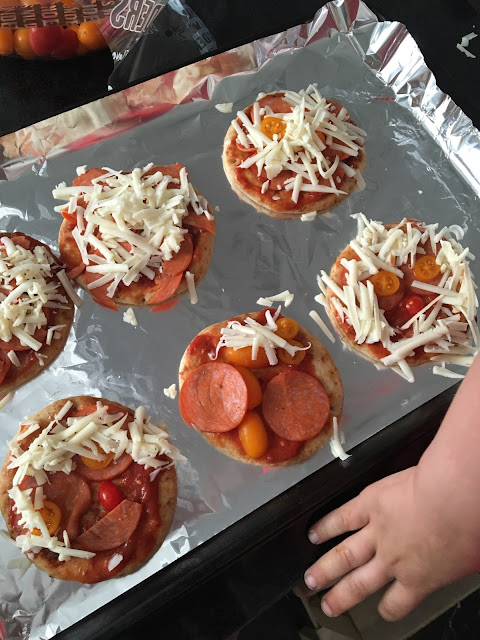 On Sunday we went to a baptism for our friends' son.  I didn't take any photos.  It was in a beautiful Greek Orthodox church and the ceremony was different than what we are used to.  The baby was very well behaved though!  After the church ceremony we went to the reception for a lovely meal.

We unfortunately had to leave earlier than planned because my office was having a BBQ.  We had fund there visiting with everyone and E ran around with the other kids.


The coconut cream tarts I brought for dessert. 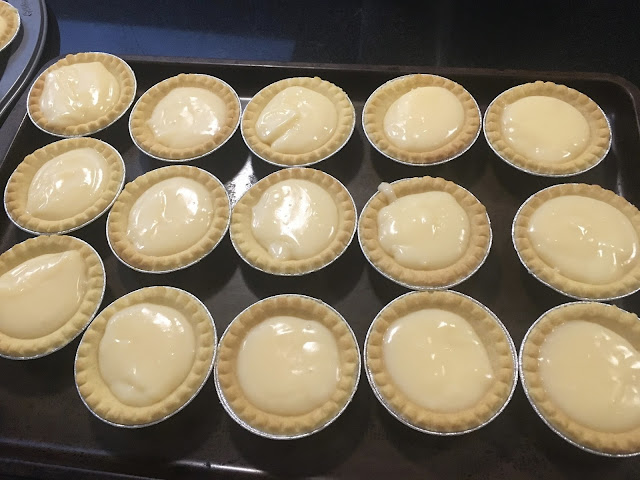