On Friday we got a pile of snow, so the boys were out shovelling when I got home from work. 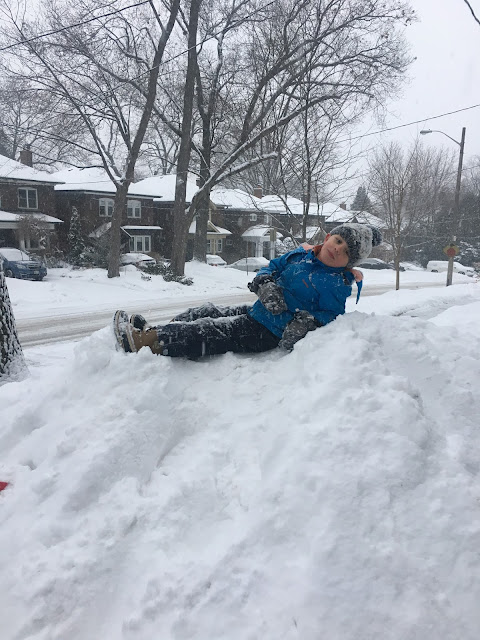 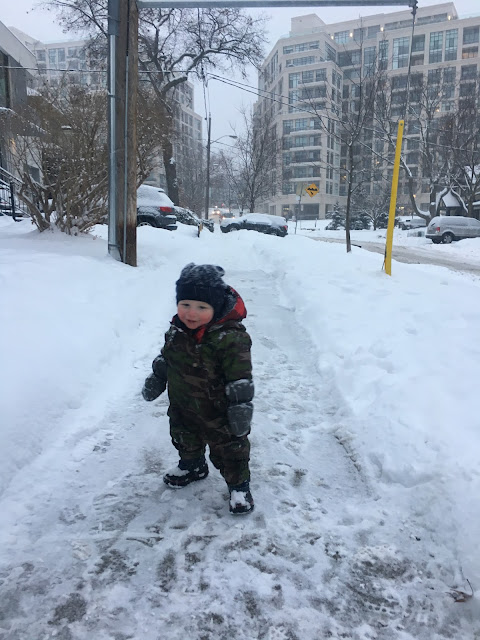 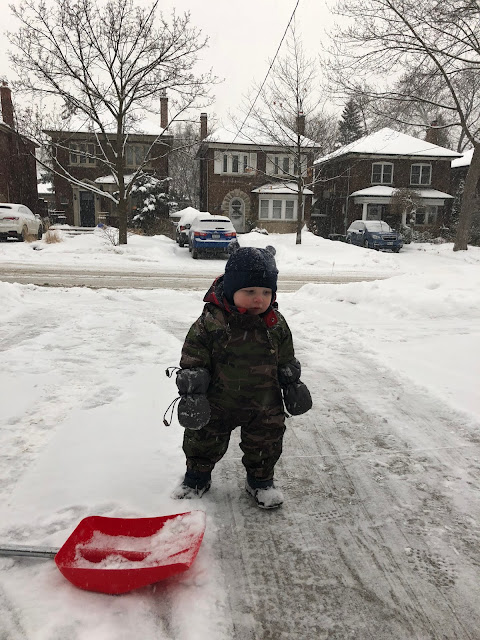 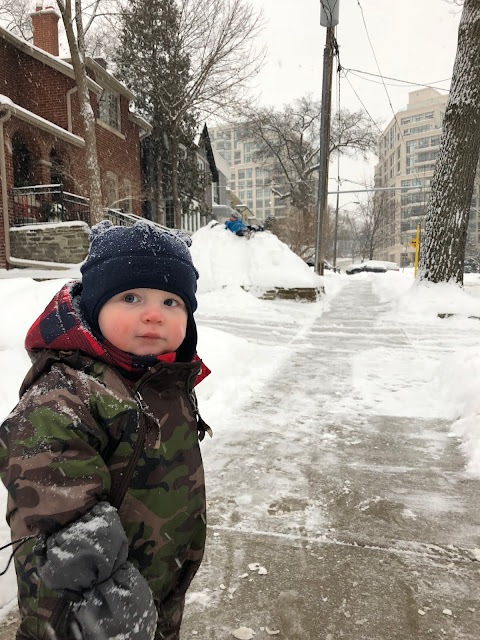 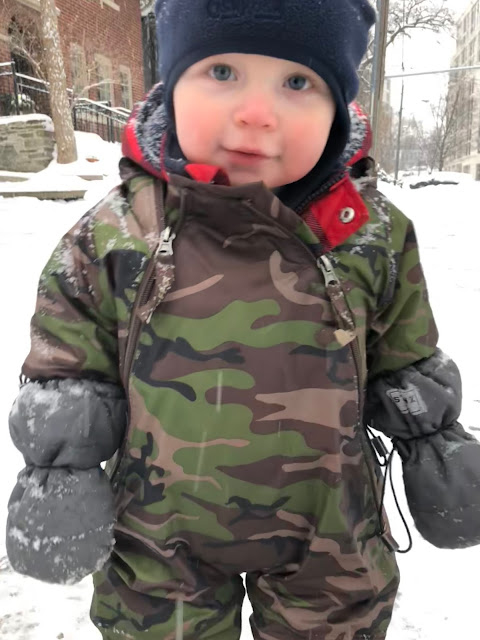 Then we went inside and ate the meatball subs that Dave had made for us and loaded up the Olympics.

On Saturday morning Dave and E took off for skiing.  I was in charge of signing up for t-ball so we skipped swimming lessons so I could be in front of the computer when sign up began.   Q and I hung out on the couch for a bit. 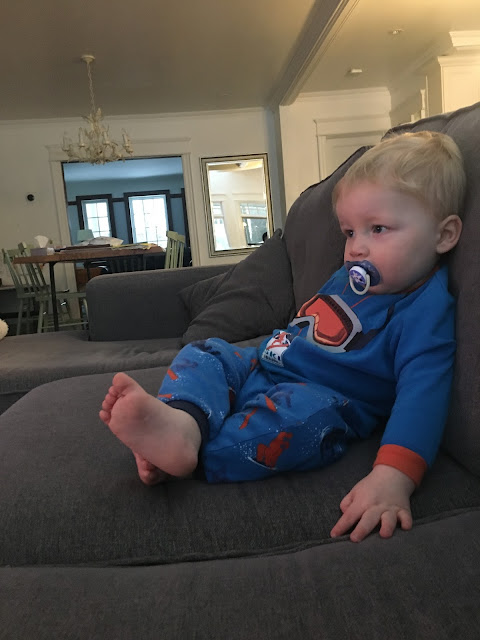 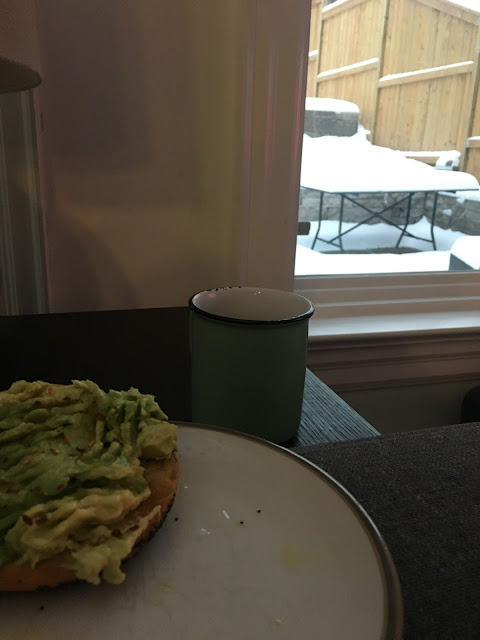 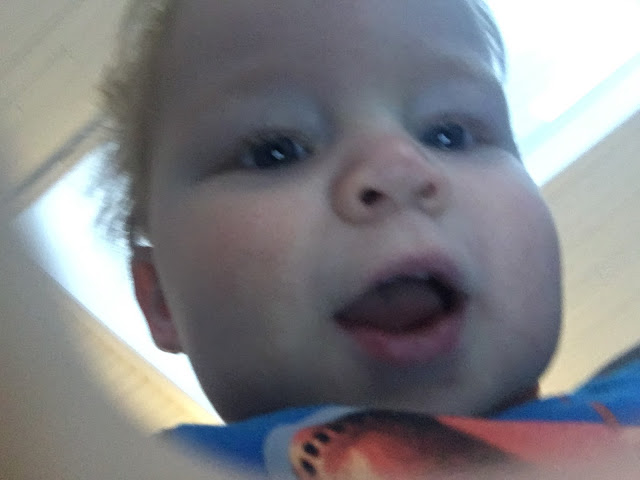 After Q's nap we went to Costco to get gas and a few things.

Meanwhile Dave and E had a great day up on the slopes. 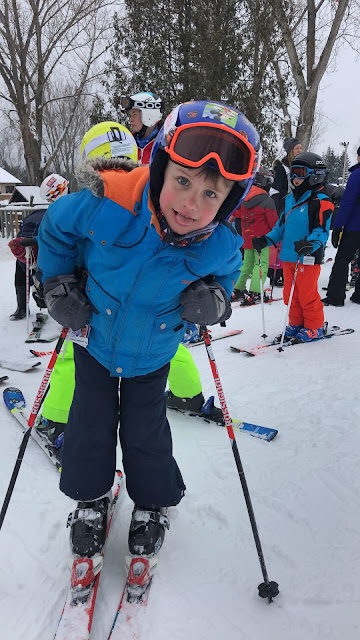 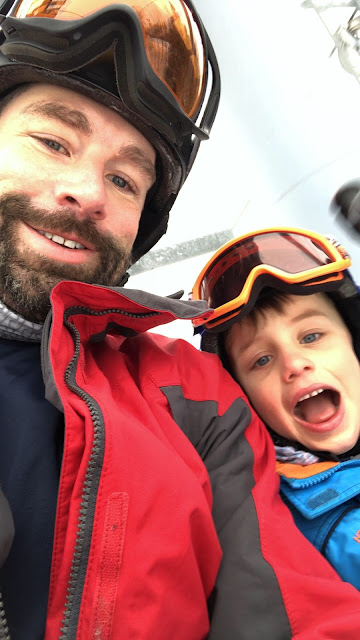 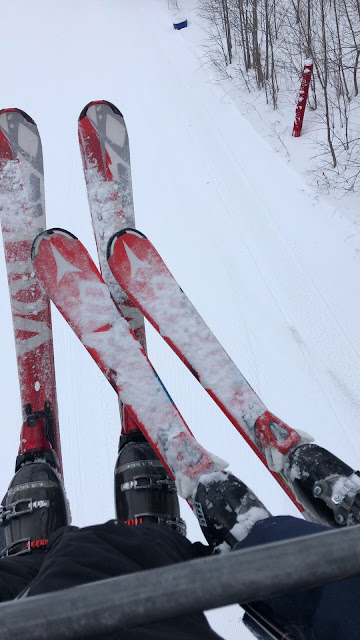 We had some friends over for supper so I made this fish dish.  It is so easy but tasty - haddock fillets with spinach and buttered bread crumbs.  We also had potatoes, green beans, and chocolate cake. 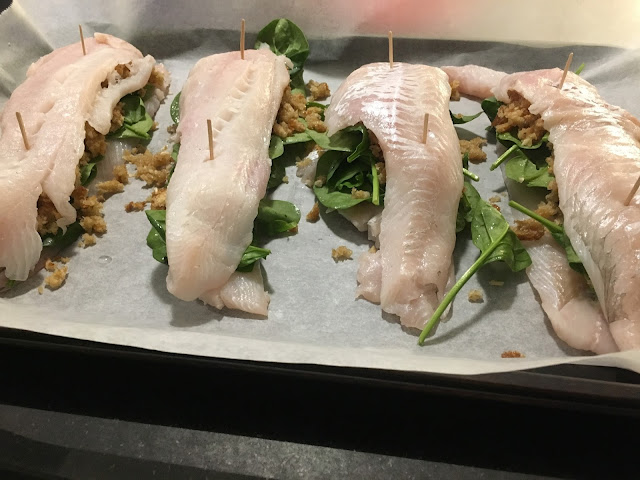 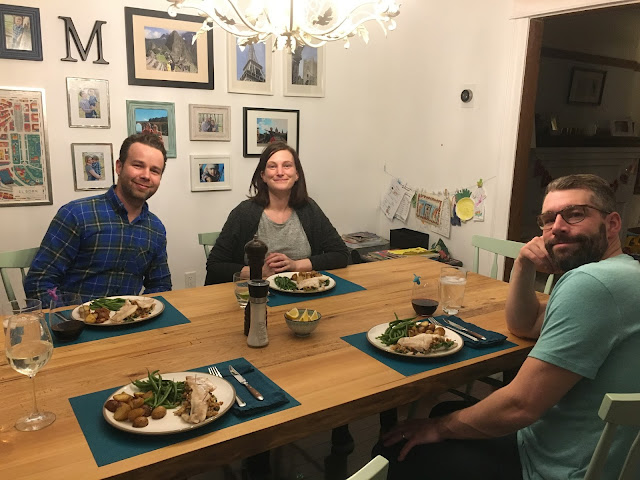 Our Sunday morning started out pretty normally, with pancakes, and some goofiness. 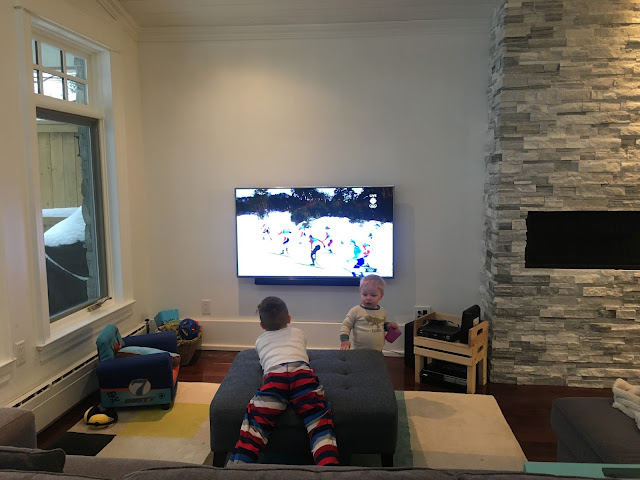 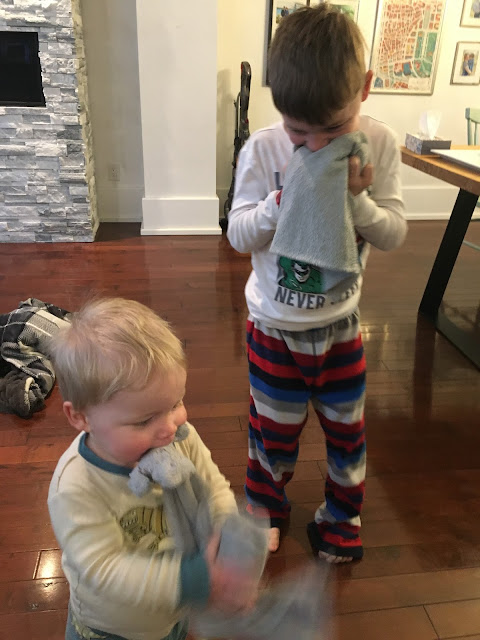 But then poor Q fell on a toy and cut his lip and gums.  Mouth cuts bleed a lot, but it stopped fairly quickly and he calmed down.  He was in better spirits after a nap and did well eating.  We are getting him checked by a dentist today but there is likely nothing much they can do, just check to make sure there was no major damage.

E and I still went to church and E sang in the choir.  In the afternoon Dave took E to the pool for a free swim.  We were all supposed to go together but decided Q didn't need anymore excitement.  We made some burgers for supper and watched a lot more of the Olympics.