Here is our weekend recap - different from the week since Dave and I don't have to work and we are able to leave the house for longer periods of time without worrying we have to get home for a call.

It was chilly on Friday and we were all bundled up when we played in the backyard in the morning. 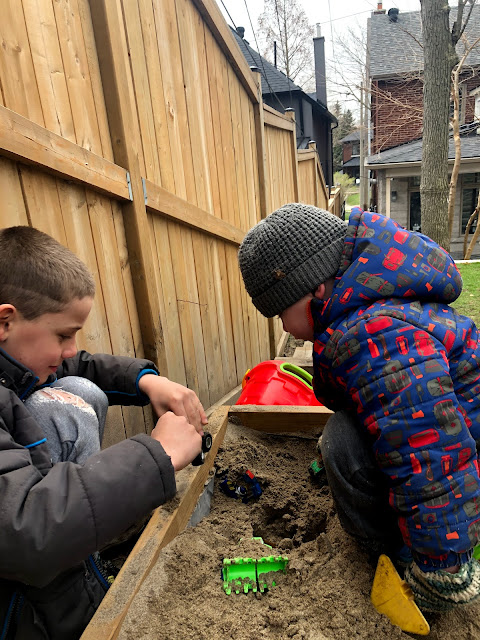 I picked up some bread and produce in the morning and some wine at the LCBO in the afternoon.  Both experiences were pretty good and I didn't have to wait for long at any place, and they had what I wanted.

We made pizza for supper on Friday and while we were cooking I snapped this photo for Instagram.  It was the end of Week 5 at home and we're still smiling.  Pizza tip - put olive oil on your dough under your sauce, it changes everything!  After our pizza we watched Trolls World Tour again. 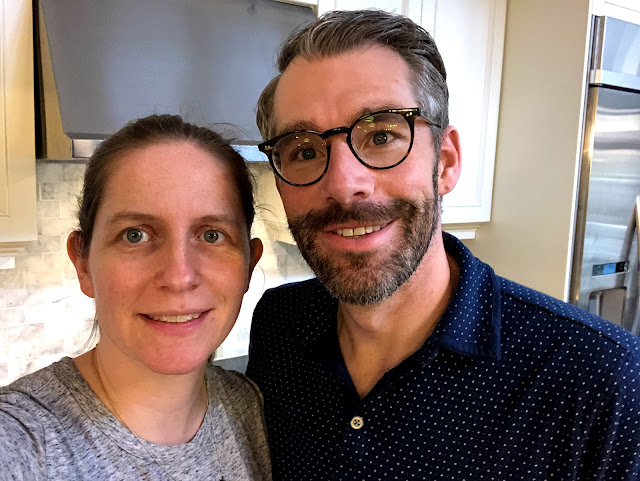 It was a bright and sunny day on Saturday.  Although it still wasn't super warm, it was still warmer than it was the day before.  I did my workout class in the basement while the kids watched some movies.  Then we all headed outside.

I drew a hopscotch on the sidewalk outside and we have seen a few people stop to play on their way by. 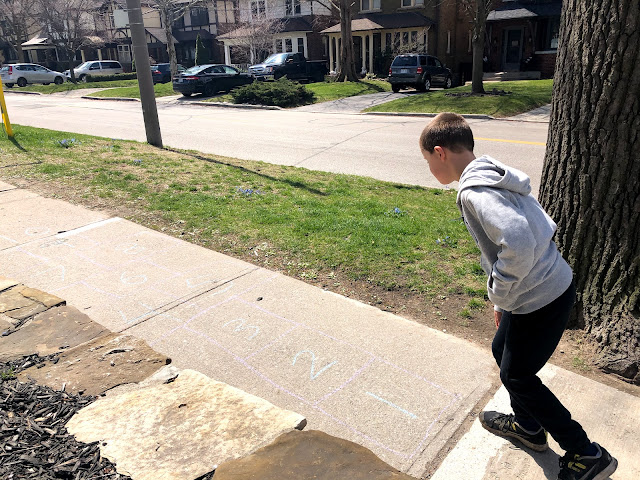 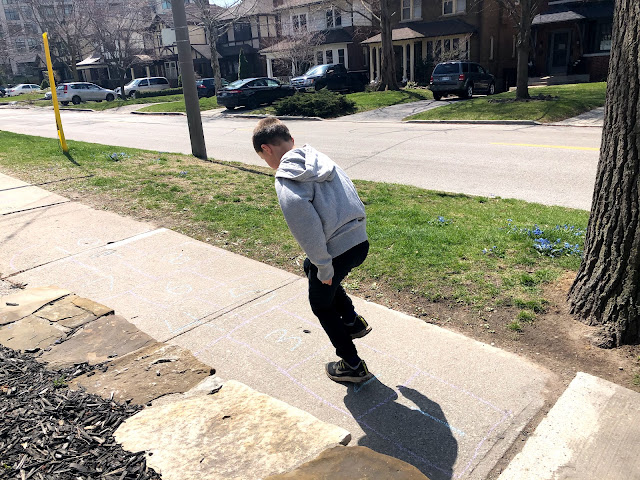 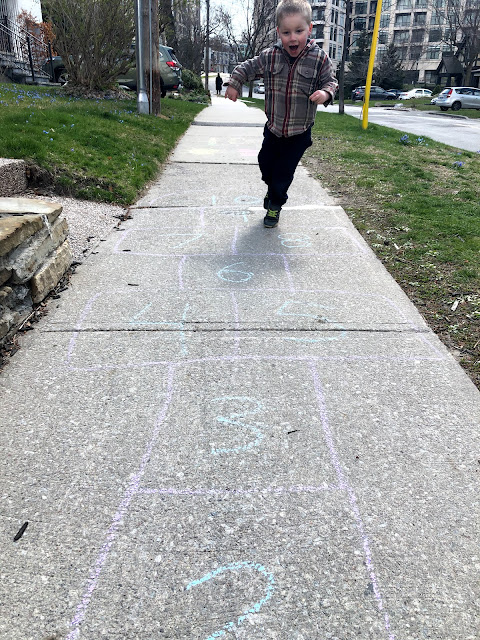 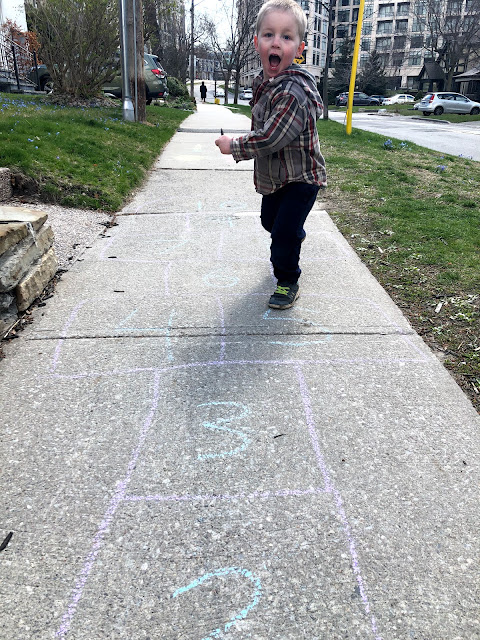 I traced the boys again, and then afterwards I wrote "We miss you friends and neighbours" 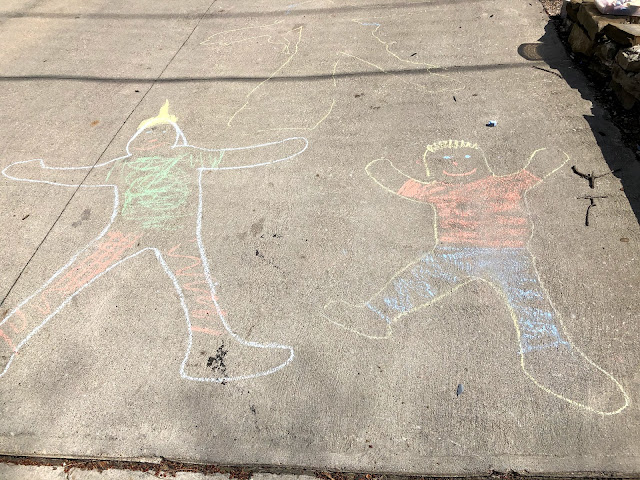 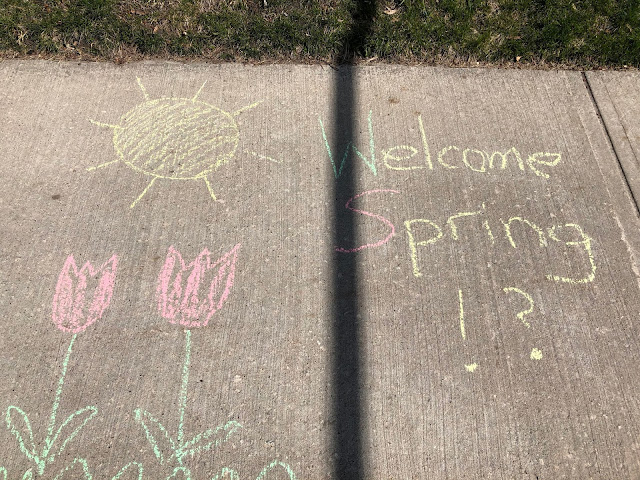 Then we went for a walk through the neighbourhood to the south of us.  We thought we may be able to get into the Humber Marshes for a hike but we couldn't find an entry point so we just walked on the streets. 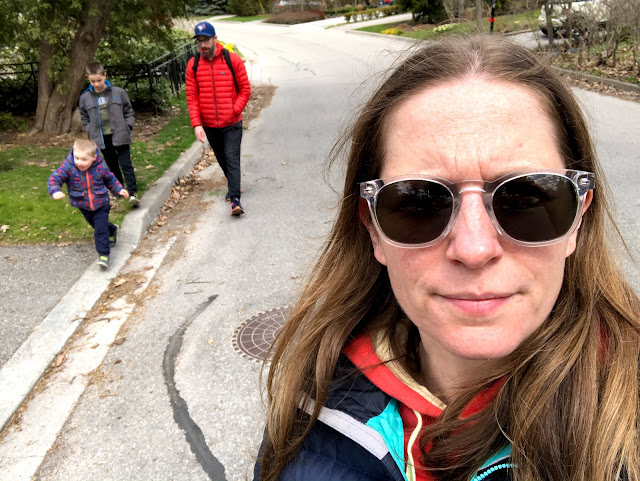 We had a good supper of roasted vegetables and quinoa made into a salad, and we were able to get the kids to bed fairly early, and then Dave and I watched a new show on Prime called The Capture.

On Sunday morning I did a workout downstairs and then Dave went for a run.  I also "attended" church and heard the message of Doubting Thomas and enjoyed some lovely music.

I convinced Q to try his bike finally and I took the boys to the parking lot to ride around for awhile. 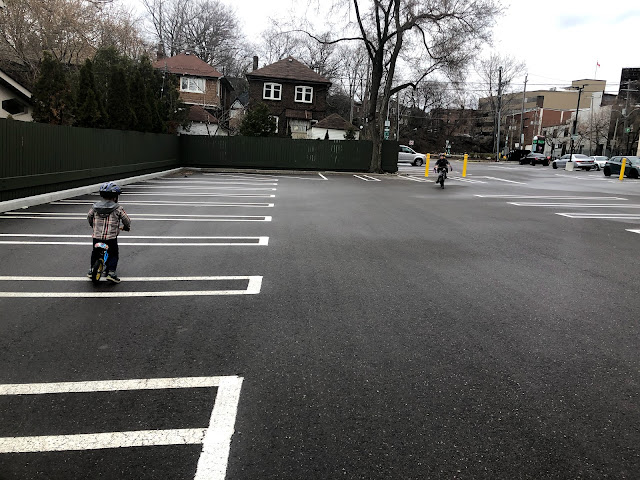 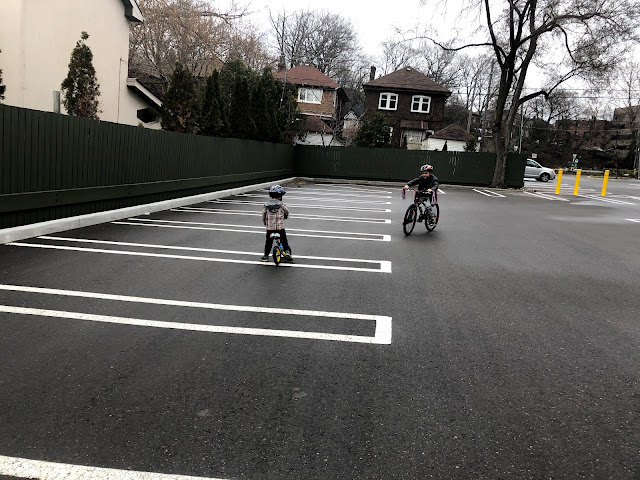 Then to the backyard for a bit. The sun was lovely. 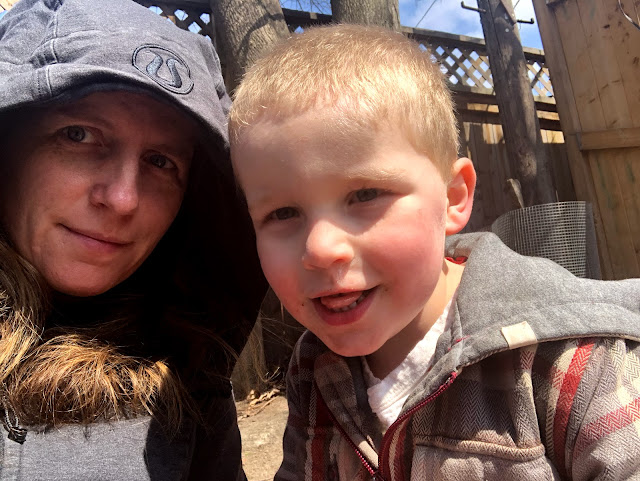 Then we got the kids to make cookies and I actually managed to let them do it even with the mess.  We used my friend Janna's mother's recipe, they really are the best chocolate chip cookies. 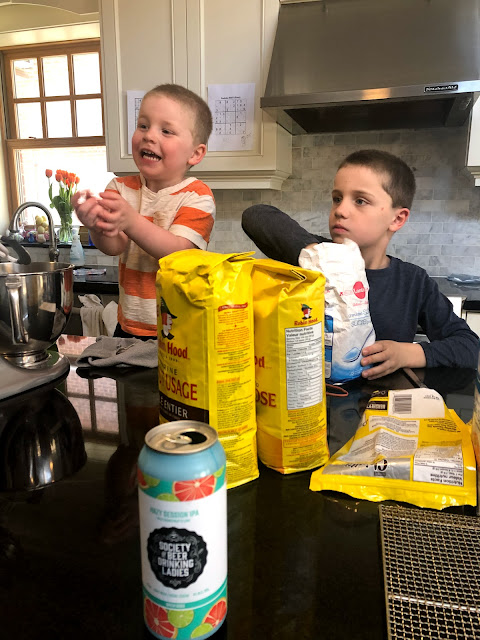 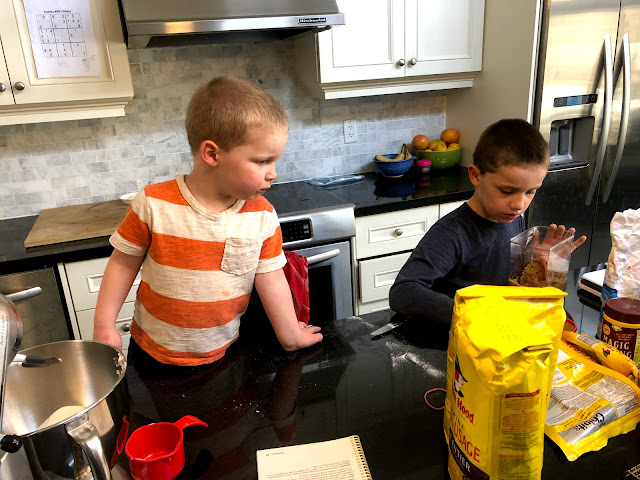 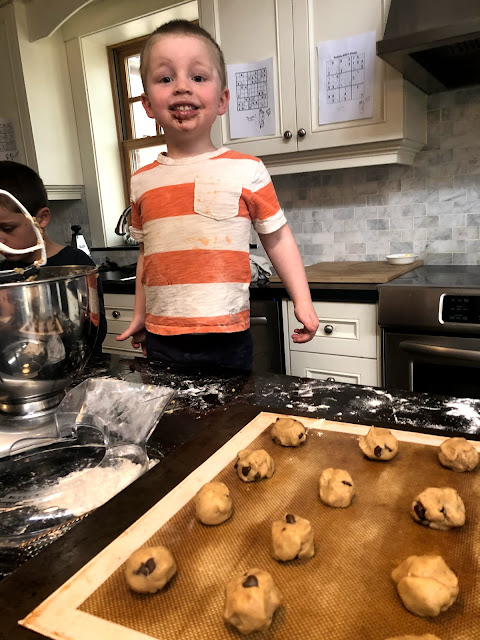 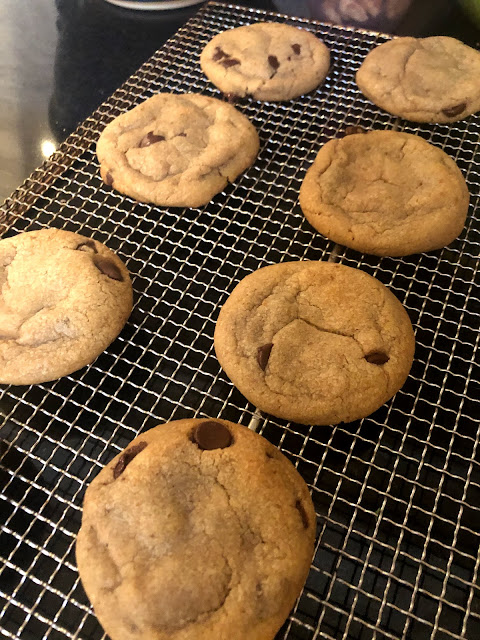 We had steak for supper.  Everything was so delicious. 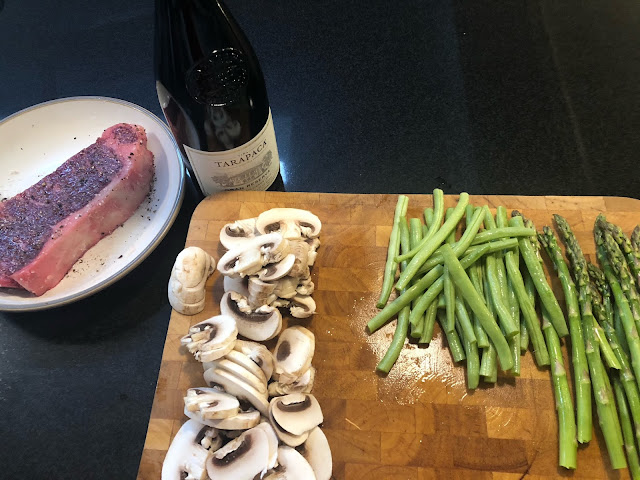 Baths for the kids, some bedtime stories, and then Dave and I watched The National so we could get the full story about the Nova Scotia shooting.  I've said it before, but the National does a good job of reporting on the news and it helped me understand what happened after sort of being confused as I had followed along on Twitter all day.  What a sad story anyway but is compounded by the inability of people to grieve together.