The Farm by Joanne Ramos 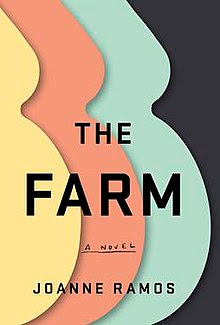 This was my 2020 Reading List. This book was basically about a business that has been set up to host and pay surrogate mothers for wealthy clients.  The clients either cannot have children themselves or are too busy to actually be pregnant.  The surrogates are impregnated and then they stay at "The Farm" during the pregnancy and for a brief recovery period after giving birth.  They are paid well.

This book had elements of The Handmaid's Tale where the 'hosts' were supposed to behave a certain way and not discuss controversial topics (like what happens if a baby tests for Down's Syndrome and the parents decide to abort).  It also reminded me of the series we just watched on Apple TV called Homecoming where soldiers returning from a tour of duty were housed in a facility with the apparent intention of getting them ready to reintroduce them to civilian life but you knew something sinister was going on.  And maybe it wasn't even sinister but you felt like there was more to the story than what was being told to you.  I think here it was really just a business to make money at all costs, even if it meant people weren't treated the most fairly.

The book also raised issues of class, and immigrant communities that come to North America (in the book it was the US, but we have lots of immigrants in Canada too of course) and the lives they live and the desperate measures they take to make money to support themselves and send home, and the sacrifices they make to ensure they aren't deported.  As I've talked about lots of times when I write about books, these are worlds that I sort of know exist, but yet I have no idea what people's lives are really like, and at least this books give me a glimpse into it.

I thought the book ended rather abruptly and I wanted to know more about what happened between the end and the epilogue, as well as getting more details about the other characters.  I felt like the actual climax of the book was glossed over and we went straight into what was going on years later.  But all in all a good read and one I would recommend.

Everyone Brave is Forgiven by Chris Cleave 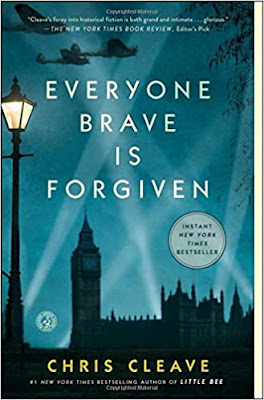 I was kind of over World War II novel for awhile, I felt like I had read enough of those for awhile but this is what came in for my library holds so I dove in.  It is set in London. This book follows Mary, 18 when the war starts, who is from a well-off family and volunteers at the War Office on the day war is declared.  She starts dating Tom who remains in London during the war as a civilian as his job is deemed too important to remove him from.  We also meet and follow Tom's friend Alastair who signs up right away and serves in France until the Dunkirk evacuation and then in Malta.

It took me awhile to get into the book since things seemed to moving so slowing and it jumped ahead months at a time, and then the Blitz starts.  I realized halfway through that the book was doing a good job of being tedious as I imagine those first years of the war were if you were in London.  The war was just across the Channel and nothing was really happening at home but something was happening "over there".  Then when the Blitz started it was first a series of drills and then actual bombings that would have been such a heavy and difficult time, while the Brits had to keep calm and carry on.  Then we learn about Alastair's time in Malta where the time dragged on there as well, it seemed so difficult and yet people had no choice in the matter.

It was not the best WWII novel I've read, but it was still pretty good, and I enjoyed the author's notes about how his real life relative inspired some of the plot.
Posted by TorontoSAM at 6:00 AM