Dave had a tee time for him and E late on Friday afternoon so it was just me and Q for dinner.  I had picked up some pre-made mac and cheese and samosas from Hot Oven Bakery but Q didn't like the mac and cheese.  Then we just hung around the backyard for a bit. 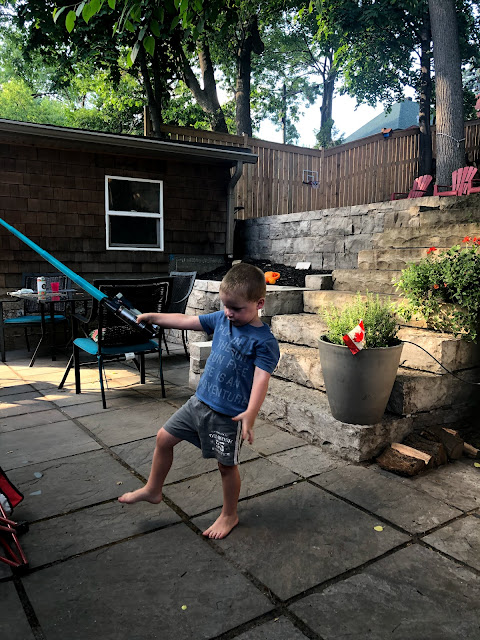 And then we went to our neighbours where they were making ice cream in an antique ice cream maker.  Q got in on the action. 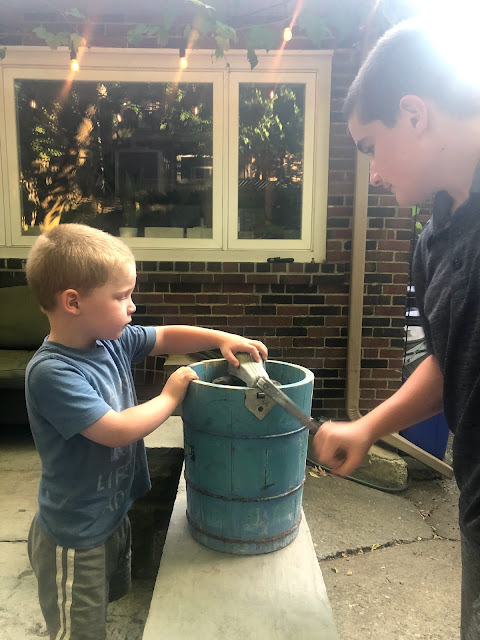 And we all got enjoyed a bowl, including E when he and Dave got back from golf. 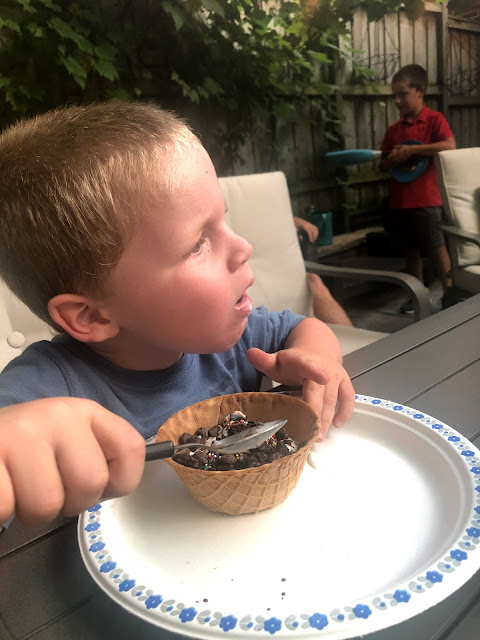 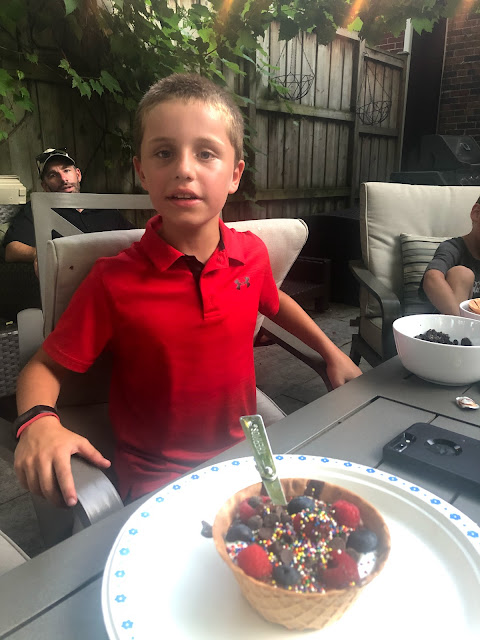 Then the kids watched Trolls World Tour in the backyard. 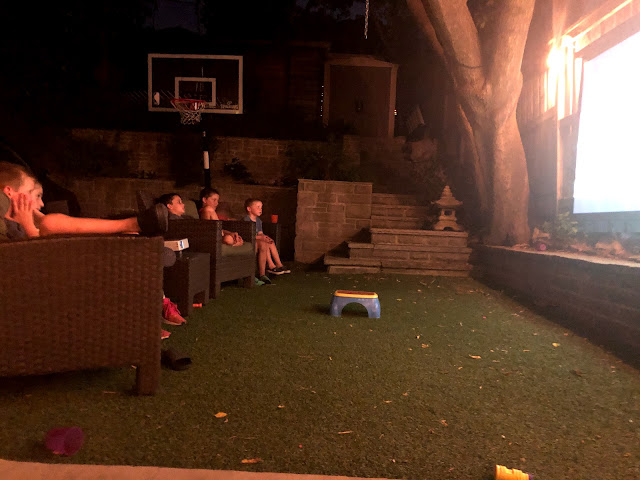 The next morning we were all a little tired from being up late the night before.  Dave did a bit of work in the morning and we just played around the house.  Then I packed up a picnic lunch to bike High Park. Q fell asleep on the way. 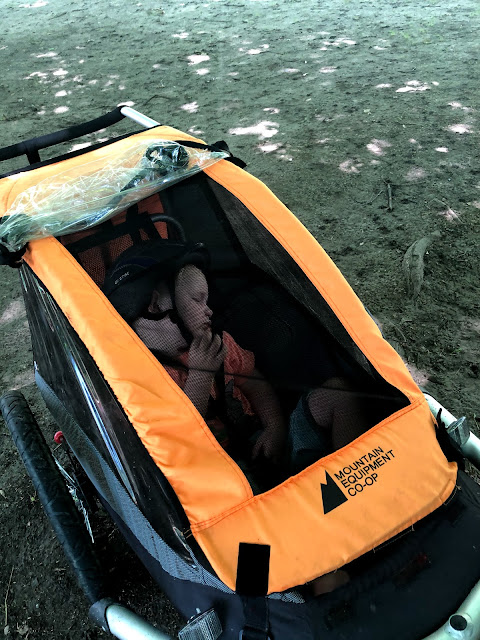 The splash pad was so refreshing. 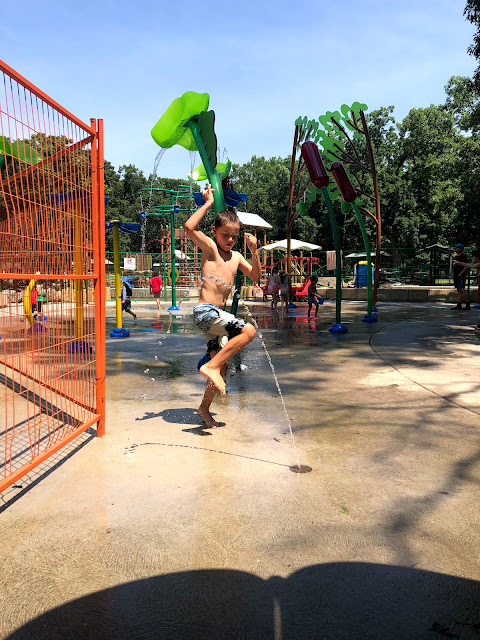 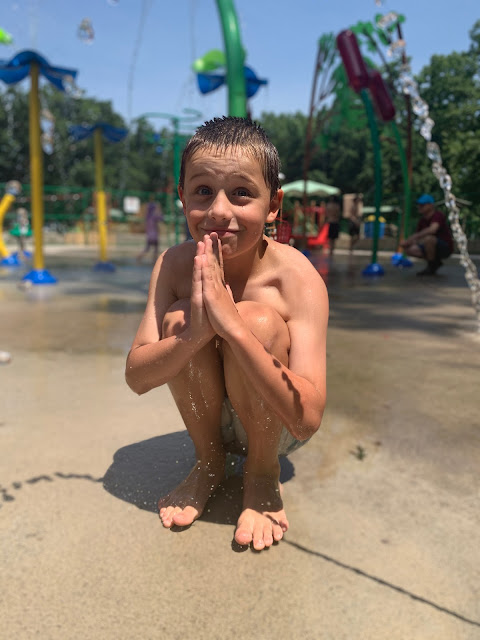 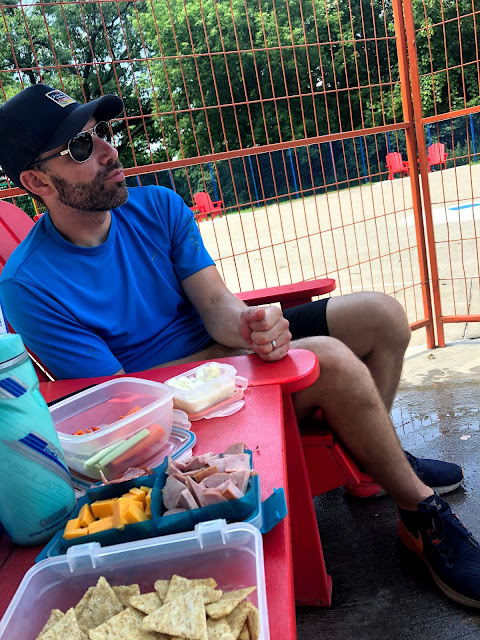 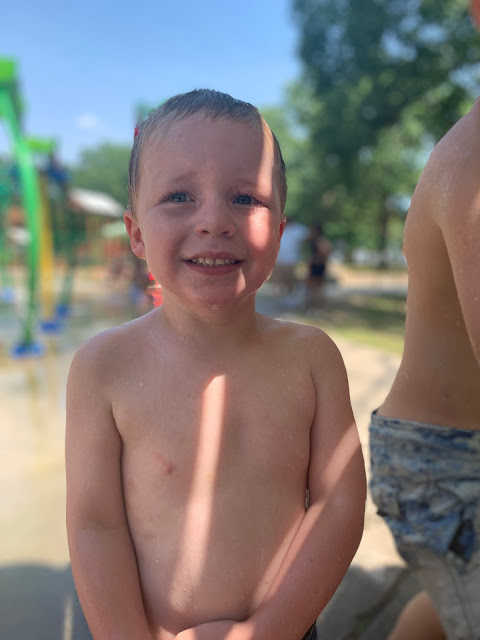 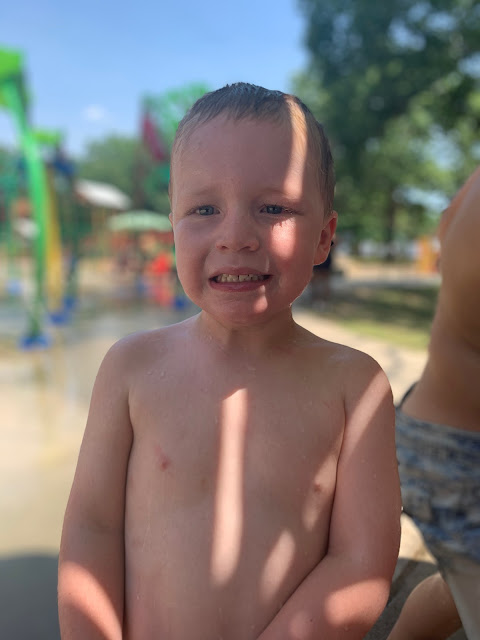 Ice cream for all. 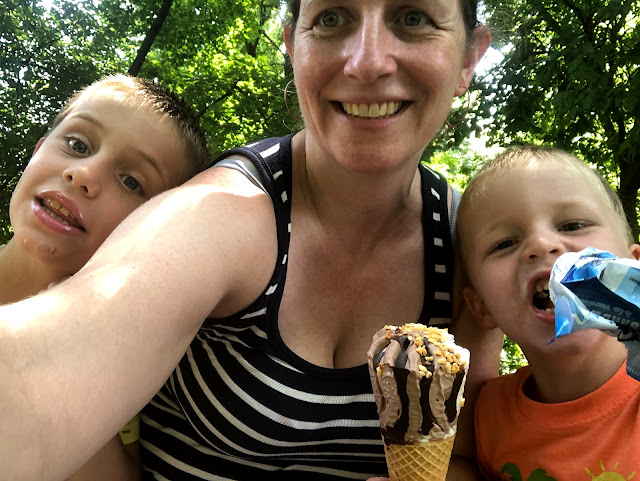 Since Dave and E were golfing on Friday we moved pizza night to Saturday night. 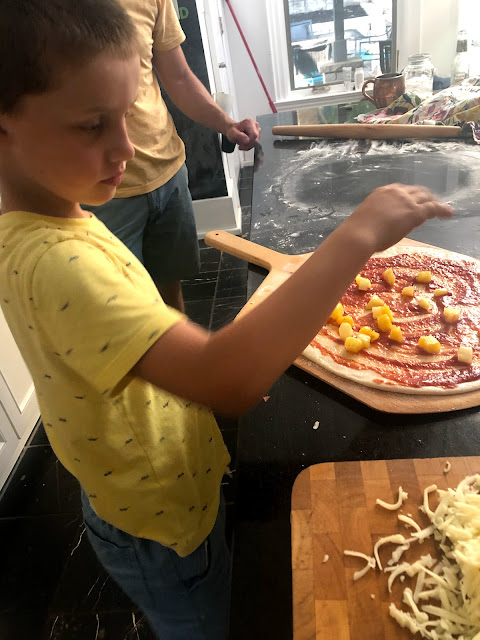 We watched a bunch of Ultimate Beastmaster so E was literally climbing the walls. 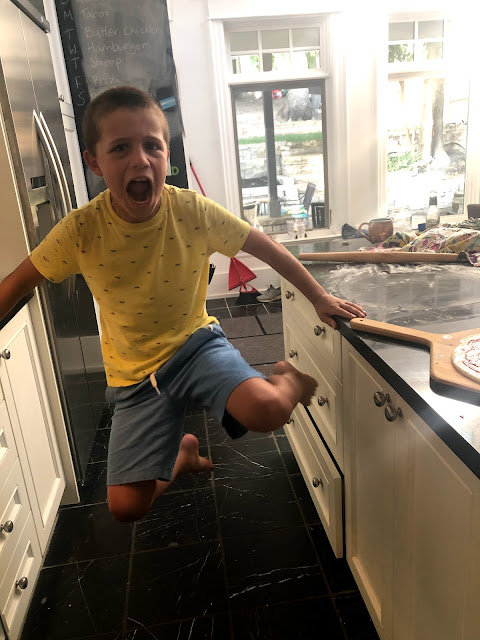 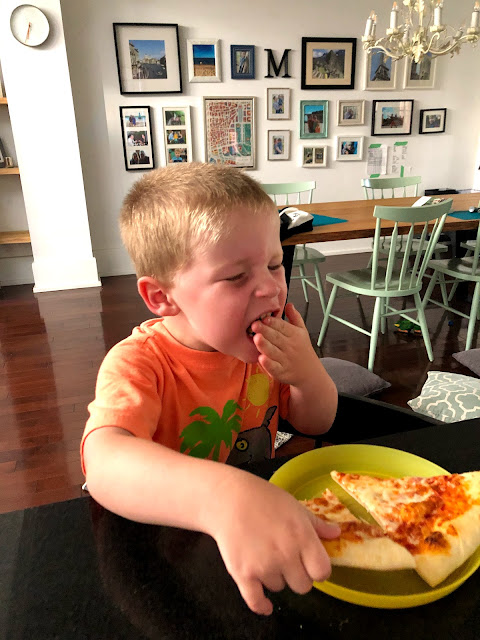 Dave's pizza which he said was the best ever. 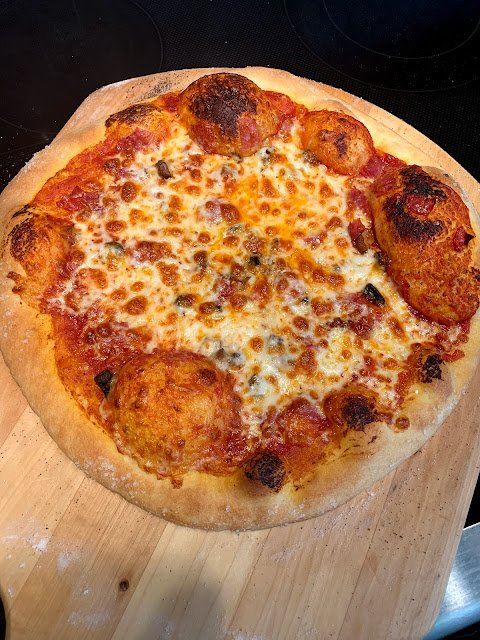 Sunday was a hot day and we were expecting a storm so we got out to the driving range early. 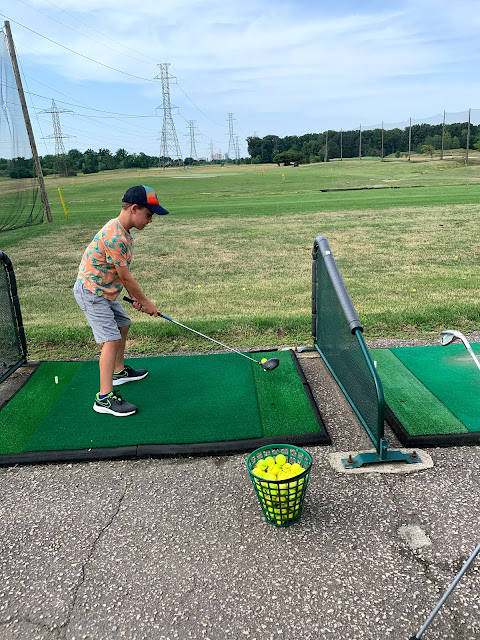 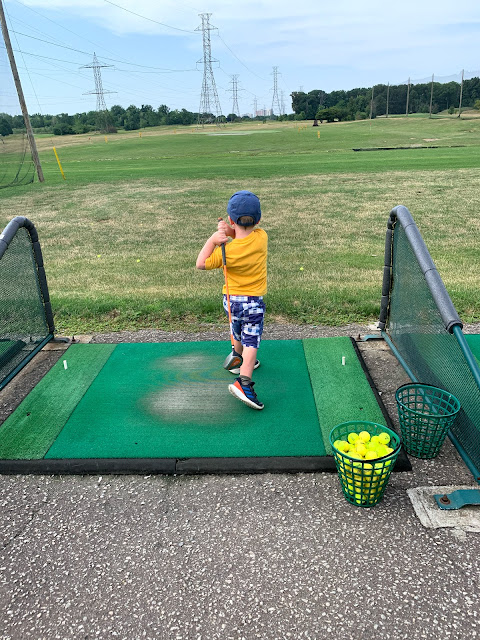 I sat out front to watch the storm roll through, this was at the end. 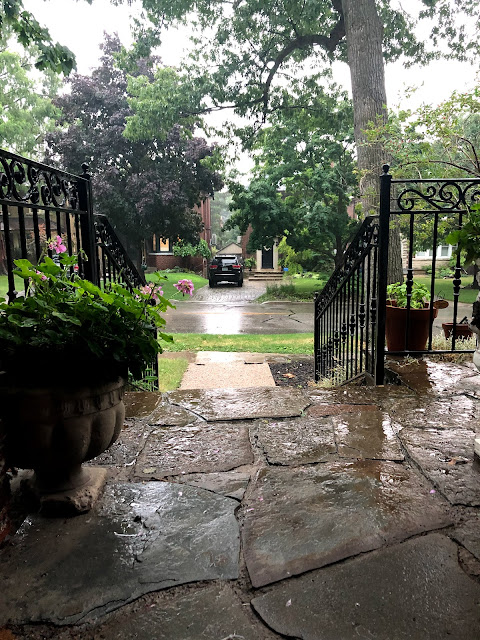 After a nap or two and some movies, the sun came out so we took a quick bike ride, and then got home to make supper - beer butt chicken, roasted potatoes, and green beans.
Cheers to a great weekend. 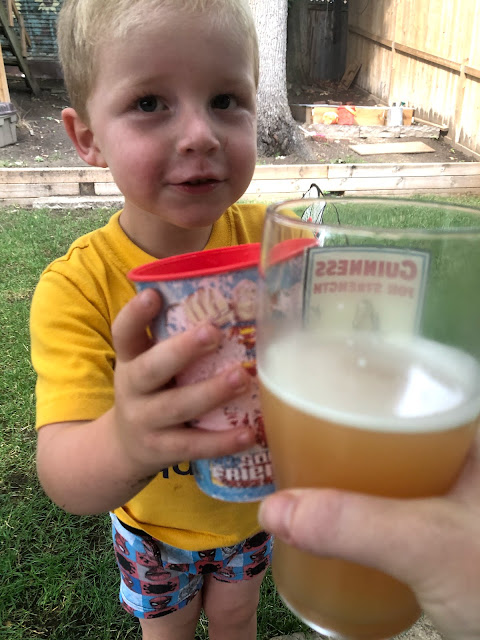 Some chipping practice in the backyard. 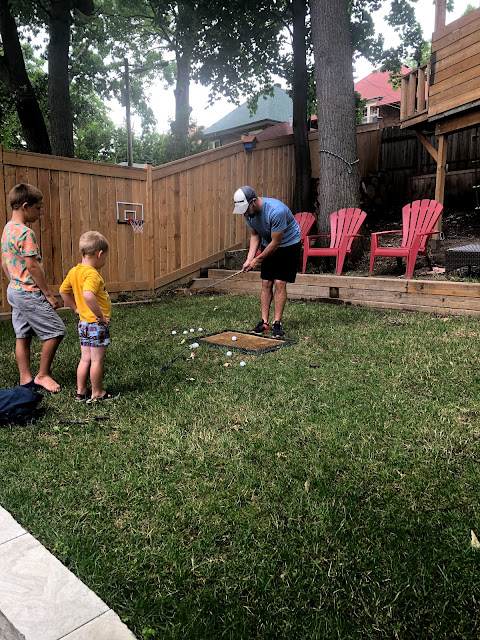 We watched a few episodes of Indian Matchmaking on Netflix before bed.  Fascinated by Aparna.