Friday was a busy end of the week.  Luckily though we didn't have to make dinner as we were invited to a neighbour's for the evening.  We had pizza and the kids played on the trampoline.  Sweaty Q! 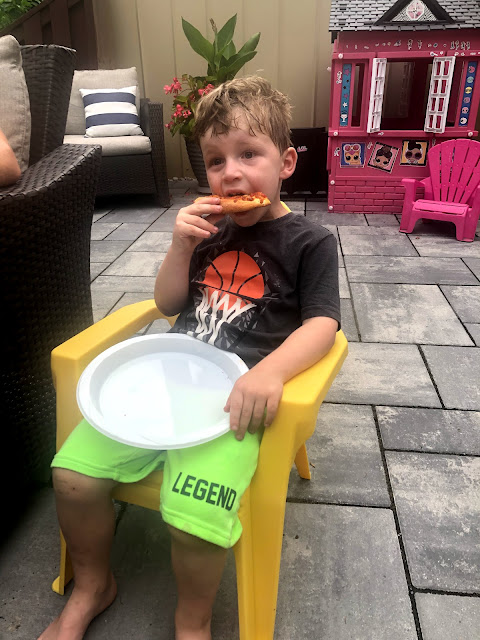 On Saturday morning we were up bright and early to pick up E from his camp.  We were excited to see him and he was full of stories. 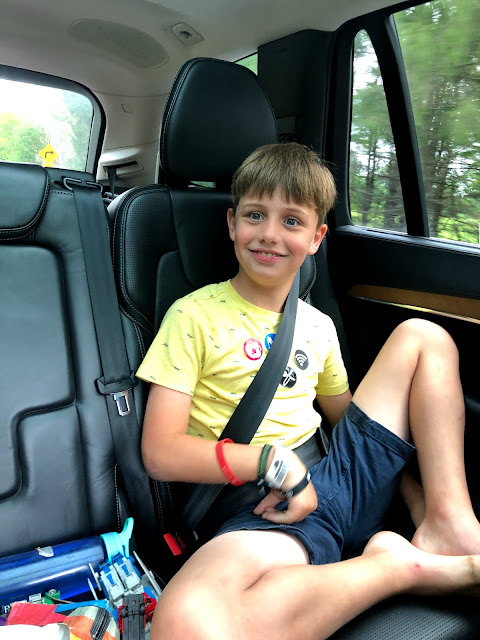 Instead of driving up and back which would have been about 5.5 hours round trip, we decided to spend the night up there.  After we got E, we did a bit of a tour of the Muskoka area.  We stopped in near the JW Marriott Resort (and used their washroom) and then walked around by the water.  They had a bunch of little pop-up stores there although it was a little early for us to feel like shopping. 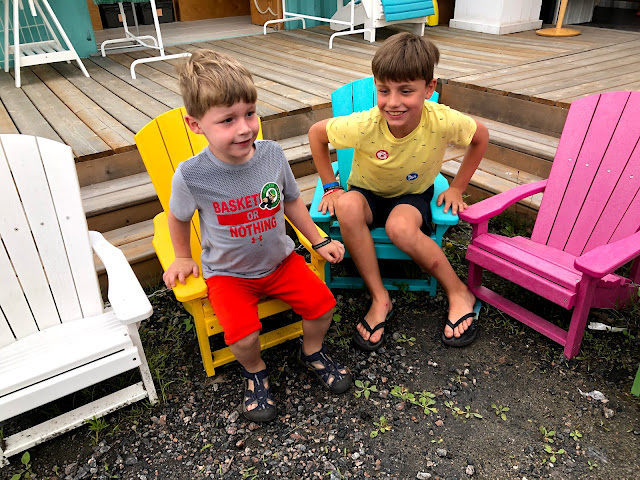 We drove into Port Carling and got a box of butter tarts and other treats from a bakery there.   The next stop was Clear Lake Brewery in Torrance.  This was a great set up.  Picnic tables and Muskoka chairs in the beer garden, with kids play structure, lawn games, live music, and a full menu.  We could have spent longer here but decided to get going after some beers and a plate of nachos. 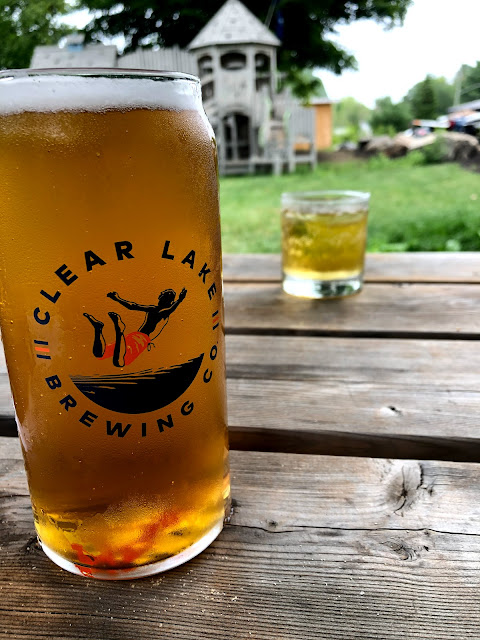 Then we went over to Bracebridge to play mini-putt. 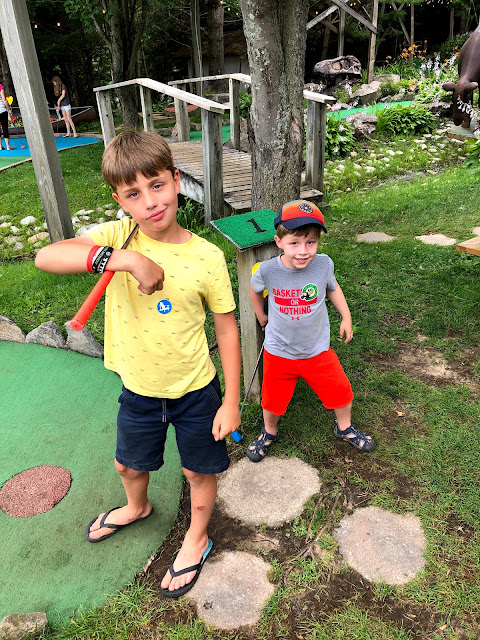 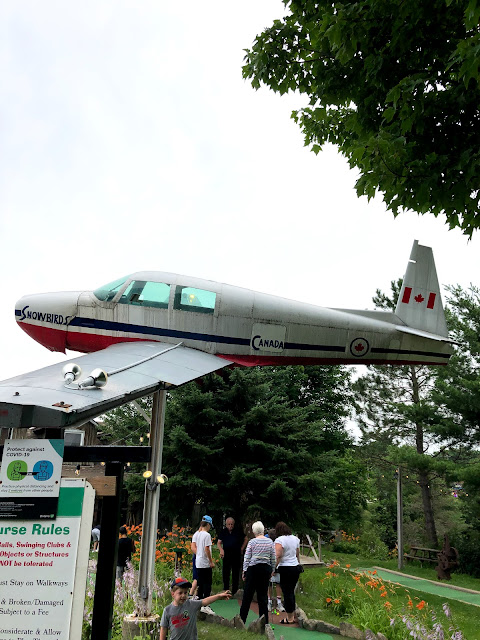 To finish up our afternoon before going to the hotel, we went to the Muskoka Brewery.  I tried to take this photo of us with the brewery symbol on the umbrella above, but it didn't work out. 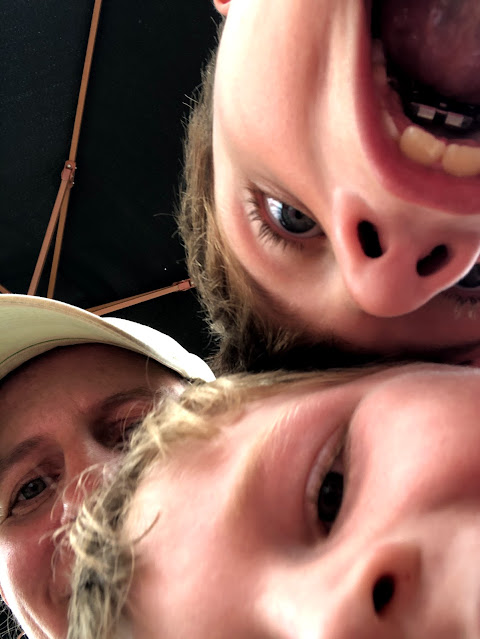 This is strawberry lemonade, not beer. 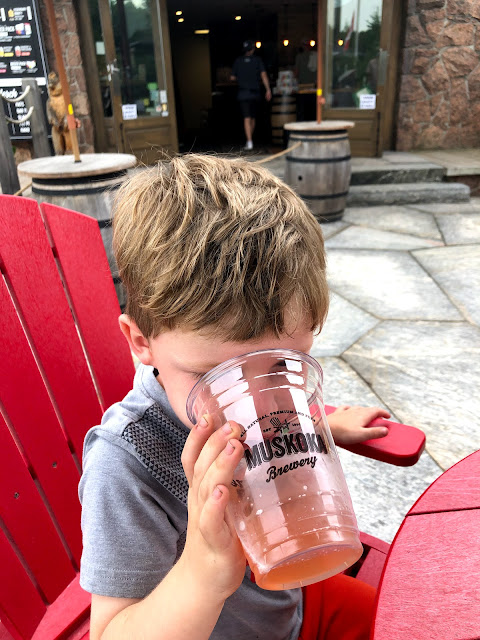 We then went to our hotel, Marriott Residence Inn in Gravenhurst.  It was in the best spot and we had a nice room with a king bed and sofa bed. We watched a bit of TV (and I had a quick nap), and then we went over to the Boston Pizza for supper. We had to wait a bit for a table on the patio but we filled the time with a playground and watching the boats. 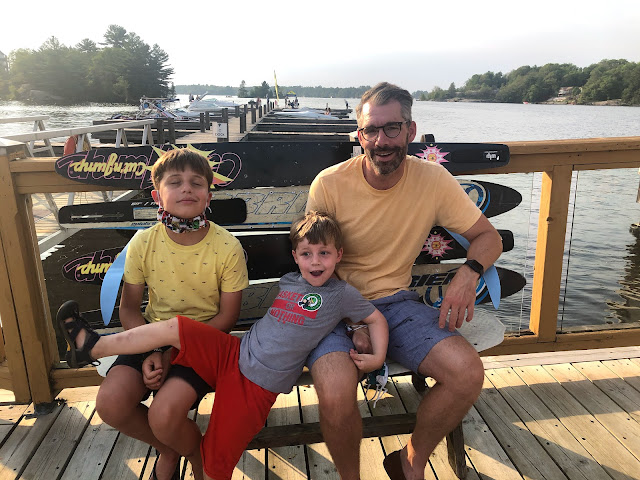 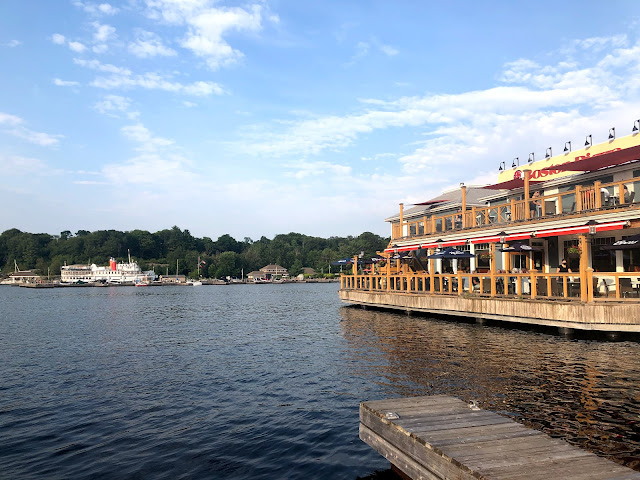 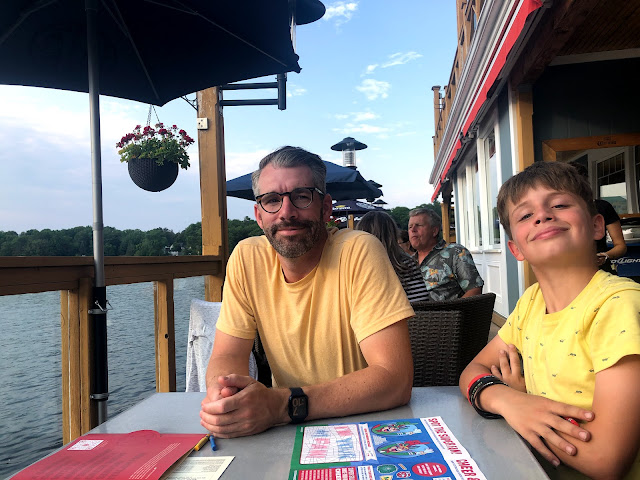 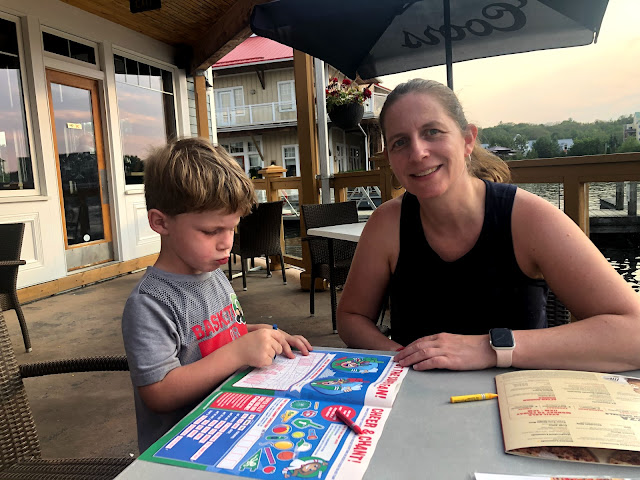 It was the best part of the day after being overcast for most of the day.  Whenever we are up in this area we are always camping so we don't really get to enjoy the little towns.  It was nice to do that this time. 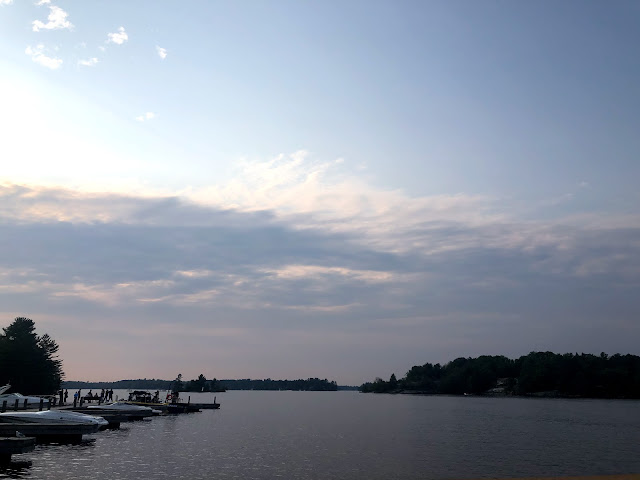 On Sunday we ate breakfast at the hotel and then got on the road to home.  It was a very pleasant drive with no traffic so it was a good plan to leave when we did.  When we got home, we watched the F1 race that I had recorded, and then did laundry, cleaned the car, and picked up some fresh Ontario produce. 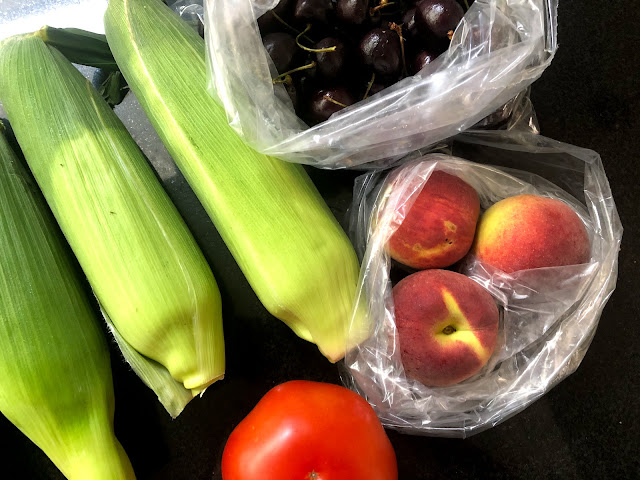 After supper we watched Peter Rabbit 2 since E had been excited to see it, and tried to get the boys to bed early.
Posted by TorontoSAM at 6:00 AM