This weekend we had a party, our annual drop in.  We have been holding this event since we moved to this house in 2014 and since we obviously couldn't have it last year, we were excited to welcome people back to our home this year.  We weren't sure what to expect in terms of guests since we knew some people wouldn't be comfortable at a party (which is totally fine) but also even with the slightest illness, people were not going to risk attending (and thank you for that!). Despite that, we still had a really good crowd, spread out between 2:00 to 7:00 (and beyond!).  Those that were able to come were excited to be out at a party and we were happy they were with us again.  We mostly invite our neighbours, but we had other friends and family join us as well.  We were working hard right up until 2:00 (and I knew some people were coming right at that time, so I felt like I was on the Great British Baking Show, "thirty minutes bakers", to get everything ready). I did manage to get a few photos but forgot to get a family photo before people arrived. 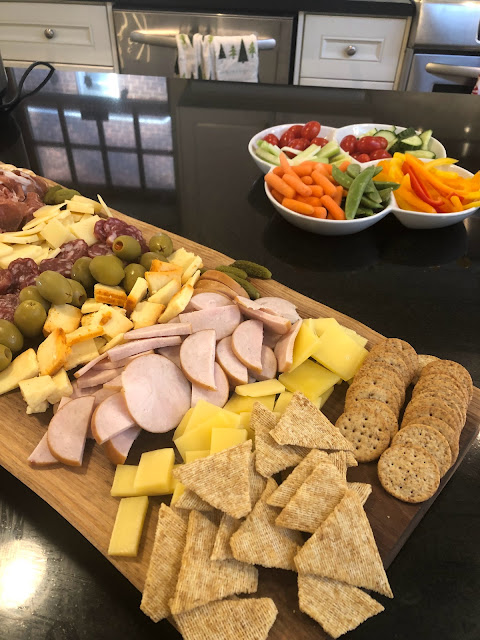 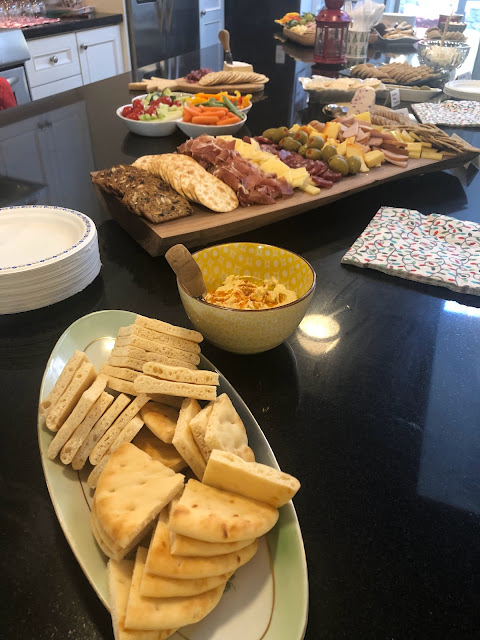 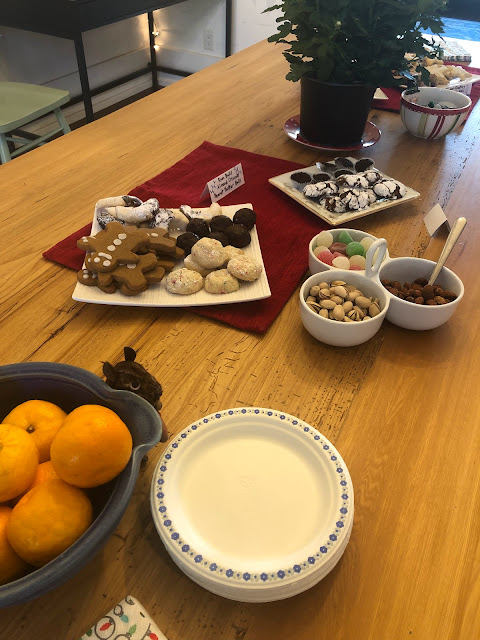 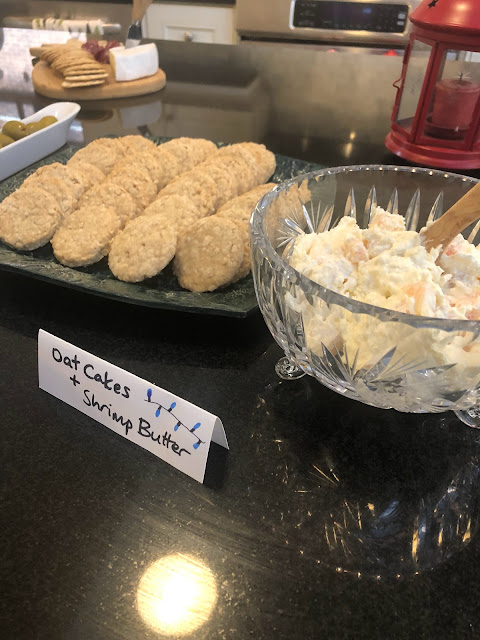 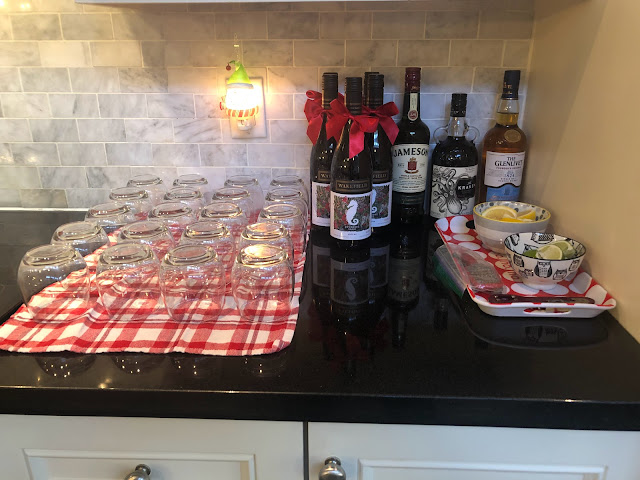 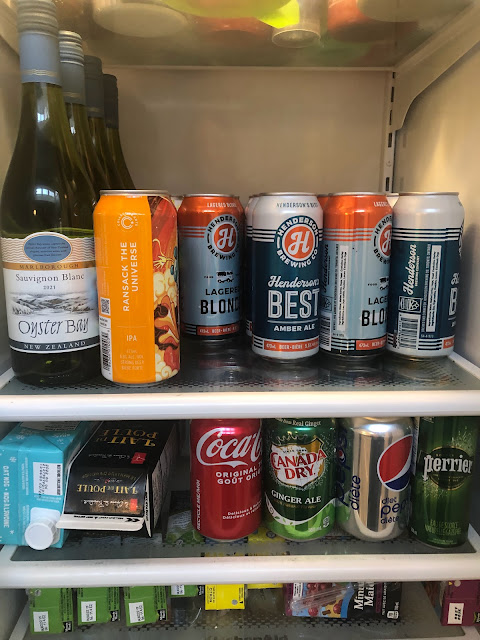 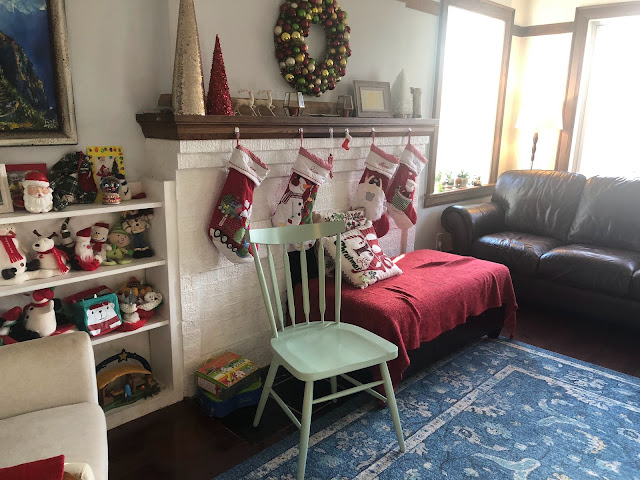 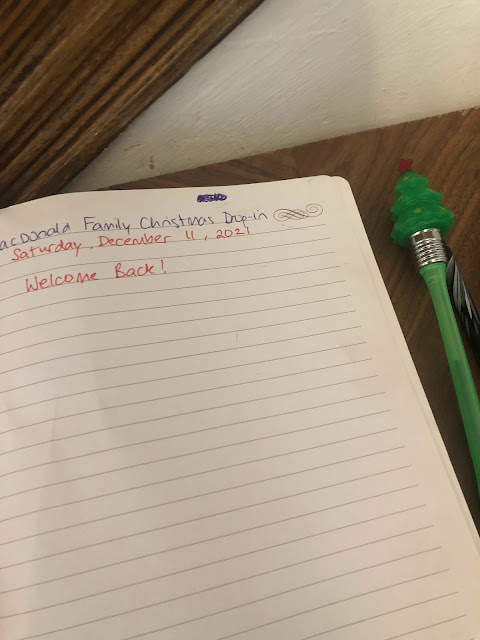 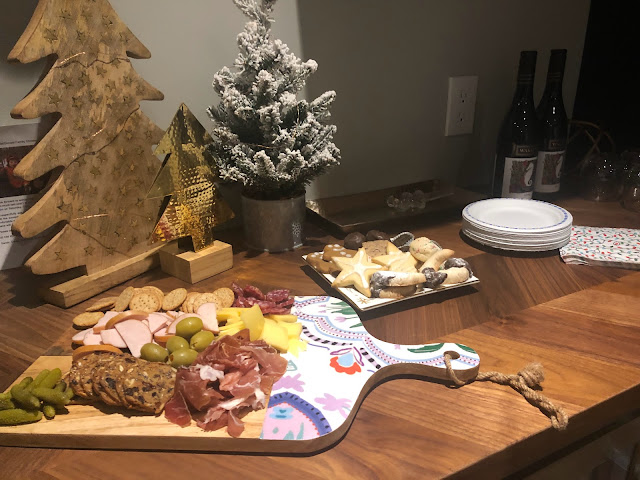 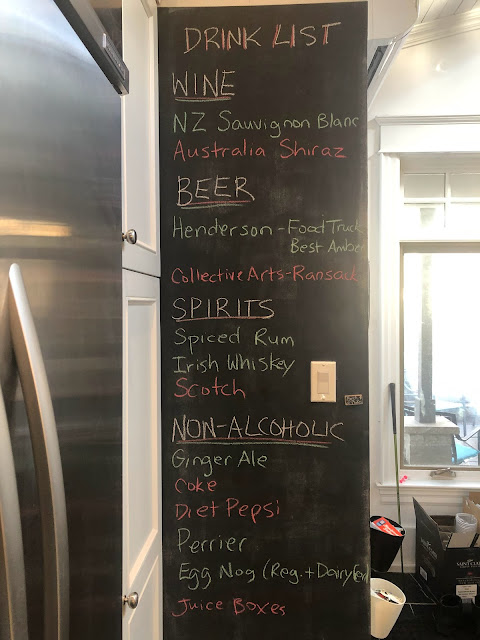 We took it easy on Sunday with a slow morning watching the F1 race, which by the way was so exciting!!! We were happy to see Verstappen take the championship and could not believe how the race turned out! 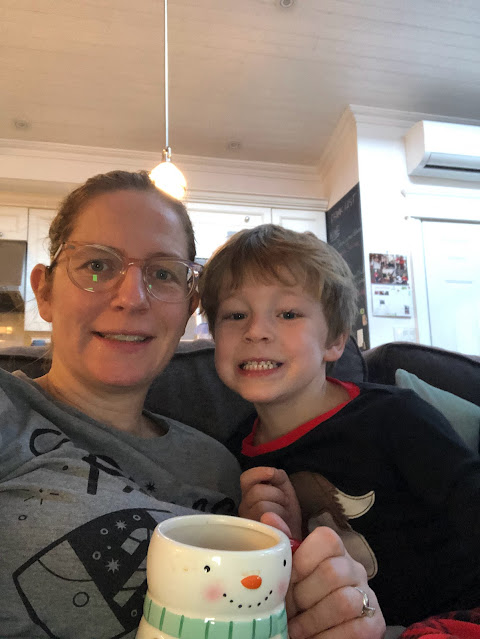 E had his piano recital online.  He had prerecorded his submission. 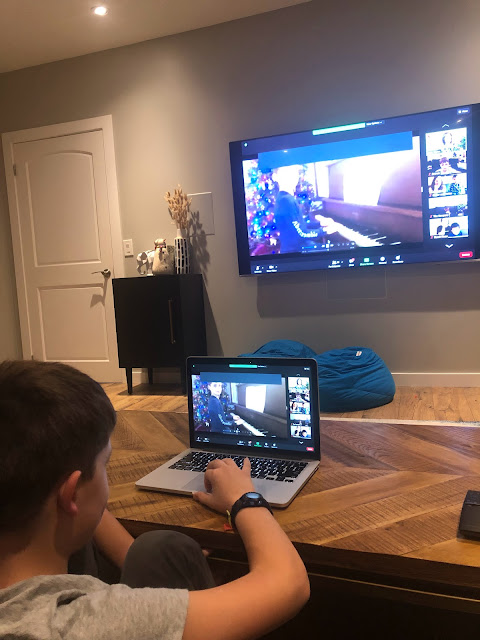 Then we went for a walk by the river. 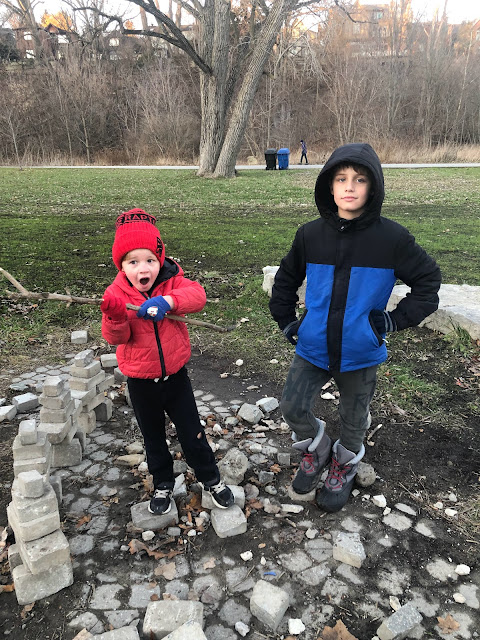 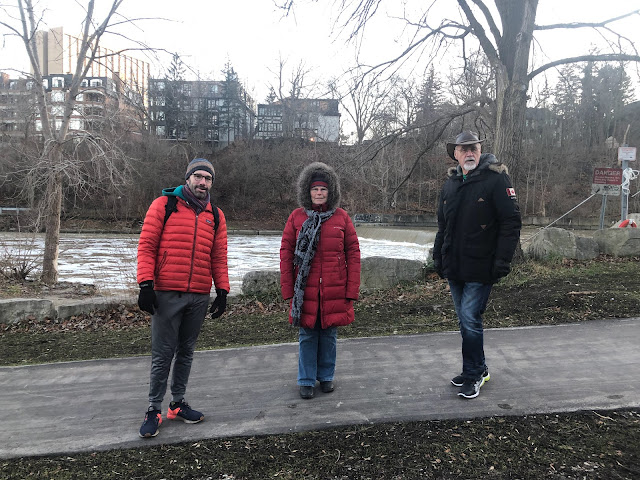 After dinner we settled in to watch the new James Bond (or half of it, we were too tired to watch the whole thing). 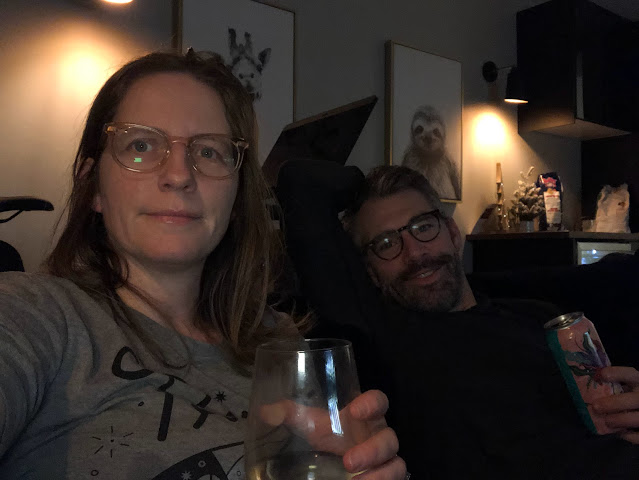 Cheers!
Posted by TorontoSAM at 6:00 AM