First of all, we are sending our love and support to the Ukraine as the war with Russia continues. I found out our neighbour's son has made is safely to Poland so that was good news to receive. See the Ukrainian flag I made for our front window out of construction paper (bad lighting, sorry). 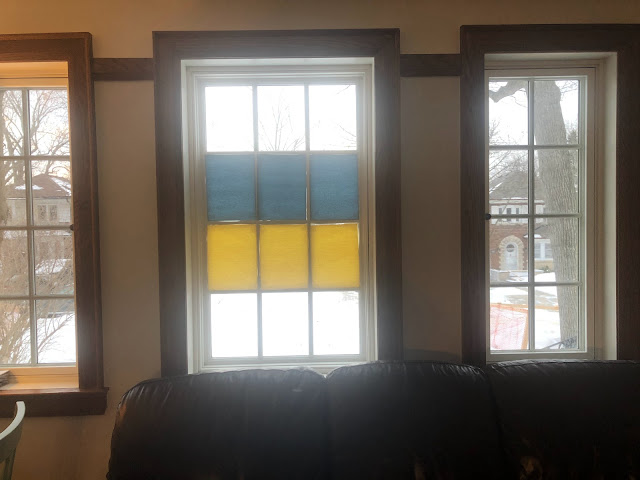 Three good books to write about this month:

The first was "The Book of Essie" by Meghan MacLean Weir. 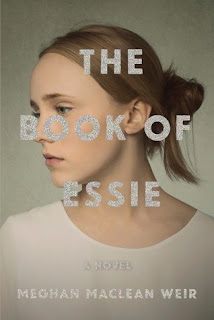 This one was on my running list of books to read (this one came from Andrea) and I was lucky to find it on the library shelf instead of having to place a hold.  This book was about an evangelical preacher in the United States who, along with his family, is on a reality TV show (think "19 Kids and Counting") and the youngest daughter is pregnant (and unwed).  The book is told from her perspective and that of a reporter.  The book is about how the producers and the girl's mother try to figure out what to do with this. It's all about image and reputation and really no regard for the girl herself.  The reporter has her own backstory that lends some empathy for the pregnant teen.

I really liked this book as I am fascinated by right-wing conservatives in the United States, and bonus angle of the reality TV show.  For all of their proclamation of Christian values and following Jesus, there doesn't seem to be much alignment with social justice issues.  (Case in point, the anti-abortion and anti-trans laws in Texas.)  Aside from the topic itself, the book was well-written and hinted at certain things without coming right out and saying it in an obvious way, leaving the reader to draw figure it out first.

The next book was One by One by Ruth Ware. 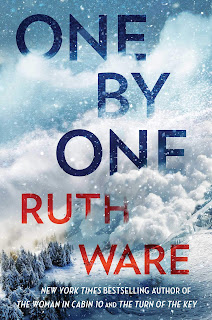 I've read a couple of other Ruth Ware books and they are reliable reads, perfect for a vacation.  This one was about a corporate retreat at a remote ski chalet where people start disappearing and dying.  I really can't say much about this because I don't want to give anything away, but it was a good read.  I especially liked the ski chalet aspect since we have a ski holiday coming up in March.  The chalet in the book came with a chef and housekeeper to attend to all needs, and that sounds just lovely.  It also sounded so cool to be in the Alps with the long ski runs and little villages (risk of death aside!).  Dave read this book too since he needed something read when we were away.

The last book of the month was "Of Marriageable Age" by Sharon Maas. 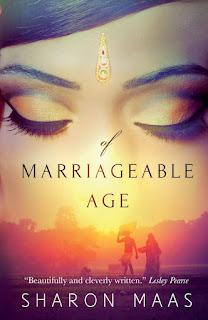 This is on my 2022 Reading List and I think it will be one of my favourite books of the year.  There are three story lines that focus on different individuals and it goes from one to the next.   There is a young boy adopted by a doctor in a small Indian village, a cook's daughter living on the grounds of a British family in Madras, and a teenager in British Guiana.  It took me about ten pages to get into it and then I could hardly put it down.  It had many heartbreaking parts but also such lovely passages.  Our city has a large Guyanese population but I hadn't really understood the connection of why Indian people ended up in South America and how their culture is different from India itself.