Our weekend was almost identical to last weekend.  We ordered food on Friday night and then watched the first part of Harry Potter and the Goblet of Fire since E had just finished reading the book.  When the kids went to bed Dave and I watched the movie King Richard (Will Smith movie about Venus and Serena Williams).
I "slept in" until 8:00 and had plans of doing a workout or something else productive but instead I sat down to watch a movie with Dave while the kids were playing video games in the basement.  I then dragged them upstairs to get dressed and get outside for some skating.  The temperature was about -18 Celsius but the sun was out and it was actually a beautiful day to be skating.  The kids had a great time despite their initial protests. 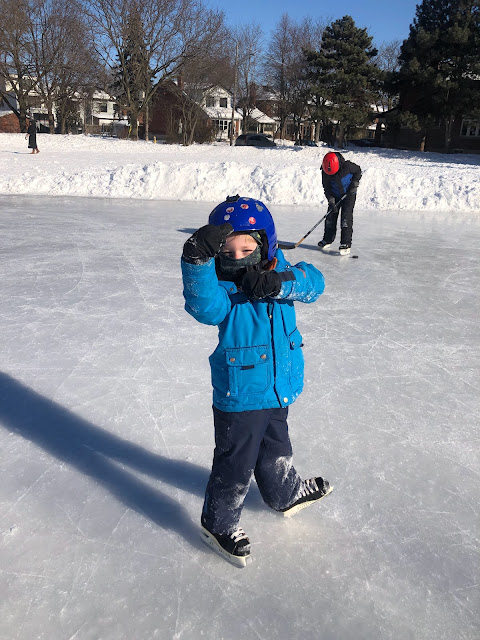 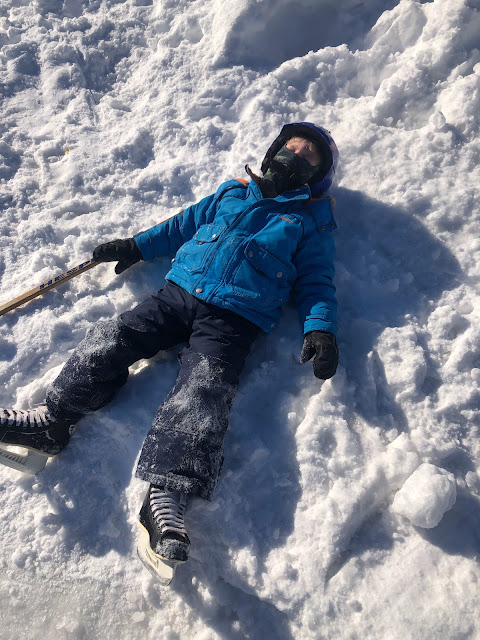 Q is just learning to skate but he is improving each week.  Our friends brought hockey sticks for everyone and Q liked playing with the puck and his skating improved even more (but we're still not putting him in hockey!). 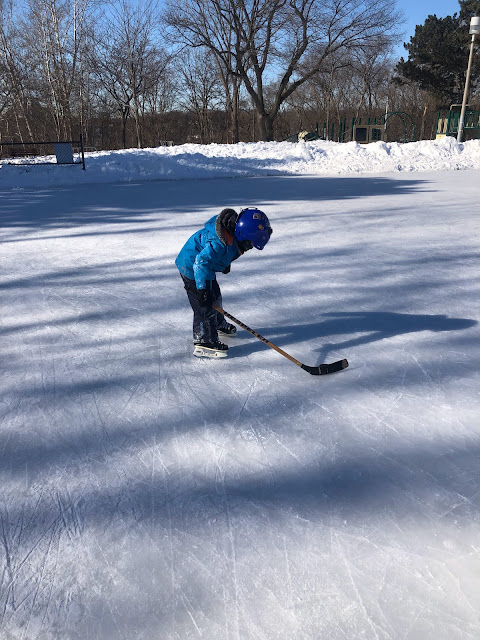 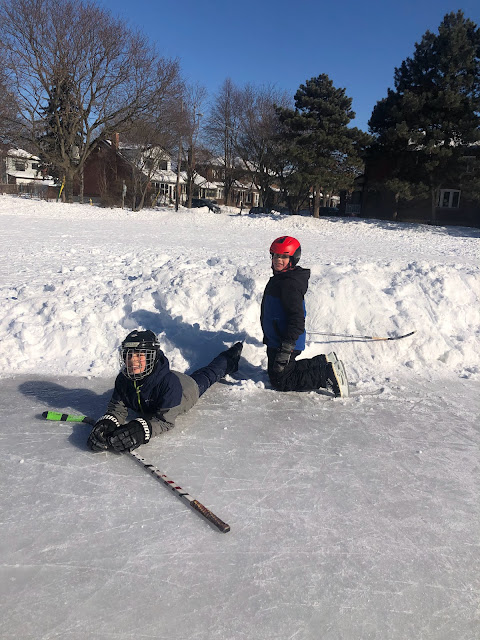 We stayed for over an hour, then home for lunch.  I got groceries and did some laundry.  I made French Onion Soup for supper which always takes awhile but is worth it.  After supper we watched the rest of Harry Potter.
Sunday was Race Day for E on the slopes.   It was also perfect snow conditions and slightly warmer than it has been. 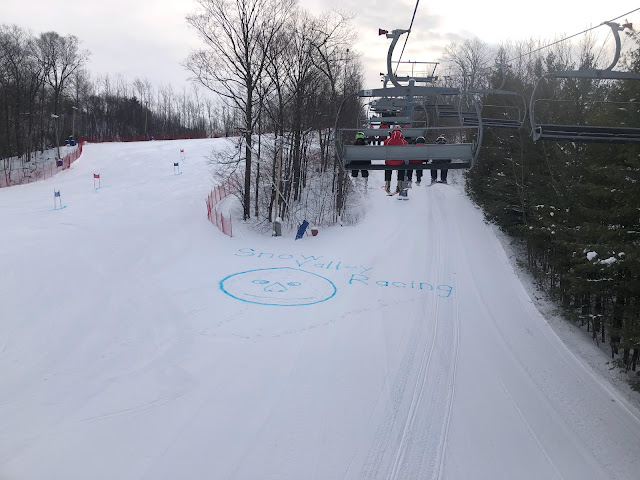 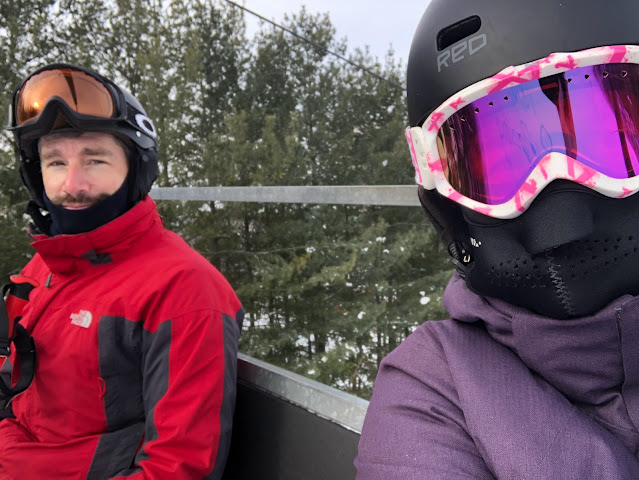 E did well racing but didn't come in the top three.  It was really busy at the lift lines but we stayed after lunch anyway and did a few runs.  It was a great day.
Posted by TorontoSAM at 6:00 AM