Does anyone else feel like this has been the longest week?  This first photo was taken on Monday and I barely remember that I went to the office that day.   I had to walk over to Union Station at lunch and I thought it would be a good opportunity for a Starbucks (my new afternoon go-to drink is a cinnamon dolce latte made with almond milk) and I can never resist a sprinkle cookie! 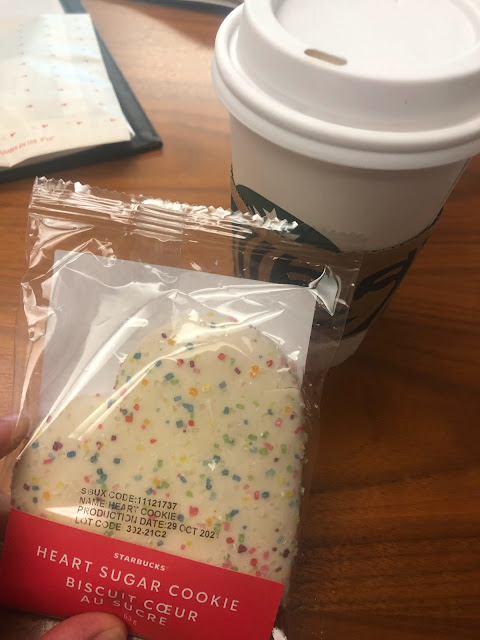 I suggested to Q that he start his Valentines but I didn't realize how into he would be.  I used to have to bribe E with candy to do his Valentines when he was littler.  Q even wrote most of his classmates' names on them, except if they were over 6 letters and then I had to write them to make sure there was room on the small card. 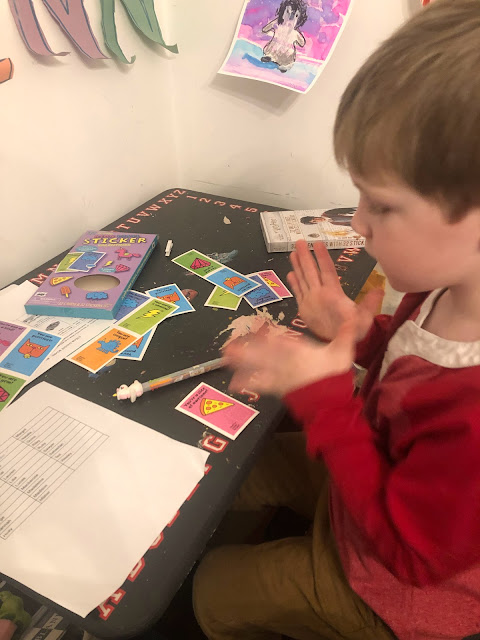 We are currently into the Come From Away soundtrack and a couple of mornings this week E has been acting out the scenes while we listen.  This is both the plane and a bus. Q and I play along too. 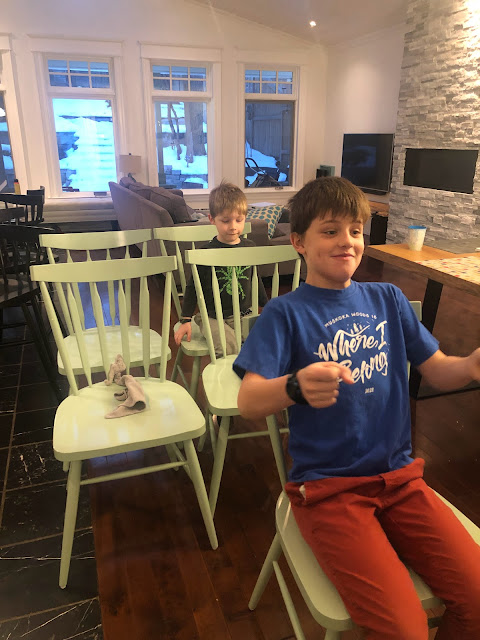 Dave and I walked up to get a coffee at lunch on Thursday.  It had snowed overnight but the temperature wasn't bad and it was nice to get some fresh air. 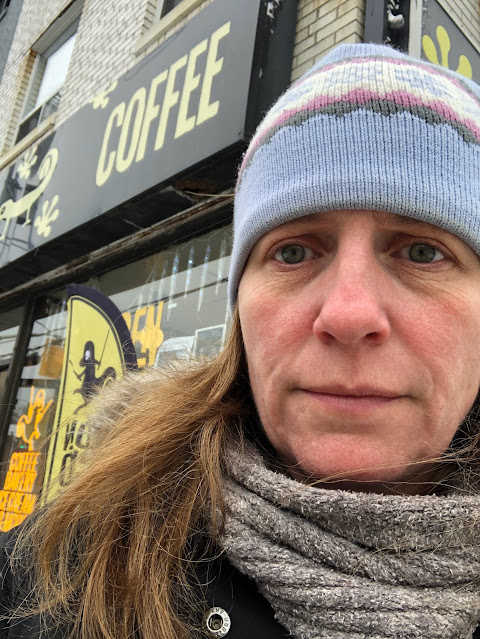 The Olympics have started!  We have been watching the first bits with the mixed curling and some moguls.  Love us some Olympics. 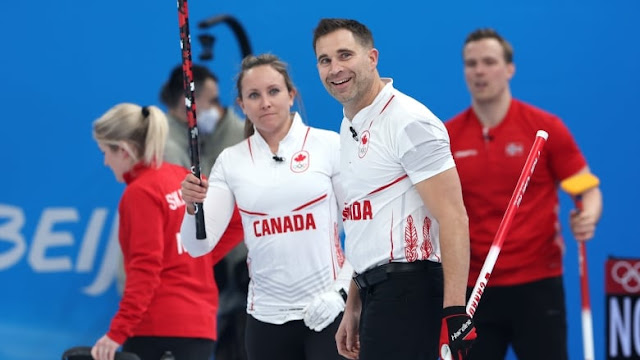 In honour of the one book I read this month, Stanley Tucci's book, Taste, I will be trying his recipe for a dry martini tonight. My bottle of Bombay is Sapphire is already in the freezer :) 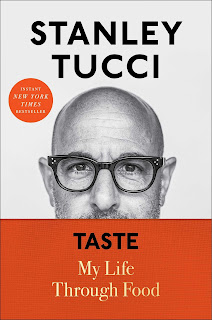