Although I won't be working full time for another month, the majority of my maternity leave has concluded.  I feel very fortunate that I was able to take such a long time off.  I did a day in the life post of a fairly typical day with Q here.  Of course this was after we had ourselves a bit of a routine of eating and sleeping.   That kind of summed it up - napping, tidying up, going to the gym, running errands, watching some TV, and making food.   I probably read a bit more than I usually do, and I rewatched a few seasons of Mad Men (before it went off Netflix) and I'm still working my way through Downton Abbey.  Here are some highlights of my maternity leave. 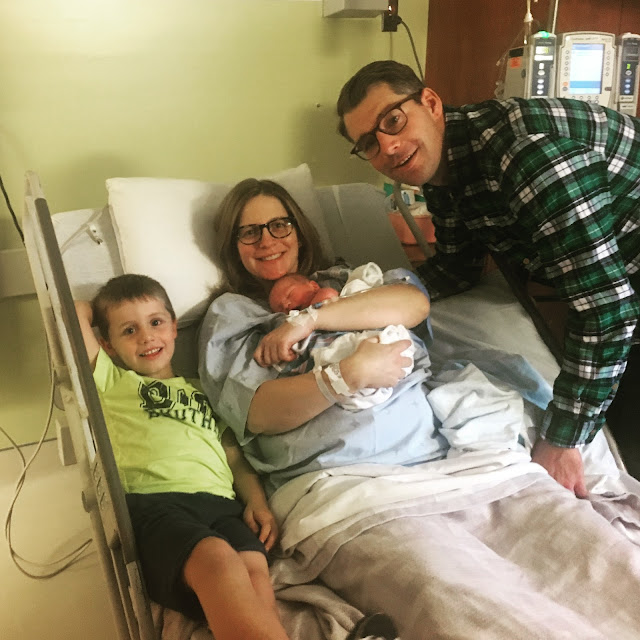 Home from the hospital 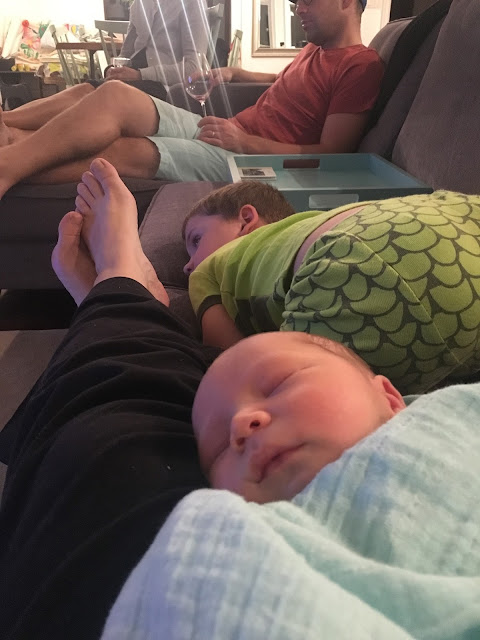 We did a lot of snuggling at the beginning.  I really cherished the time when I could hold a sleeping baby. 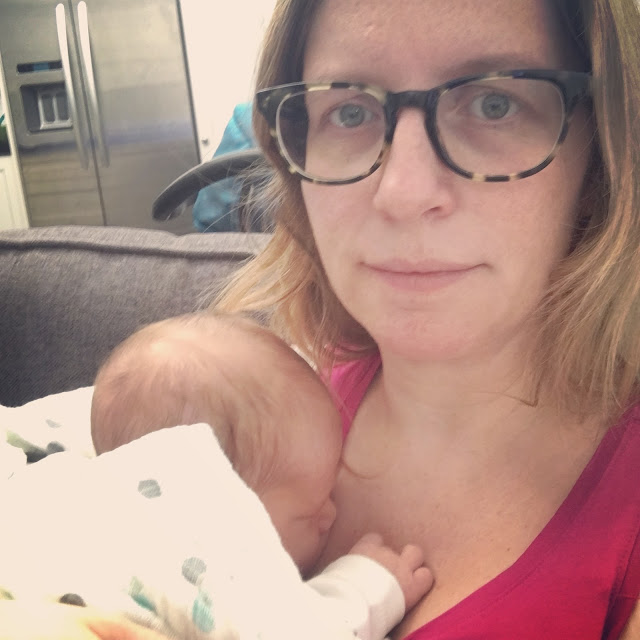 We went for walks up the street.  October was unseasonably warm. 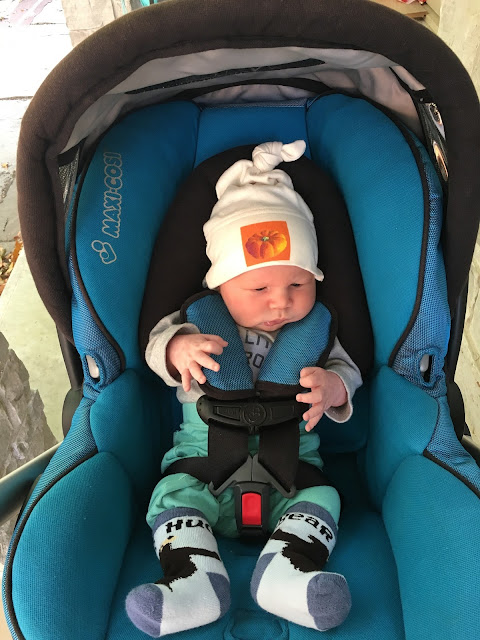 We hosted a birthday party for E.  Q slept in his bouncy chair throughout the whole party. 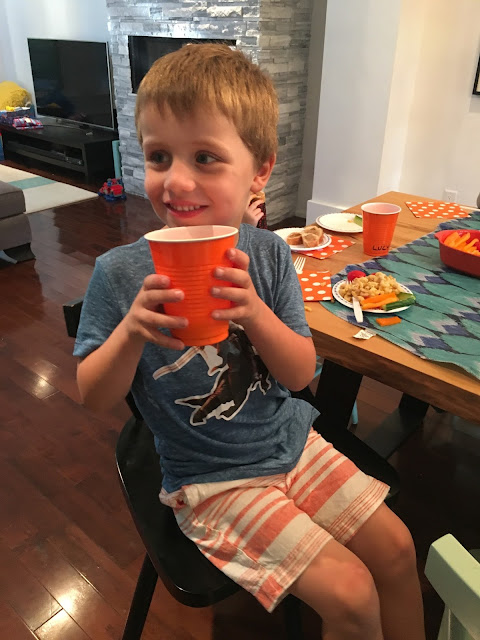 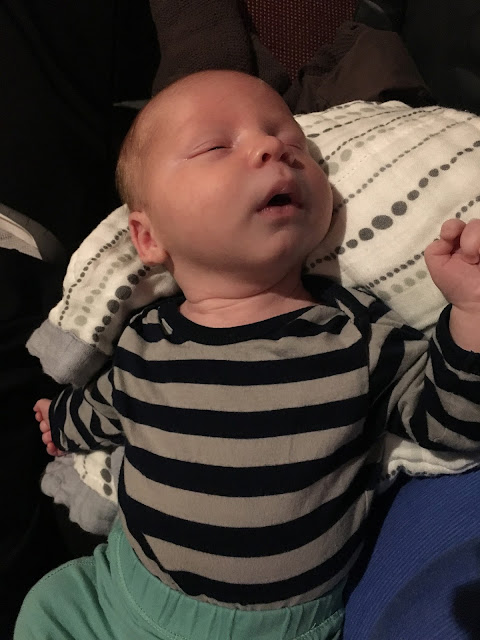 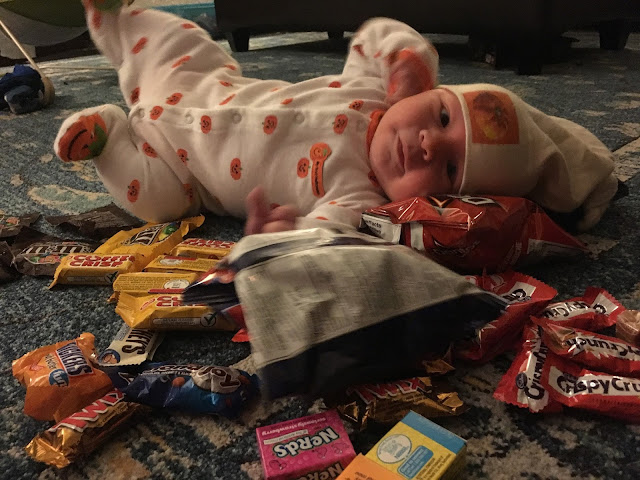 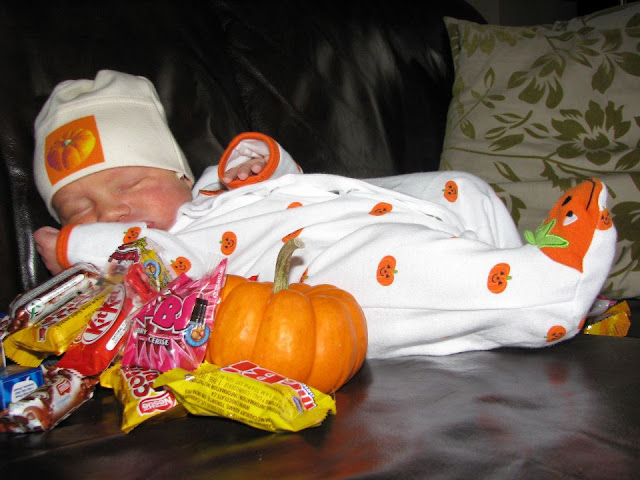 Bundled up to help me rake leaves 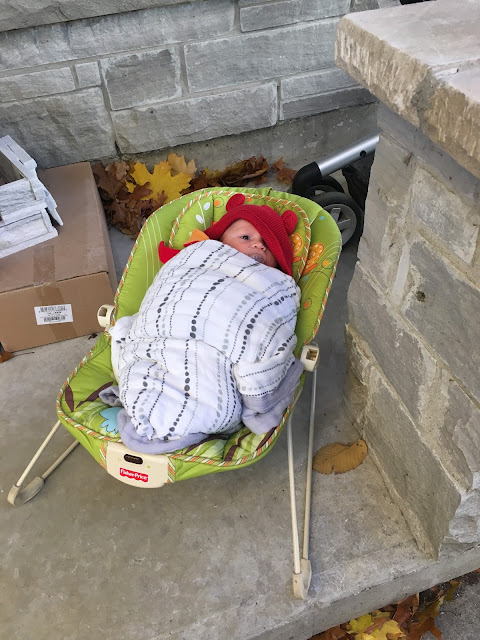 Napping in the afternoon 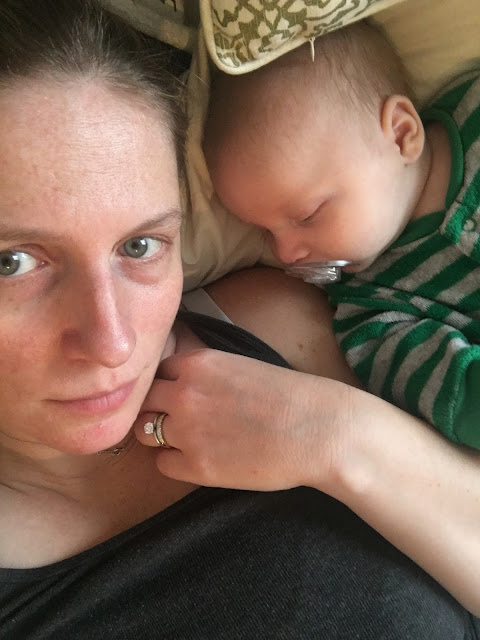 Bundled up to go outside 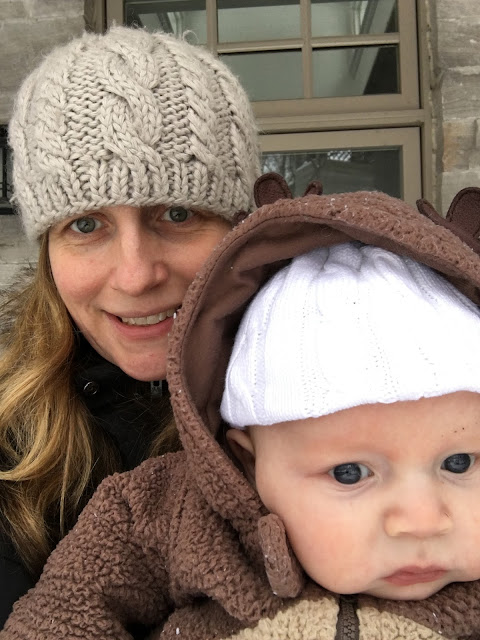 We spent a week in Jamaica. 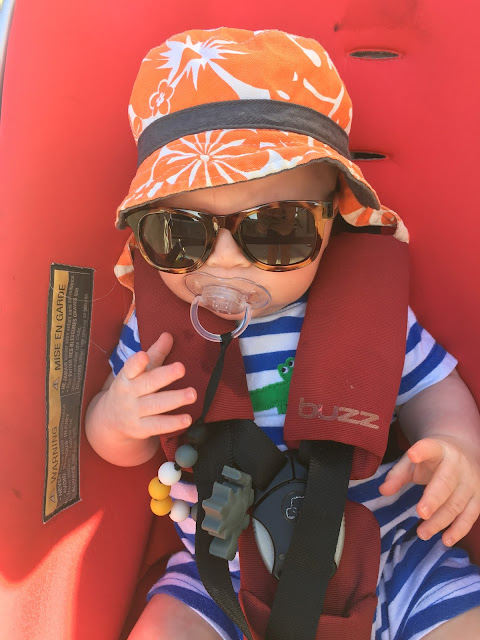 Spending extra time with E was also a nice side effect of taking a maternity leave with a second child.  I would pick him up early from school on Mondays and Wednesdays.  He kept going to the YMCA after school care for the other days (since giving up our spot would mean we wouldn't get in of September). 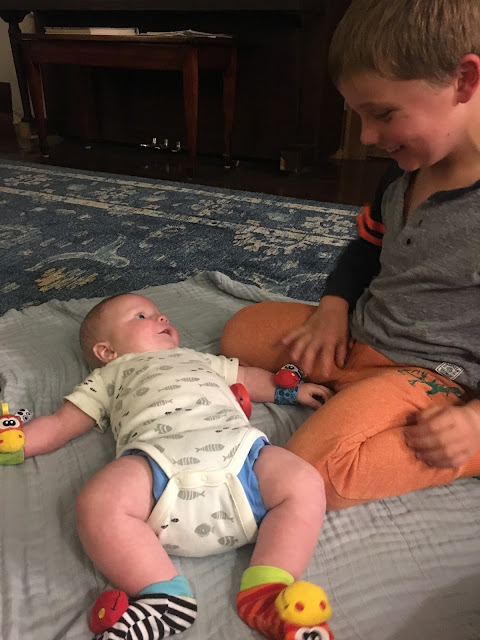 For March Break, E spent the week at home with us.  We went to the AGO and other fun things. 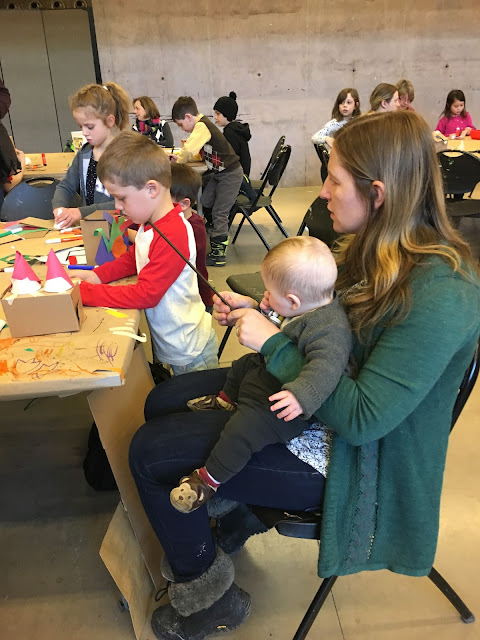 Q and I did swimming lessons in the morning. 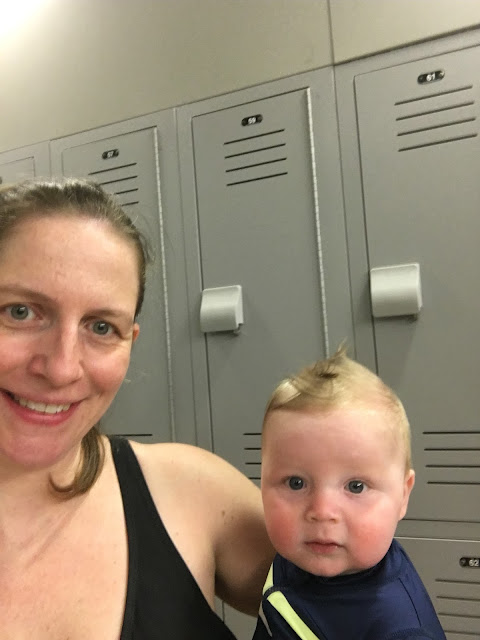 We met various people for lunch 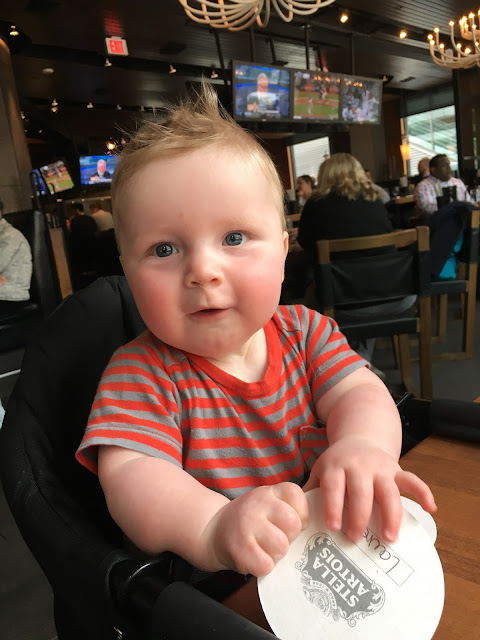 We walked E home from school when the weather was fine (and even when it wasn't. We walked in the cold, and the rain). 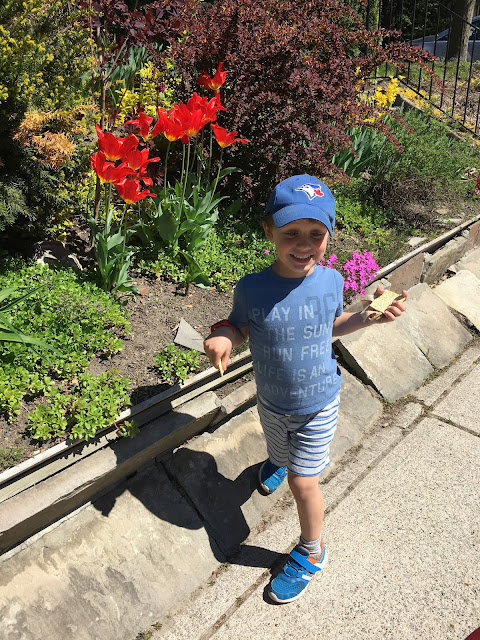 We went to the baby and mama movies at Humber Cinema. 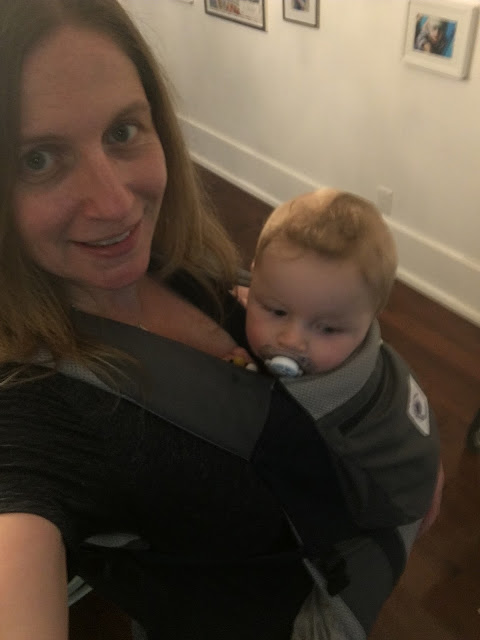 We spent the first week of summer home with E. 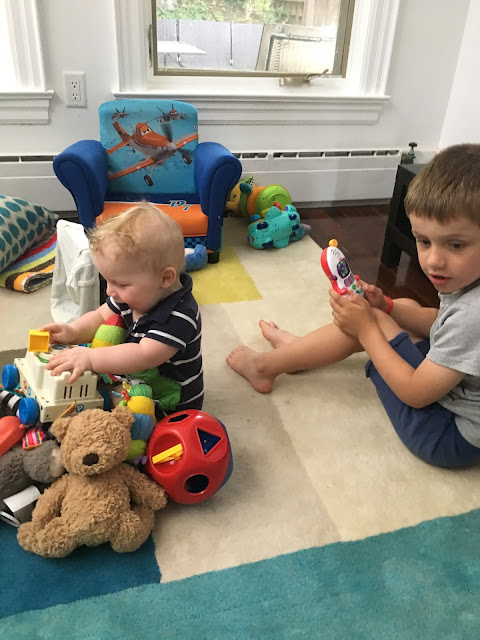 We cheered a successful road trip down east. 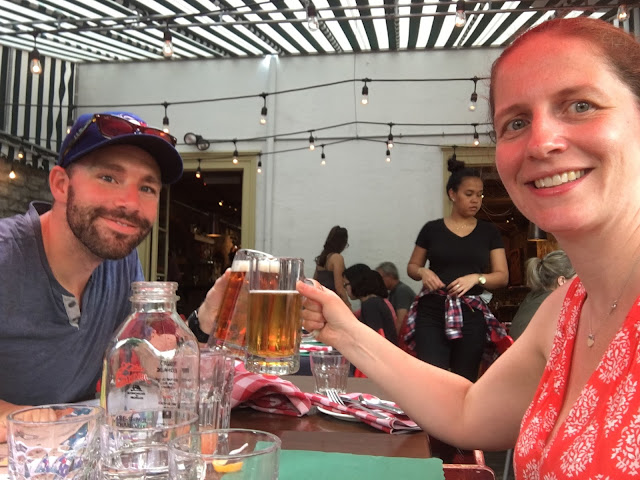 We spent a lot of time at the library. 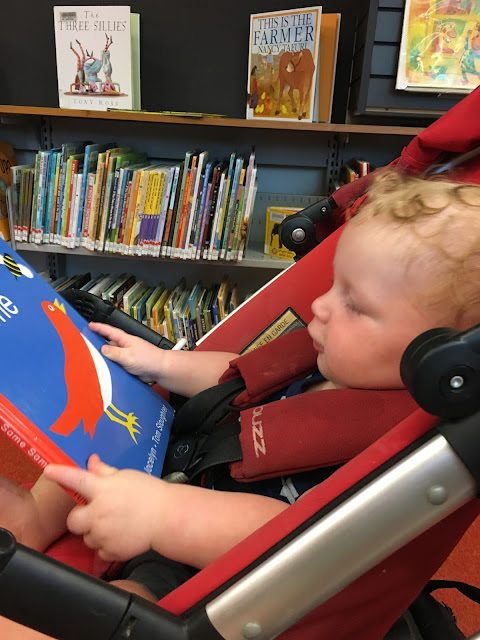