Today is September 11 and I still think about this day in 2001 like it was yesterday.  I know lots of terrible things have happened since then but this one still makes me so sad.  Dave and I went to the memorial with we went to New York a few years ago, but the museum wasn't open yet.  I am looking forward to visiting the museum on my upcoming trip.  I posted about where I was on this day here. 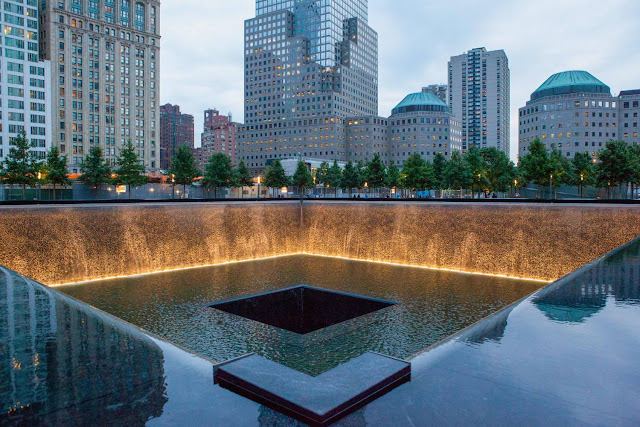 Now onto our weekend recap:

Our first weekend of September was filled with lots of fun.  I had the day off on Friday so I met a friend for lunch downtown.  I was able to walk through the TIFF festivities but I was sort of preoccupied with a work matter so I didn't really appreciate it, but let's face it, the celebrities aren't walking with the peasants on King Street so I don't think I missed anything.  We had lunch at Earls and I enjoyed my usual order of the Santa Fe Chicken Salad (no dates).

Q and I scurried home after lunch so he could have his nap.  While he napped I folded laundry and watched Downton Abbey.  Around 4:00 we walked up to pick up E from school.  We played in the school yard for a few minutes and then walked over to Queen Margherita Pizza to meet Dave for supper. 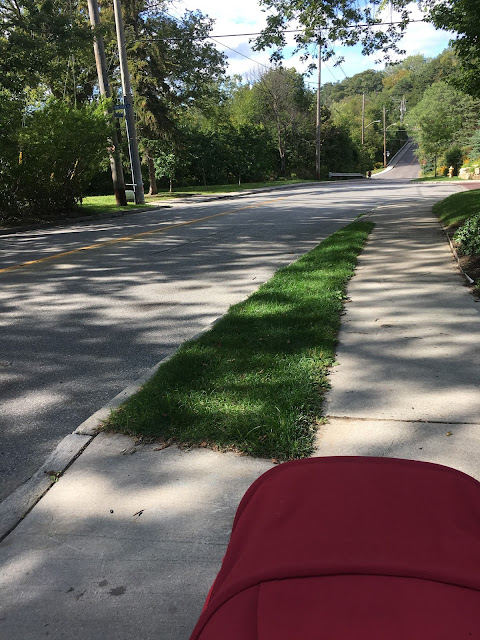 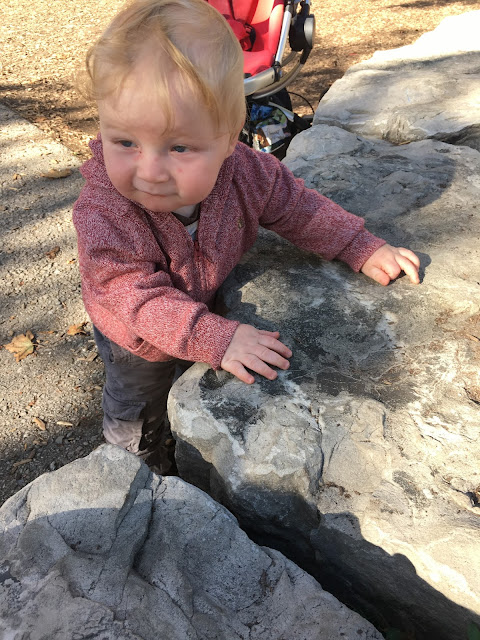 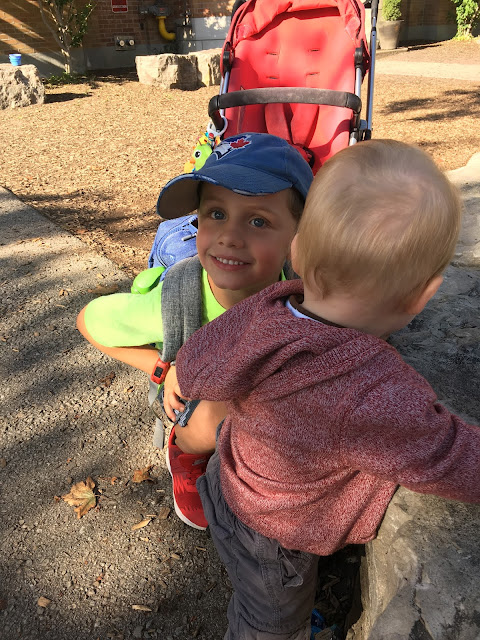 Q is such a good eater so we were able to just order him the gnocchi for his supper and he shared some of E's pizza (and the banana and crackers I brought for home). 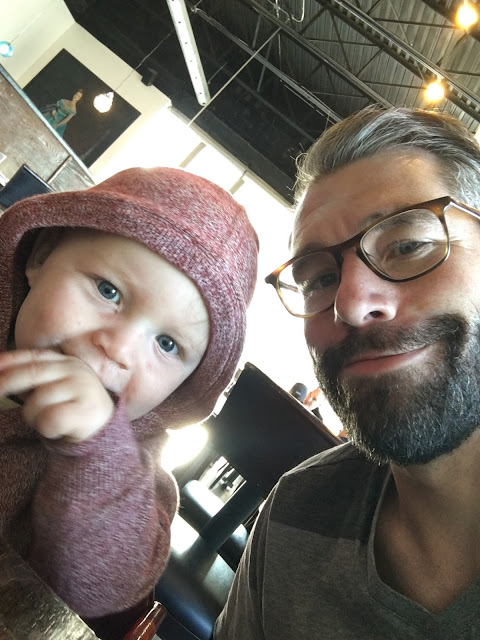 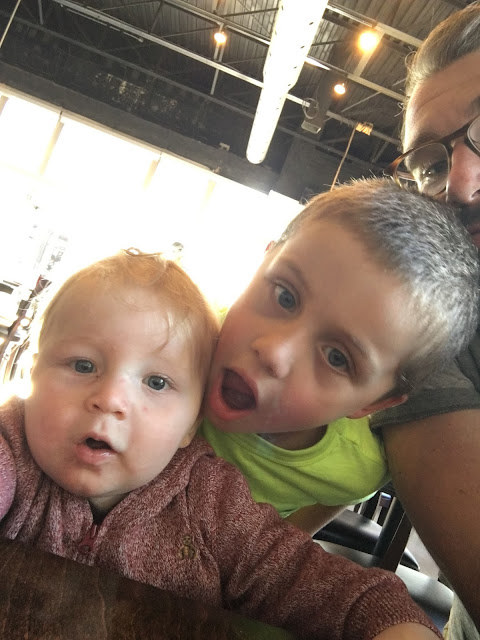 After supper we walked home and through the park with the ping pong table.  Someone had left some old paddles and balls so we played for a bit. 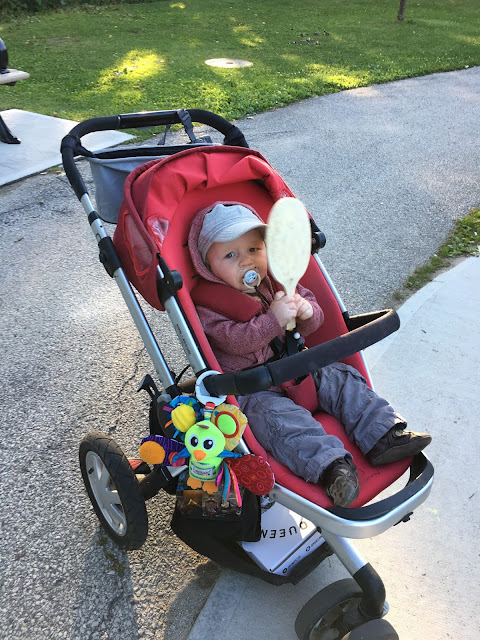 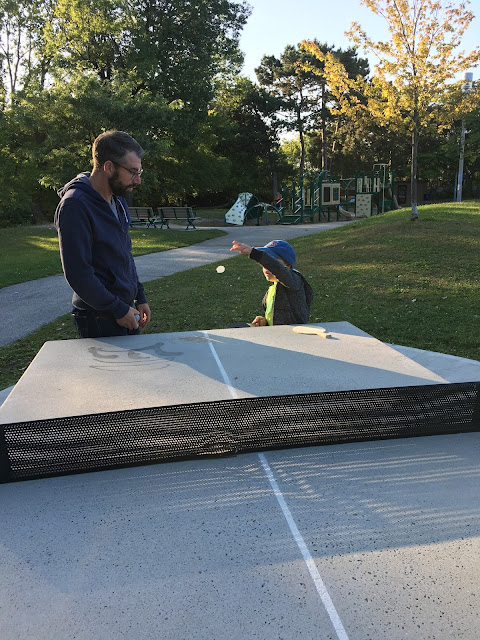 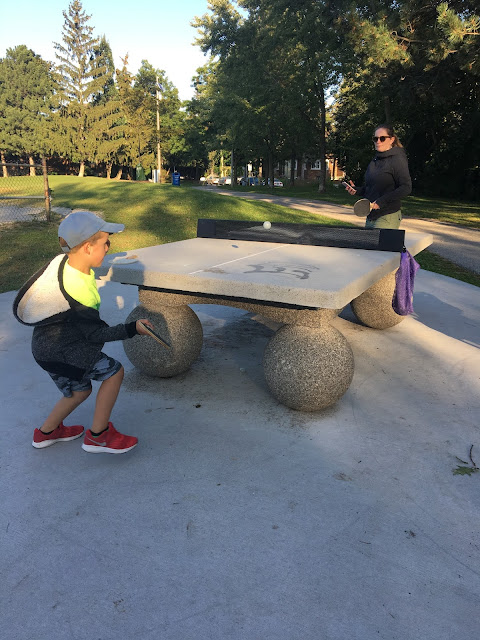 When we got home, E played in the backyard where our landscapers had been all day.  It looked like a reenactment of World War I trench warfare (there was even a dead squirrel in the tree house, although no rats). 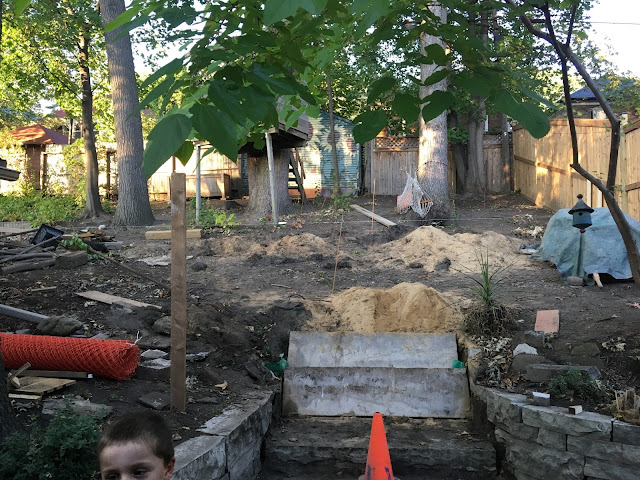 After the kids went to bed we watched The Big Sick.  It's a very cute movie, and based on the true story of how comedian/actor Kumail Nanjiani met his wife.  He's from the show Silicon Valley and always has good political tweets so I follow him on Twitter and because of that have only seen the positive reviews of this movie that he has retweeted, but it did live up the hype.  It is exactly the type of movie I love.

On Saturday I did a few errands up the street after breakfast and then had a mini dance party in the basement where E was working on his lego. 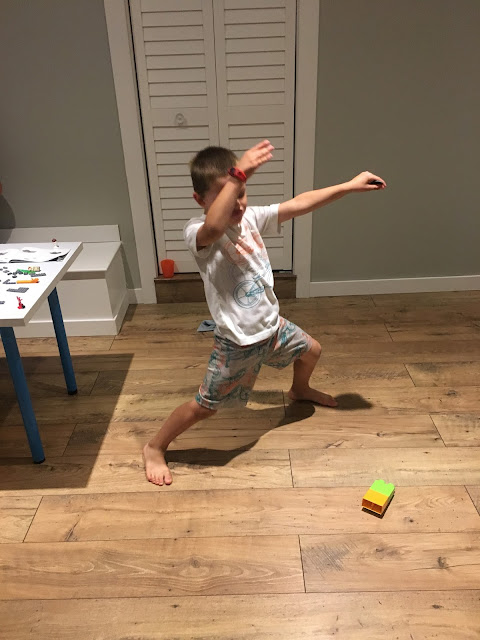 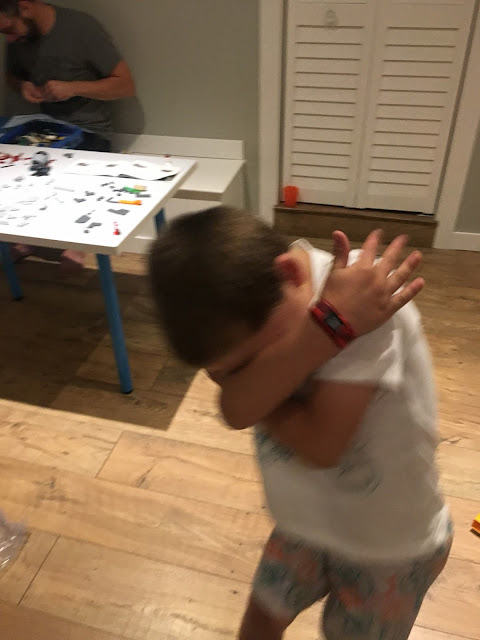 Then we all went to E's last soccer day at High Park.  He had a good game, scored a few goals, and then enjoyed the free pizza. 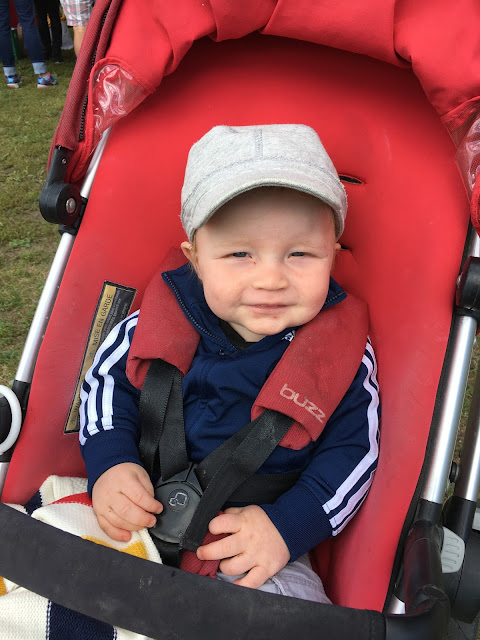 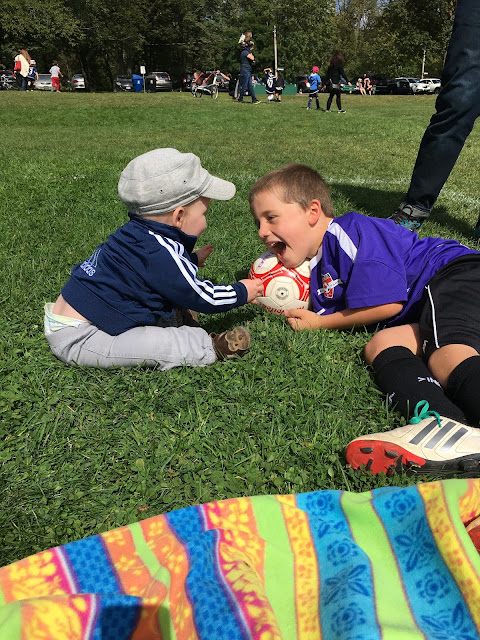 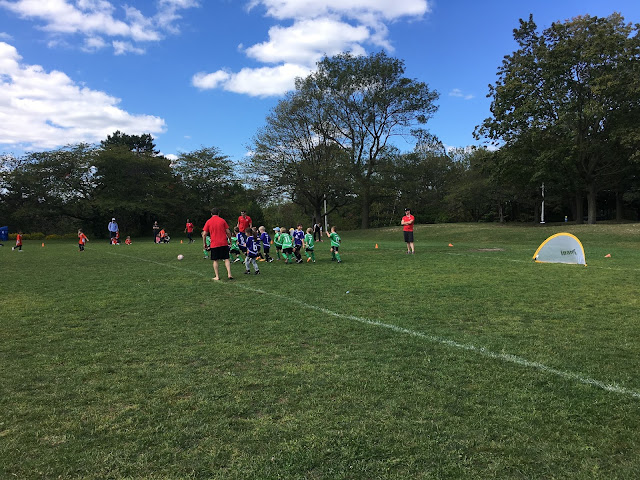 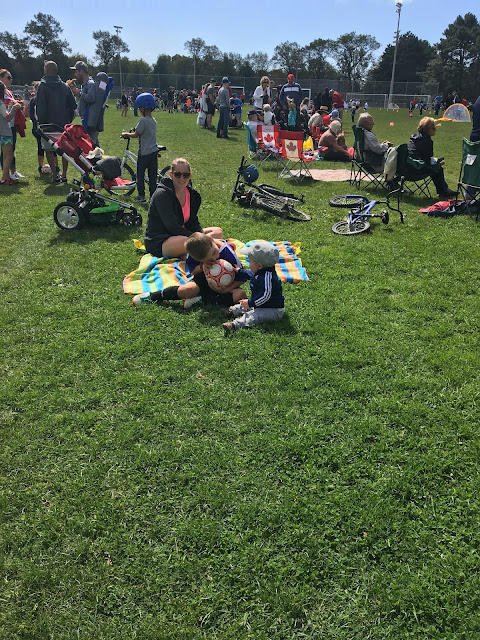 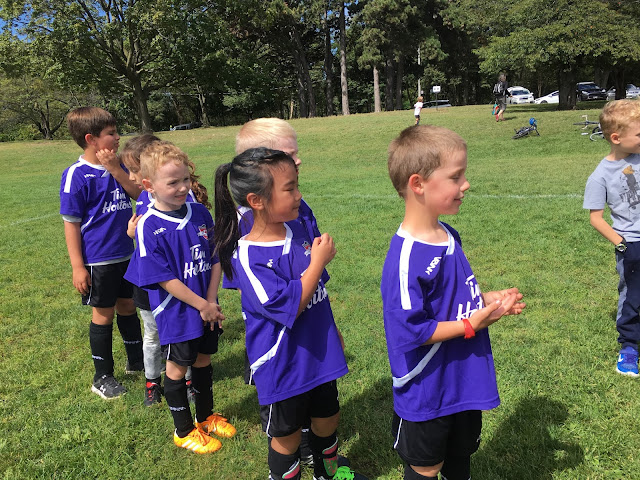 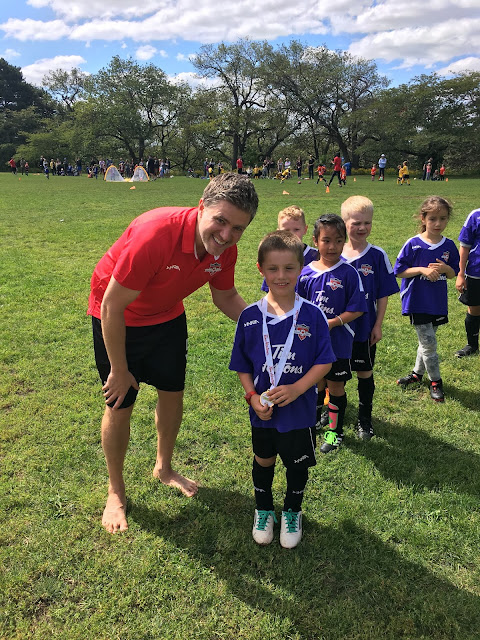 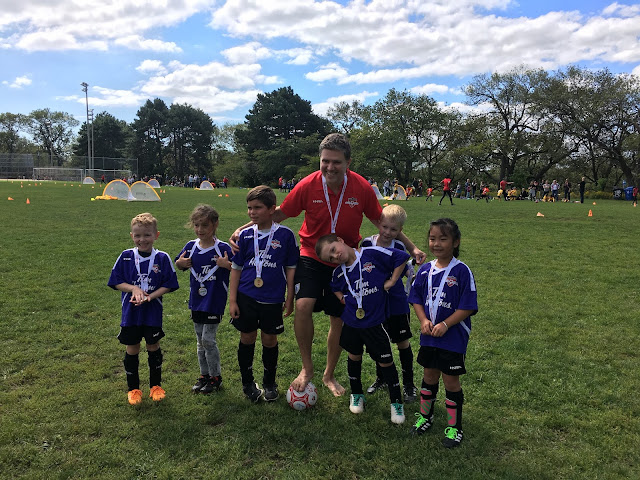 After we got home, Dave and E biked to E's friend's house for a playdate.  We then hooked up the bike trailer and fixed my bike tire so we could all go and pick him up.  This was Q's first ride in the bike trailer and although he wasn't a huge fan of the helmet, he did seem to enjoy the ride.

On Sunday morning Dave went for a long 35 km run and E and Q and I returned to church for the start of Sunday School. 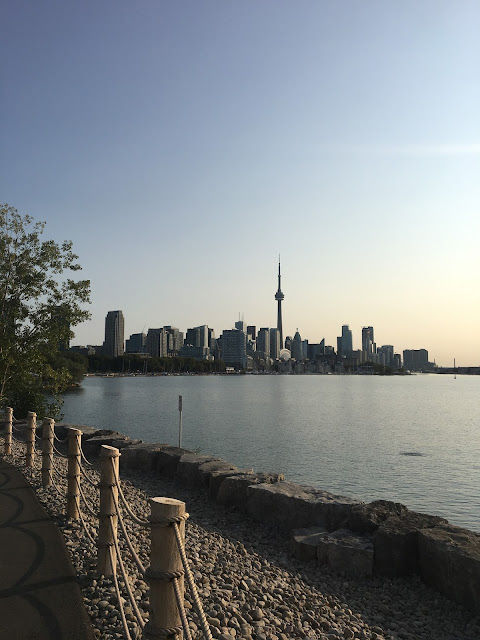 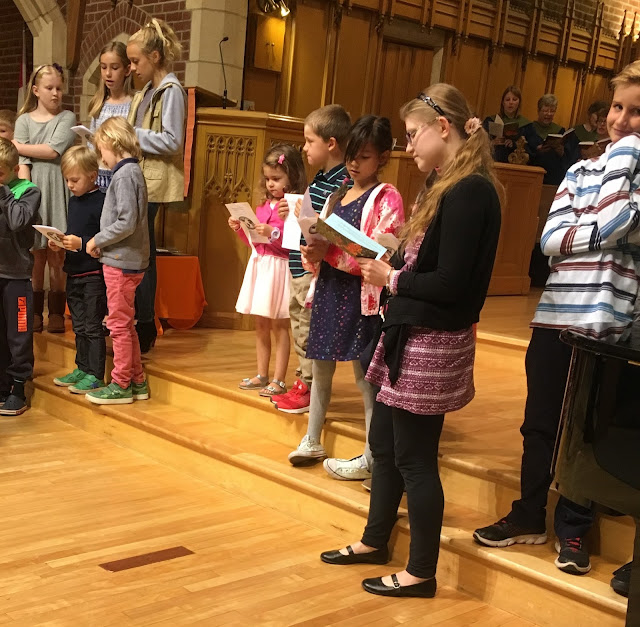 In the afternoon, Dave ran down to Henderson's Brewery to fill up some growlers and I made some pancakes for Q.  Q was napping of course, and one of E's friends (and our neighbour) came over to get him and E went there for a few hours. 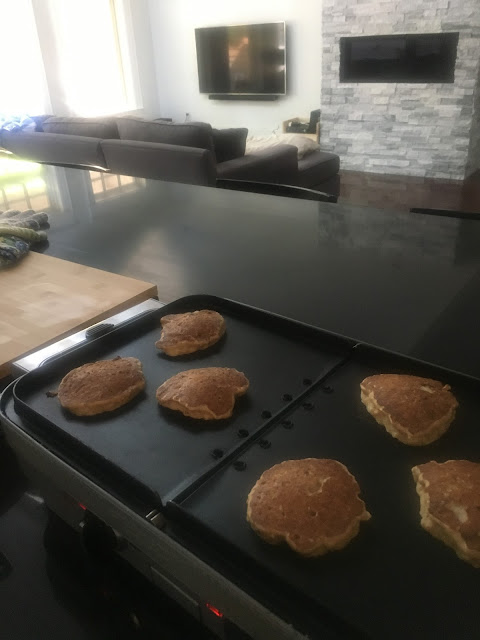 We went to another neighbours' for supper and playtime. 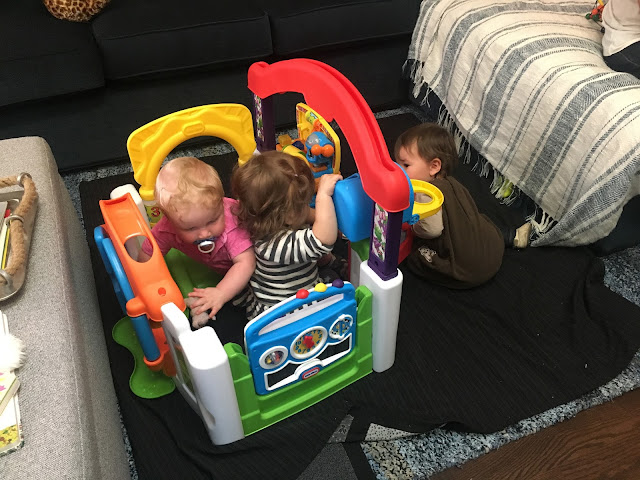 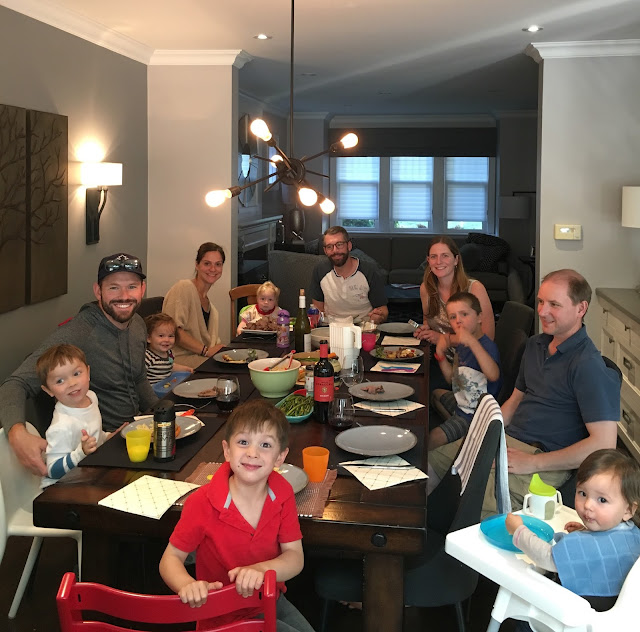 I had to leave early to I could go to the Nas and Lauryn Hill concert.  I'm not usually one for a concert but I have always liked Lauryn Hill and when my friend Janna asked if I wanted to go, I was in!  A nice night out by the lake enjoying some good tunes and good company. 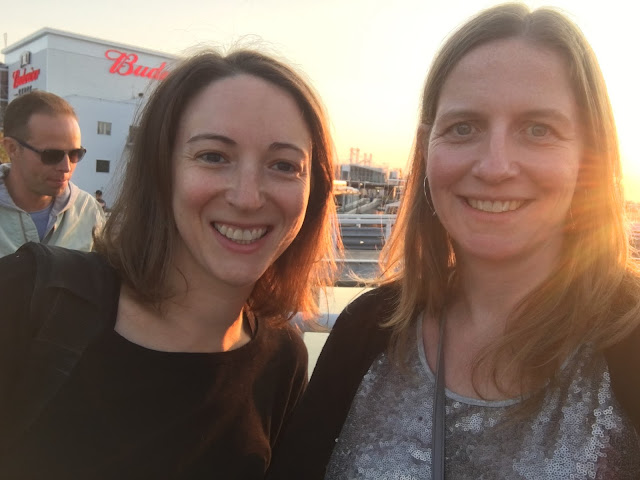 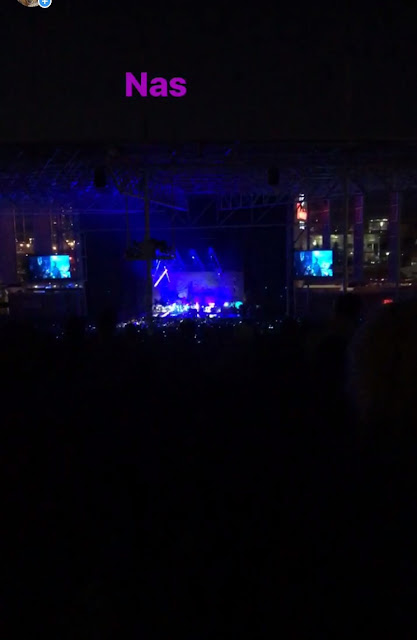