On Friday we picked up E and Q early from school so we could head west for the weekend.  We were invited to a cottage with my work colleagues.  We met Dave's parents and they took the kids for a couple of nights.
We had to stop for ice cream on the way! 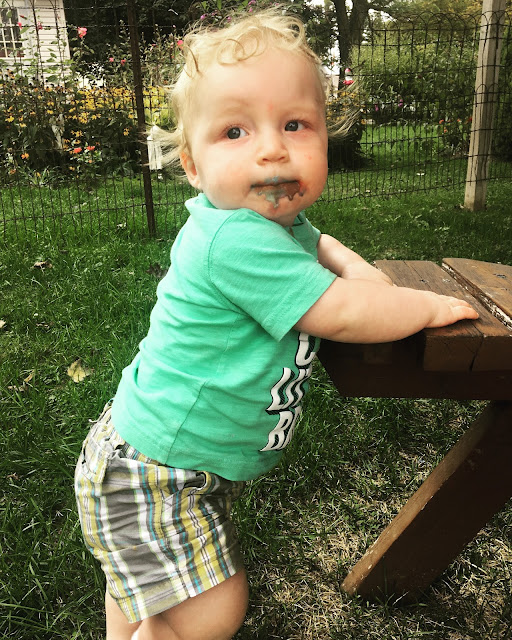 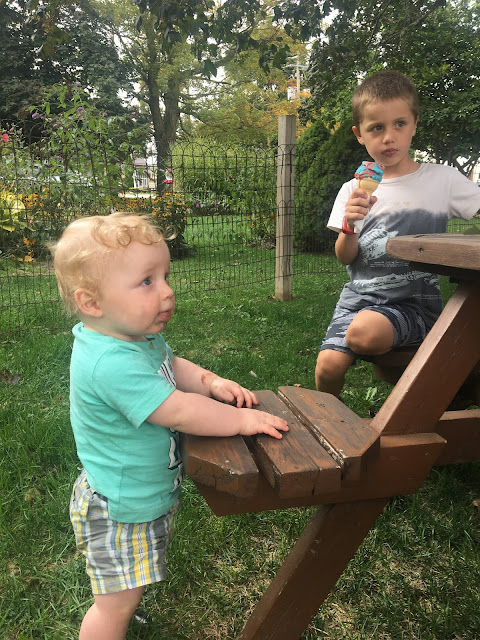 After we were kid-free we drove to the cottage. We were the first ones there (aside from the hosts) and we enjoyed a few drinks on the patio and saw the sunset. 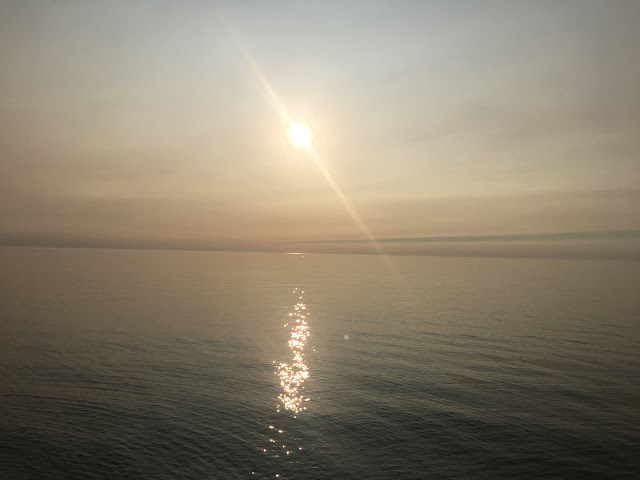 This little bunny hung out with us for awhile 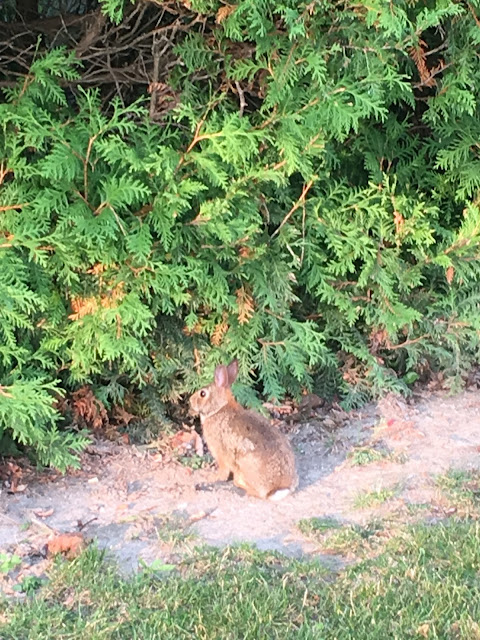 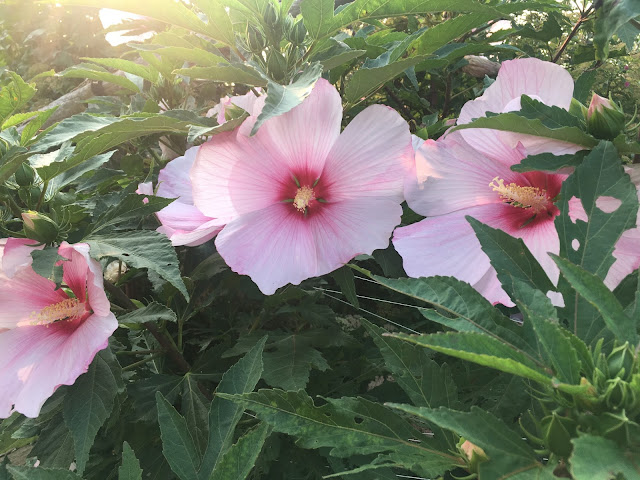 Of course this photo doesn't do the sky colours justice 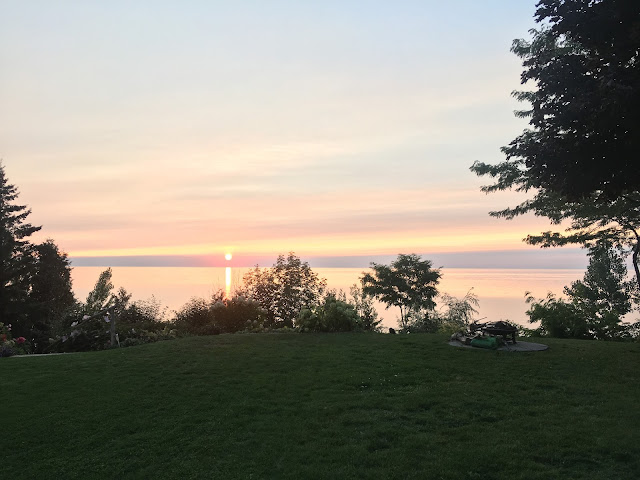 After everyone else arrived we had a meat and cheese plate 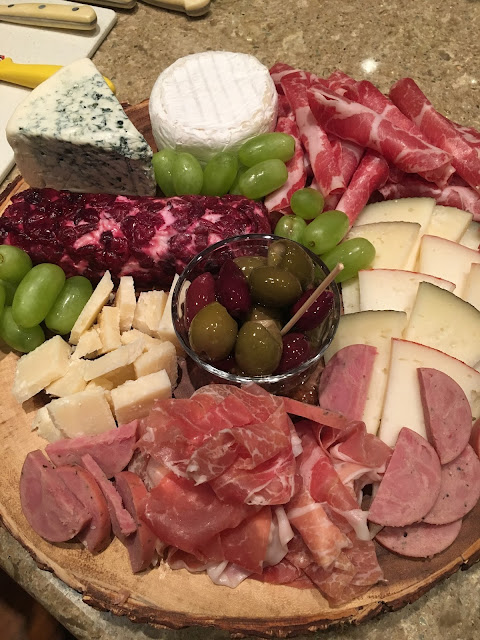 Then we enjoyed dinner on the deck 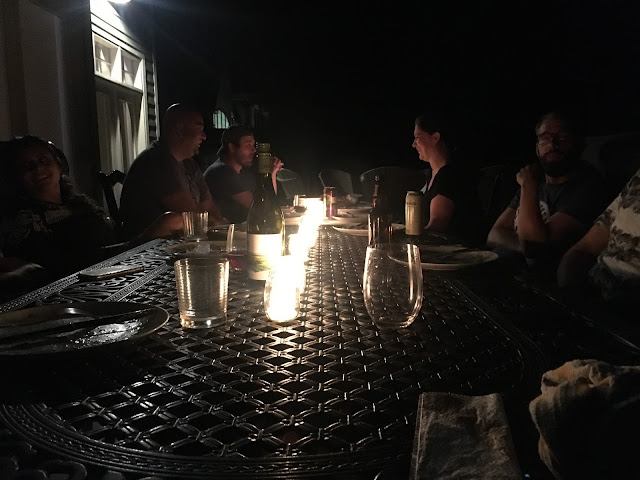 The next morning a few of us went golfing.  I rarely get to golf without being in a scramble tournament, so I was looking forward to playing my own ball/game.  And I was excited to golf with Dave, something we haven't done for awhile.  It was such a nice day to be outside. 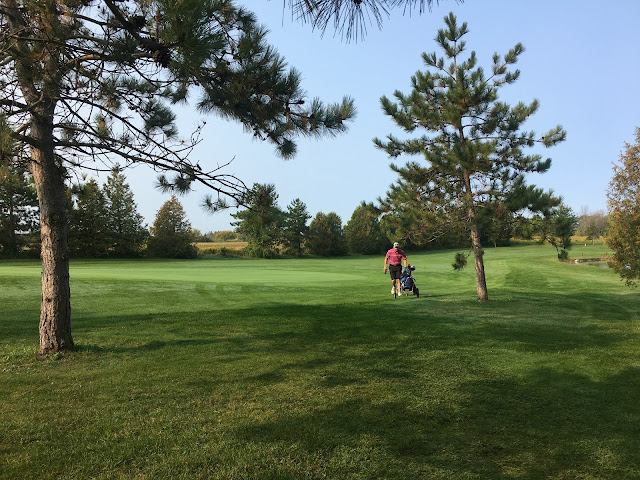 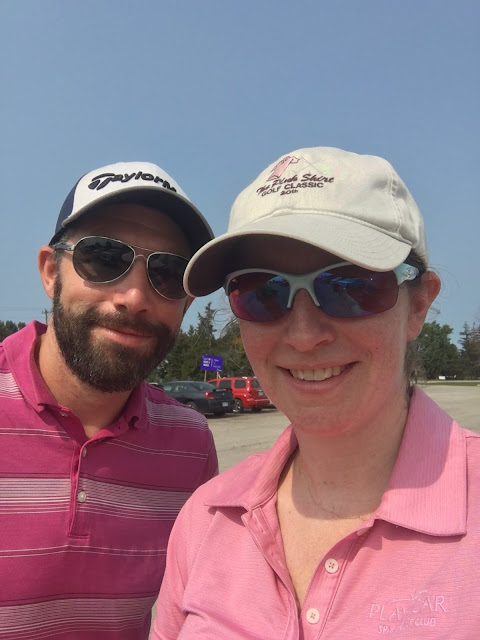 After golf we went back to the house.  Everyone else had gone shopping so after we had some lunch, we met them at the Dark Horse Winery. 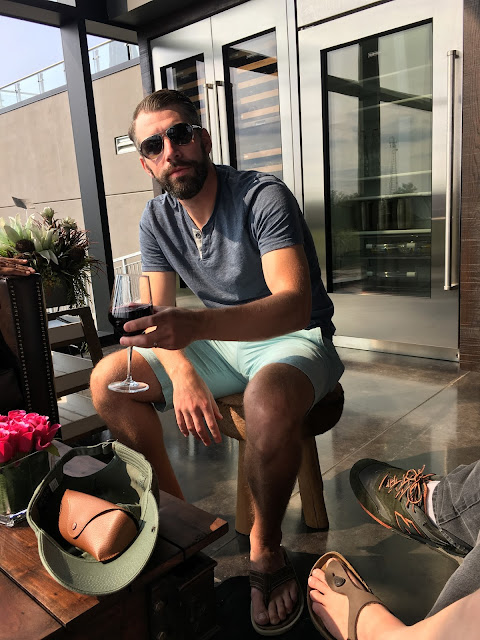 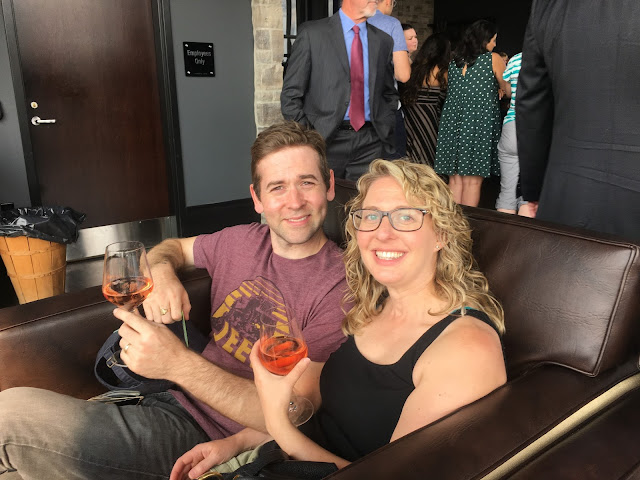 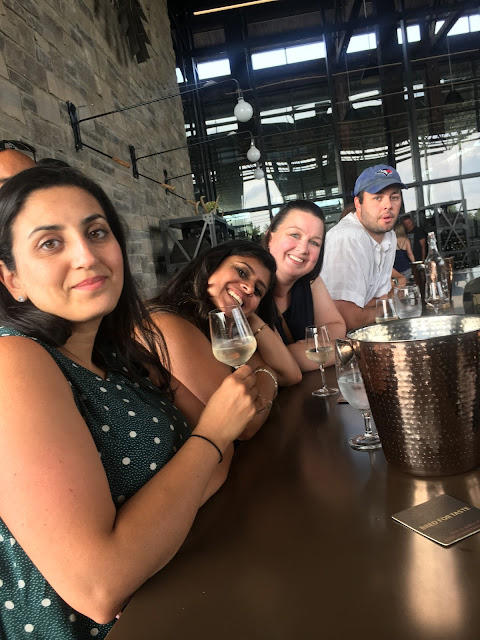 Another lovely late afternoon on the deck, enjoying drinks, good company, and another nice sunset.  We went swimming too. 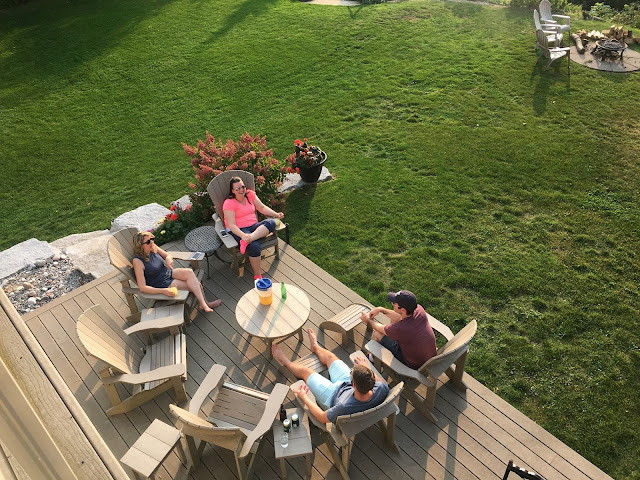 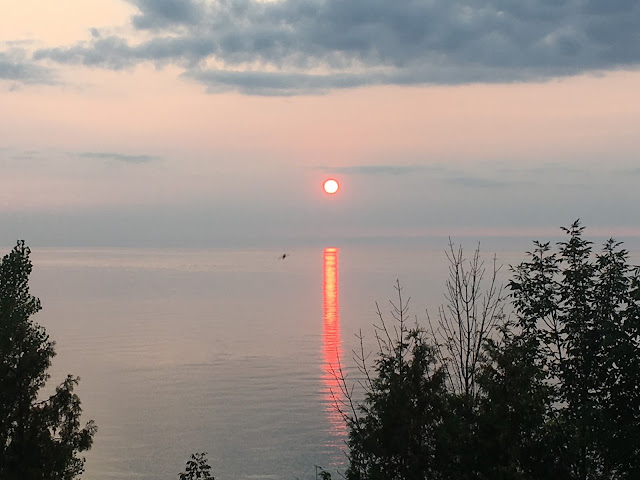 After supper we had a bonfire.  Some people played games, others (ahem, me) went to bed early. 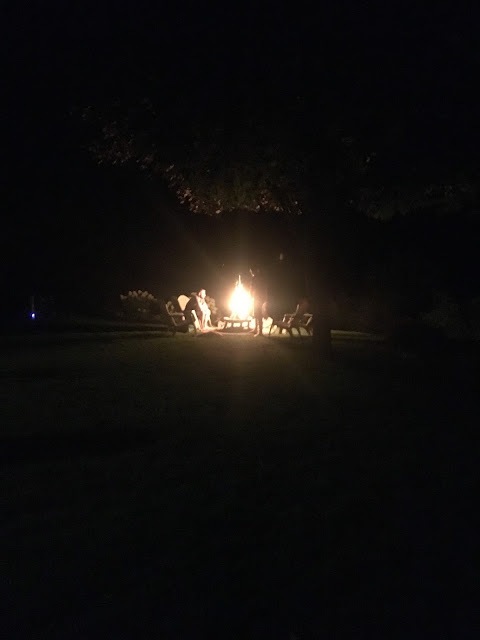 Dave set his alarm for Sunday morning and a 20 km run in the country.  He snapped a few photos while he was gone. 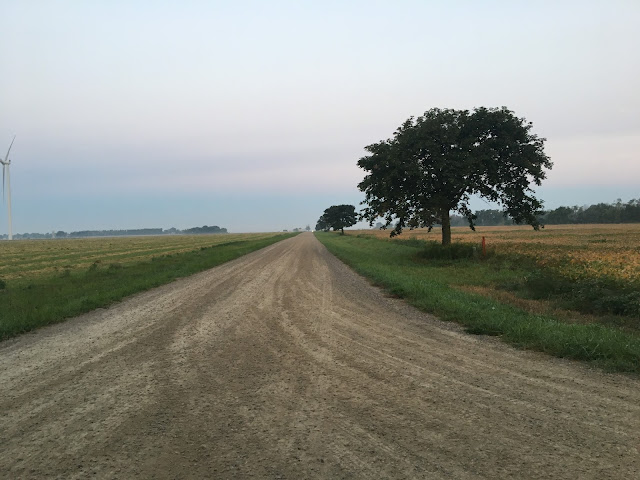 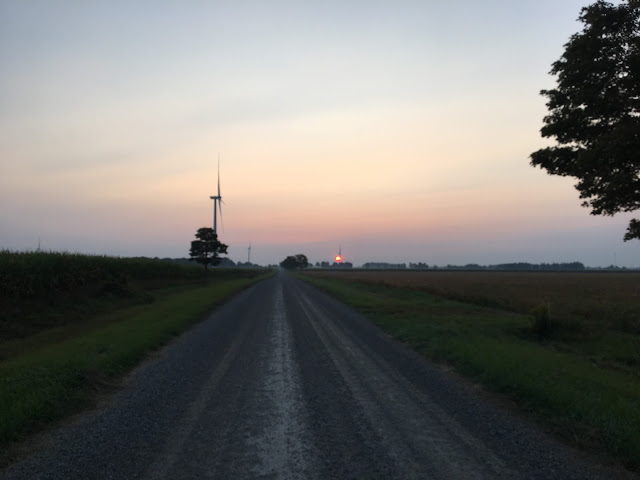 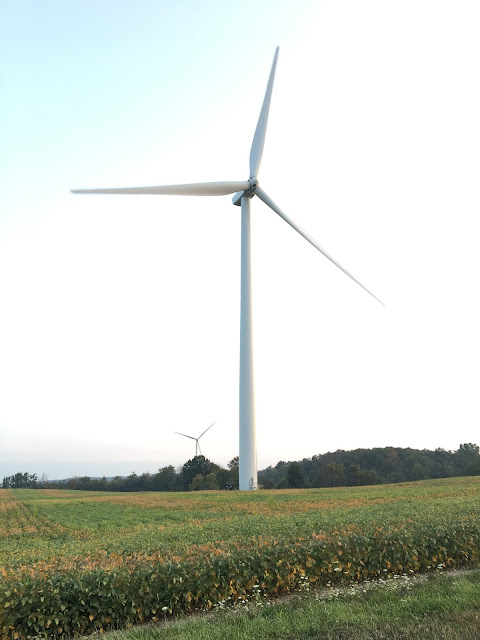 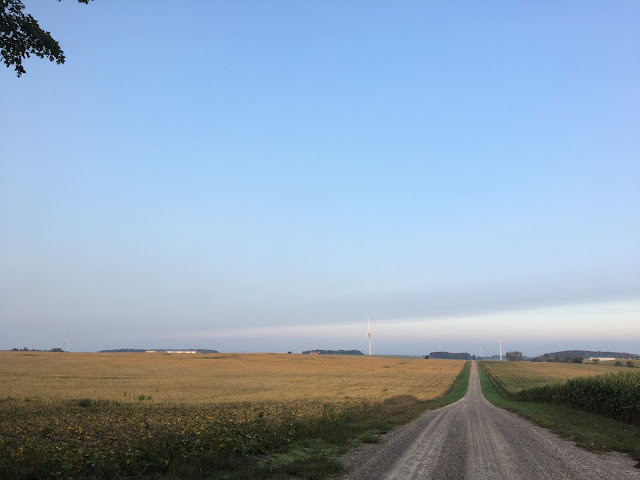 While he was gone, I got breakfast ready.  We were all in charge of a meal and I had picked Sunday brunch.  This is the before: 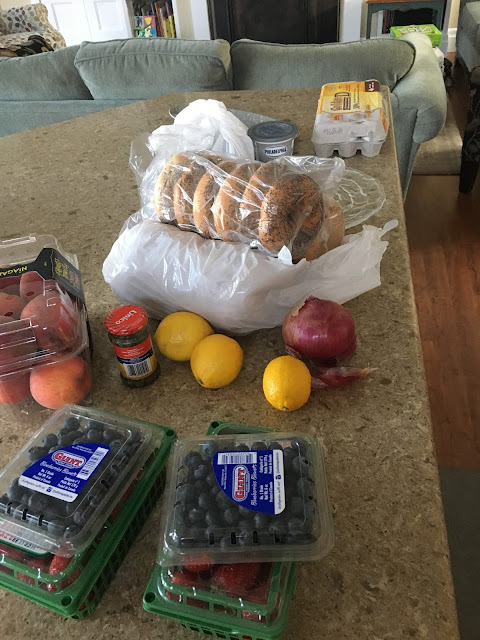 And the after.  It turned out to be the perfect amount of food. 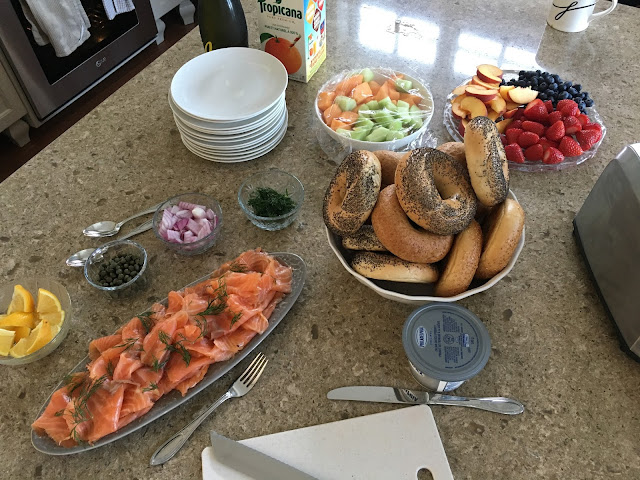 We had an easy morning and then everyone packed up to go home.  We drove down to Dave's parents' to pick up the boys.  They were excited to see us, and we were happy to see them.  We had a little birthday celebration for Q.  He opened a couple of presents and enjoyed a cupcake (all with the help of big brother E). 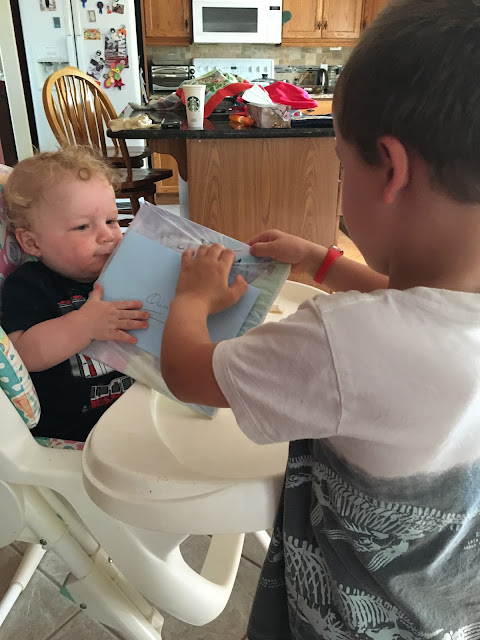 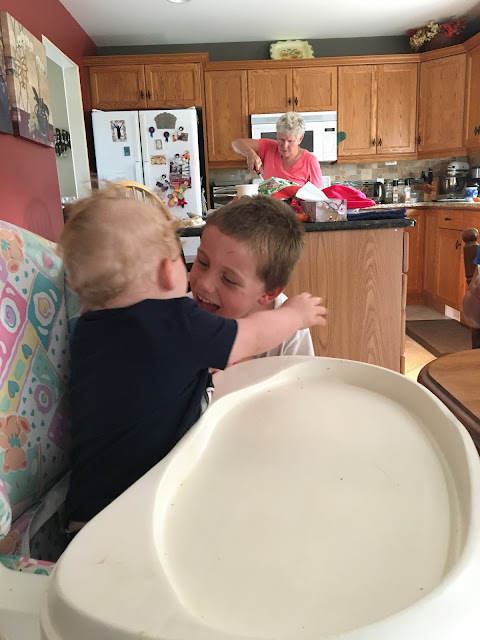 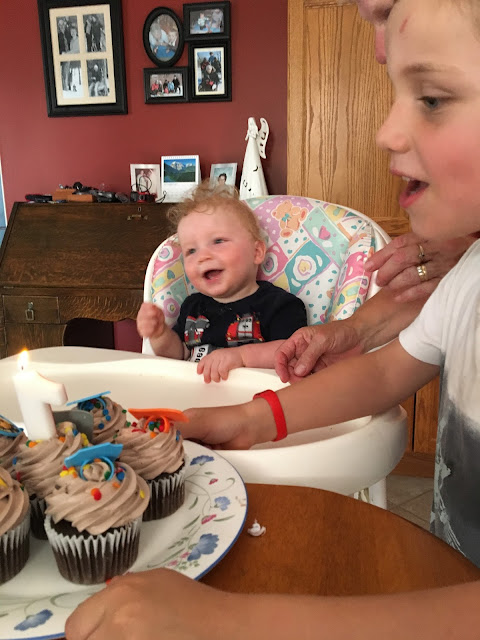 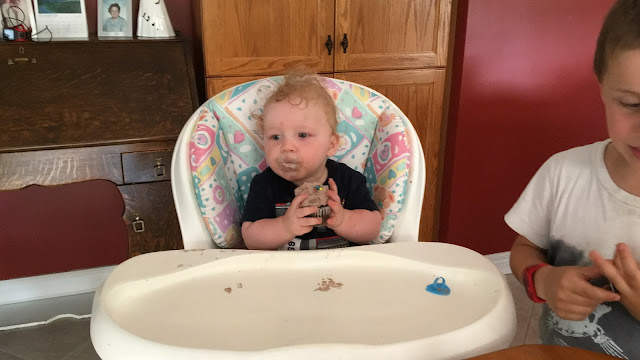 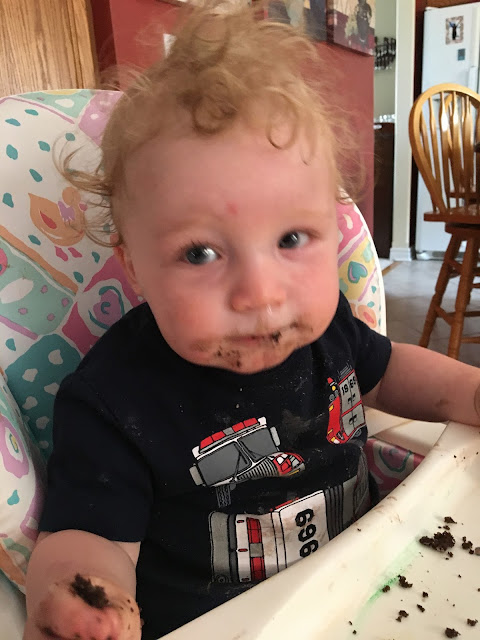 So nice to be away at a cottage for the weekend, a real treat for us, and it was nice not having to look after any kids for a couple of days! :)