After E's birthday party I sent an email to each of the parents thanking their children for coming and for their gifts.  For some I included a line about how well behaved their children were, because they really were, and it was really a pleasure to have them at our house.  I think people really appreciated getting the notes, and mostly everyone responded.  It took me all of ten minutes to write them, something simple but nice. 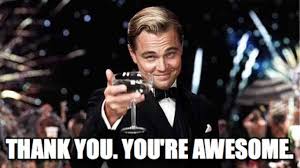 I also thought I'd start tweeting at people more if I like something they have done or if they made me laugh.  I know that celebrities get a lot of tweets directed at them, including a lot of nice ones, but I figured I'd just pile on to the good ones.  No one would say, gee I wish I didn't get so many nice things said about me.  And it's nice of course when they retweet you or reply but it's really not about that.  I know they can't all get back to me but I'll still try to spread the love.  Check out one day when Ben Mulroney tweeted back at me.  I wrote the tweet because they were talking about spirit animals on the show, and I seriously meant it.  Ben and I have more in common than I ever thought. 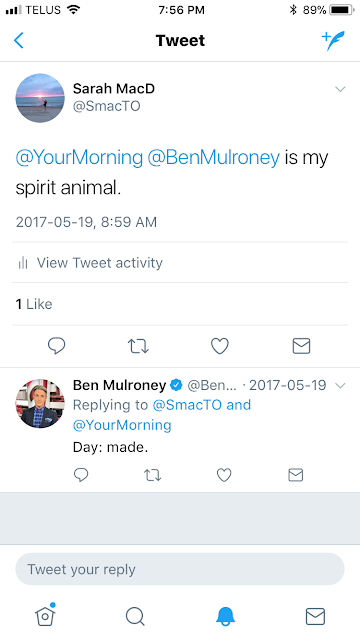 We're getting in the holiday season when people are extra busy and get annoyed easily.  If you can take the time to say a quick thank you, write a note (handwritten or email), or just spread some love on Twitter, do it!  You may brighten someone's day more than you realize.  After all Christmas isn't an easy time for people so something simple may make all the difference.  I'm going to try and make it a daily habit. 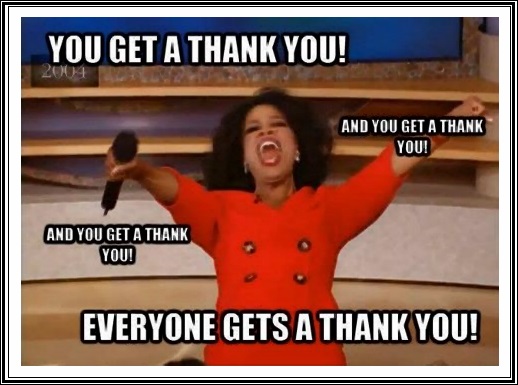