I was sort of delinquent in taking photos this weekend, but we had a great one despite that!  Since my mom was in town, Dave and I took the opportunity to go out for supper with our friends.  We started our evening at Bar Raval for cocktails and some tapas.  We ordered the tomato bread, olives, and croquettes.  All of us have been to Barcelona at some point so we enjoyed reminiscing about those trips while we enjoyed our tapas.  I must say the tomato bread was good, but nothing compared to Tapeo in El Born. 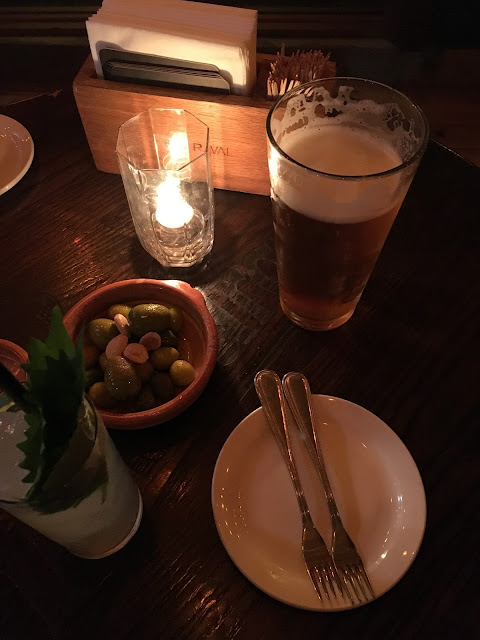 Then we tried going to La Palma and Campagnolo but being 8:30 on a Friday night, it was impossible to get into either one.  We got a table at Black Hoof though and enjoyed our meal there instead.  The only other time I'd gone to Black Hoof was with these same friends.  Last time nothing on the menu appealed to me other than the beef tongue, but this time I was either more adventurous or they had more options because there were plenty of things to eat (except the horse tartare and bone marrow, I said no to those!).

On Saturday we didn't get up to too much.  Mom, E and I went out to the Party Store, Loblaws, and Michael's to get stuff for E's birthday party coming up this weekend.  It was successful despite it being so busy everywhere!  Dave did stuff around the house.

Q wasn't feeling well and he had a few long naps.  He had a little fever but besides sleeping, he seemed in good spirits and ate his meals. 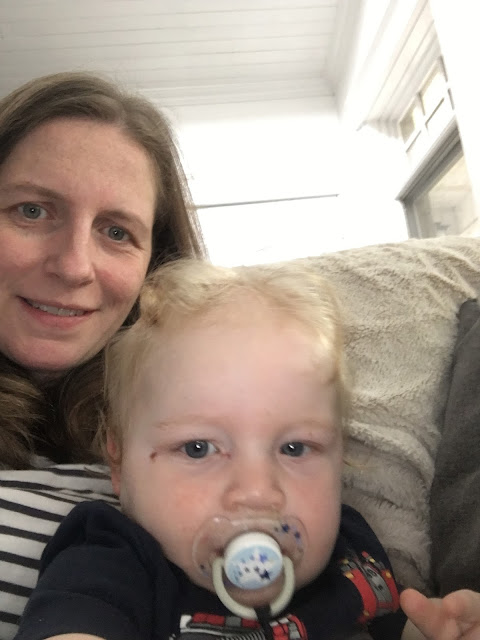 For supper we had French Onion Soup, and then we rented Baby Driver.

On Sunday morning we were off to church for E's first appearance in the Children's Choir.  They did really well and E knew all of the words and kept his place in the first row. 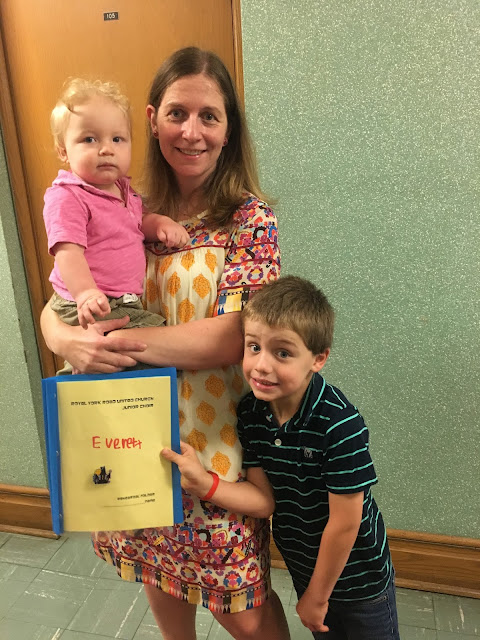 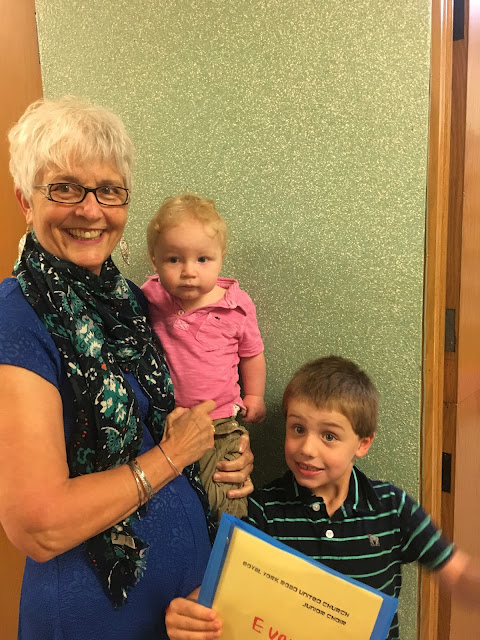 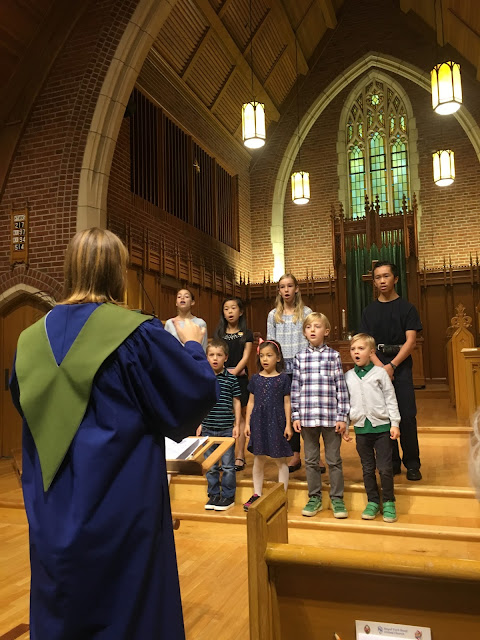 The weather was sort of wild on Sunday afternoon with the high winds and occasionally downpour.  Even though the temperature was warm I didn't want to go outside and risk getting hit by a falling branch/tree or getting soaked if the rain started up again.  Instead we just watched some TV, coloured, and played around the house.

I snapped this photo of the moved drain pipe to show Dave. 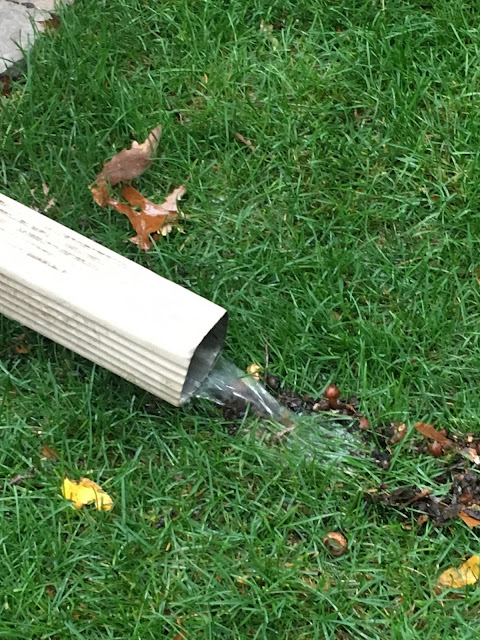 I coloured in my own colouring book, and E drew this picture with the big sky on a giant piece of paper.  It was really nice to sit and colour quietly with him while Mom played with Q upstairs. 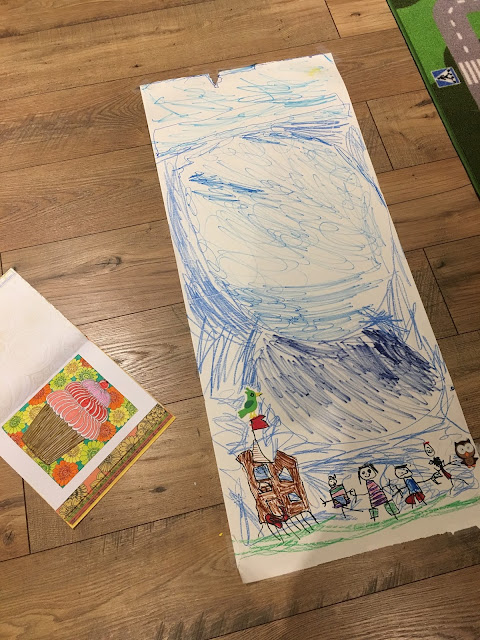 Around 4:30 we ventured outside to walk to The Swan for supper.  Although the wind was still blowing, the rain had stopped and the sun was out.  We had a good dinner.  Q loved his french fries! 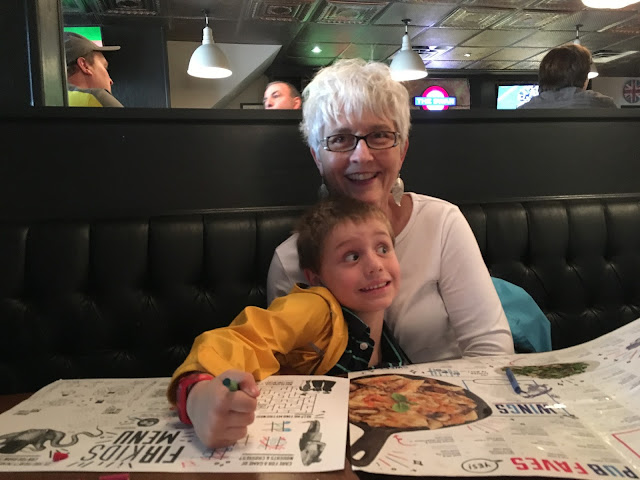 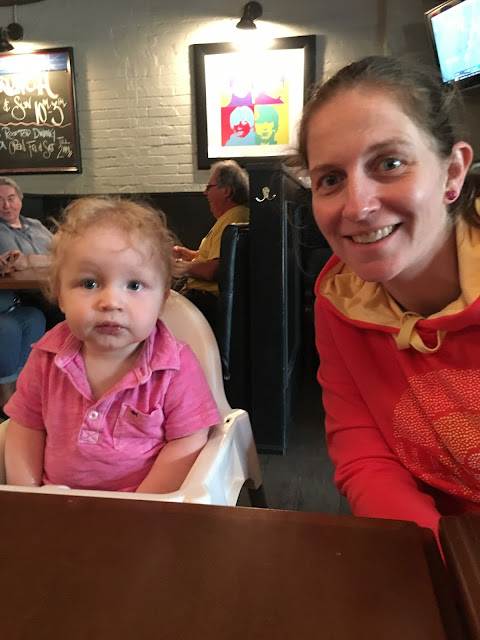 After supper, we walked home, and the kids had baths.  After they were in bed, I worked on my blog, watched an episode of This is Us and then read my book.