Not as many books this month since I was away and didn't actually read on my holiday.


The Light We Lost by Jill Santopolo. 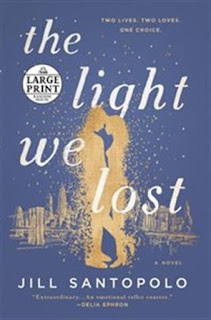 I liked this book a lot and it kept me turning the pages to the end.  The main character meets a man on 9/11 in college and their love story begins.  We know this at the beginning that she later goes onto marry someone else, and now she is looking back over this time and how she has still remained connected to the first guy.  I though the writing was really effective and you could understand how she was connected to both men.  I always appreciate connections to 9/11 since I was also in university at that time.  I was often frustrated with the main character and the men in her life, but I think that was due to the good writing.  I think I read this in about two days so a quick read.

It Ends With Us by Colleen Hoover 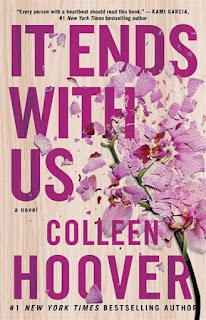 This was another quick read and one that I think I will think about for a long time.  The main character is about 25 years old and is starting out in a new city (Boston) after her dad dies.  Her dad was not a very nice man, which we'll learn about later.  She meets a man but then finds out he may be just like her dad.  Meanwhile we are flashing back to her teenage years as she reads her diary entries, written as though she was writing to Ellen Degeneres.  Again, I felt connected to this character because I used to watch Ellen when I was in high school too.  I also was frustrated with the main character and some of her decisions, but the way it was written made so much sense that I could still understand.


Once More With Feeling by Méira Cook. 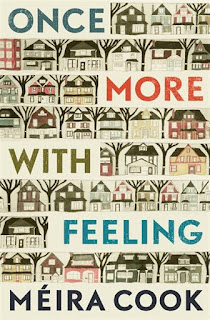 I thought I would love this book but I did not.  Instead I struggled to finish it and was not satisfied at the end.  It seemed like a book I would normally like since it takes place in Winnipeg and starts out as smart Can Lit (think All My Puny Sorrows), but it really couldn't keep my attention.  Each chapter was told from the perspective of a different character, somewhat connected, but there was not enough of a connection for it to flow together.  I kept reading to see if there would be a resolution to the events in the first chapter, and there was, but it wasn't enough to save the book for me.  That all being said there was some beautiful writing within the book, both in terms of a story but also the descriptions themselves. It felt it would be a better book for a university class to dissect, rather than me to read for fun.