This weekend was almost a blueprint of last weekend, which wast just fine with me.  I really enjoy these "regular" weekends after the excitement of Christmas and travelling.

I worked from home on Friday and although I was quite busy, I was able to pick up the boys from school, and then I took them to Shoppers to pick up some Valentine's cards.  Shocking but Q picked Paw Patrol ones and E chose Avengers.

Then we made some pizzas for supper and watched a movie.  Dave chose Kubo and the Two Strings, a bit of an intellectual choice, but it was really good and the animation was amazing.  After that Dave and I watched the rest of The Report on Prime (starring Adam Driver). 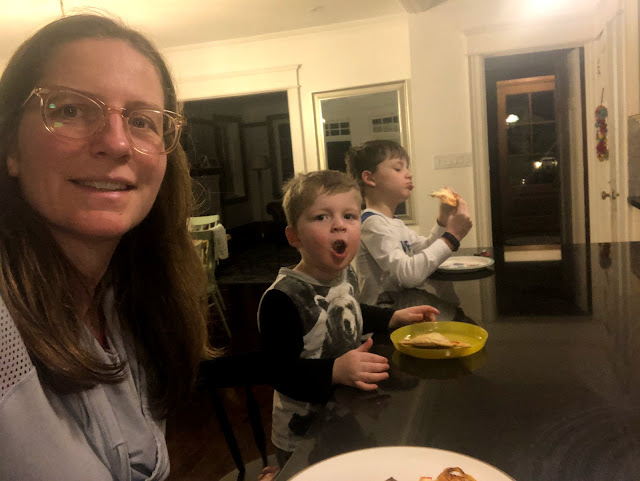 The next morning I got up to go to my workout class while Dave made waffles for breakfast.  We did some tidying up, Nintendo, and I picked up our grocery order.  And then we went to the movies.  We had some coupons so it didn't cost anything, even for the popcorn.  We saw Spies in Disguise, it was really good.
(Q dressed himself and chose Santa PJ pants so we just went with it) 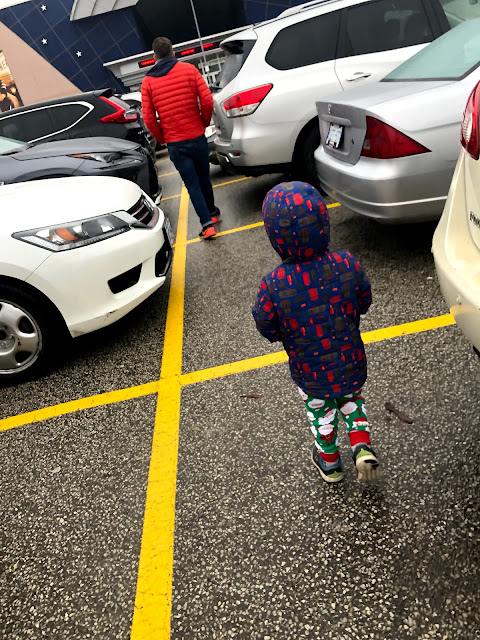 We did spend some money at the arcade so it wasn't an entirely free trip. 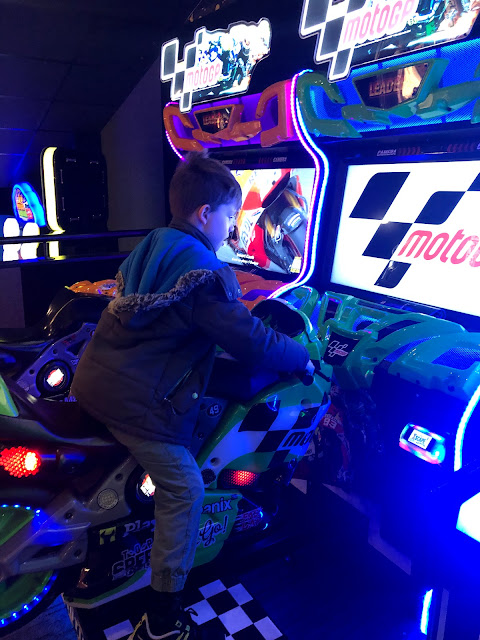 We had a yummy salad bowl for supper and worked on the puzzle, while the boys played downstairs with the neighbour boys. 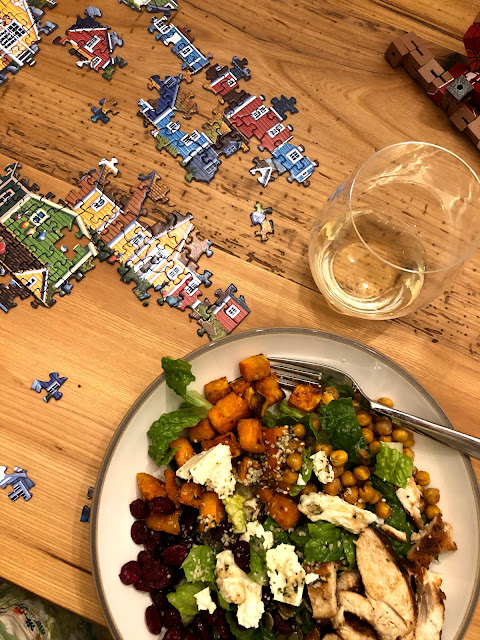 We headed up to the ski hill on Sunday morning for lessons.  We were a bit early so E and I did a few runs together before I had to drop him off. 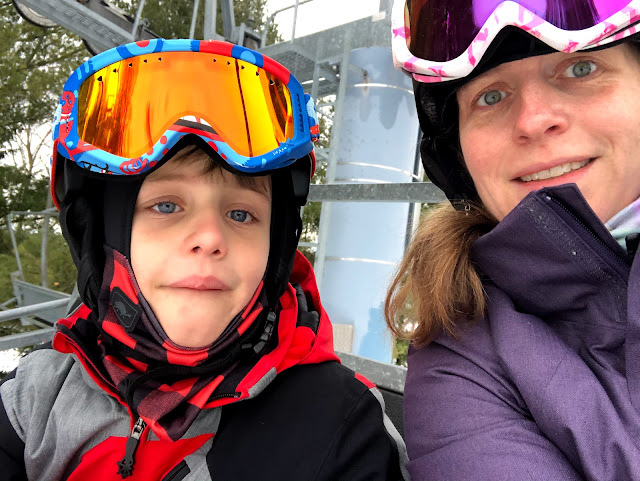 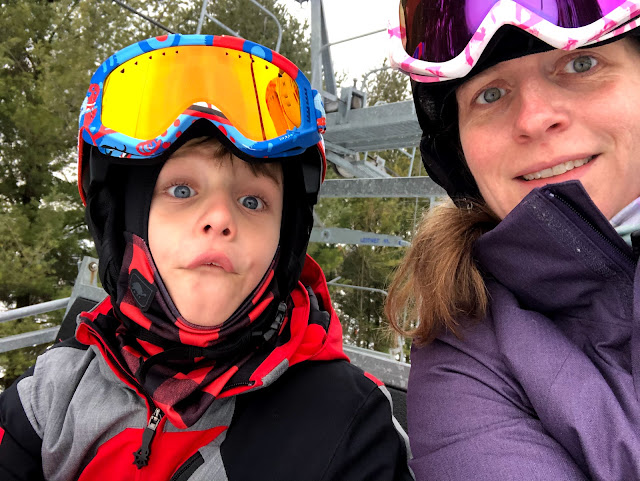 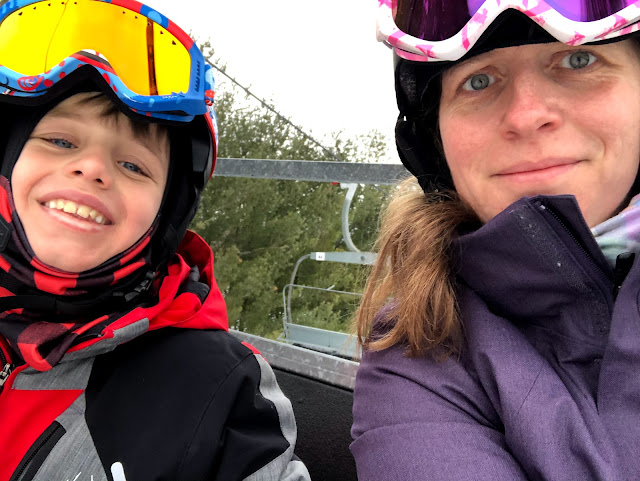 I didn't get any photos of Q but he had a great day.  I went by to pick him up but I was early, when he saw me he just waved "Hi Mom" and he headed back out for the last half hour.  When I actually picked him up at noon he told me he didn't cry and he liked skiing.  It helped that it wasn't that cold. I went out skiing in the afternoon and Dave took Q over to the bunny hill and he enjoyed that too.   On our way home we found out about Kobe Bryant so we were pretty sad about that.  When we finally sat down to watch the Raptors - Spurs game, we were touched by their tribute to Kobe where both teams incurred the 24 second shot clock violation (24 being Kobe's number), well done guys.
Posted by TorontoSAM at 6:00 AM