I got to do something fun on Friday, go to the symphony!  The Toronto Symphony Orchestra was hosting Sheku Kanneh-Mason, who some of you may know as the cellist from Meghan and Harry's wedding.  I went with a friend and we grabbed some supper and drinks before at the Ritz-Carlton. 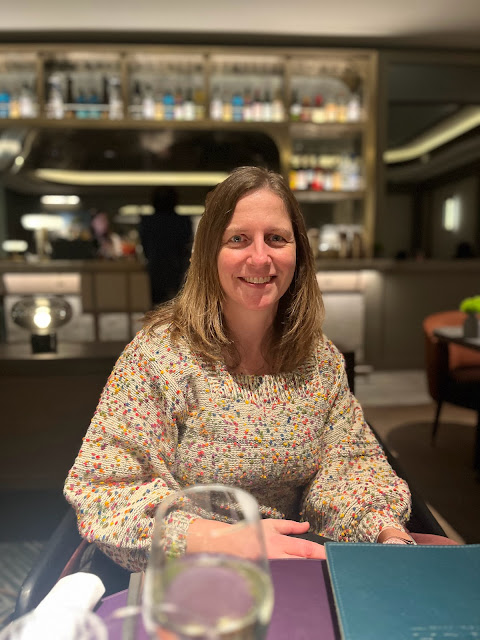 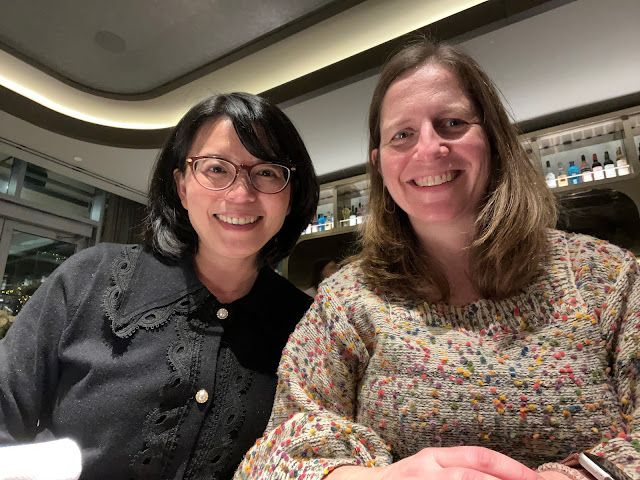 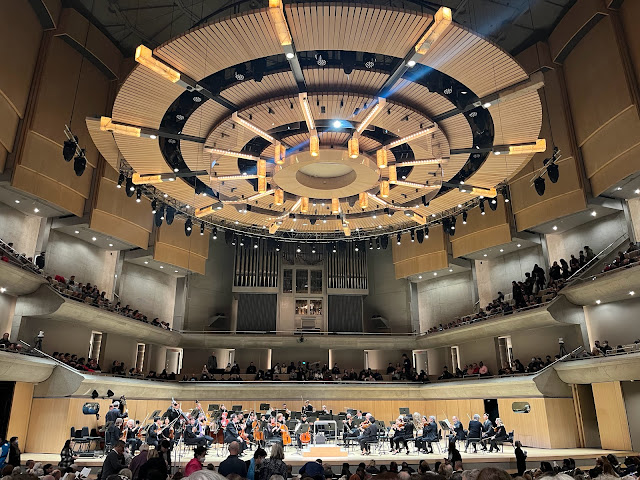 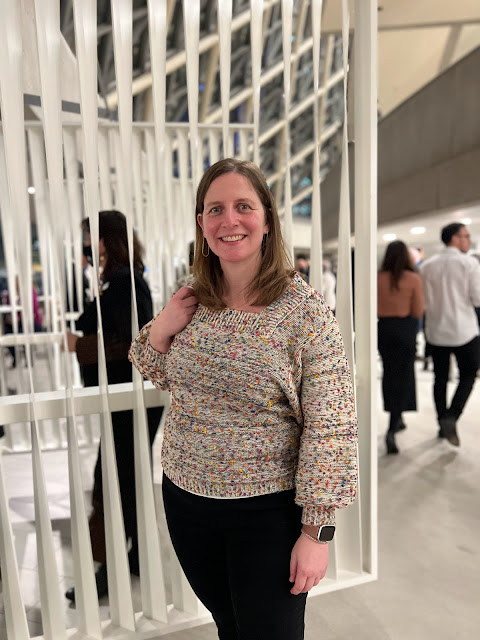 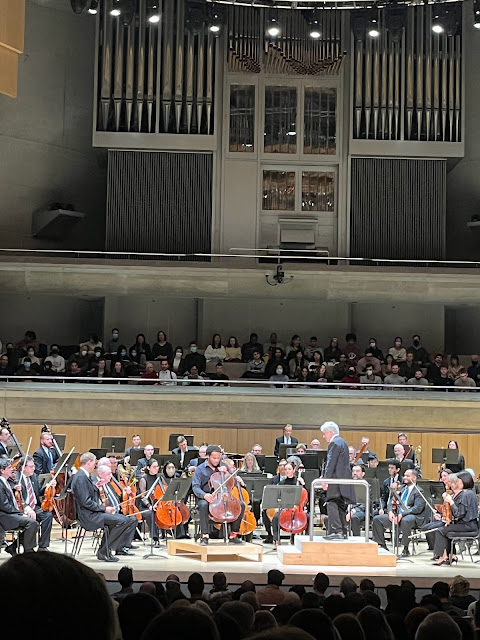 On Saturday morning we were all up early to head to the ski hill.  Q can now get himself ready, boots and all, which is just great!  He was showing me. 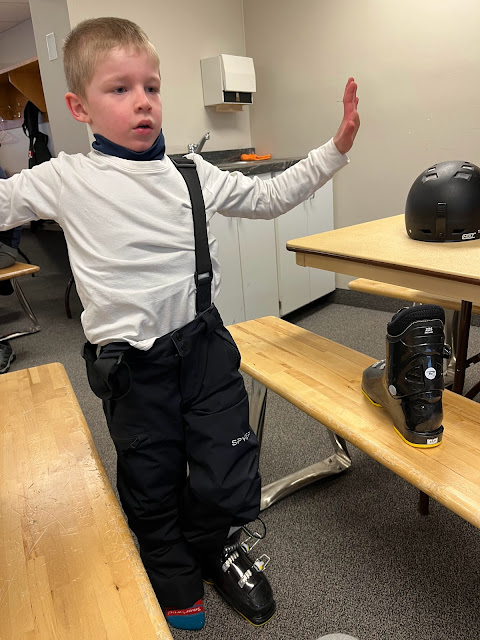 Waiting for his brother. 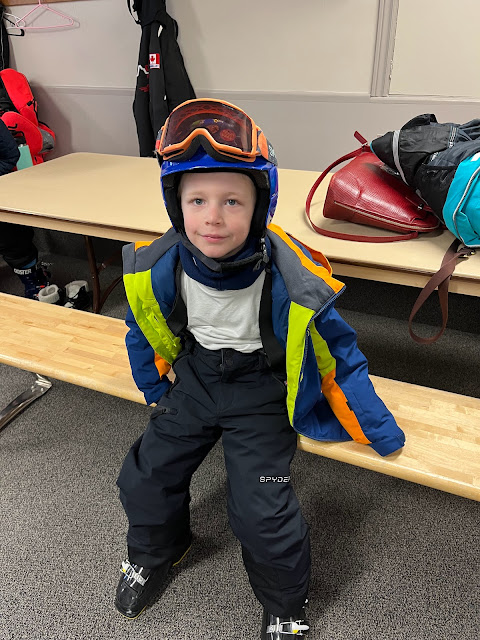 Ready for a day of race training. 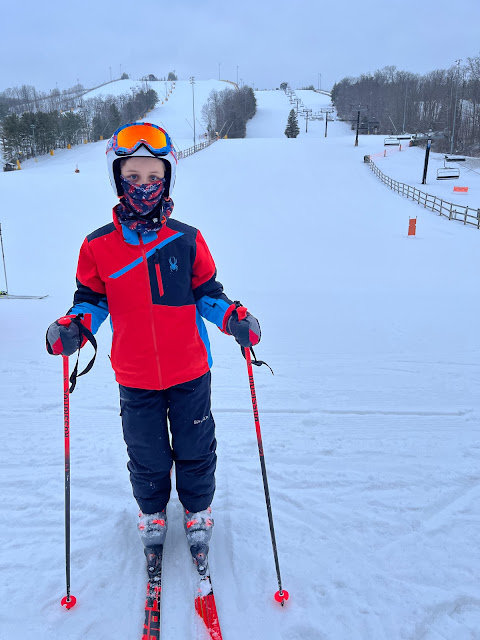 This was my view from the window as I decided to take one more week off from skiing. 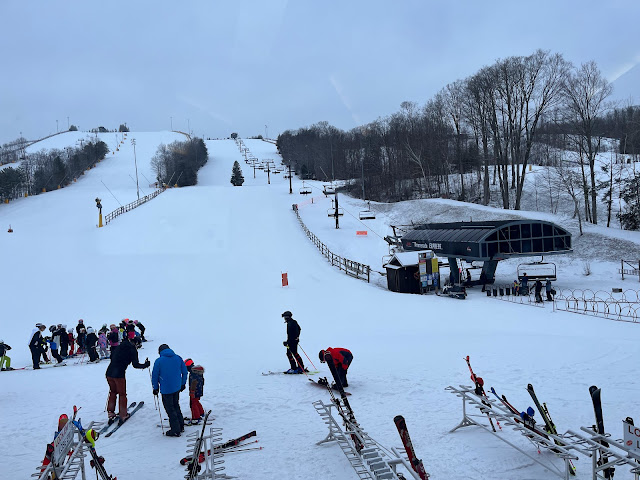 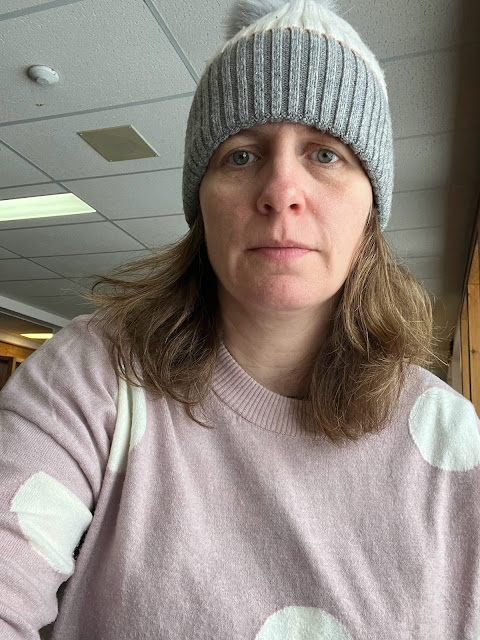 It was a suucessful day on the hill (and in the lodge) with friends.  We left around 4:00.  I had already made chili for supper so we just needed to heat that up and I made some cornbread to go with it.
On Sunday just Dave and E went up, E had his first race at Snow Valley (our old ski hill).  I was creeping on the live webcams again and saw Dave (in blue) and our friend (in turquoise). 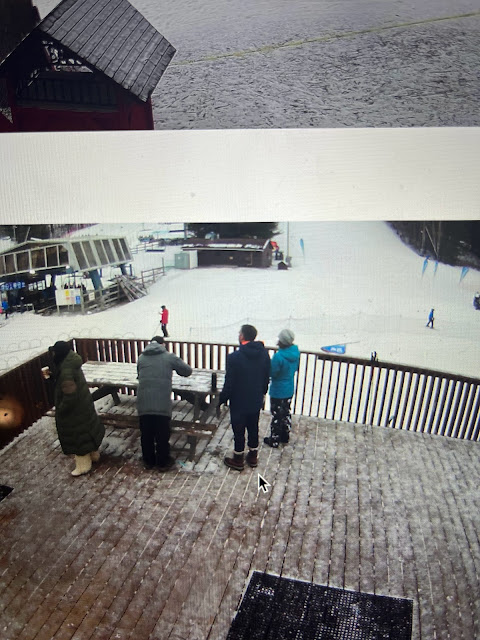 E did well at his race although he would have liked to have been faster. Either way, it was a good experience. 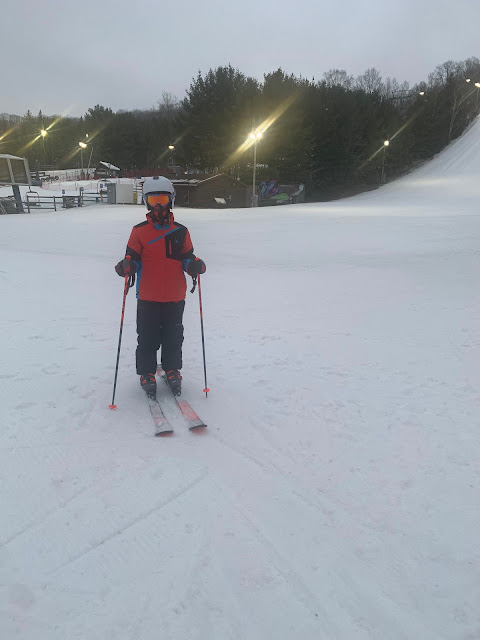 Meanwhile I did a workout, cleaned the bathrooms, and helped Q make a birthday card for the party he was going to later. 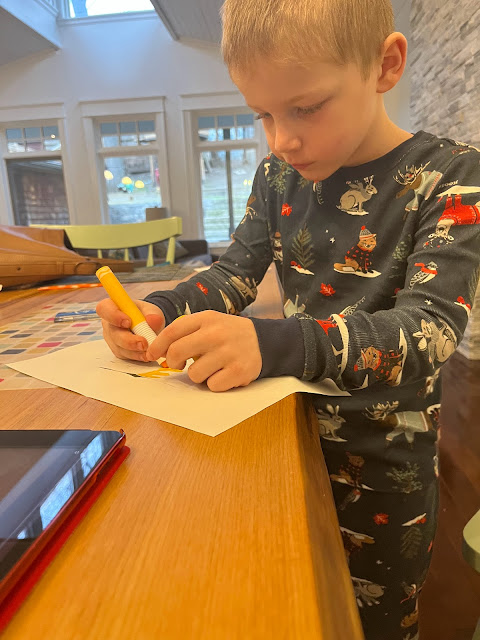 While Q was at the birthday party I walked up the street to get groceries.  We had a sort of Lunar New Year meal to recognize the holiday - Korean short ribs, rice, snow peas, and dumplings. To continue the theme we watched Raya and the Last Dragon. 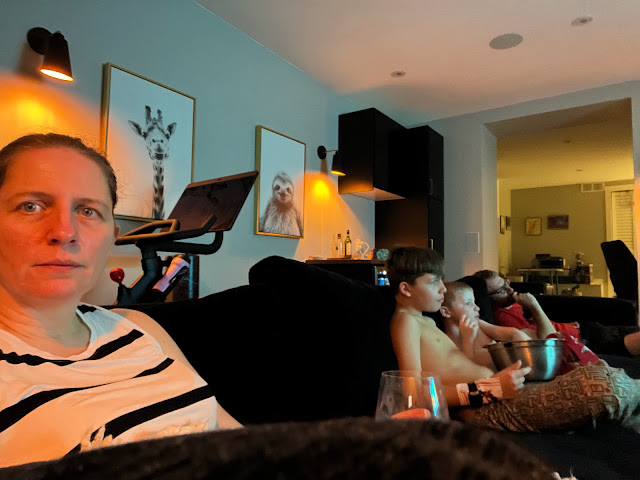 Dave and I stayed up too late to watch The Menu and Aubrey Plaza on Saturday Night Live (both were good but should have gone to bed earlier as Monday morning came quickly!).
Posted by TorontoSAM at 6:00 AM