On Friday, E's class went to the Aquarium. This was his first official school field trip and I was lucky to be able to take the day off and be a chaperone. We have visited the aquarium before but it was so neat to see E with his little friends.

We arrived at school bright and early, and then we hopped on a bus. 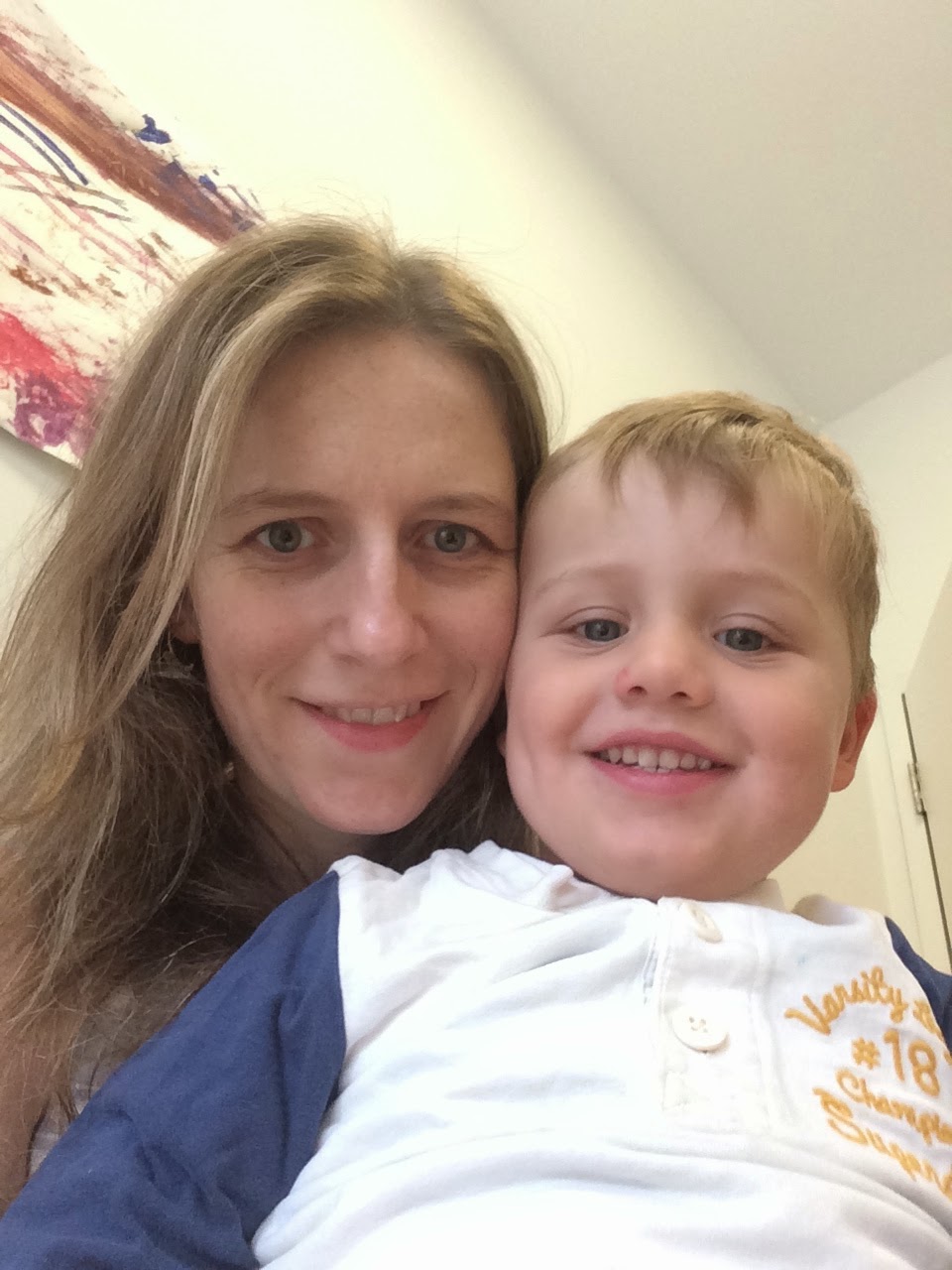 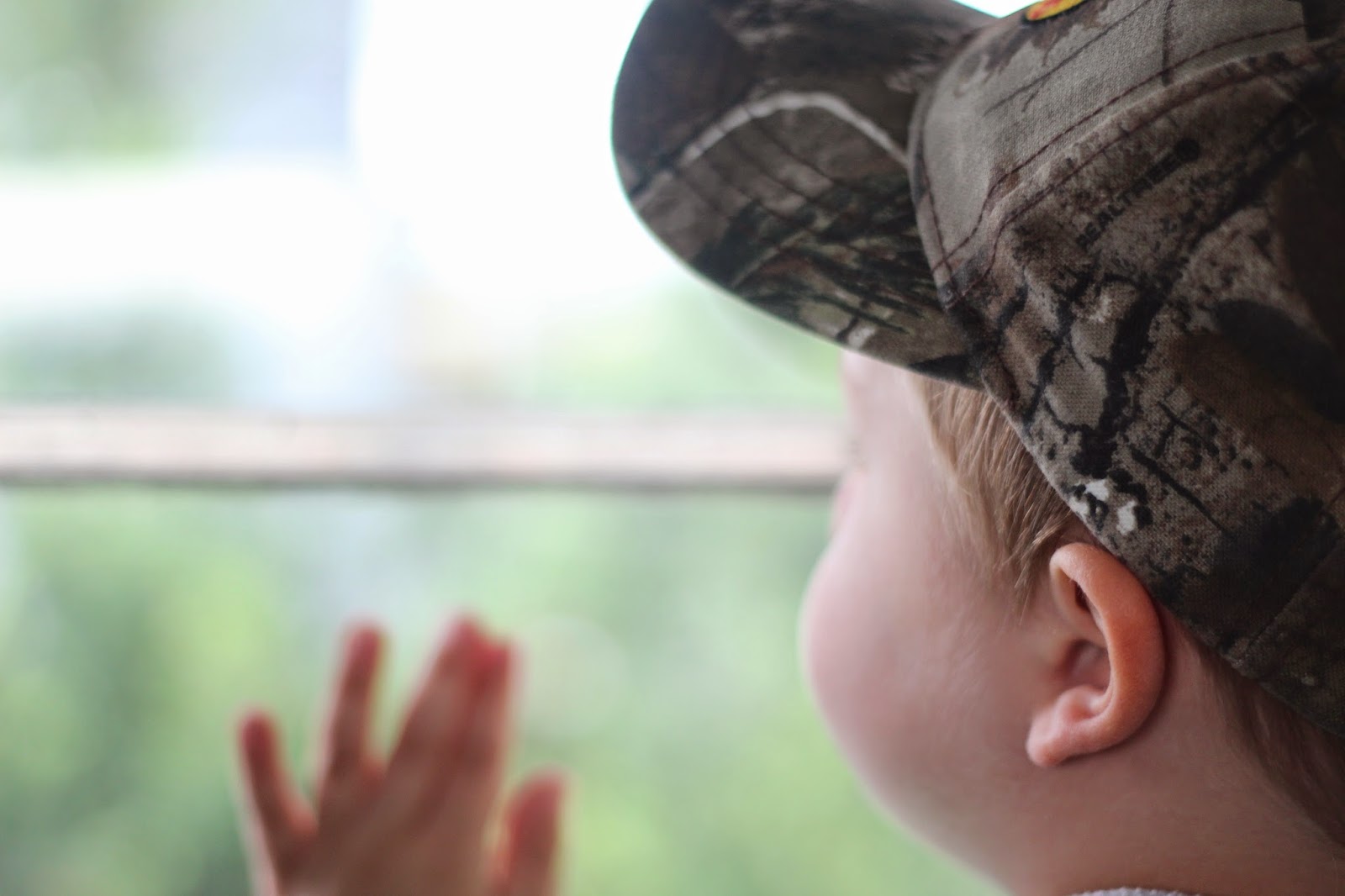 The kids were excited to be out doing something, and many, like E, had a parent with them. The bus ride probably would have been enough excitement, but that was just the beginning.
We mostly stayed together as we walked through the exhibits.  E and his friends kept looking around for each other. It was easy to keep track since the day care had asked that each child wear a white shirt, and they all had yellow signs pinned on their backs with the name of the day care and cell phone number of the teacher. 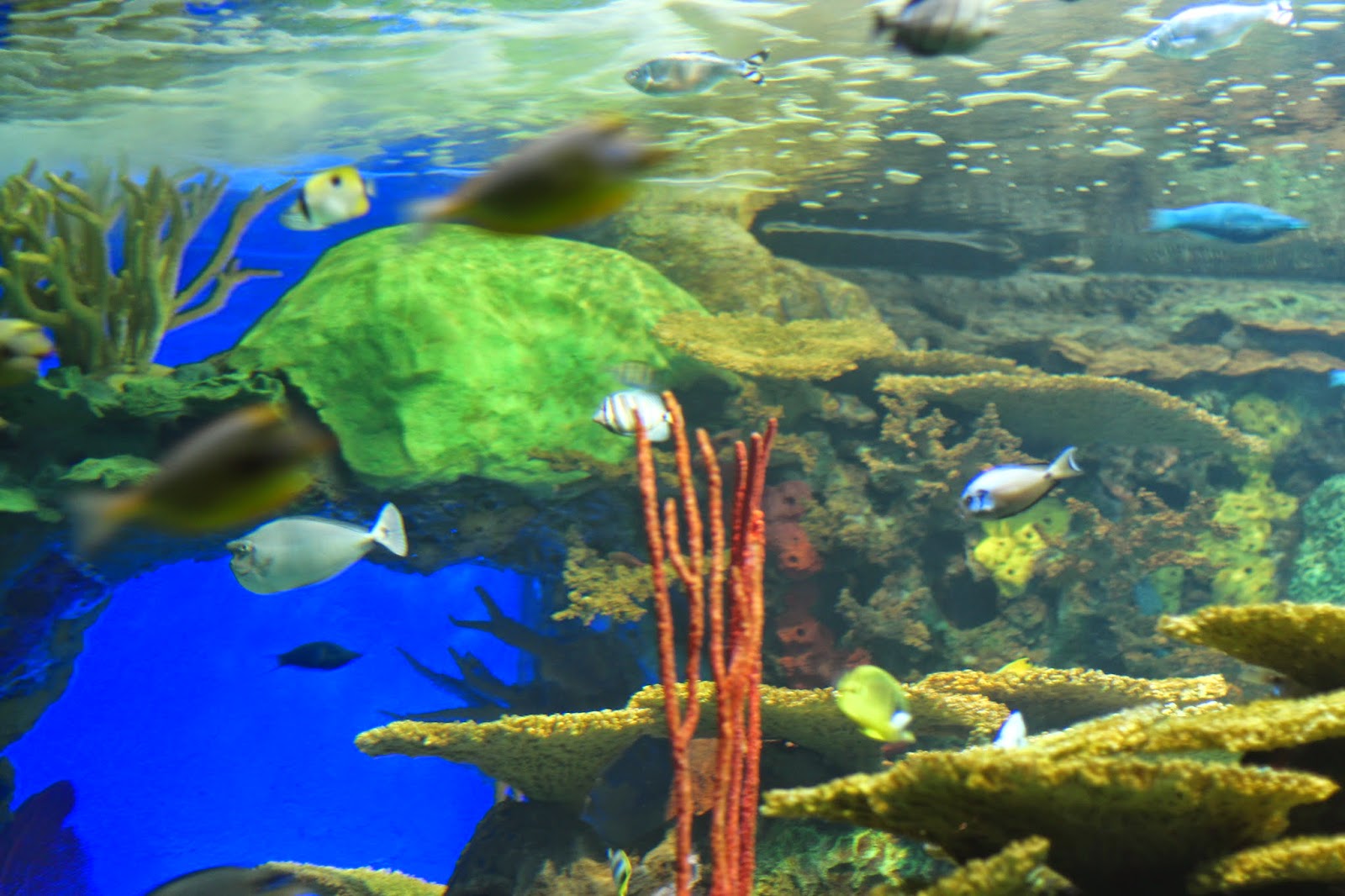 The aquarium's showcase exhibit is a moving walkway through a tank that goes over your head and takes up both sides of the walkway. It is filled with beautiful tropical fish, rays, turtles, and sharks!! The first time we came, we thought it was neat, but then the walkway kept going around the corner and we couldn't believe how big the tank was.  E rode the walkway with his friends and enjoyed that. 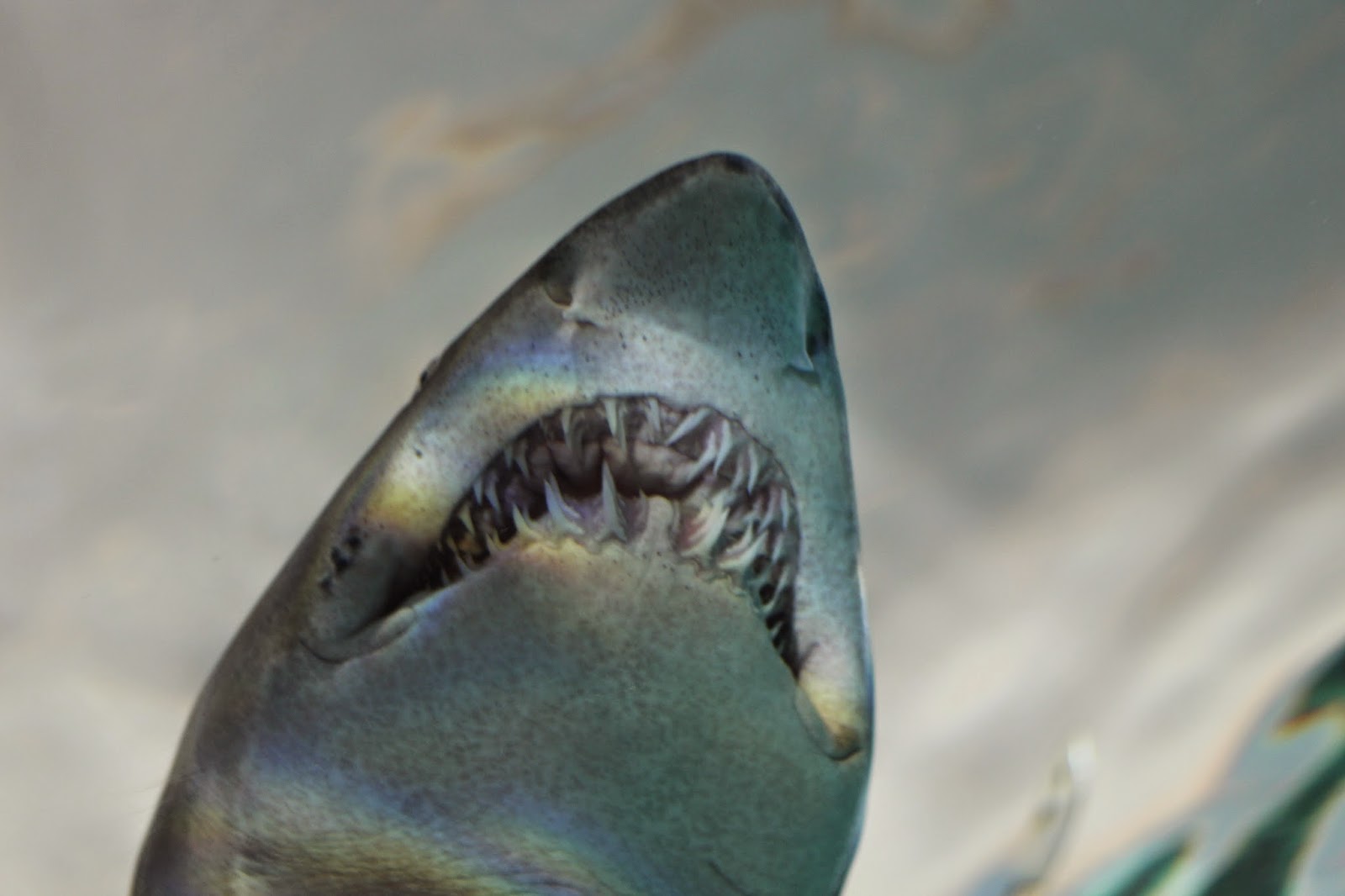 The sharks swim right over your head!
We all stopped in the Ray Bay for the feeding demonstration, the kids were pretty tired by this point, but they were still in good spirits.  We enjoyed some lunch and then finished up the rest of the exhibits. 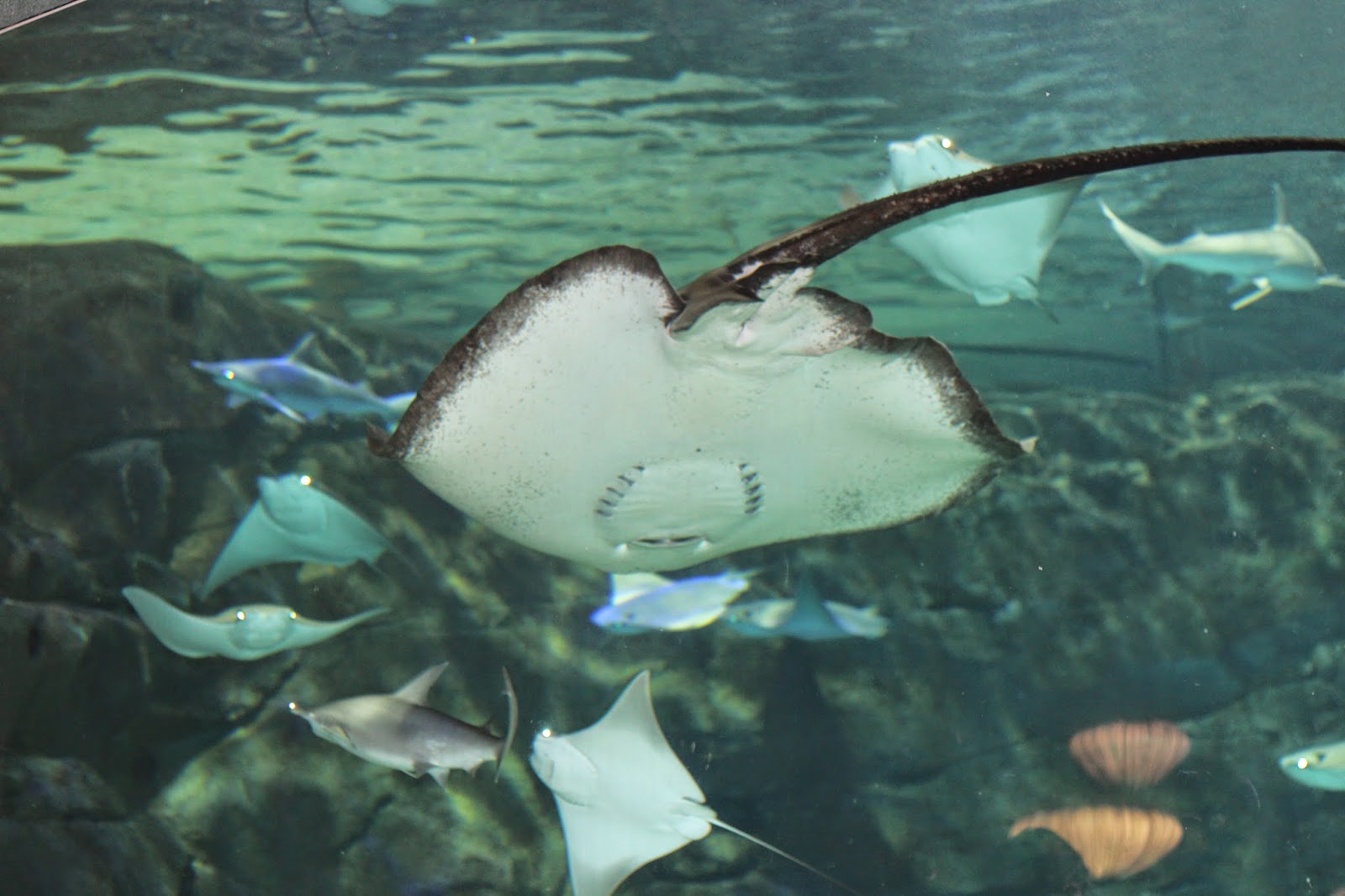 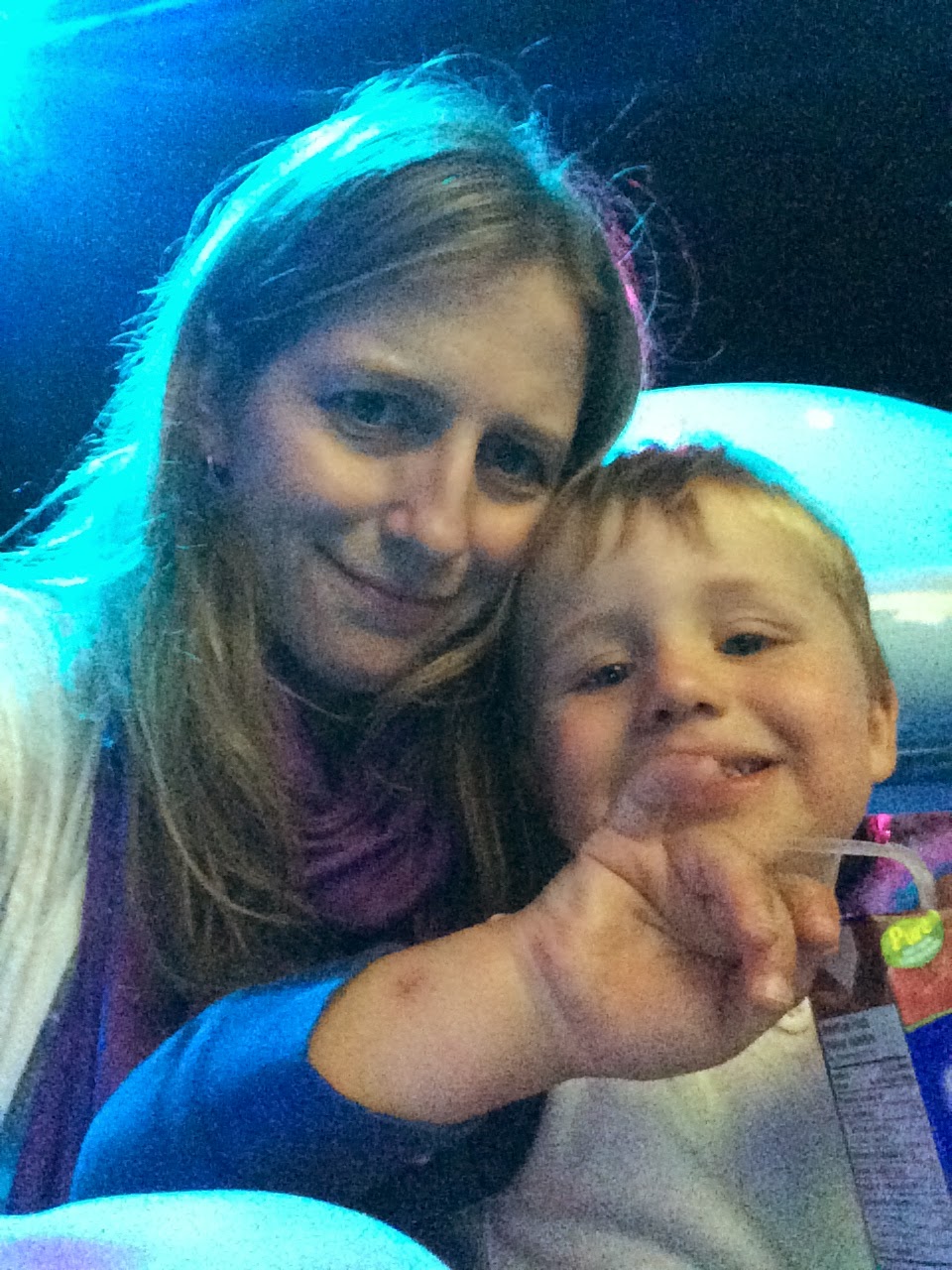 While we waited for everyone to gather before getting back on the bus, we went across the street to the train museum.   Everyone liked climbing on the trains. We had walked to the day care in the morning, so after we got back and started walking home, E quickly fell asleep in his stroller after a very busy day! 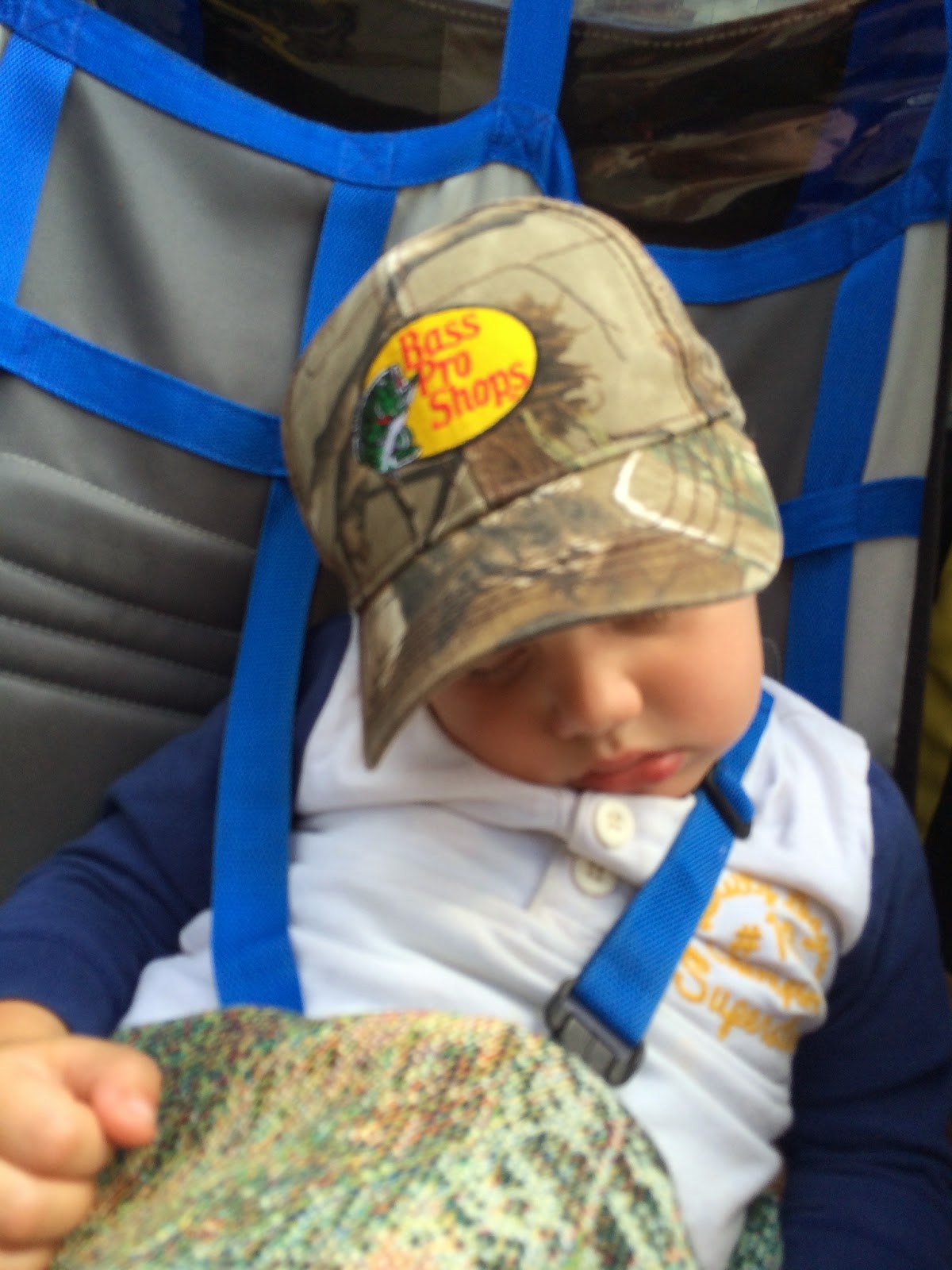 It was a great day, and we are so happy that E's day care has these programs.  It's not a fancy school, but they have a wonderful staff and E is very happy there.
Posted by TorontoSAM at 6:00 AM