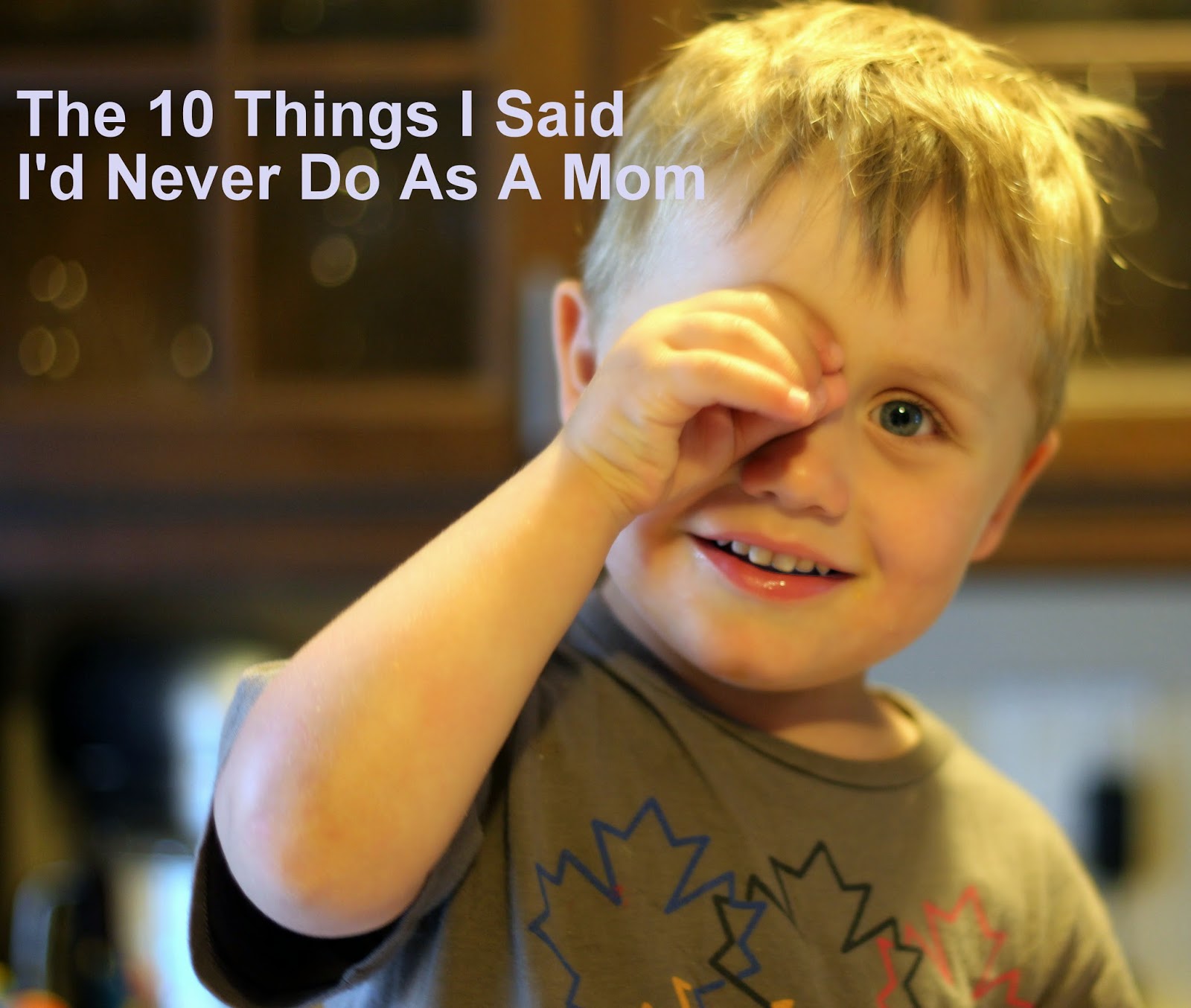 There are a few things that I said I would never do when I had children of my own.  But as we all should know, never say never.  I have determined that sometimes it is better to say yes rather than force a screaming child to do something.  On one of the blogs I follow, there are always "yes mom" moments, and they are inspiring.

1. Bribe my child with food.
You've been there, standing at the edge of the playground, hollering at your child that it's time to go home: "we can have freezies/marshmallows/cookies/other random snack when we get home!", as you plead with them to leave on their own.  It still only works about 50% of the time.  My only saving grace is that E still gets distracted and sometimes doesn't remember what I've promised him.

2. Dress them in multiple patterned clothes.
My personal preference for children's clothing has always been simple and matching.  I have always hated children's clothing emblazoned with cartoon characters, animals, monsters, etc. and I don't want E to look like a clown on his way out the door (not that there is anything wrong with clowns, just not my preferred look).  However, when they want to pick out their own outfit and actually dress themselves (with some help), while the little matching outfit you've picked out lies in a pile on the floor, you go with it. They're happy, I'm happy. 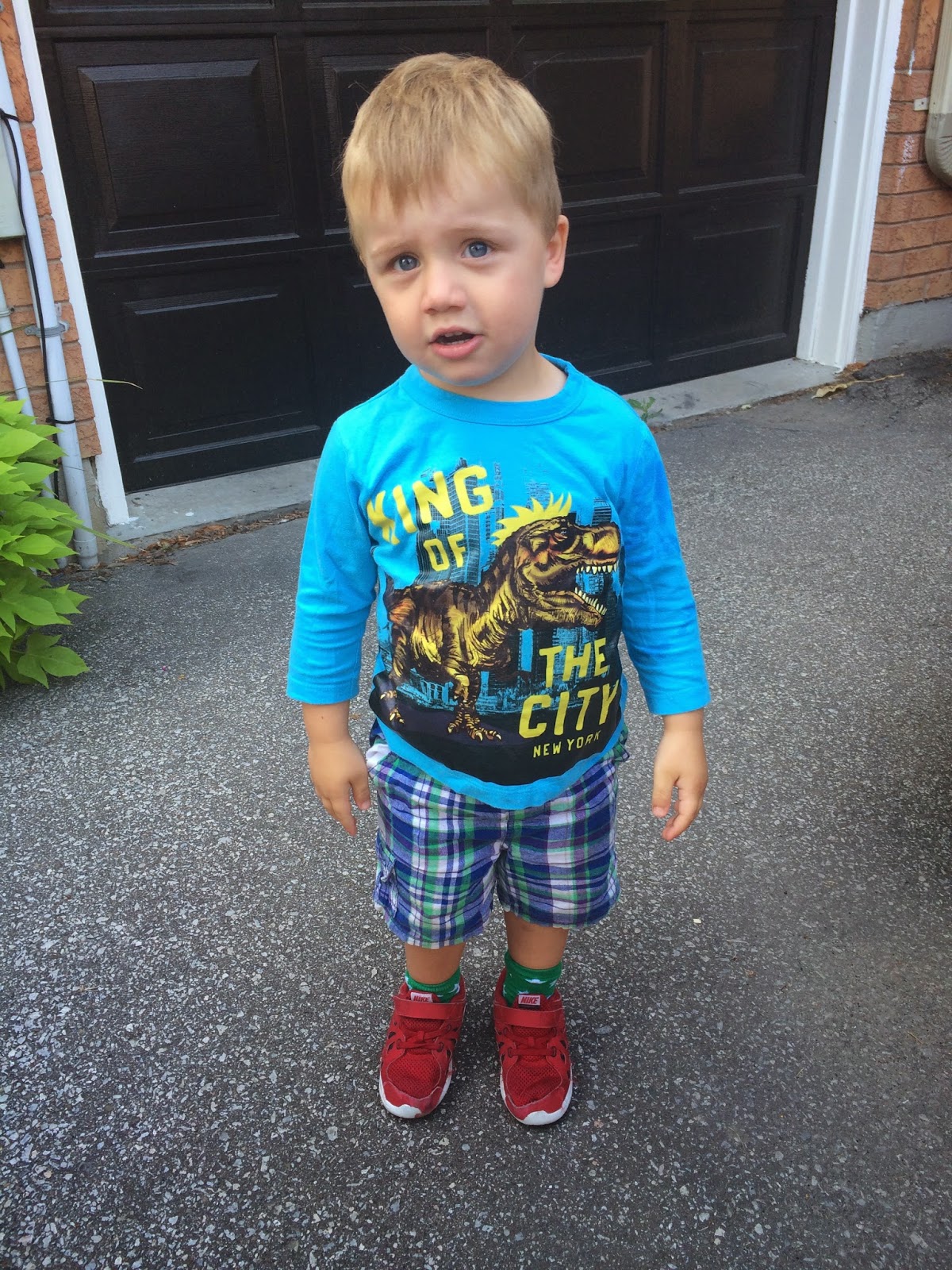 3. Let them run around with dirty hands and faces.
I always swore that my children wouldn't be sticky or grimy. Then I had a boy.  Not only is he always into something dirty, he is an enthusiastic eater and usually has food on his face and hands.  Sometimes your only goal is to get from point A to point B, and wiping a face doesn't factor into that equation. A dirty child is still a happy child, actually, probably happier. 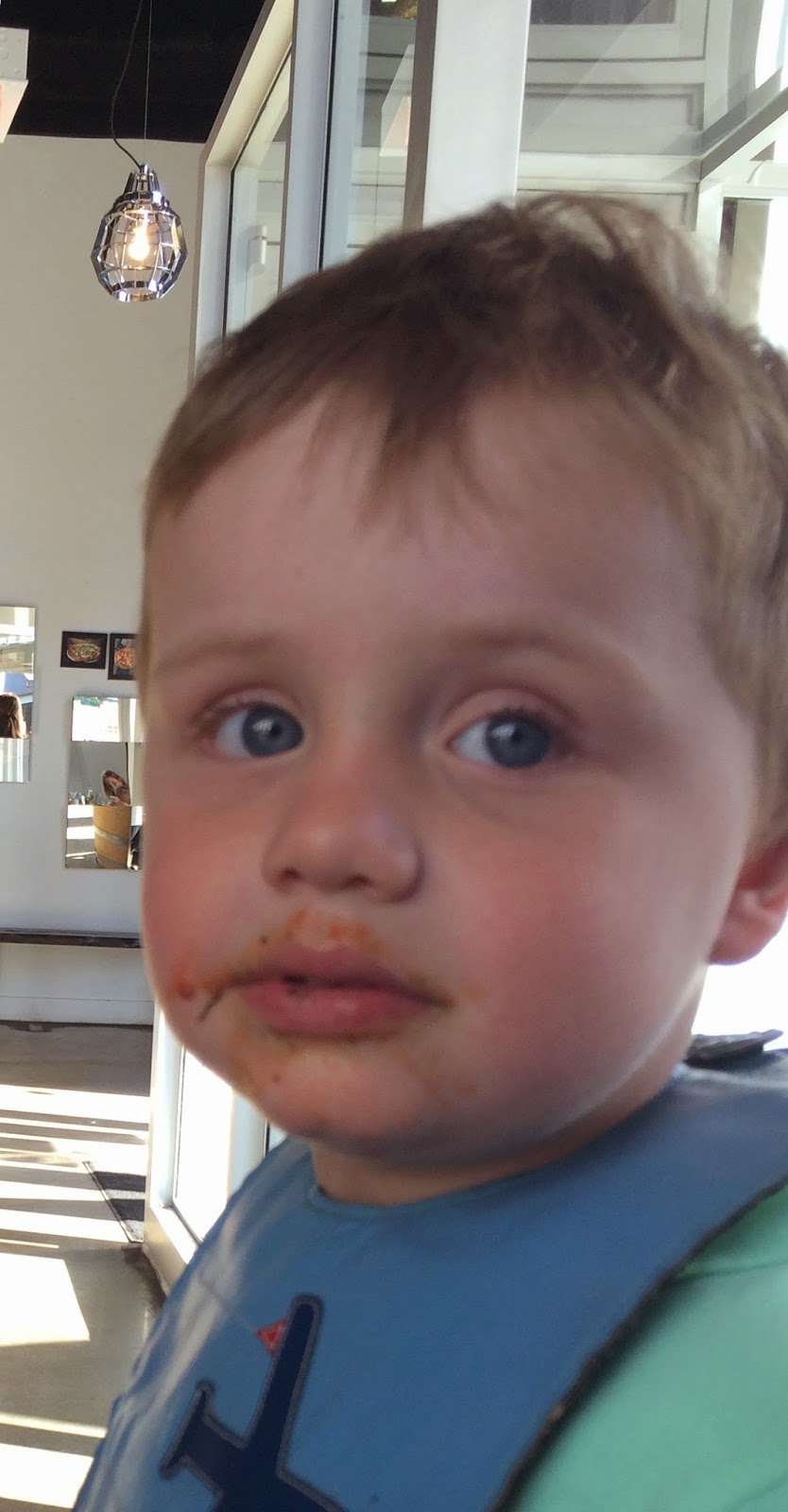 4. Let them pee outside.
I'm not talking about public urination to an obscene degree, but when we're playing in the yard, and I know E should go to the bathroom, I ask if he'd like to pee inside or outside, and like any red blooded male, he says outside.  He's peed, he's dry, he's happy, I'm okay with it.  For anyone who has potty-trained their child, you know you take what you can get.

5. Call my son "buddy" or "bud".
I always thought it was funny to call your own child that since they have a name and you gave it to them so obviously you approve of it, but "buddy" or "bud" just comes out so easily and it has stuck for us.  I also call other people's sons "bud", including strangers, it just fits.  The problem is when I start calling my husband "bud", it's not the same, oops.

6. Sleep in our bed.
This was a big one.  I believed that our room should be our room and not a landing place for the kids and animals of the house.  But when your child moves to their big boy bed, and can leave their room in the middle of the night, when they come to you at 2:00 a.m. and say "up", you pull them into bed and go to sleep.  Is it lazy? A bit, but it isn't every night and I also know that he won't do it forever, and I'll miss him when he stops coming in. Also, it must seem strange to E that we tell him he has to sleep in his room alone, but his mom and dad get to bunk up.

7. Be the people with the loud children on the plane.
E has flown numerous times, starting when he was just over 2 months old, and sometimes he's slept through, sometimes he's cried, sometimes he's yelled and thrown his toys around.  We do our best to keep him entertained, but I am now of the mindset that a loud child is just one of the necessary evils of flying.  Everyone has earphones with them anyway, so plug in and ignore us. I do draw the line at kicking the seat.  If E does that I have no tolerance for it.

8. Use time outs.
We don't really call them time outs, and I don't believe in letting a two year old sit by himself when he's upset, but when E is disobeying us, or is too hyped up about something, we have him sit on the stairs.  We sit with him and talk to him about why he's sitting there, but it is a time out, just not a solo time out.  We also threaten him with "do you want to go sit on the stairs?".  As he gets older, there will be times when he's sent to his room, but right now he doesn't really understand what's going on.

9. Let them take their stuffed animal out in public.
E has a "Cuddly Pal", it is a blue dog/blanket thing. It is pretty disgusting, he chews on it, it's always wet, it smells.  I think it should stay in his room, or at least in the house, rather than to subject the general public to the cesspool of germs that is Cuddly Pal.  However, when it is time to get in the car to go to daycare, and E wants to bring Cuddly Pal, and it means he'll happily crawl into his car seat, then I go with it.  Cuddly Pal stays in E's cubby at school all day, so at least one line has been drawn. 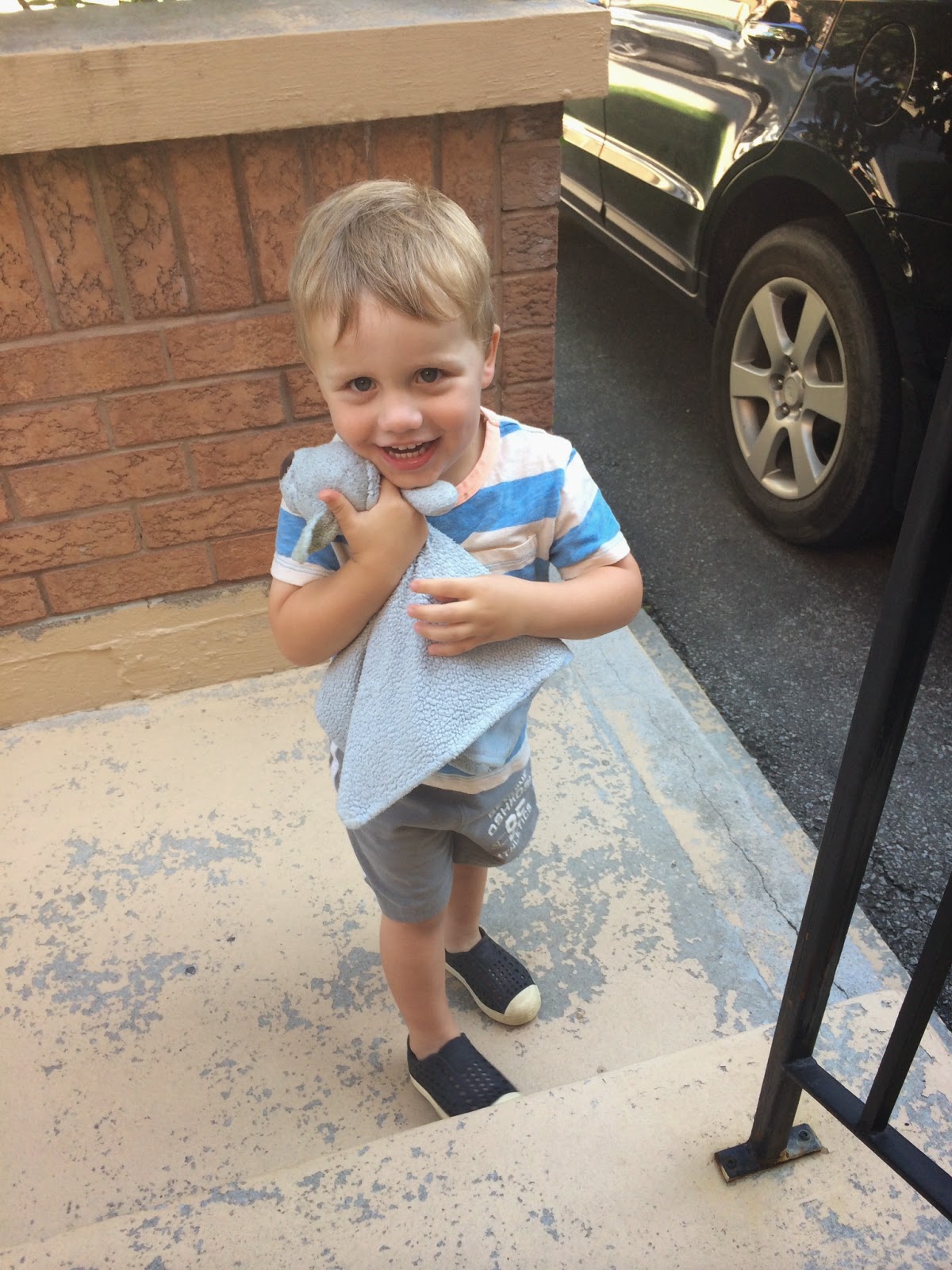 10. Babysit my children with TV.
When I would see little kids watching TV, I won't lie, I judged, I thought "I will spend time with my children and read to them and let them stand at the counter and help me with supper and let them play in the sink, blah blah blah". But when you've worked a full day of work (or even if you haven't), you take any opportunity you can for that 30 minute period when your unblinking, open-mouthed child sits and stares at the TV, fully entertained, quiet, and still.

I'm sure this list will grow as E gets older, and there will be many more "yes mom" moments.  I've stopped saying "I will never...". I'm not ashamed, I'm owning it!

What were some of things that you said you'd never do, as a parent, or otherwise?
Posted by TorontoSAM at 6:00 AM