I have exciting news - there are new Heritage Minutes!!  I was watching The Bachelor this week and the Cartier one came on and I was so excited. There is also a new one about John A. McDonald. 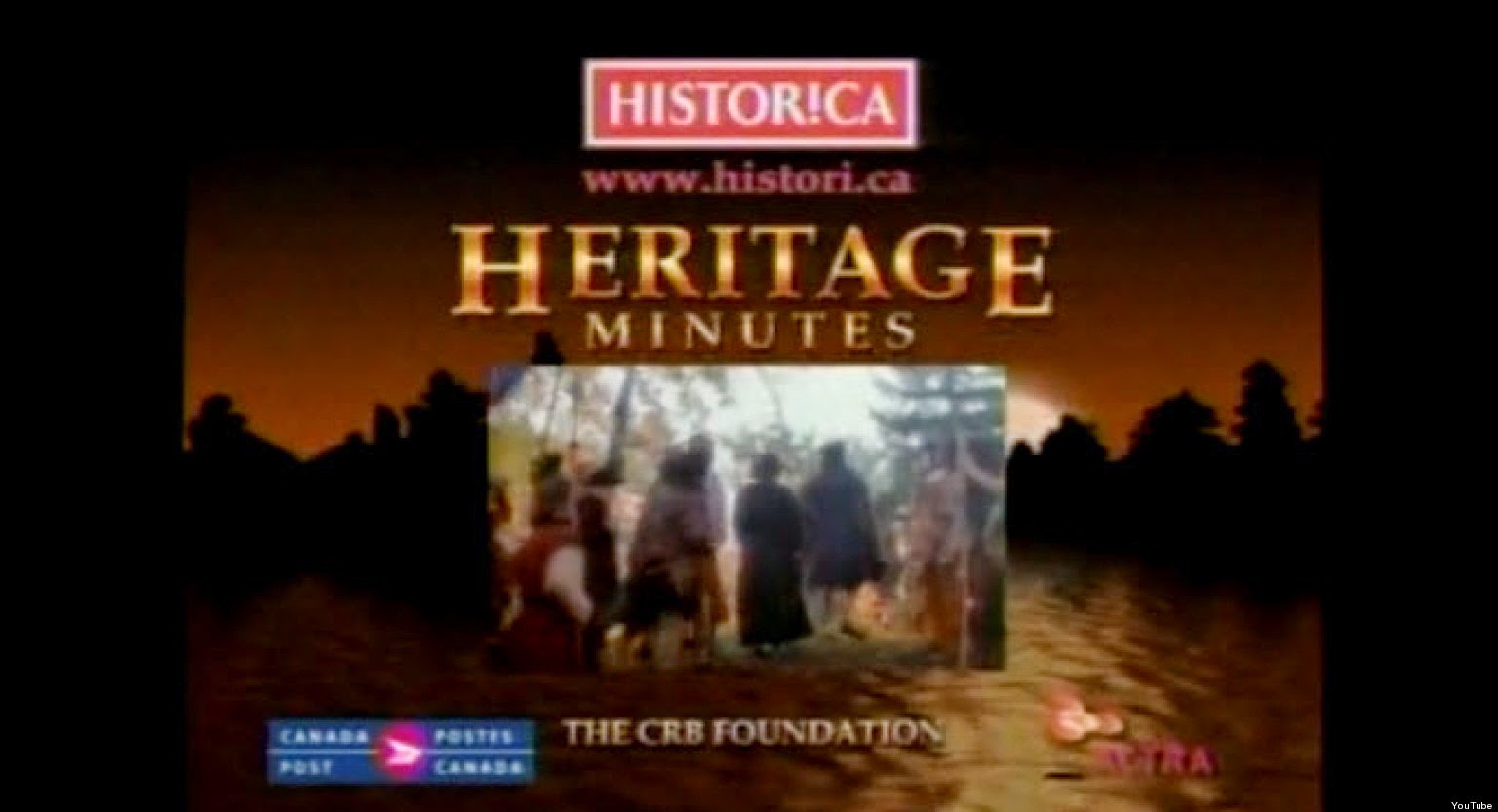 If you grew up in Canada in the 1990s, you have seen most of these Heritage Minutes.  For those of you who do not know, these are little commercials that feature a moment in Canada's history (and no, they aren't all about hockey and socialists, although a few are!).  Here is the wikipedia page with the list of them all.

One of our favourite pastimes in university while sitting in the cafeteria was naming and quoting, and perhaps acting out, our favourite heritage minutes.

It is hard to rank these, but I am giving you my top 10 (these quotes are from memory, they may not be exact quotes):

1. Valour Road - A series of heroic soldiers who all happened to live on the same street back home. Quote: "And that's why they changed the name of Pine Street to Valour Road."

2. Bluenose - The famed fishing schooner turned racing schooner.  Quote: "Once more old girl, and then you can rest."

3. Irish Orphans - Molly, Patrick, and Kaitlin were just some of the kids that were allowed to keep their Irish names rather than being rechristened when they came to Canada. Quote: "We have to keep our Irish names.  Ma mere me la dit, juste avant de son mort."

4. Winnie-the-Pooh - An actual bear from Winnipeg travelled overseas during World War I with a company of soldiers and then ended up in a zoo in London where A.A. Milne saw him and wrote his stories. Quote: "Why Pooh son?" "I don't know, just Winnie The Pooh."

5. Basketball - The invention of basketball by Canadian James Naismith. Quote: "But I need those baskets back."

6. Rural Teacher- A teacher (on Prince Edward Island, I believe) trying to introduce new ways of teaching in the school. Quote: "Why don't you just read it, then?" "Both of you know, I cannot read a word (and then his hand makes a fist and it turns into the painting)."

7. Halifax Explosion - This could be my very favourite.  The scene of the ship on fire in the harbour, followed by utter disregard by the teacher, and panic by Vince Coleman, dispatcher. Quote: "A train's coming into Pier 6, I've got to stop it."

8. Superman -  Joe Shuster getting on a train to Toronto to visit his cousin. Quote: "It will never fly Joe." "Fly no, but he can leap over tall buildings."

9. Inukshuk - I think this heritage minute is singularly responsible for all of the inukshuks you see on the side of the road (in Southern Canada, at least). Quote: "Now the people will know we were here."

10. Canada's Name - Thanks to Jacques Cartier misunderstanding the native language, our country's name comes for a native word that means "village." Quote: "I think he means the village, the houses down there."  "No, it means nation and Ka-Na-Da is its name."

Honestly there are so many, just go to the webpage and watch them.  You're welcome.