A few weeks ago, I posted about wines for the patio.  This week I wanted to tell you about some of my favourite micro-breweries.  This is more of an informational post rather than a recommendation post because these beers are not widely available so unless you are local to where they are, then you won't have much luck finding them. 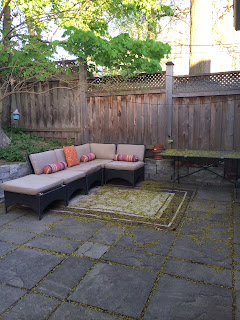 Our backyard, don't mind the yellow buds from the maple tree 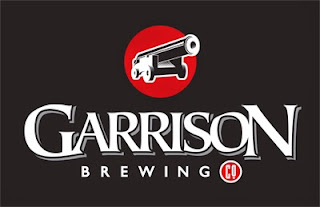 This was my first real exposure to a micro brewery. Garrison started in a tiny building in the north end of Halifax and during my university years a popular thing to do was to go to Garrison for a brewery tour.  There was a tour, but basically you would just go to drink unlimited beer for a couple of hours.  They grew in popularity and eventually moved to a larger building downtown. One year we planned a New Year's Eve Party there.  Friends of ours had their wedding reception there.  It is a constant in the Halifax scene.  I have very happy memories enjoying the Raspberry Wheat Ale. 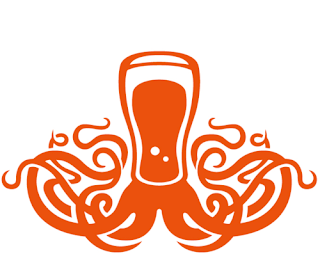 This brewery is located in my home town of Shelburne, Nova Scotia.  Their brews are available at the liquor store in NS (I believe), at the Halifax Farmer's Market, and at pubs and restaurants throughout the province.  The people that started this business have done a great job of marketing their product and making great tasting beers.  It is one of the highlights of my hometown now for sure. 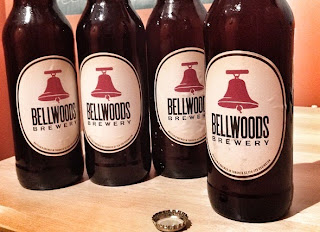 One time when E was little, the three of us went for a walk from the Queen St. W. streetcar, up Ossington, to College.  We just were out to explore and eventually meet up with friends.  Dave and I stumbled across this little place.  It was a brewery but they also sold little snacks, and they had a BBQ going too.  It was super casual and we thought it was great.  I have been back to their bottle shop many times to get beer to take home and to give for gifts.  Check it out if you are in Toronto, you will not be disappointed.

This is a shout out to Prince Edward Island's newest brewery, and they haven't even opened yet! One of the brewers is married to a friend of mine from university.  I am following them on Facebook and Twitter and I am really enjoying seeing them get set up. I wish them every success.  Hope they will be ready when I get to PEI in June!!

Any other obscure micro or craft brews I should be aware of?  In order to be a true hipster, you've got to get in on these trends before "everyone else" figures them out!