Last year I participated in the Thrive Moms Sweet Swap.  I created a little box of sweet things and mailed it off to another participant in Nothern Ontario.  Then I received a lovely box from someone in Toronto.  It was a way to connect with another mom and send some prayers her way.  I was so excited to receive my package; it was something special just for me.

This year they did not offer the same project, but I found something better.  The Shoebox Project collects boxes of gifts for residents of women's shelters. There are drop off places around the city (and country for that matter) and it is a simple thing to do to bring some joy into someone's holiday season.

The website gives you some ideas of what is appropriate to include in the box and what should be left out.  It is suggested you spend no less than $50 but not much more so that everyone receives roughly the same gift.

I just went to Shoppers and picked up some things on the list that I would also enjoy, and also included a gift card to Shoppers.  I bought a patterned box from Dollarama, and done.  I struggled to get as much in as I could (and actually I had to leave out a brush I bought), but I made it work. 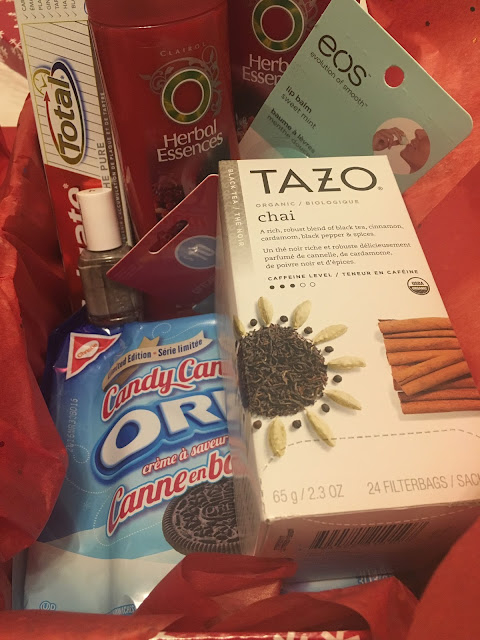 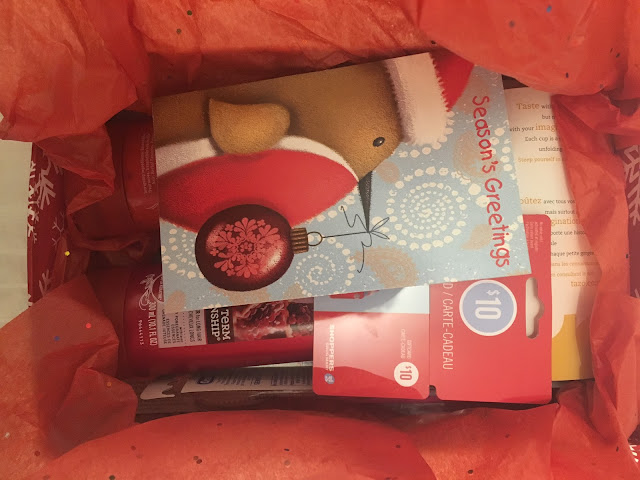 A little note with a handwritten holiday message. 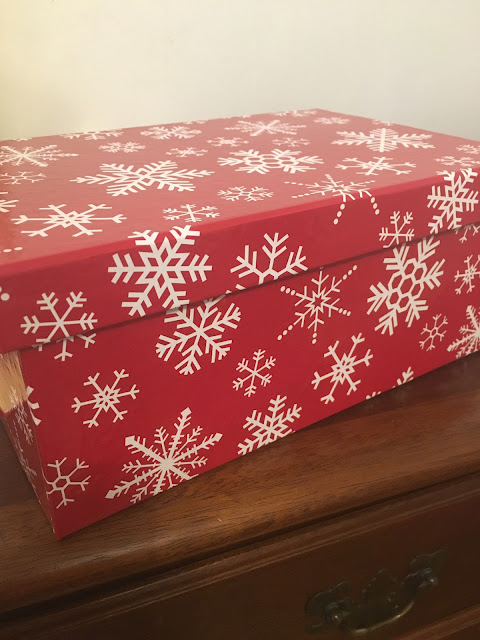 Ready to be delivered.

This took me very little time to put together, and it brings me just as much joy as it my Thrive Mom box last year. If you have a drop off centre near you, I encourage you to put together your own box for a woman who needs some cheer this season.  All of the boxes stay in the neighbourhood/community where they are dropped off so you know you're helping someone close to home.

And if you're in Toronto, you can go down to the Sunday Raptors game and drop off your box to some of the wives of the Raptors where they are collecting them.  We aren't going to the game, so I'm just going to leave it at a local store.  Details available on the website.