We had a great weekend celebrating Halloween and enjoying some warmer than normal temperatures.  On Friday night after work, E and I went to the grocery store to pick up some candy.  Then after supper we set to work on carving our pumpkins.  I don't have much of an imagination on my own when it comes to carving pumpkins (I can usually only think of triangle eyes and nose, and toothy grin), so for the past couple of years I have found a design online and used a stencil.  This year I found a Frankenstein and a skeleton hand. 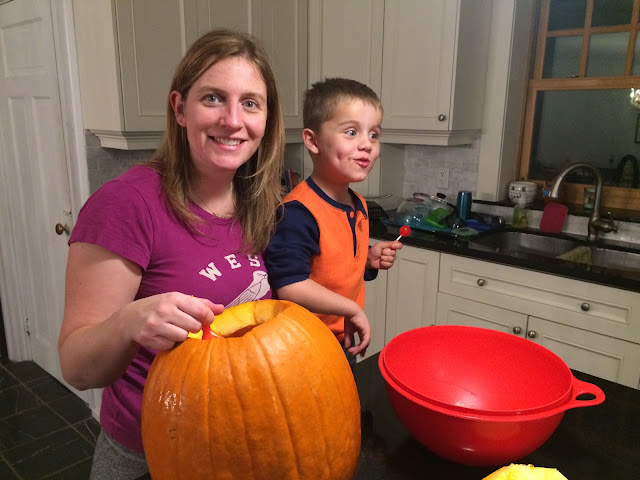 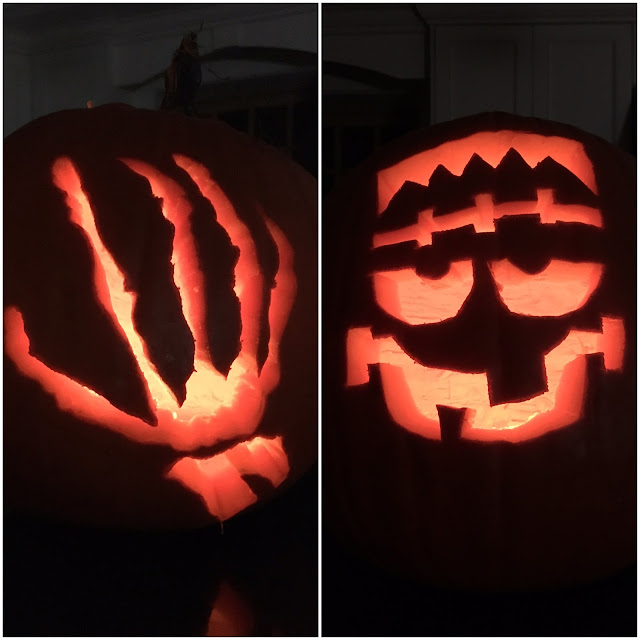 On Saturday morning we did some stuff around the house (I put away our sandals and brought down the winter boots and some coats); Dave started to prepare the basement for being gutted, which is happening later this week.  Then I took most of my suits to the dry cleaners, and some boots and shoes to the cobbler.  E had Sportball and we had thought it was "Bring your Parent Day" but it wasn't so Dave walked up to meet me for an impromptu brunch. 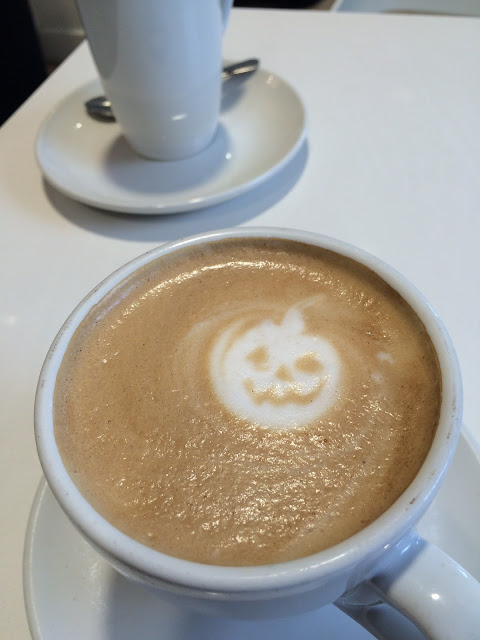 How cute is this? 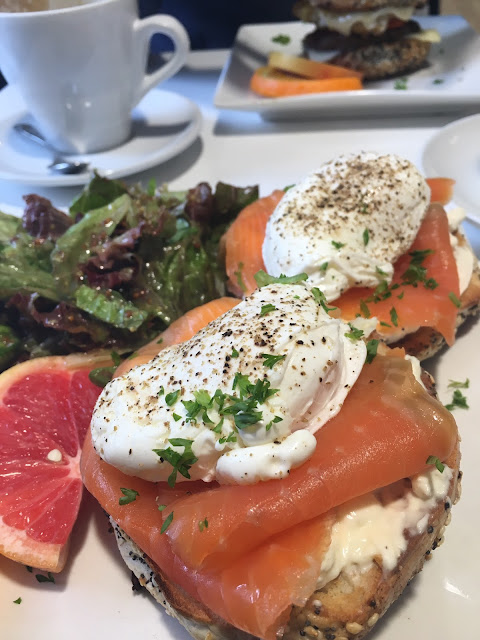 All of my favourite things - bagel, cream cheese, smoked salmon and poached eggs.

Then we picked up E and drove to Oakville for a birthday party.  It was held at an indoor playground so I didn't get many photos of E since he was on the move for most of the party.  I did get this one of him waiting for the cake. 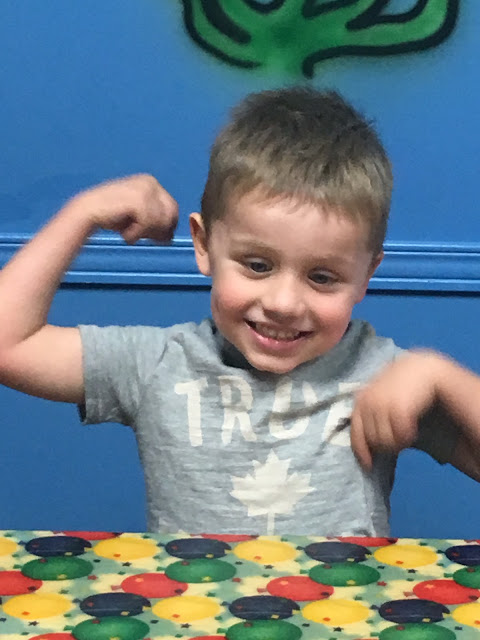 As if Sportball and a birthday party wasn't enough excitement, then we had to come home to get ready for Halloween.  I made Baked Chicken Tacos for supper.  Then we got Rubble ready for trick or treating.  It was actually quite warm out for a late October night, so E was fine in just his fleece. 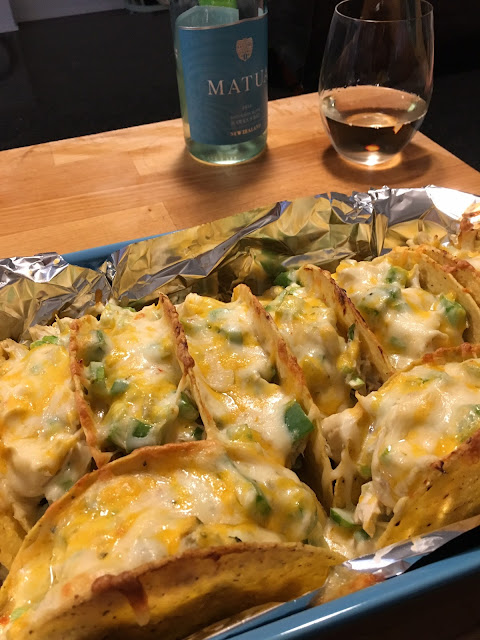 Dave took E around and met up with some friends. I stayed home to give out the treats (and drink wine and read my book).  We had 50 kids this year which is more than last year.  E was still pretty excited when he got home, but we watched a bit of Harry Potter and then he pretty much went right to bed. 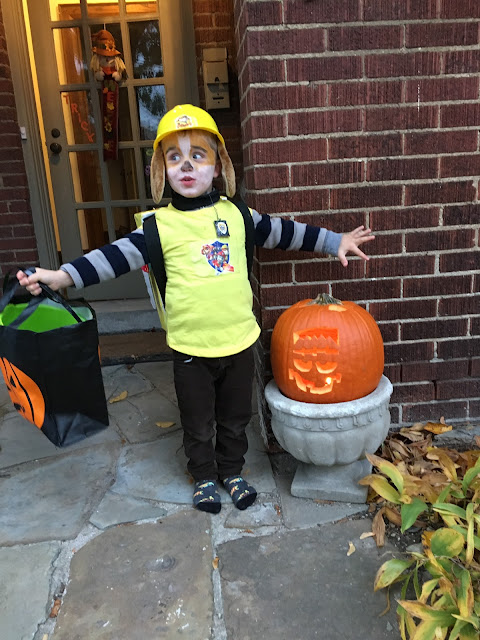 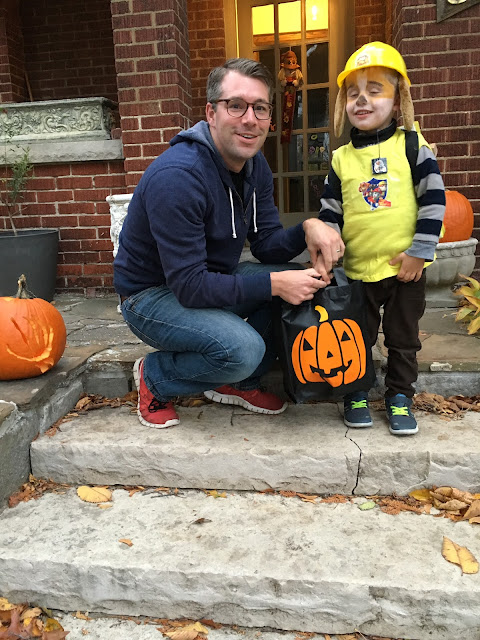 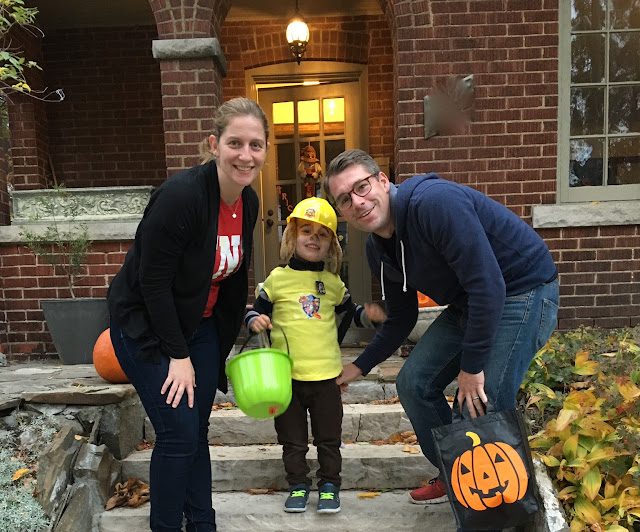 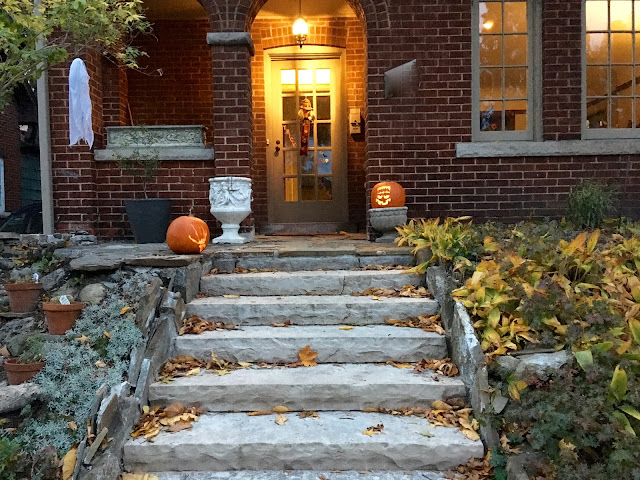 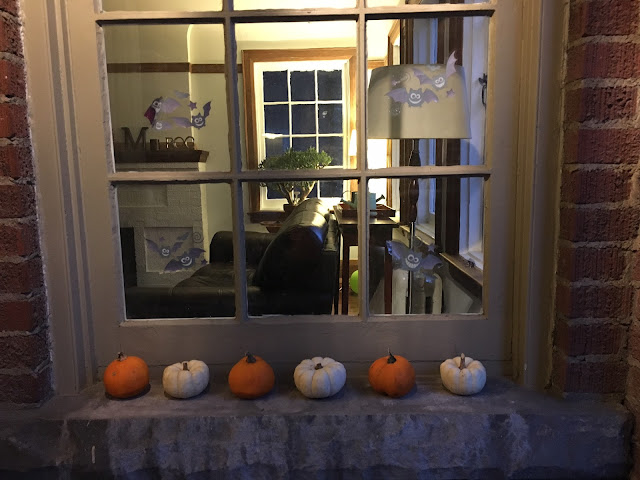 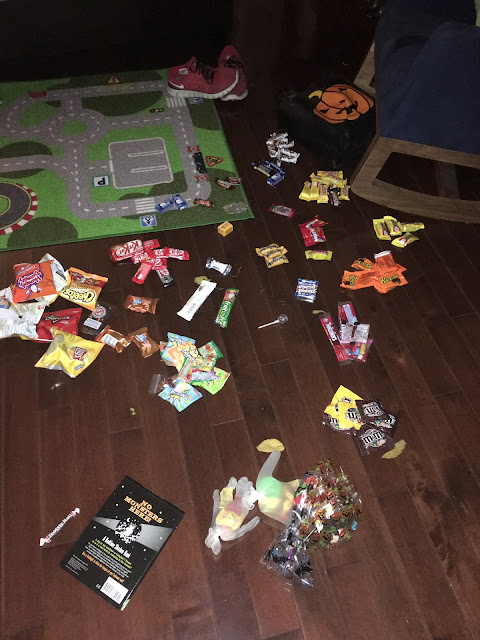 I sorted the candy.

Sunday was a lovely day.  Dave went for a run and snapped the photo below on the trail that runs along the Humber River.  You'd never know you were in the middle of the city. 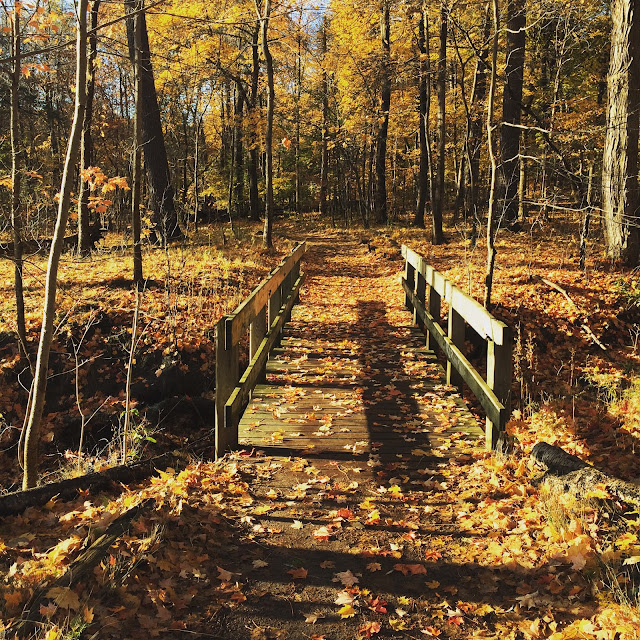 While he was running, E and I were planning our suppers for the week.  I told him to pick something from this cookbook but unfortunately he only picked things that go in the slow cooker.  Since my slow cooker is broken I couldn't take his selections. 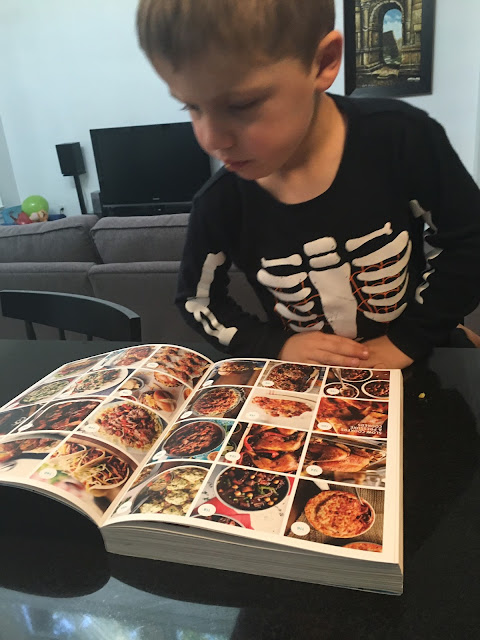 After church and lunch, we went to the park, and then I got my nails done. 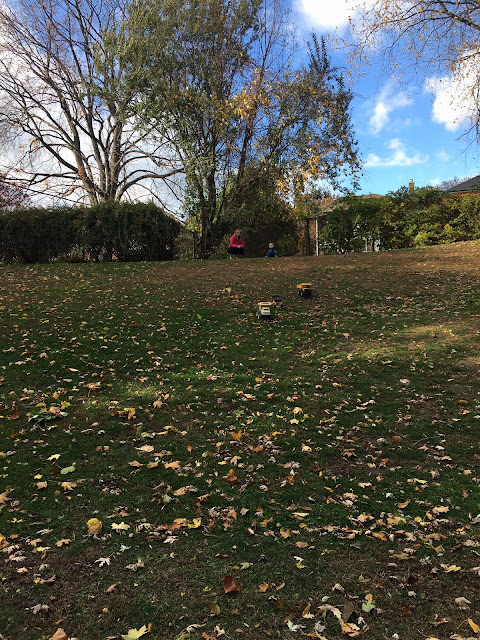 Truck race down the hill 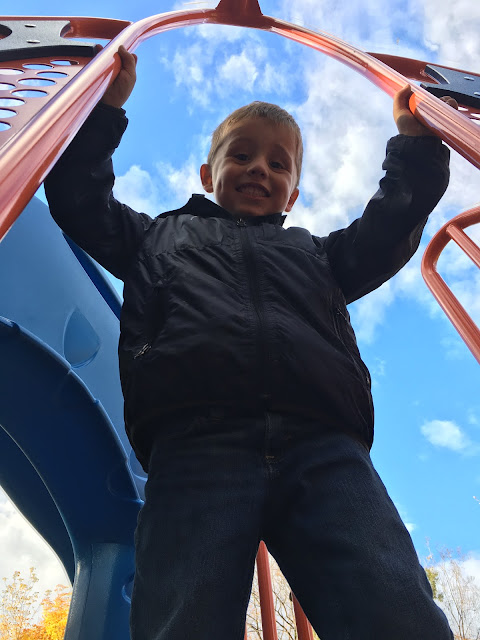 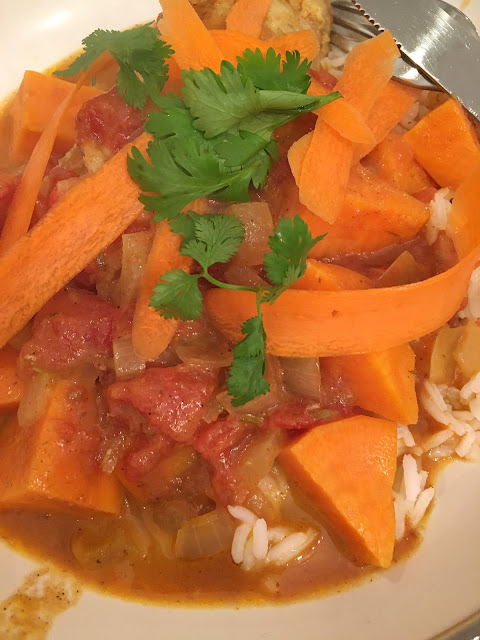 This was actually a slow cooker recipe but I modified it to our oven.  It was very tasty, and better still, enough leftovers for my lunch tomorrow.

Sunday evening was spent watching the Raptors and the Packers.  We also worked on our photo wall in our dining room.  Bring on November!