It won't sound like an easy going weekend, but it really was.  I forgot to take a lot of pictures though.


On Friday evening after work Dave and I drove to Sarnia to pick up E.  He had been at his grandparents' all week.  Dave's sister and her dog were also there which added to the excited for him. After we arrived, along with Dave's cousin and her boyfriend, we just sat around and chatted.

The next morning we got up to go for a sail.  It was a hot but a beautiful day.  This is leaving the yacht club before the sails went up. 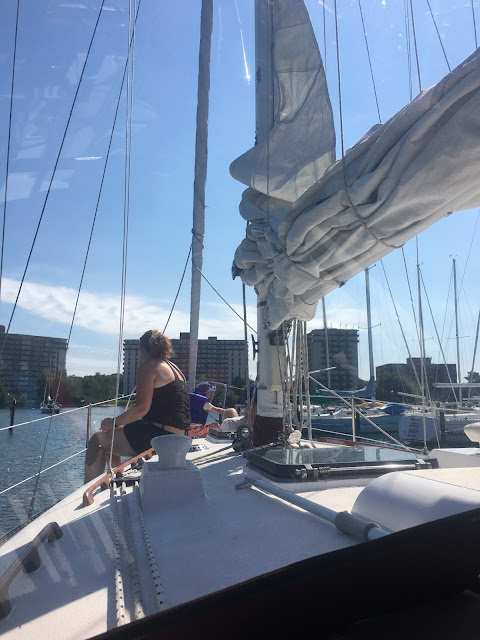 After that we went home, had some lunch and then went to a nearby beach.  The water was so warm and the beach had some shade so it was a lovely way to spend the afternoon. 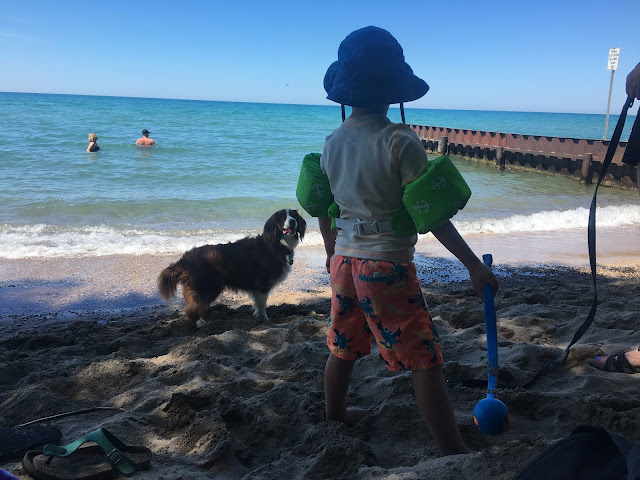 We had some sausages and homemade ice cream sandwiches, inspired by this post.  I put E to bed and everyone else played Yardze, which is Yachtze with big wooden blocks for the dice. 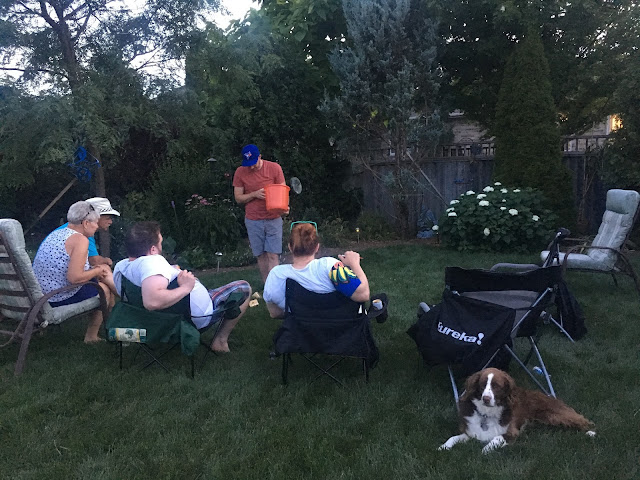 On Sunday morning we got up early to drive back to Toronto.  Dave and E were going to the Blue Jays game with friends and I had a massage appointment at the Four Seasons Spa.  It was so nice there (and I walked by Novak Djokovic, the tennis player, in the lobby.  I wished him luck this week at the Rogers Cup but he did not smile or respond).  I did a little shopping too and got some lunch at Pusateri's (when in Yorkville...).

I took this picture from the roof. 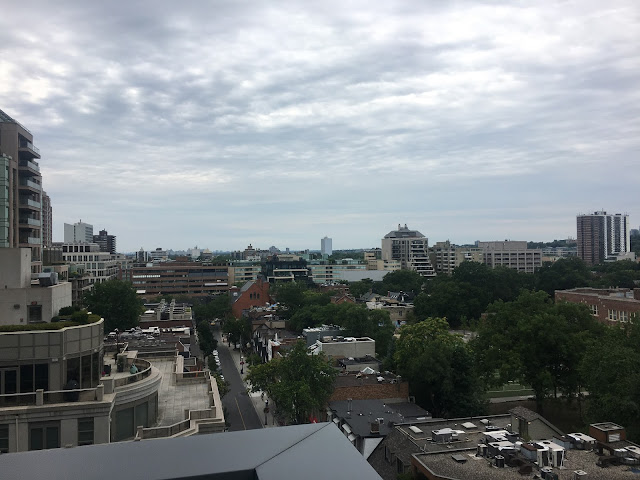 The Blue Jays game was great fun too.  It is always nice when E has a buddy to hang out with. 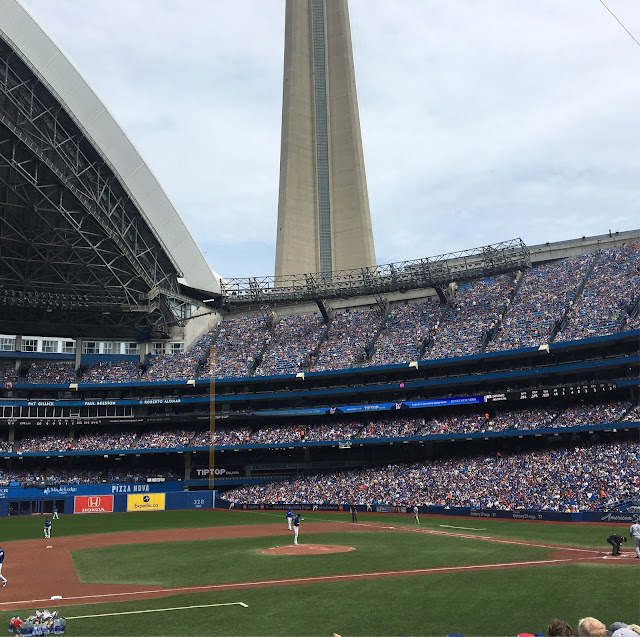 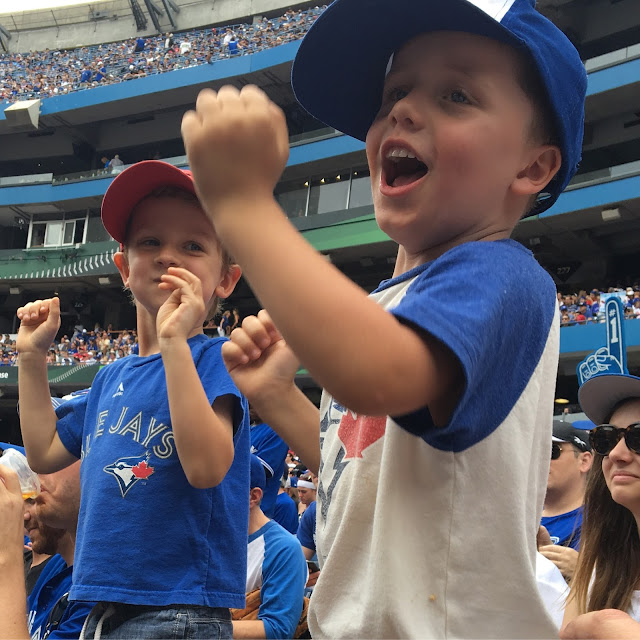 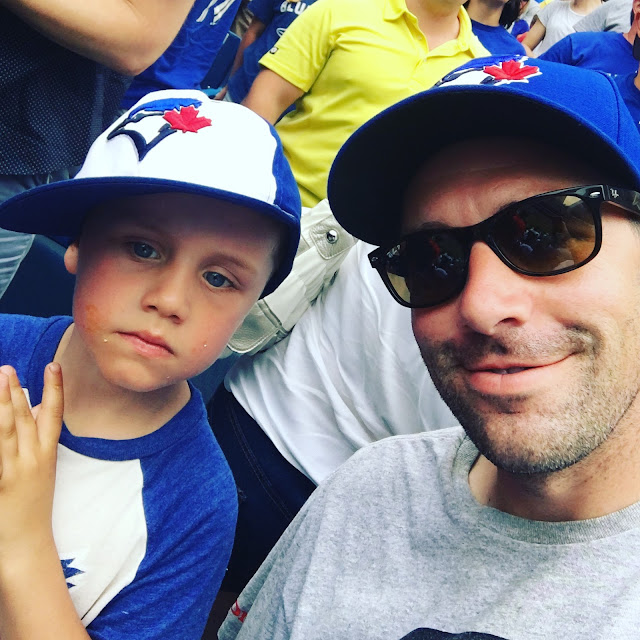 Our evening was relaxing too, we watched the rest of the Canadian Open (golf), Dave went for a run, and then we watched some TV.