As much as I love the summer months, I also love September and getting back into a routine.  We enjoyed the Ukrainian Festival in Bloor West Village this weekend.  On Friday we went to Baka for supper.  There was a rock climbing wall set up on the street and that provided our entertainment throughout our meal. 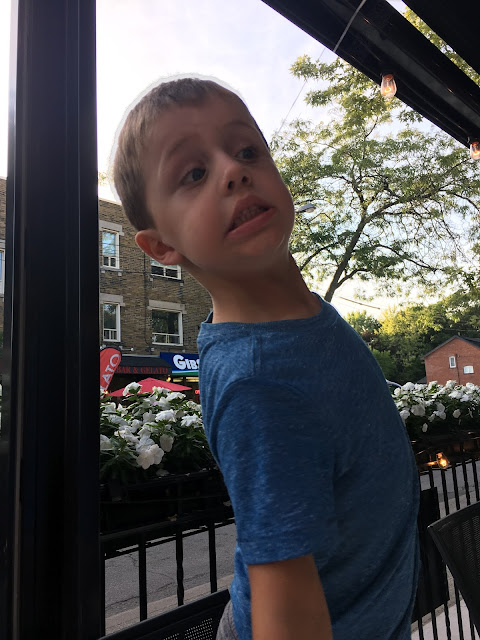 We love our neighbourhood where we run into people we know.  E found a friend from school and they went on a few rides together. 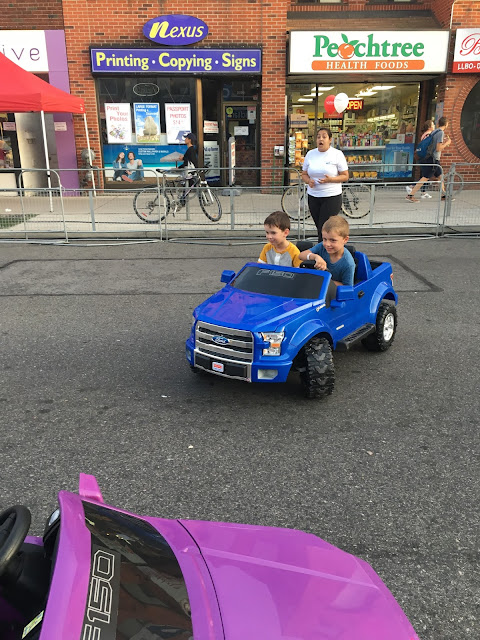 We stopped to watch some of the dancers on our way home, and enjoyed our Tiny Tom donuts:) 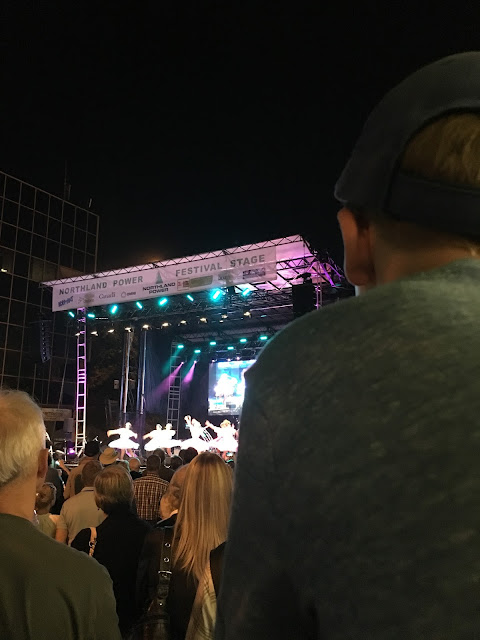 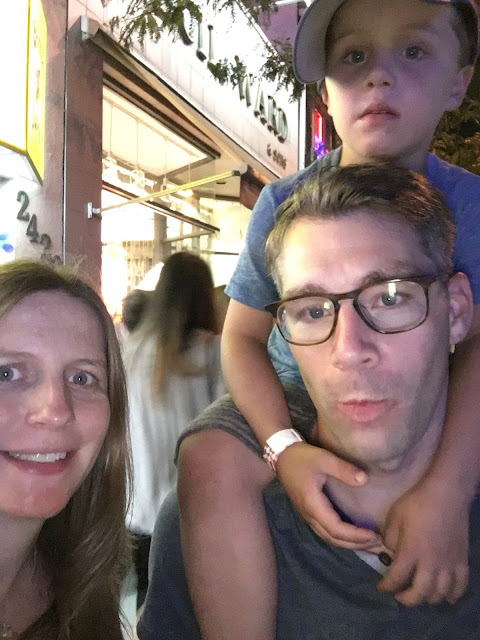 On Saturday morning, E and I went to the parade while Dave laid the laminate in the basement office. 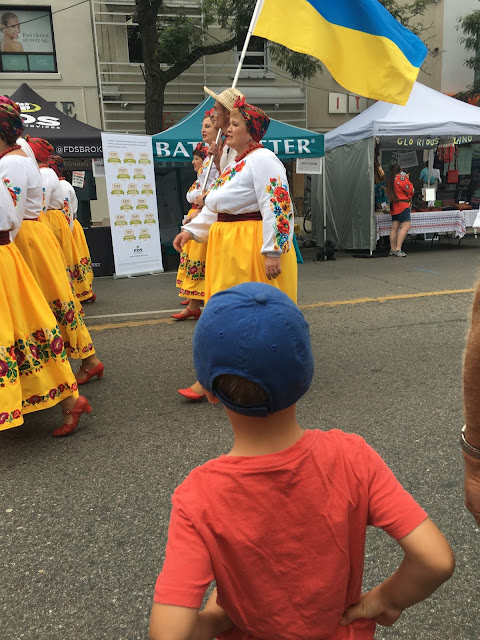 It started to rain so we popped into The One That Got Away for some fish and chips (and fish tacos for me).  E is repping the NDP since his favourite colour is orange (at least he doesn't like blue the best!). 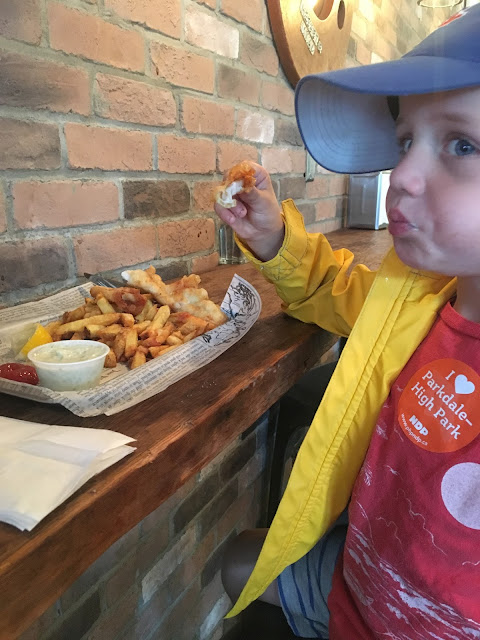 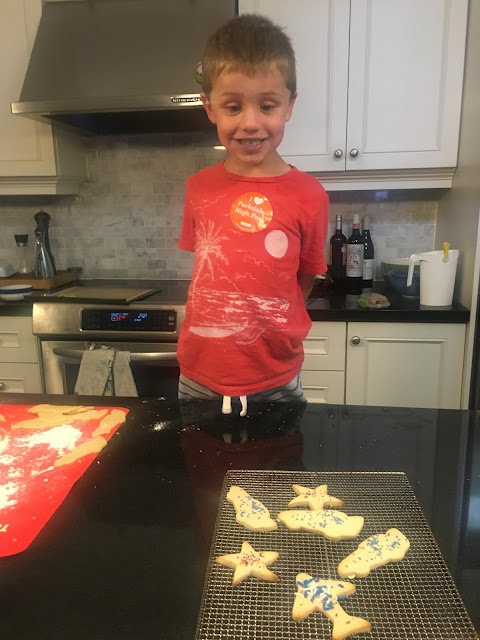 We decorated with some sprinkles and some edible markers. 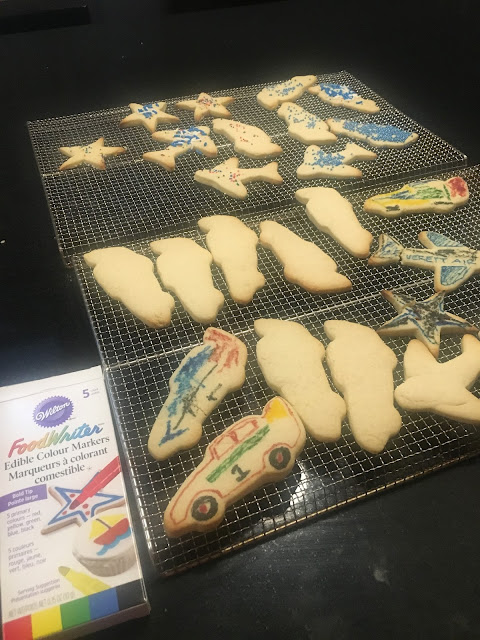 That night we ordered UberEats from a new burger place near our house, Woody's Burgers. They were very tasty and we love ordering from UberEats, it is so convenient.  Then Dave and I watched Where to Invade Next, the newest movie from Michael Moore.  It was really good, but not an opportunity for Canadians to get a big head about being better than the United States.  They European values that are highlighted in the movie are still missing from what we do here.
﻿
On Sunday E and I went to church and enjoyed the BBQ afterwards. ﻿ 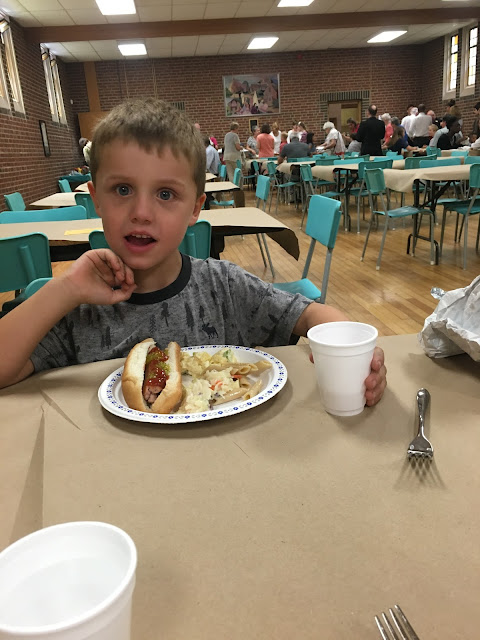 We went back up the street to see what was going on with the festival but it was too busy for E to go on any more rides, so we did our errands then went home.  On our way back, one of the kids on our street was selling lemonade so E went down to get some.  He then realized that one of his friends from school is also his neighbour (we already knew this) but he was excited and stayed there for a bit to play.  They have a trampoline in their yard so that was extra fun!
I put some stuff away in teh baby's room so I could take some pictures, that post was yesterday.  After supper I watched the Emmys.  ﻿