We made our annual visit to Sherway Gardens to visit Santa last week.  The mall was decked out with lots of twinkle lights and the Santa Experience was no exception.   We enjoyed our tradition of McDonalds for supper, and we finished off our night with an ice cream cone, which I think should definitely become part of our tradition. 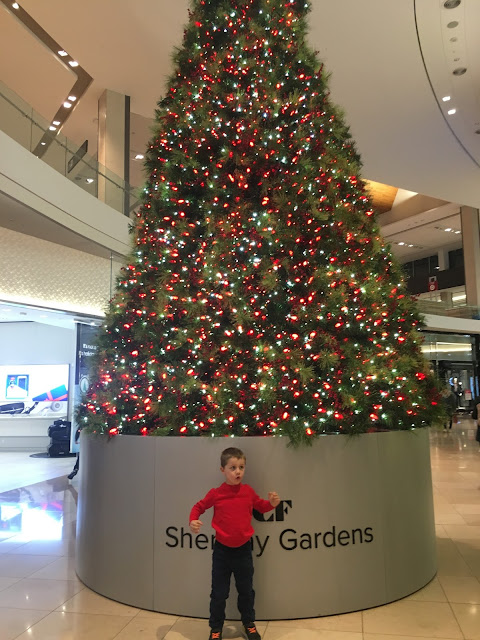 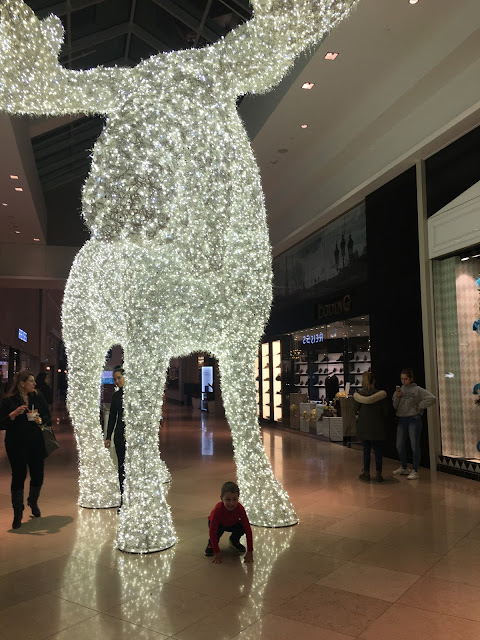 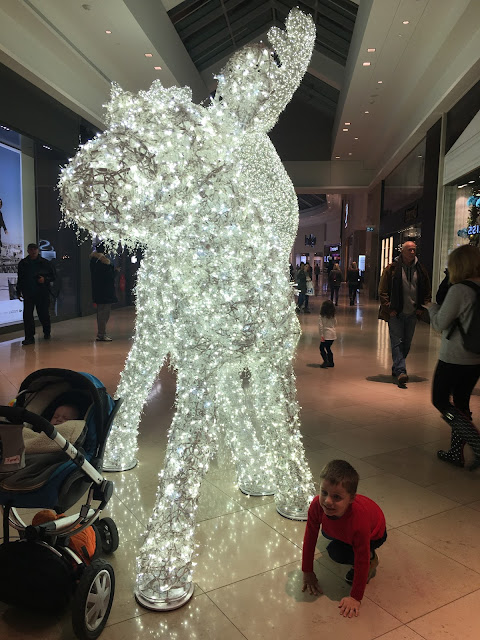 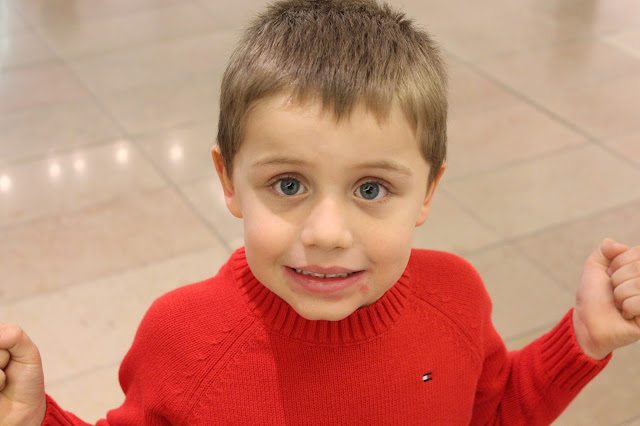 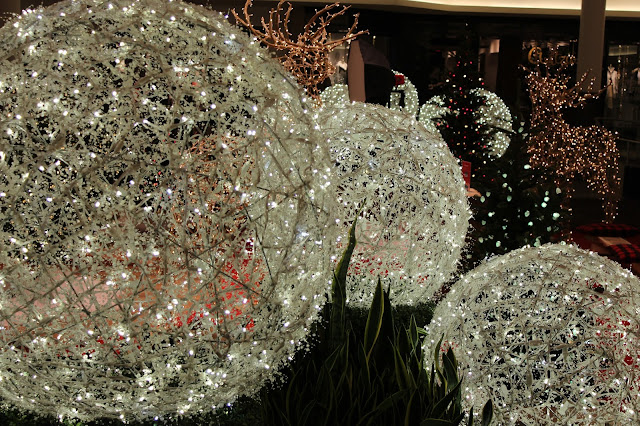 There were a few changes to the Santa Experience, some better than others.  First of all, Santa was different, I missed the old one.  He did have a real beard, which is important.  We were let into the Santa area and were given a number for when it was time to get photos taken, which was good since it was always a bit chaotic to line up when it was time for the photos.

Santa read the kids a story, with a little less enthusiasm than in years past.  It was the last session of the day so he must have been tired.  There were no games or songs this year, instead the kids could play with the lights and were given some crayons and a colouring book to keep them entertained until it was time to get photos taken. 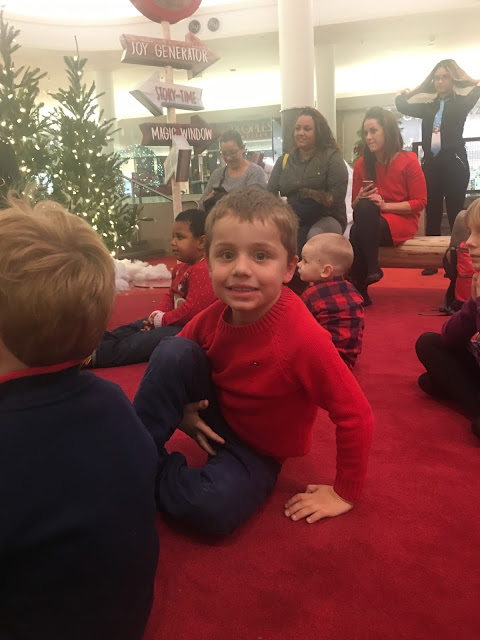 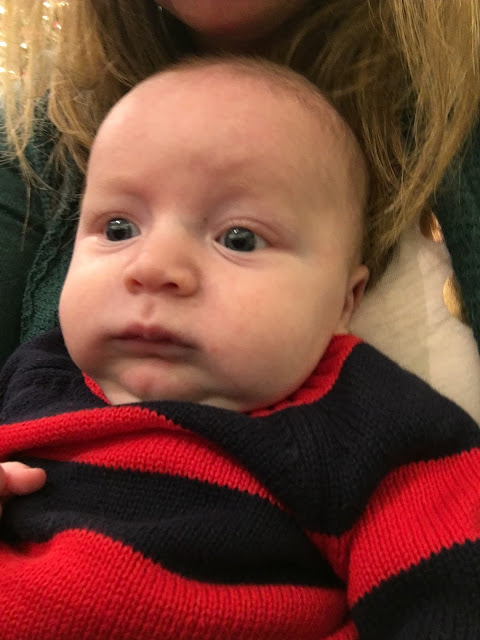 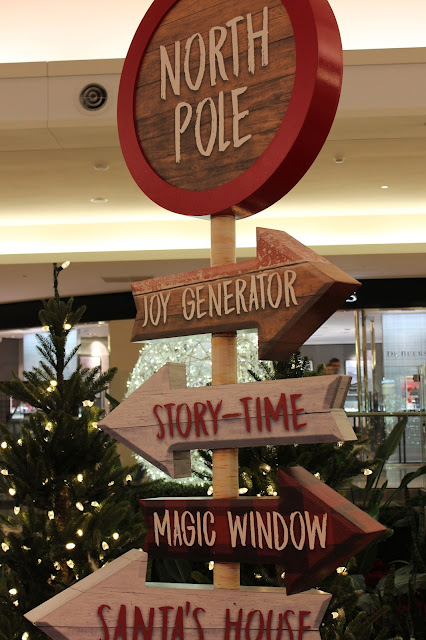 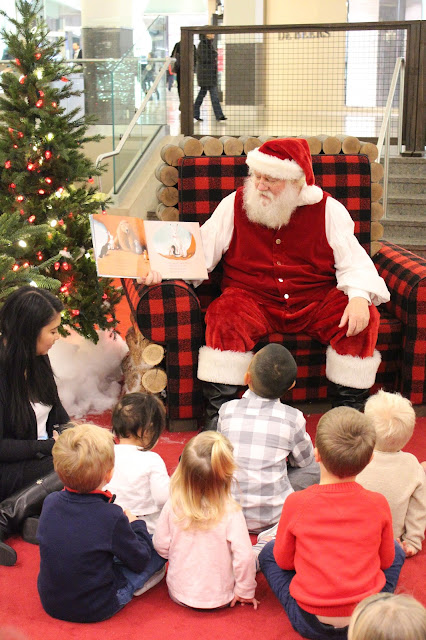 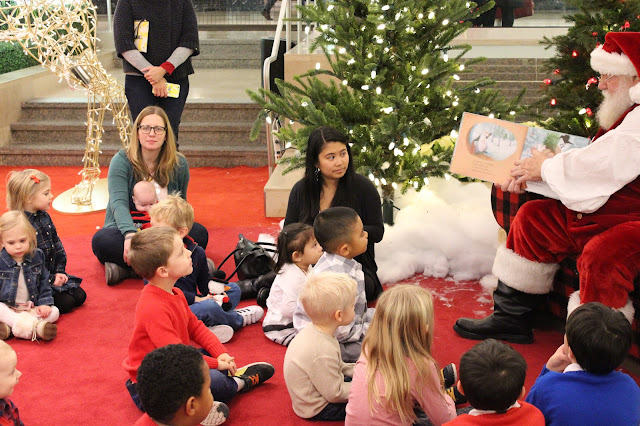 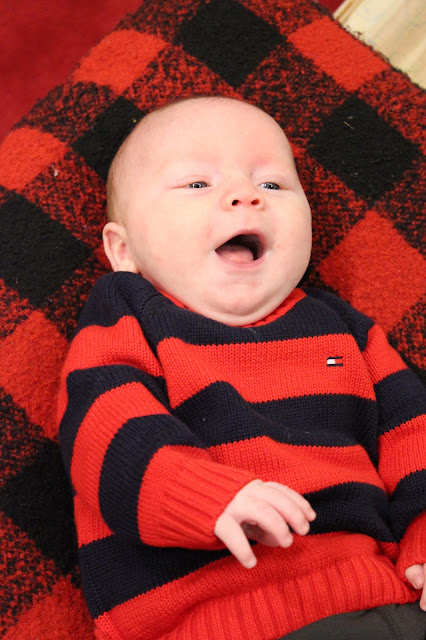 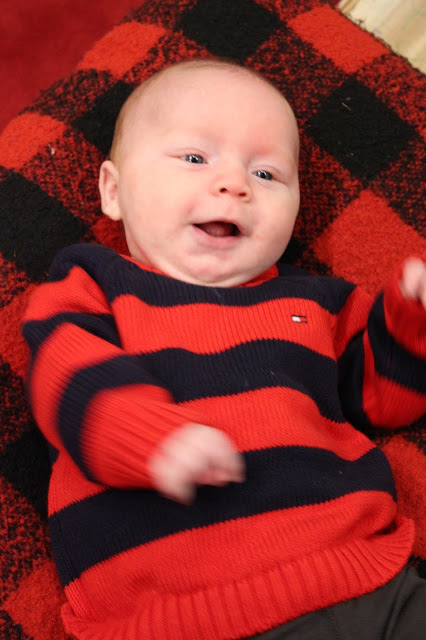 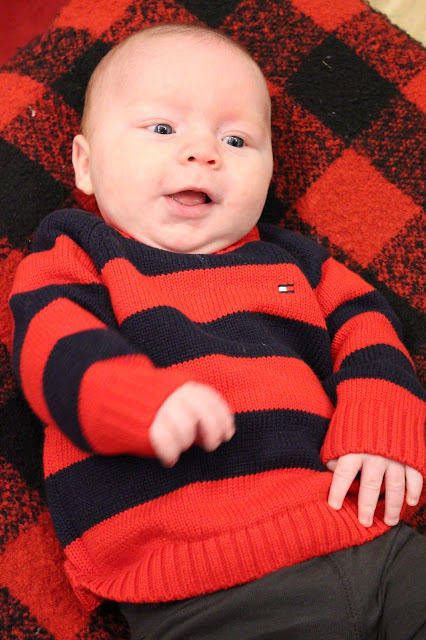 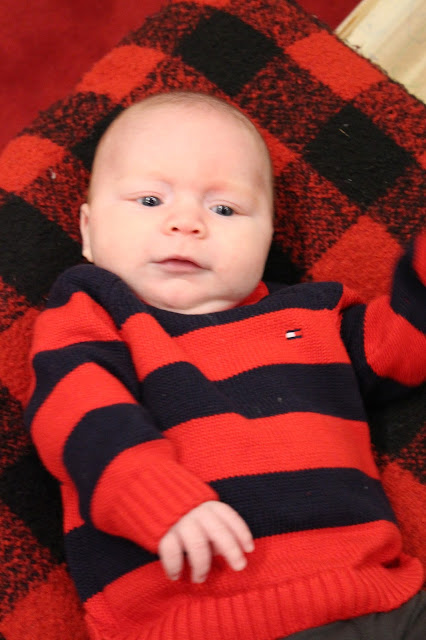 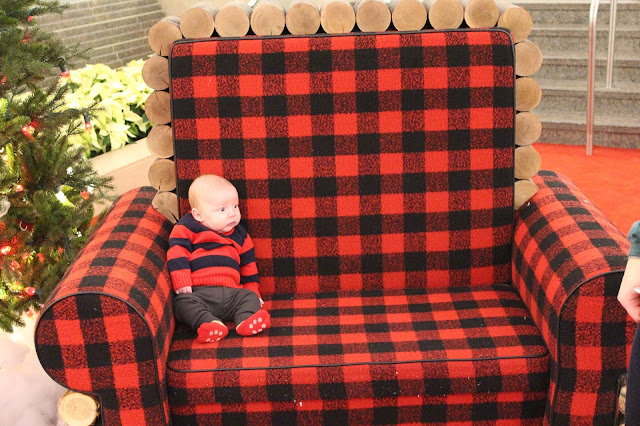 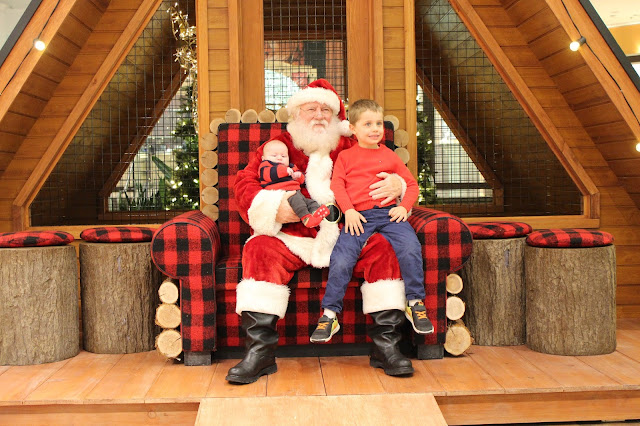 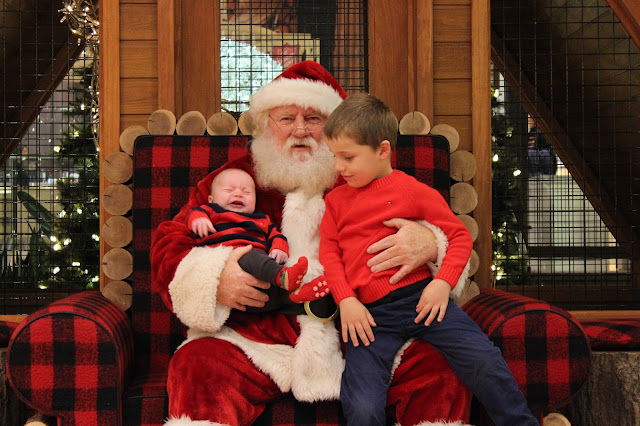 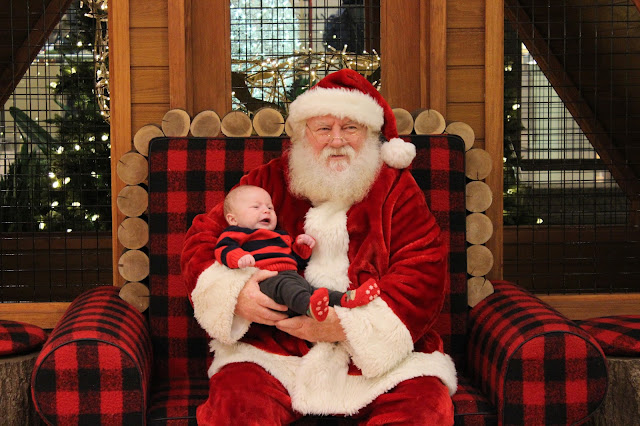 Telling Santa what he wants.  Good thing Dave was listening since E came up with a new thing that we hadn't heard before. 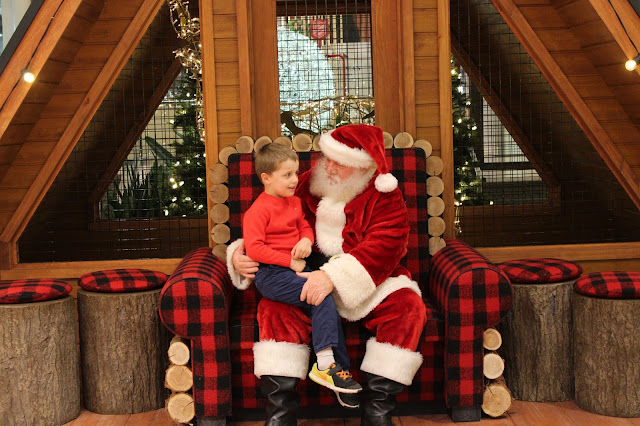 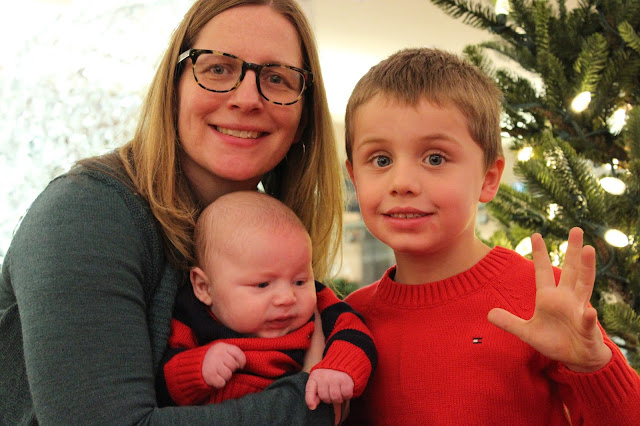 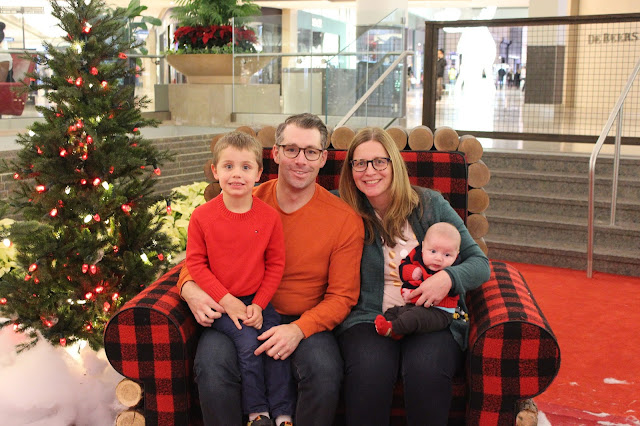 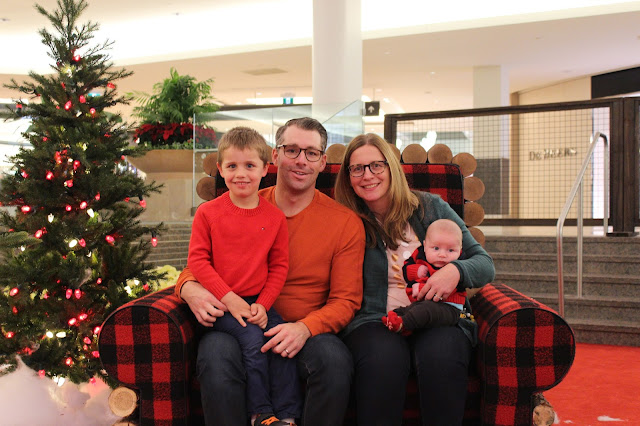 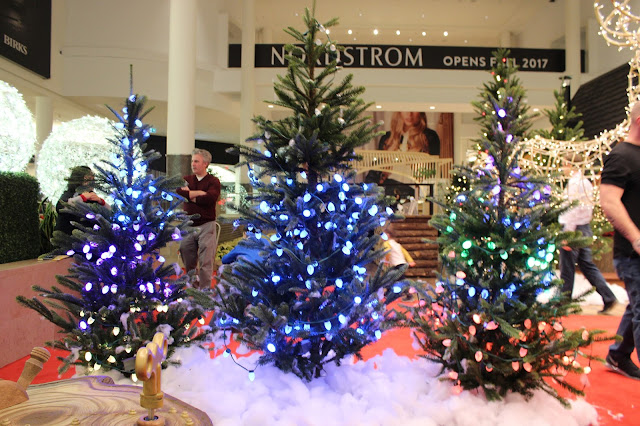 After Santa, we walked around the rest of the mall to see the other holiday displays. 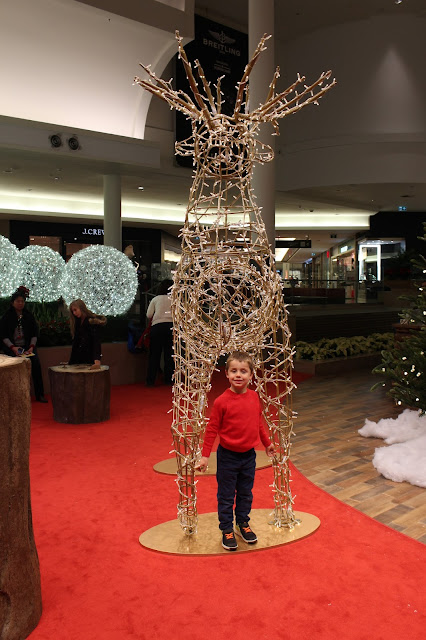 Checking the map for the next thing 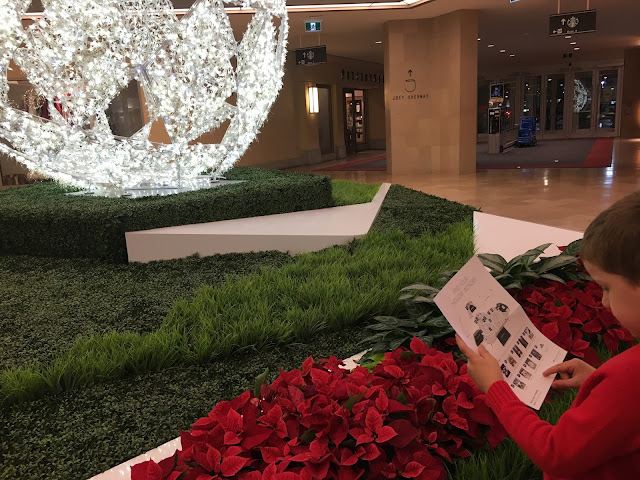 The next day we followed up on the Santa visit with a letter.  It was a joint effort. 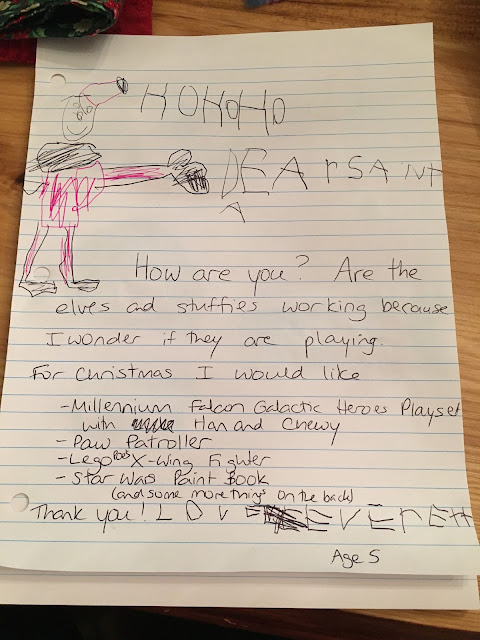 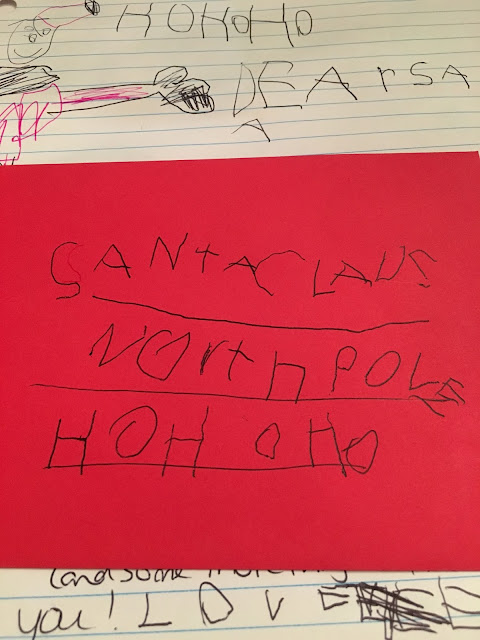