On Friday morning, Q and I got out of the house early so we could apply for our passports.  We got to the passport office right before it opened but there was already a long line.  They are very efficient though and we didn't have to wait long.   I did some wrapping and I a bit of decorating around the house when we got home, and in the afternoon we went to do some errands and got a Starbucks :) 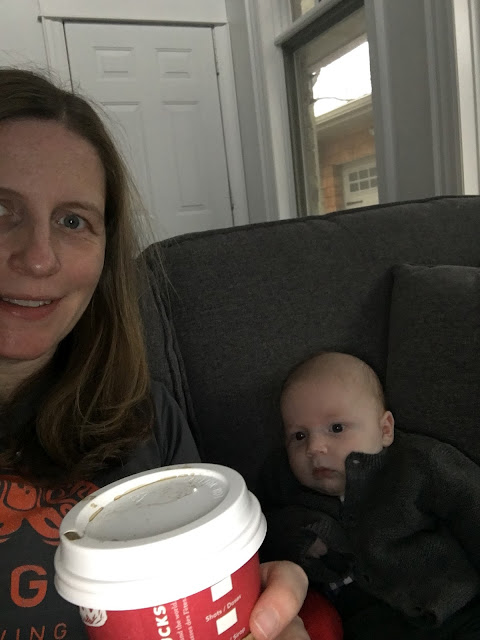 I made poutine and wings for supper.  I tried a recipe for salt and pepper wings that was alright, but also a honey garlic one that was amazing.  I would make it again.  We had leftover turkey gravy in the freezer from Thanksgiving so I used it for the poutine.  This is Dave's meal. 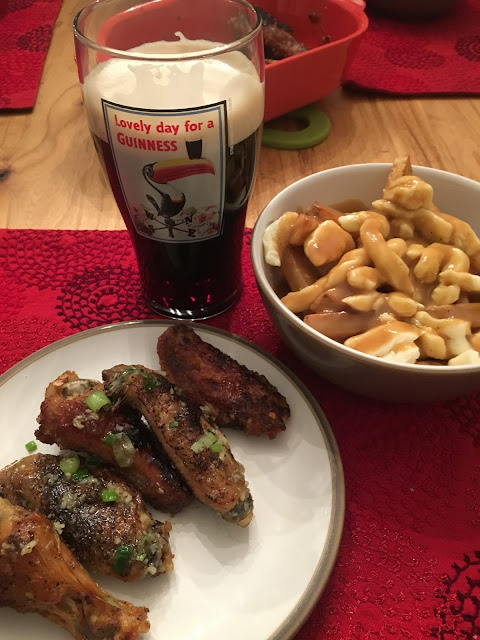 E wanted a picture of his meal too and snuck his head in for a smile. 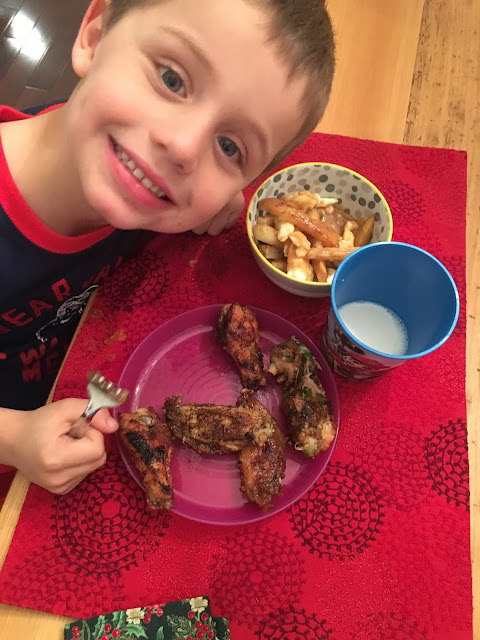 On Saturday morning, I got up early for the semi-annual task of signing up for Toronto Recreation programs.  I got the swimming and skating lessons we wanted and the enjoyed a couple of minutes by the tree before everyone else got up. 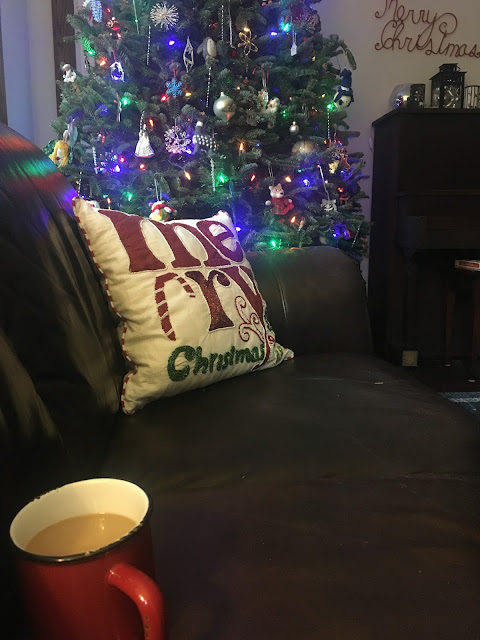 Captured this little guy while he "played" on the floor 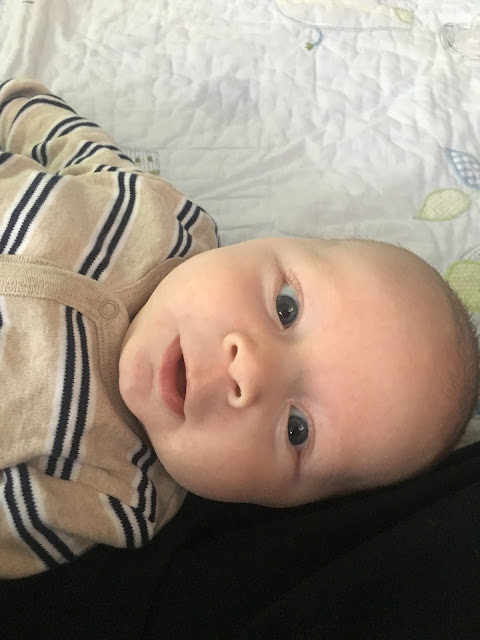 E finished decorating the tree in his room.  He put his arms over his head because he was cheering "It's Christmas!!" 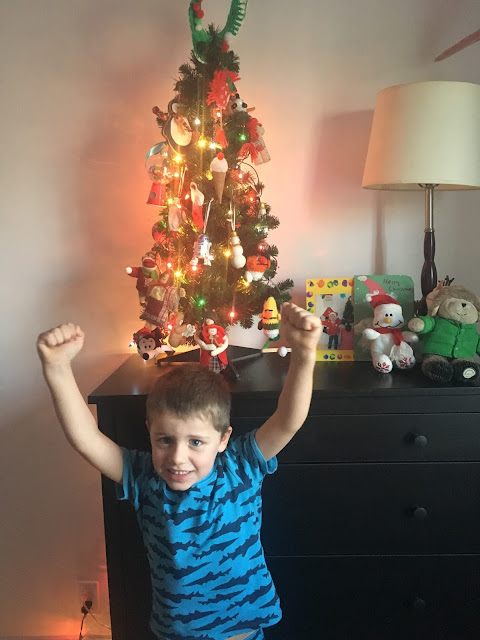 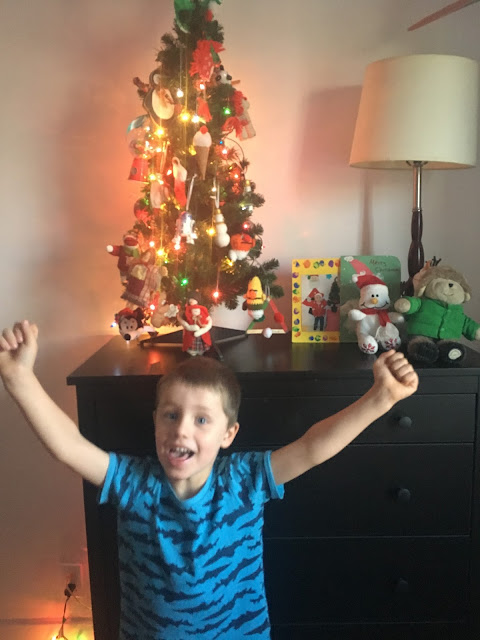 Then we went outside so I could finish putting together the urns with greenery.  This is not my strong suit, but I managed and they look okay.  Then E played with his chalk before we headed to Sportball. 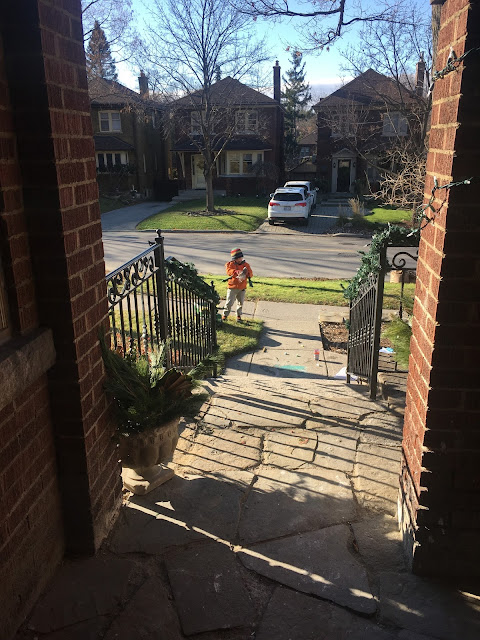 For the rest of the afternoon, we did stuff around the house and I got groceries.  Then I left the boys at home and I went to my office Christmas party.
Matching necklaces :) 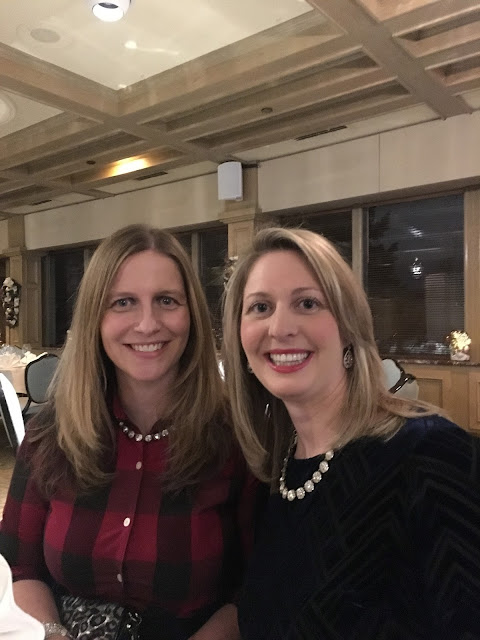 On Sunday morning, we were off to church for the second Sunday of Advent.  We had three baptisms and so had cake in the hall afterwards. 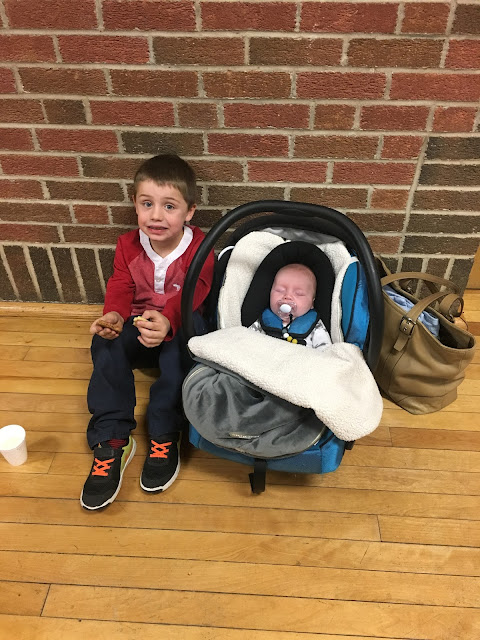 E had a friend over to play after lunch.  Dave cleaned the house, and I made oat cakes - holiday baking has begun!  We then walked up to Mad Mexican for supper.  They have a new menu, including nachos, and we enjoyed our meal.  It was nice to walk and see the Christmas lights, and not have to make supper! 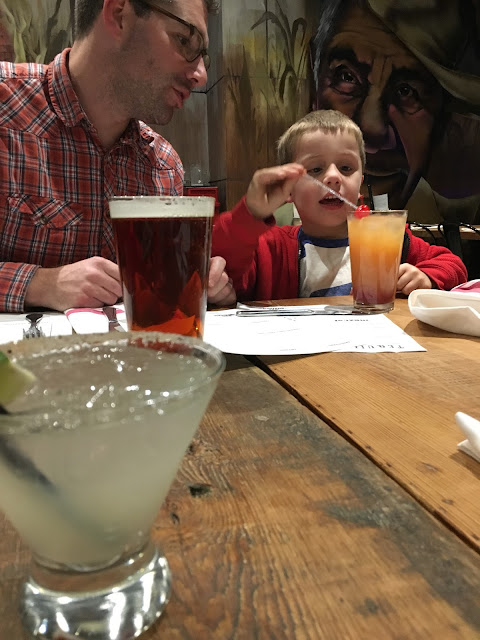 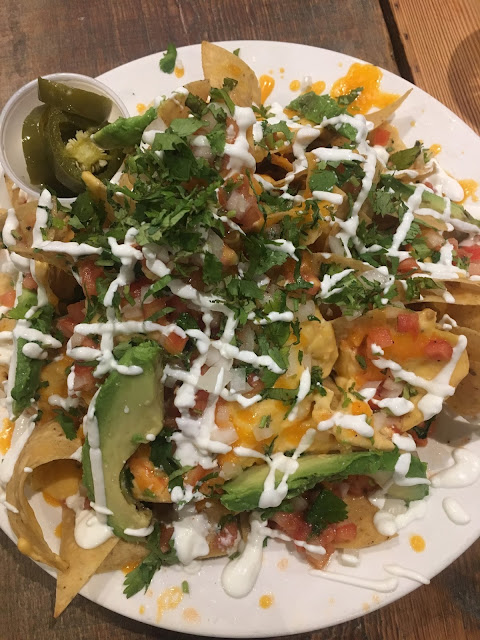 Relaxing on the couch when we got home from dinner while Dave put E to bed. 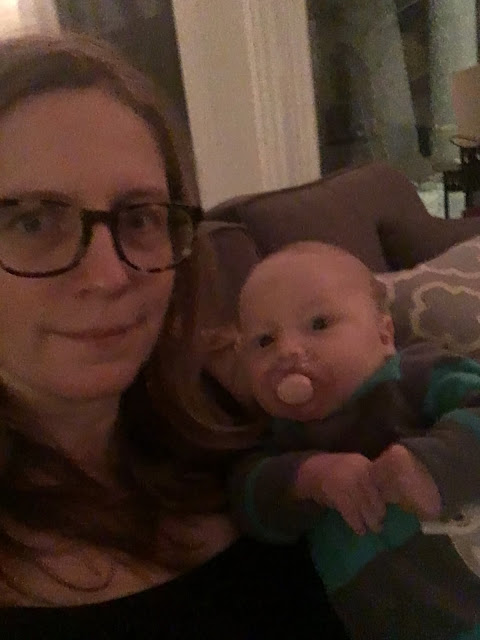 This next week is busy with Christmas events and preparations for our party!