Dave went to Nova Scotia this weekend so it was just me and the boys.   I took E out for breakfast before school on Friday morning.  He chose McDonalds (I swear, I suggested Tim Horton's, McDonalds or the Grenadier Cafe in High Park, and this was his choice, I did not object).  The McDonalds at Runnymede only has seating upstairs (no elevator) so we took our food out to the park to eat at the picnic table.  Then I turned on the Kiss 92.5 Friday morning remix and E did some dancing. 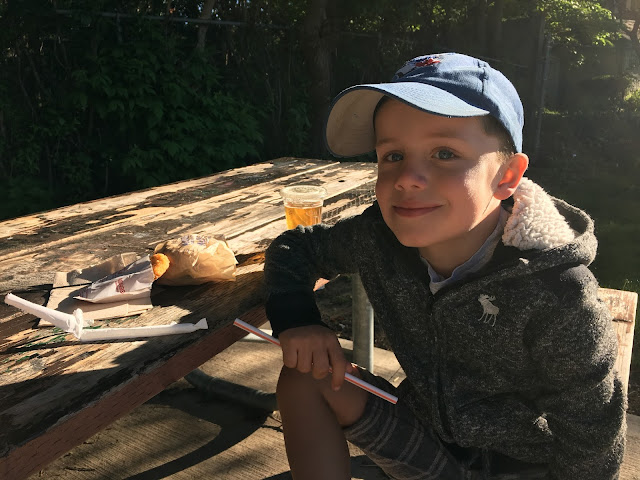 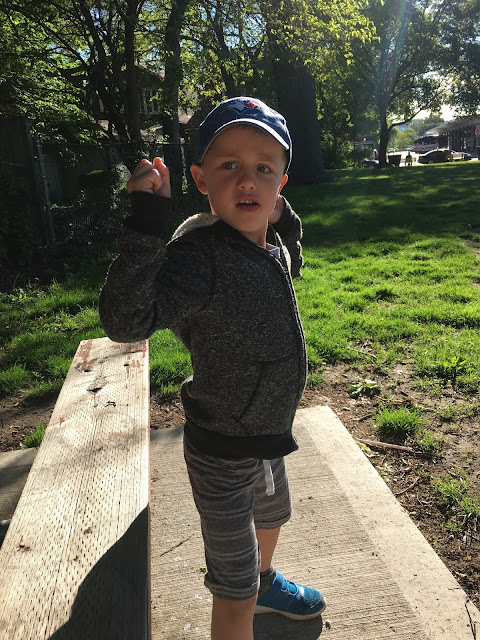 After drop off, and a small nap for Q, we loaded up the running stroller to get to High Park and my exercise class.  Our workout consisted of burpees and lots of stairs. 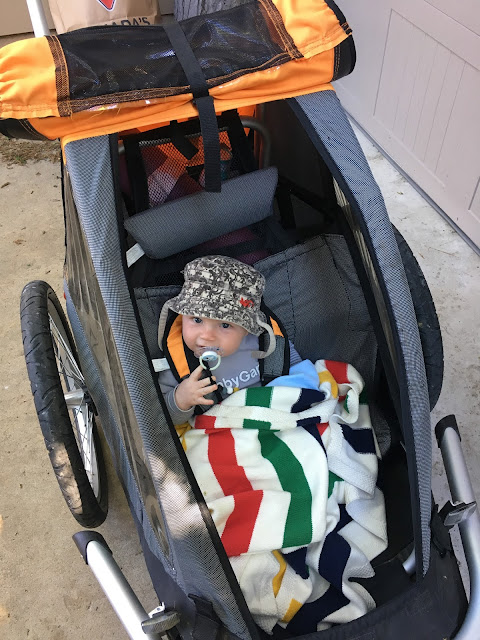 But we made it home and hung out on the couch before lunch. 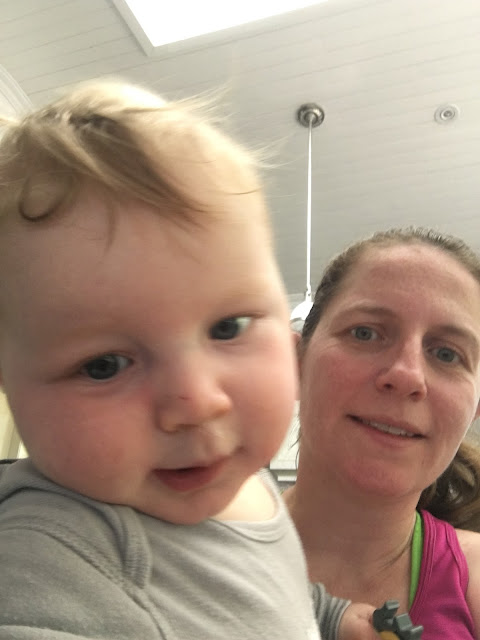 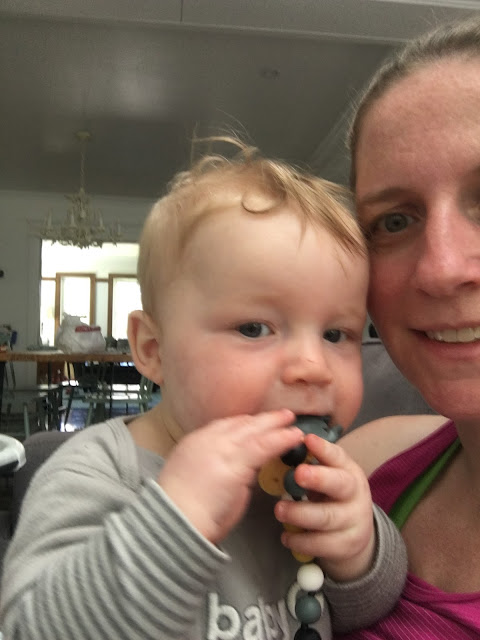 I spent the afternoon tidying up our backyard so we could eat some meals out there.  I love trees as much as the next person, but the constant mess they leave is hard to keep up with.  I mean, the leaves in the fall is one thing, but in the spring there seems to be no break in the stuff falling from the trees.  So I swept up the patio stones, and hosed down the furniture, and then we ate our supper at the table - success! 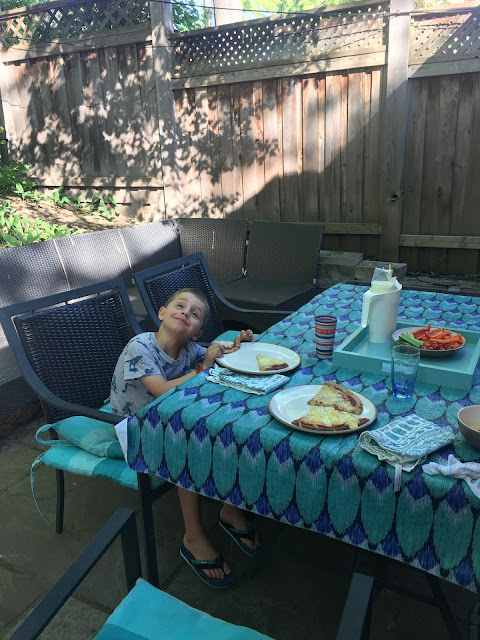 After supper, we walked to get an ice cream and then made a quick stop at the playground. 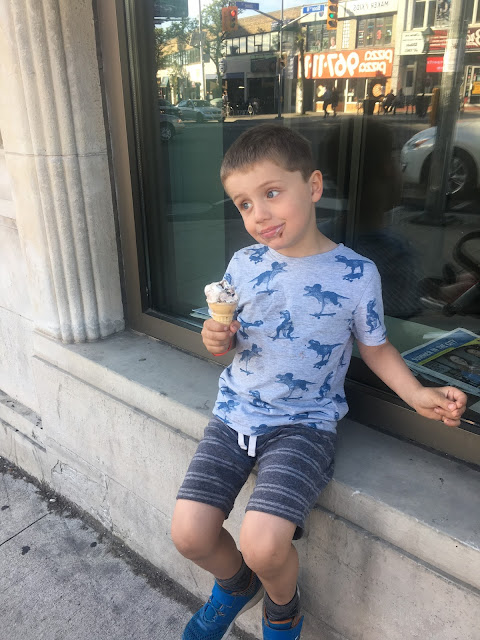 I watched an episode of Downton Abbey and then went to bed early.  On Saturday morning, we "slept in", meaning Q woke up at 6:45, then had our breakfast and Q went back to bed for his morning nap.  E was watching his Saturday morning shows so I went out on the (still clean!) patio to read the paper and drink my coffee, it was lovely.  (Not pictured, I soon had to cover my coffee because little black specks were falling from the tree) 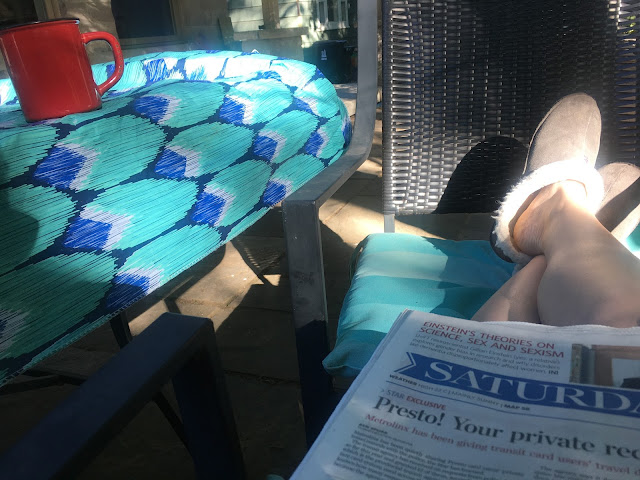 After Q woke up, we went to the Junction Farmer's Market.  We try to get here a couple of times a year and we always find something good. 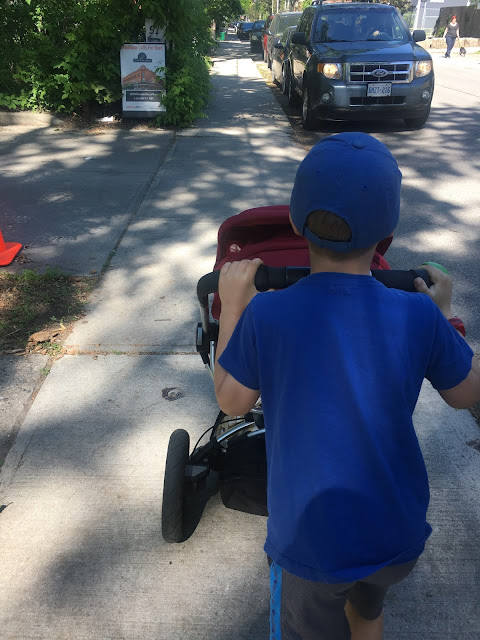 We picked up a cookie and streusel to munch on. 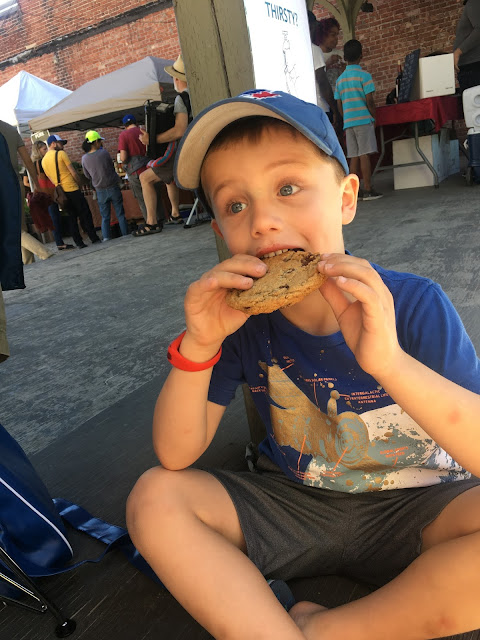 And a baguette and rhubarb to take home. 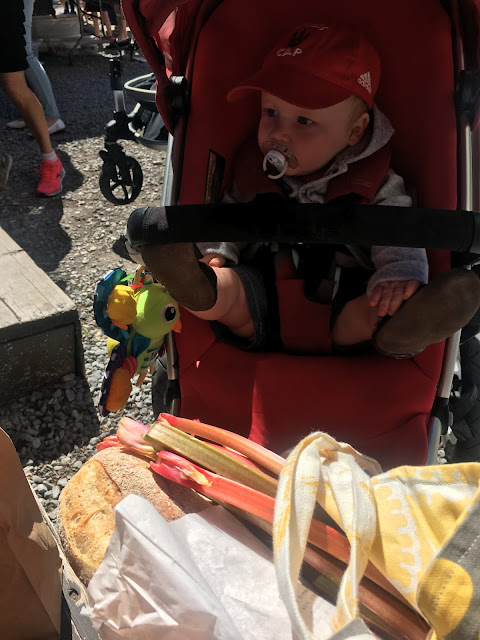 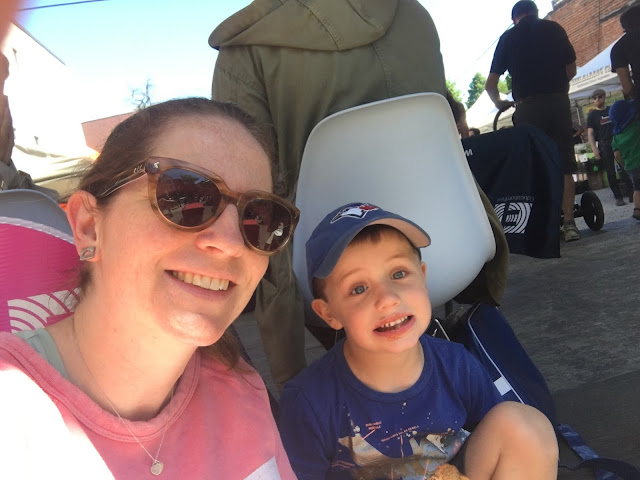 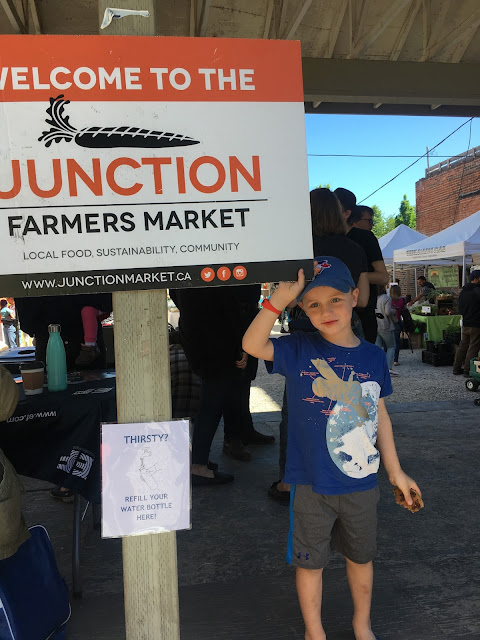 After lunch, E's friend came over to play.  It had been my plan to have them play at home until Q woke up and then we would go to the playground.  But when he came over, he had biked with his mom and his mom said she would take the boys to the park so away they went, and when they got back, they invited E to go to their house for the rest of the afternoon.  He didn't get home until 7:00 and he had a great time.  Meanwhile, Q and I kept ourselves busy.  We played outside and in the Jolly Jumper. 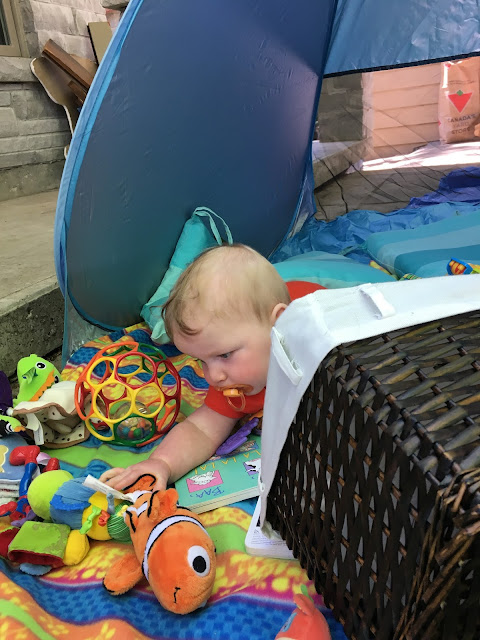 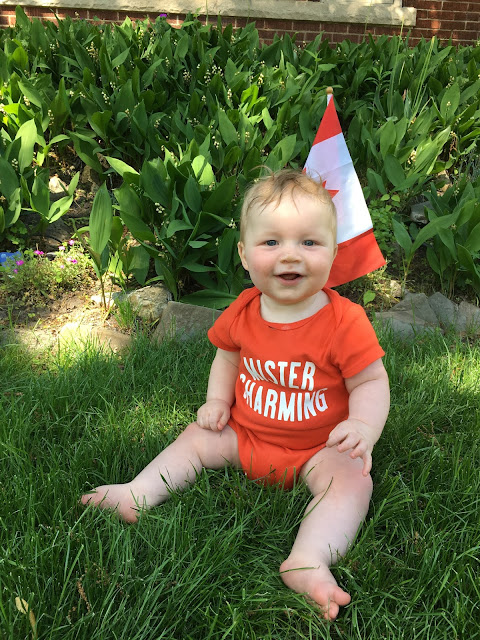 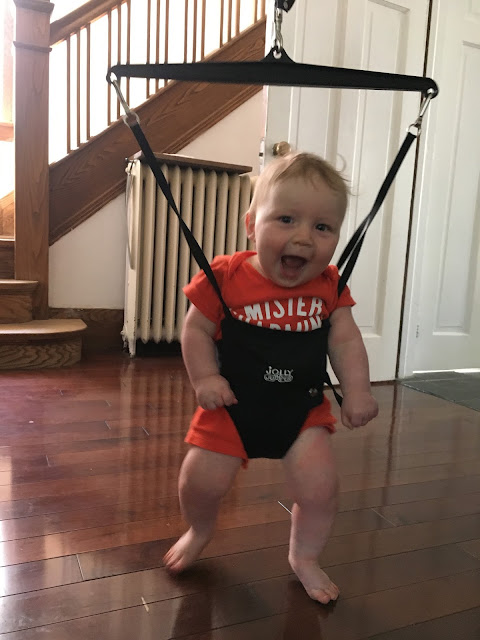 On Sunday morning we watched Star Wars: The Force Awakens, and then went to church.  In the afternoon we went to a friend's housewarming party in Oakville.  I made rhubarb, peach, and apple crisp and macaroni and cheese when we got home.  Both were so delicious.  While I put Q to bed, I asked E to tidy up the living room.  This is what I came downstairs to.  I asked him, "did you tidy up?".  He said yes, so I wonder if he was just lying or if he thinks this is tidy...I mean, some of Q's toys are in the basket, so I guess he did something (shrug). 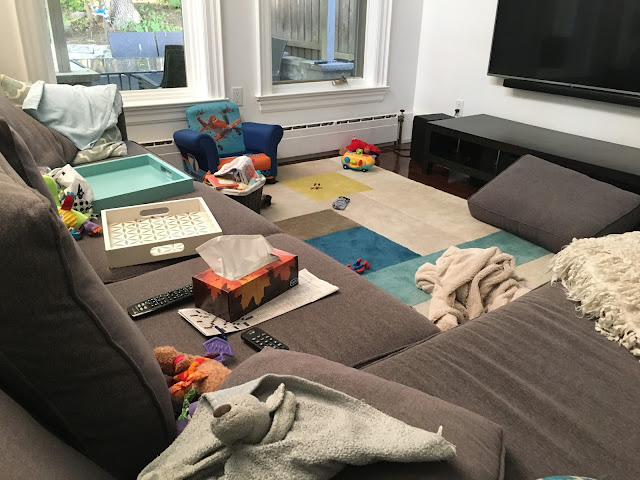 Dave got home late so I spent my evening with some wine, the NBA finals, and this blog.
Posted by TorontoSAM at 6:00 AM