Three things going on with us at the moment... 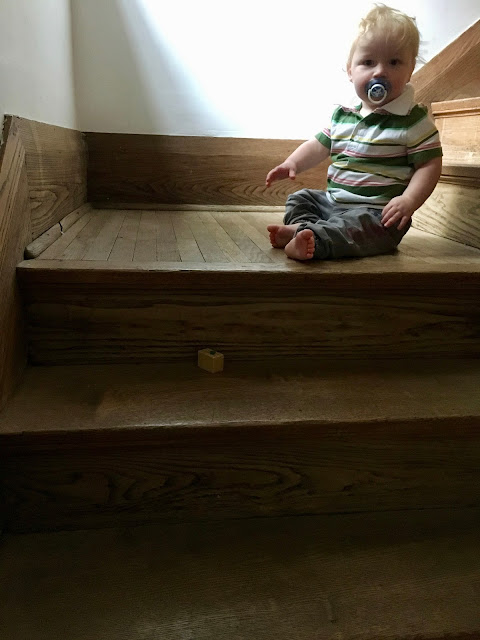 1. Q is officially walking.  He started taking a few steps last week but this week it's like he just decided to start moving.  He's still a little tipsy and falls down but he's getting there.

2. We turned his carseat around.  I didn't realize this was such a controversial topic, but apparently it is.  He reached the weight and height guidelines for turning him around so we did.  We did the same with E at this age.  Q is much happier to be facing the front instead of just starting at himself in his mirror.

3. He's trying to use a fork while eating.  He's at least holding it and trying to scoop some food, with some limited success. 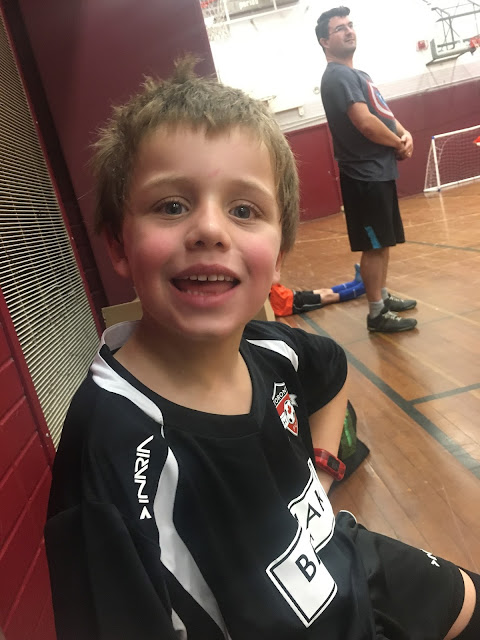 1. E is a busy beaver at school.  He is the eco-rep for his class, plays chess on Fridays at lunch, and has signed up for the holiday choir.  I'm so pleased that he has these various opportunities and that he is embracing school life.

2. He comes up with the funniest things. Some of the things he says I know he gets from us, but other things I don't know where he gets it.  His mind is a little sponge.

3. He's got big plans for Christmas.  He went through the Indigo flyer and put the stickers (provided in the flyer) on just about everything he could see.  I think we need to implement the one page list again this year (cut out the things he wants and only those that fit on one page of paper are the ones that go on his list). 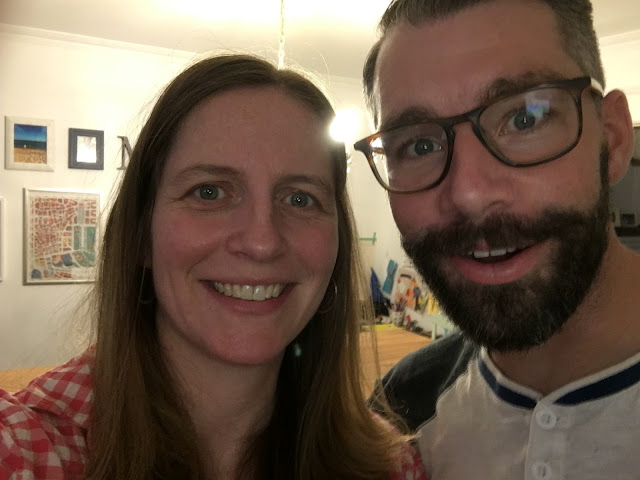 1.  Dave is planning a golf trip for a few months from now.  This group of friends went to Charlotte in 2006 to golf and have been talking about doing another golf trip since then, so it will be fun for them to go this time.

2. He is listening to a new podcast, Heavyweights with Jonathan Goldstein.  He has recommended a few episodes to me and I think I will add this to my weekly rotation.

3. Raptors are in full force around here.  Dave watches every game and follows along with the players, sports writers, and other NBA fans on Twitter.

Me
1. I have been very busy at work this past couple of weeks and that will continue for at least two more weeks. Since I do corporate law, we will have sale transactions that come up from time to time that take over my whole day.  We are trying to close this one for December 1 and there is a lot to do.  This is the type of work that I love though, so I'm okay with it.

2.  I'm coaching E's soccer team on Tuesday nights.  It's pretty easy since the whole time is just a game, no drills, and since we don't have a lot of players, then I don't even need to do line changes, they just play the whole time.  It's a fun thing that E and I can do together.

3.  I'm looking for Beaujolais Nouveau recommendations. My uncle Robert was always my source for this; fortunately the one he told me about a few years ago has stood the test of time. I picked up a bottle this year too.  But this year I'm on the look out for some new ones.