Twas the week of Christmas concerts.  We start this year's edition with this huge egg on E's head!  He had rehearsal for the church choir concert on Friday night so we dropped him off and when we came back he had this big bump on his head.  The kids were playing tag between practice and the show and he ran right into a door.  Poor guy, but he was fine in the end.  And he still remembered the words to the songs. 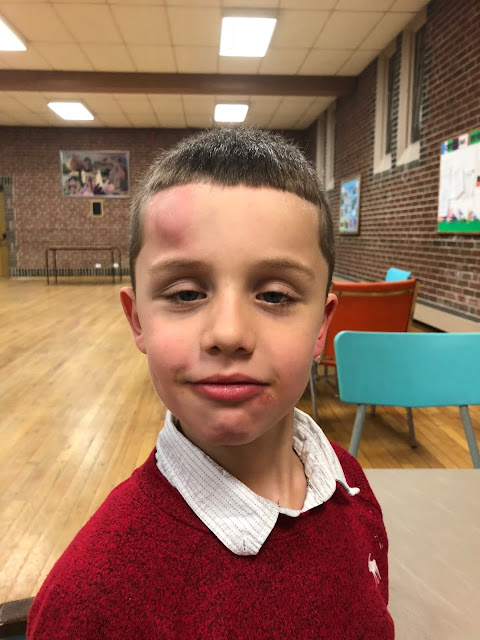 The junior choir sang a few songs and we also heard from the symphony made up of mostly kids from the Etobicoke School of the Arts. 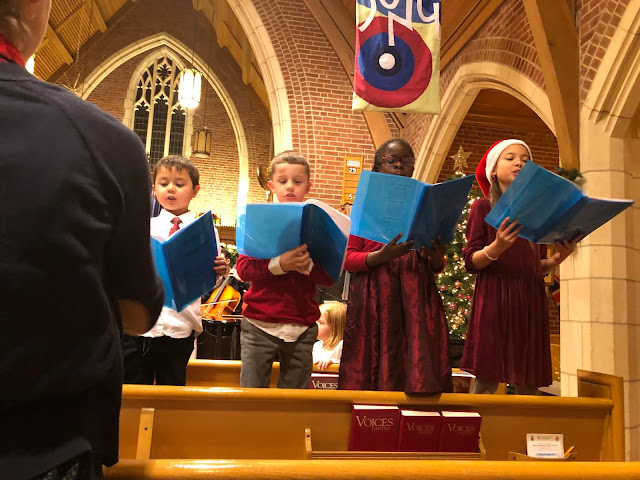 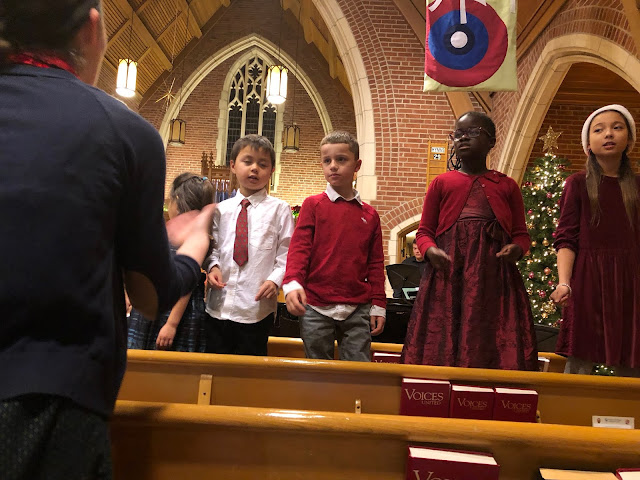 A round of applause at the end for everyone. 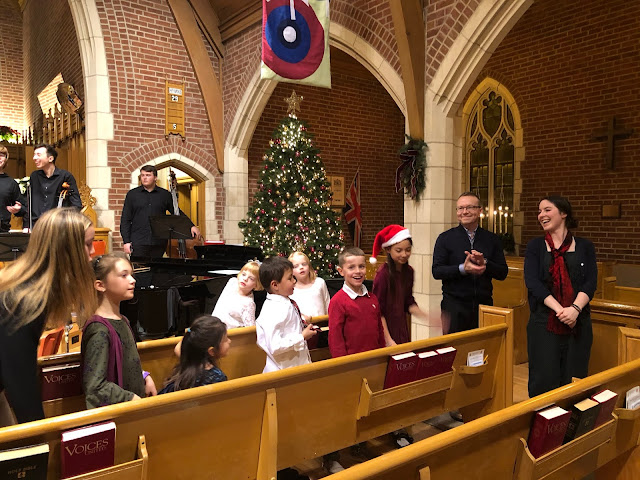 We are so lucky to hear these young musicians and we really appreciate them sharing their talents with us! 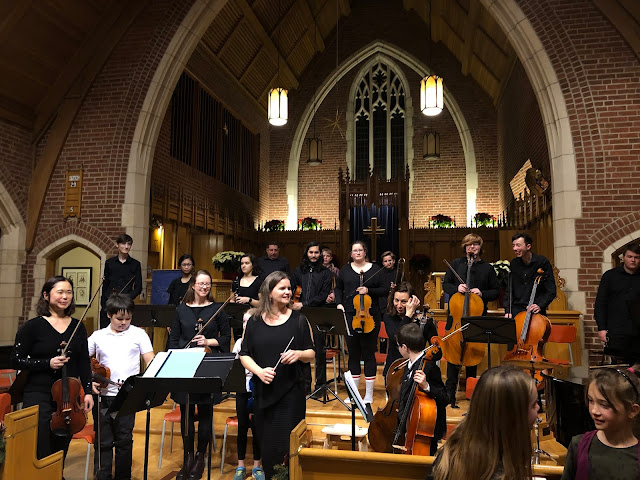 On Sunday morning we were back at church early for the pageant rehearsal before the service.  E had a part of a shepherd with a couple of lines and I had set aside a sheep costume for Q.  I didn't know if he would be into it or not, but he was not and refused to even try on the costume, let alone participate in the pageant. 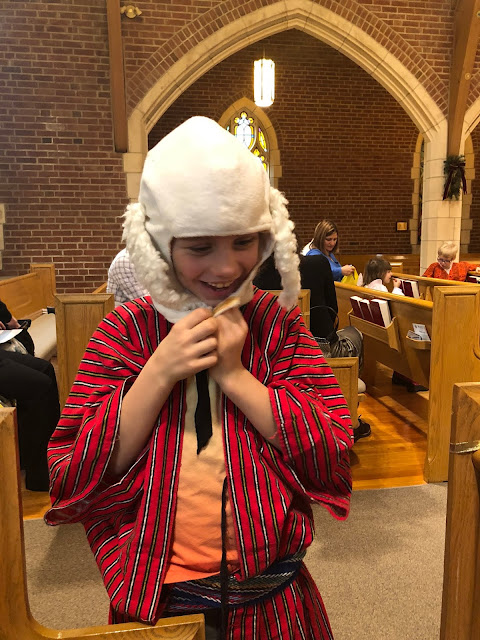 A quick pic with this cutie before I took him down to the nursery. 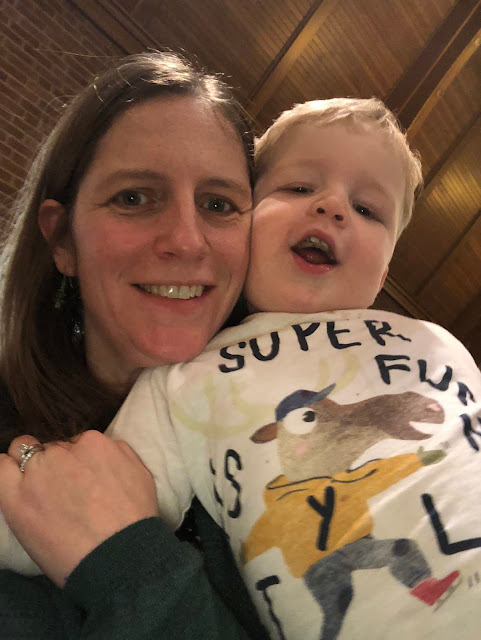 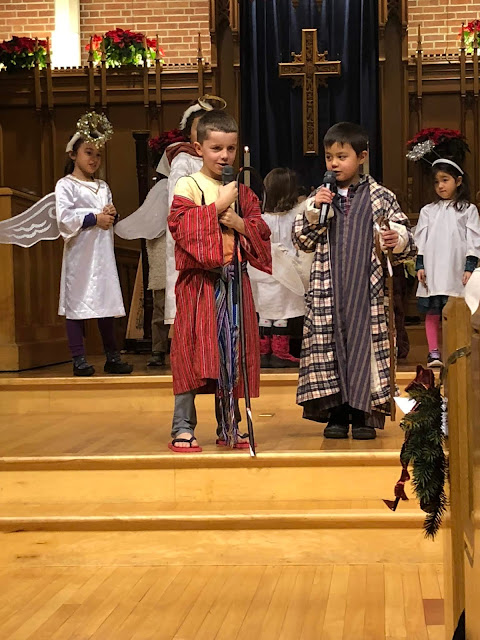 The choir was also singing. 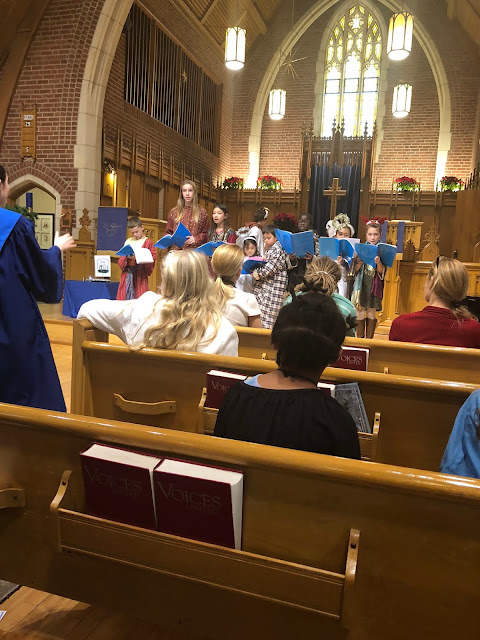 Another successful pageant!  Dave and I were giggling at various things throughout, and I always say if you're not laughing during the pageant then the kids aren't doing it right. 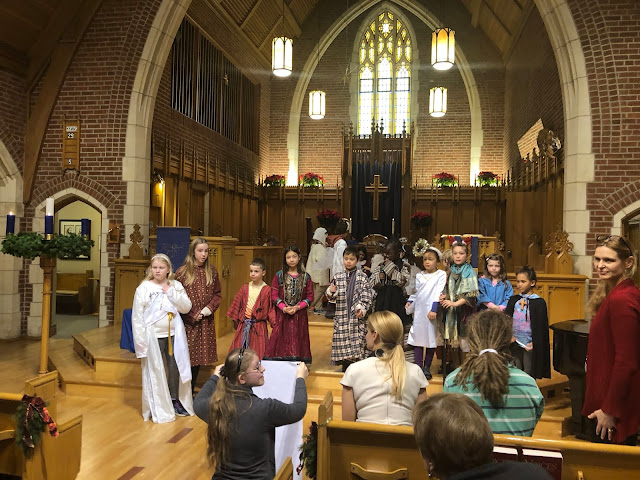 On Tuesday night we went to E's school for his holiday concert. All dressed up! 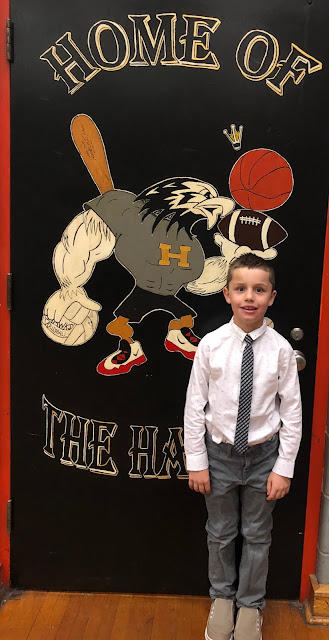 We arrived early to get a seat so then took Q for various walks around the school before the show started. 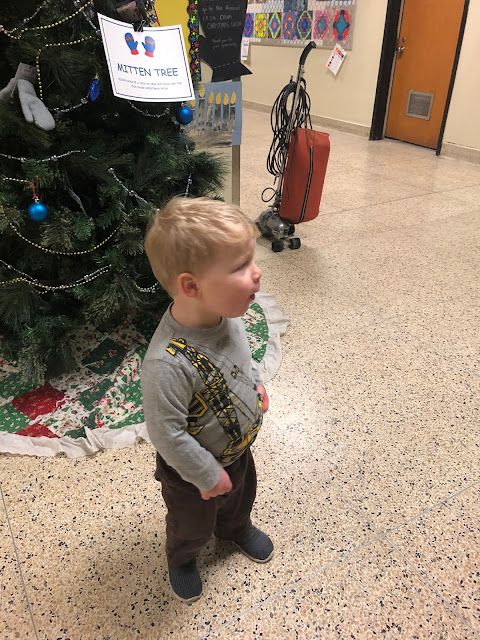 The program.  E is in the Grade 2 French Immersion group as well as the choir. 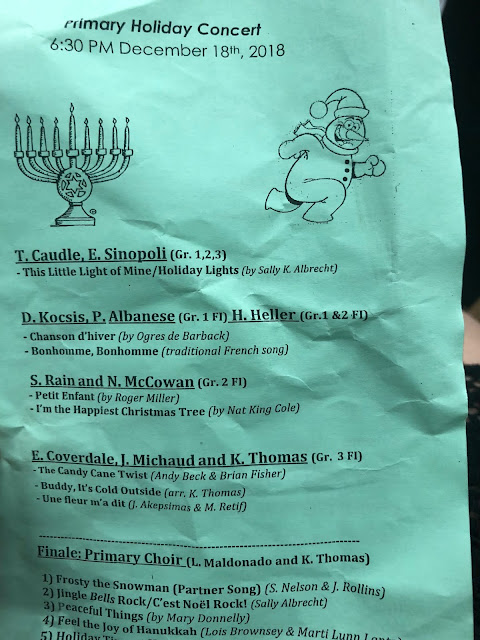 This is the performance with his class. 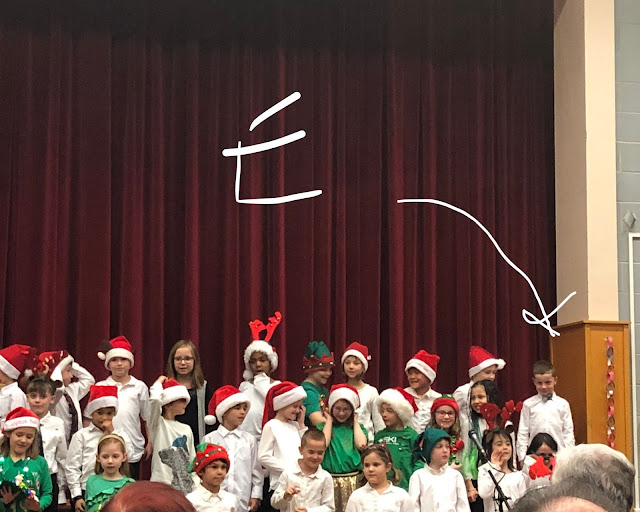 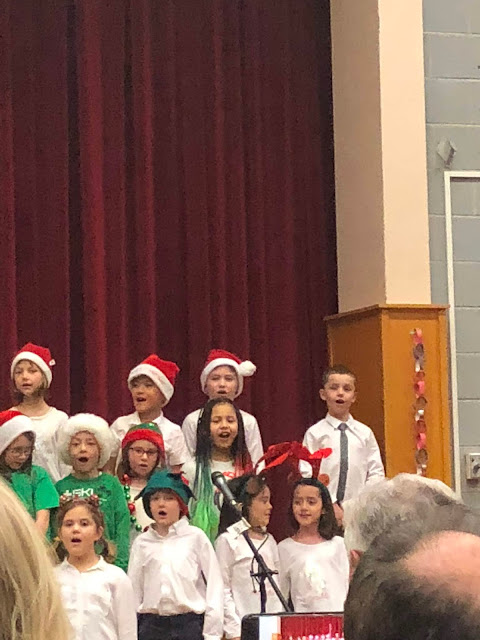 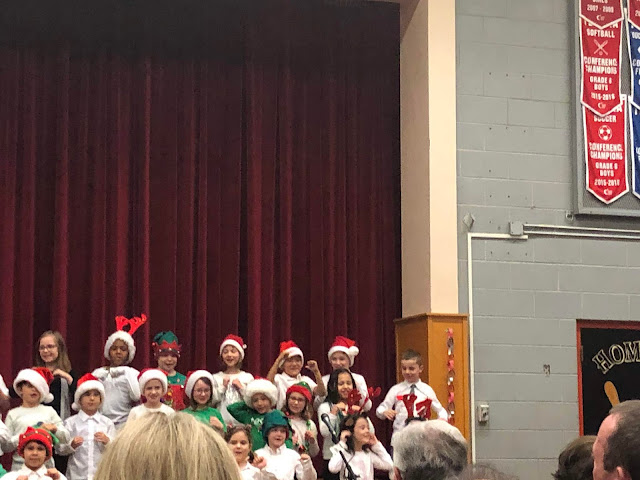 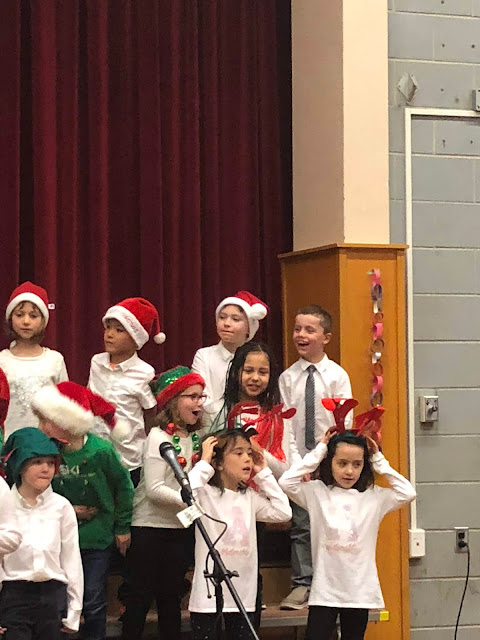 And then he was front and centre for the choir's performance. 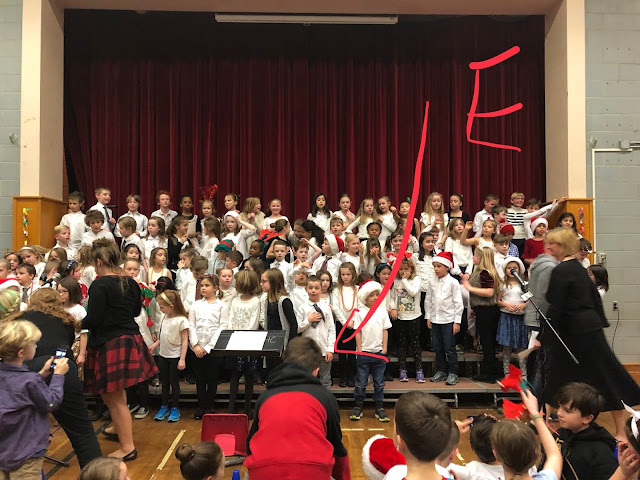 Hamming it up for the camera. 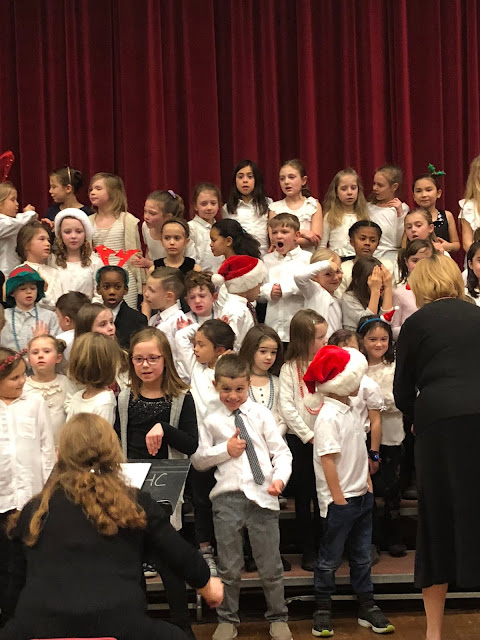 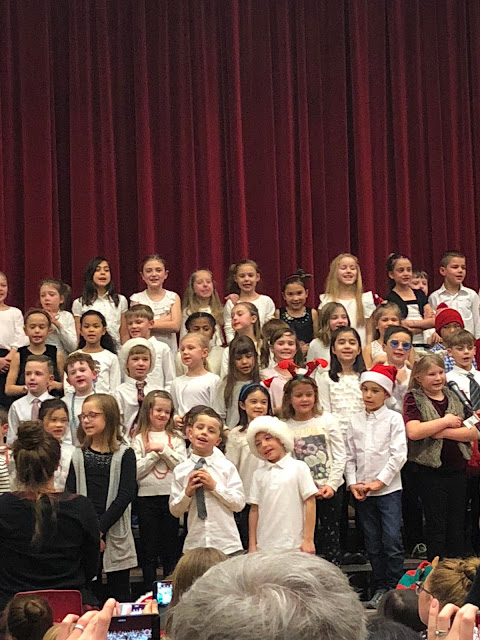 When I went back to pick him up in his classroom he showed me the elf he made of himself. 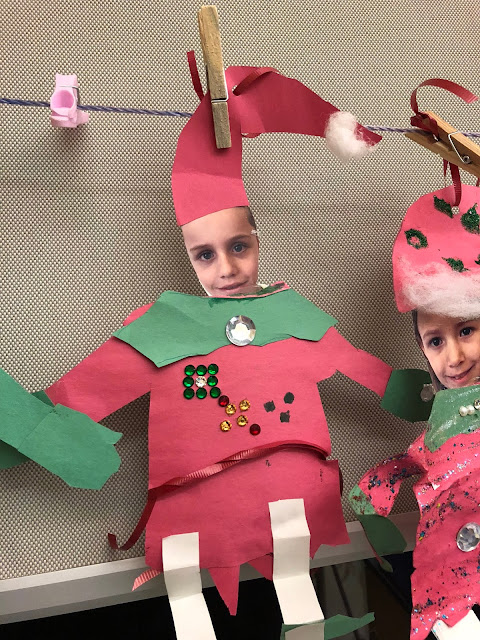