I had a late lunch out of the office on Friday afternoon so I didn't go back to the office afterwards.  I set up a little surprise for the boys under the tree.  E knew about the gingerbread house, but I also had some new pyjamas for them (although non-matching, much to the chagrin of E), and I also got  a Disney snow globe that says 2018.  I  couldn't resist since this is the year we went there. 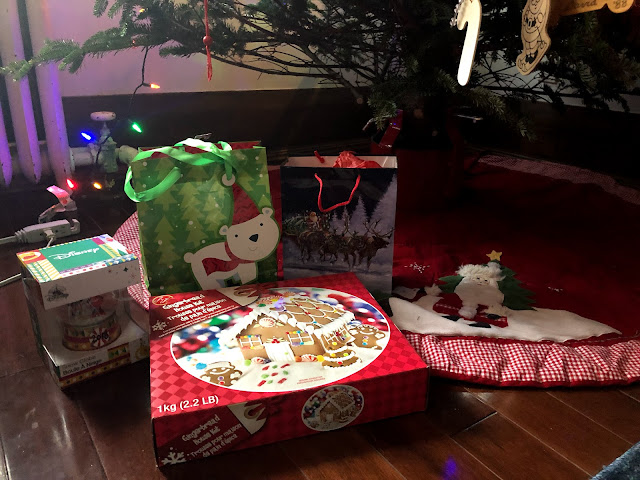 Then I went to get E early from school to take him for a haircut. 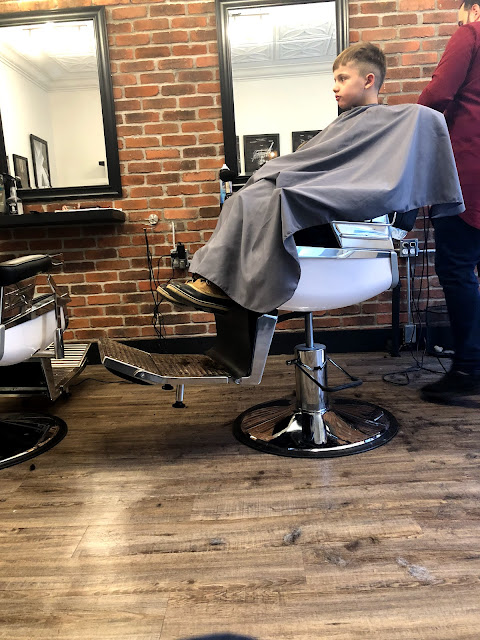 Looking good!  We walked up the street to do some errands before going to pick up Q. 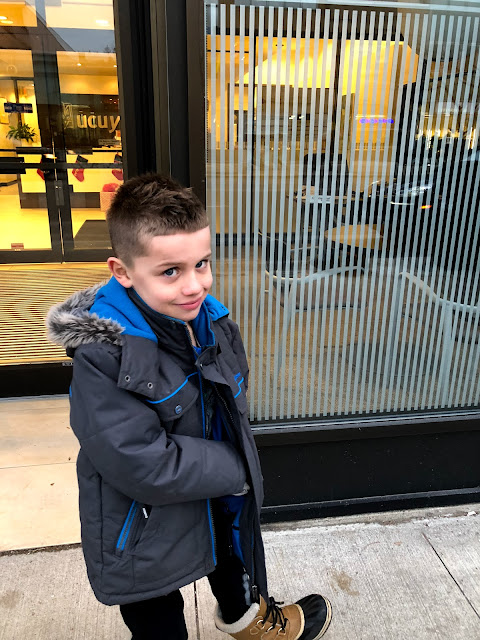 After supper, E (still wearing his PJs that he wore to school since it was a PA day), started his work on the gingerbread house.  I have never decorated a gingerbread house but it stayed together better than I thought and E did a good job decorating.  Q just wanted to eat the candy so eventually he just went to bed. 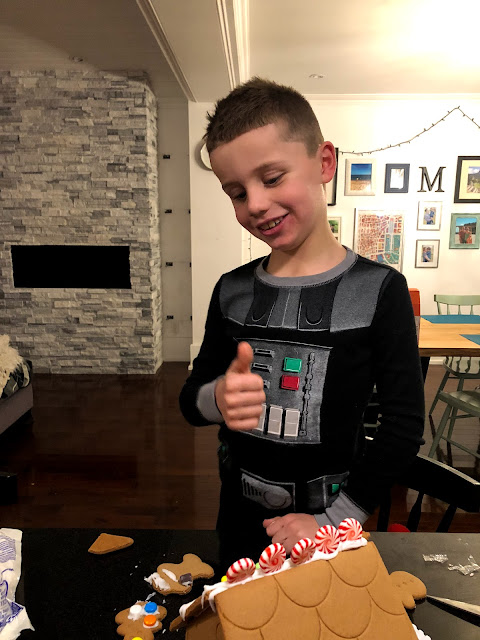 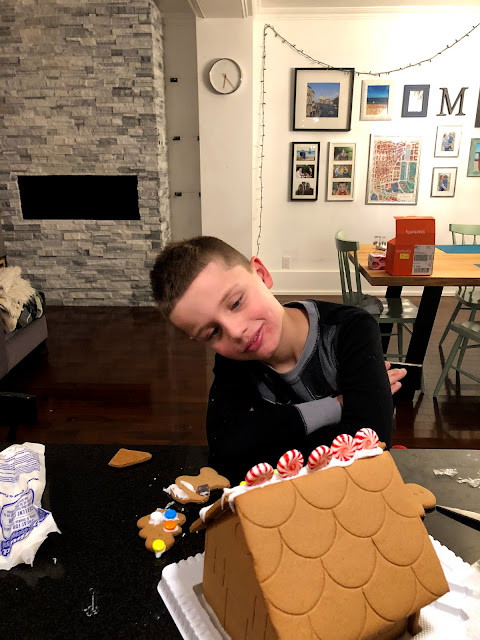 We watched Angela's Christmas on Netflix and E hid behind the couch for the "scary" parts.  (There is nothing scary but there is a threat Angela could get in trouble for taking the baby Jesus from the nativity at church). 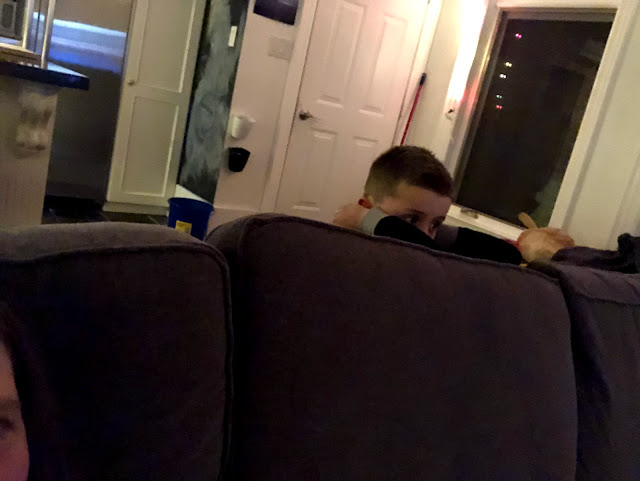 On Saturday morning, I went to my workout bright and early, and then I took the boys to do some errands for our Christmas party.  Dave worked on the shelves for the living room and did some tidying up.  After lunch I went to get my hair cut.  I also had it styled since we were going to my work Christmas party that night.  When I got home, since I didn't want to mess it up, I basically just sat in the basement while the kids played. 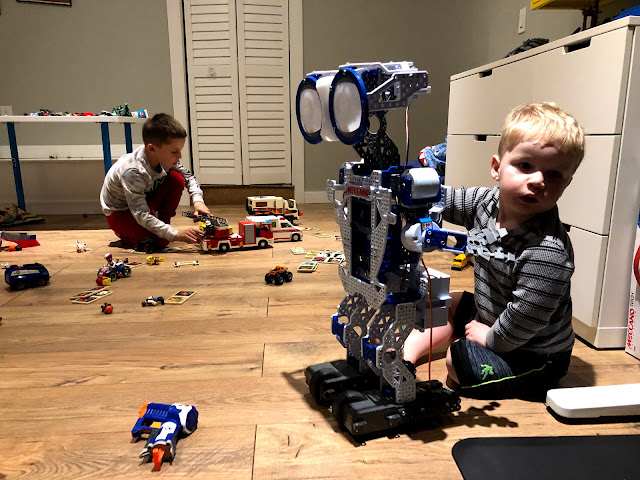 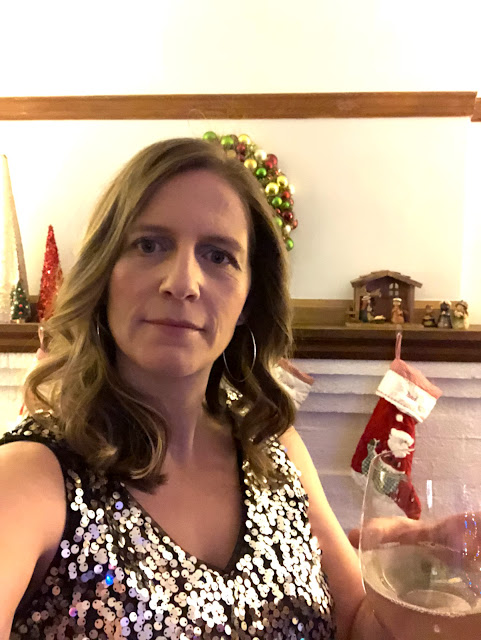 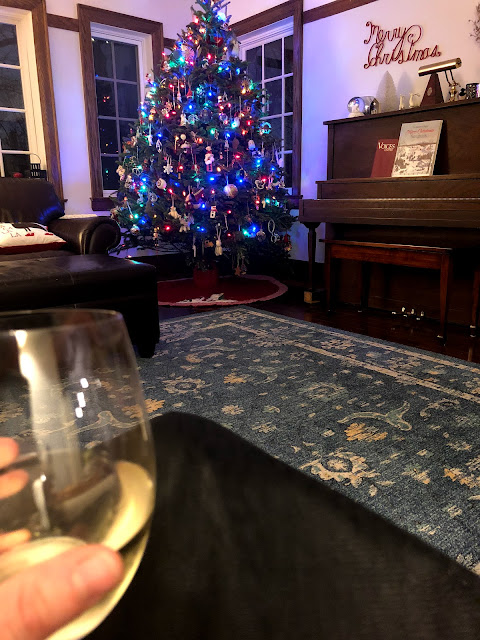 We ordered pizza for the kids and the babysitter came over while we were out. 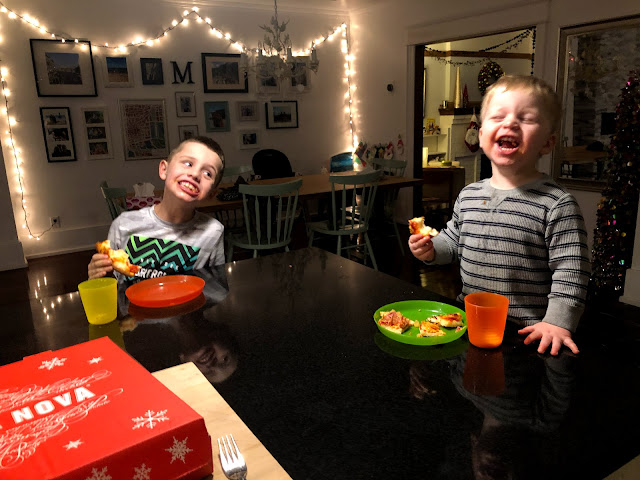 Our party is always at the Mississaugua Golf and Country Club and it is always nice. 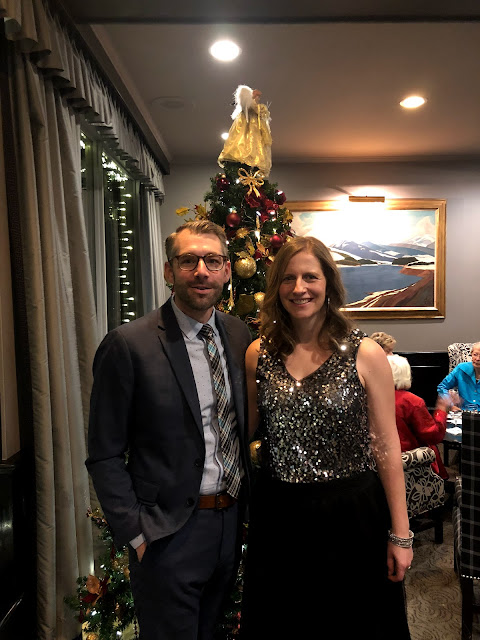 I tried sever photos of this group and always someone looked weird, sorry Matt, you lost out on my photo choice! 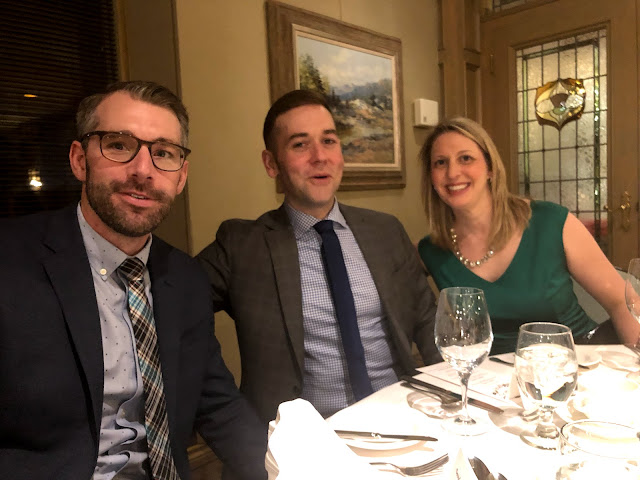 It wasn't a super late night although our Uber ride seemed to take forever!

Up early the next morning, so after breakfast tis was my view. 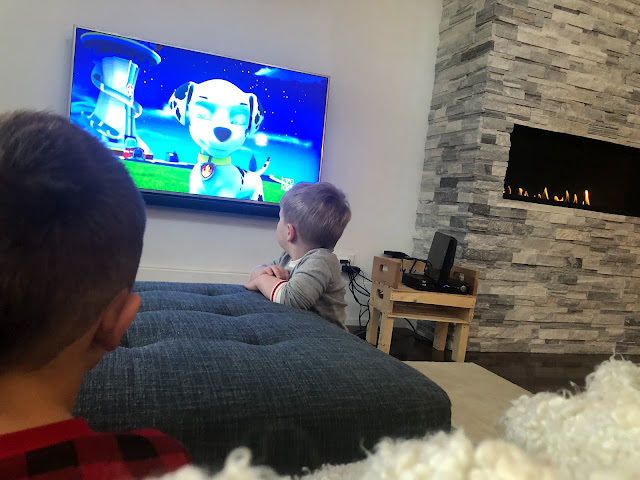 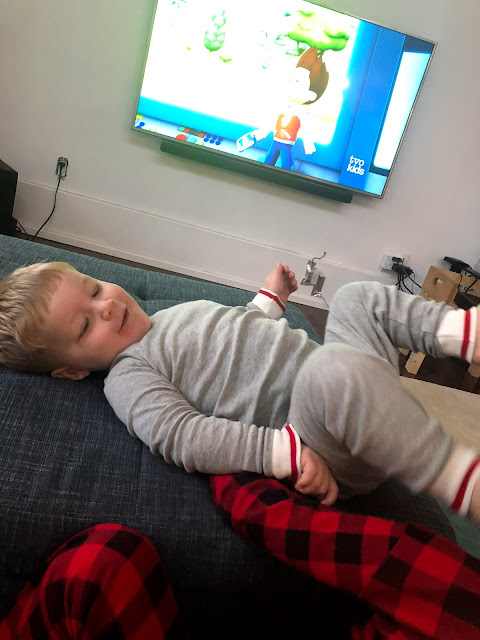 I started some baking before church. 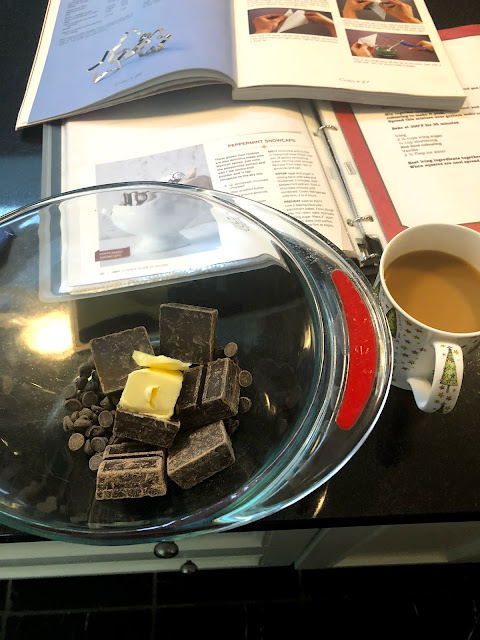 E sang in the choir.  We were also treated to a performance of Bach cantatas, with several instruments accompanying the choir. 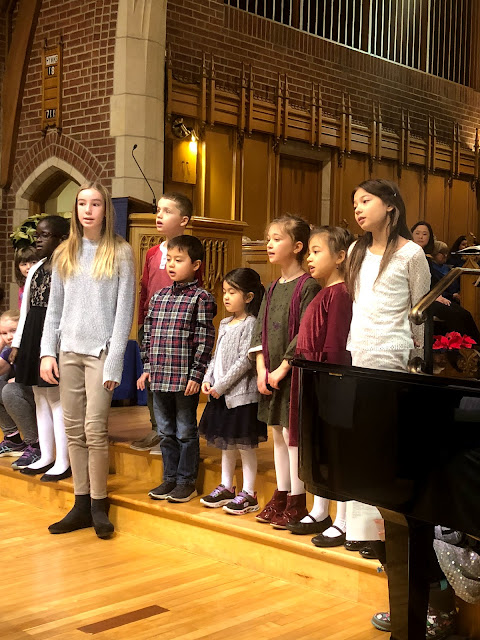 On our way home we picked up some McDonalds for lunch.  Dave had been washing the windows.  E took a quick turn on the ladder to see the view, but he didn't do any cleaning. 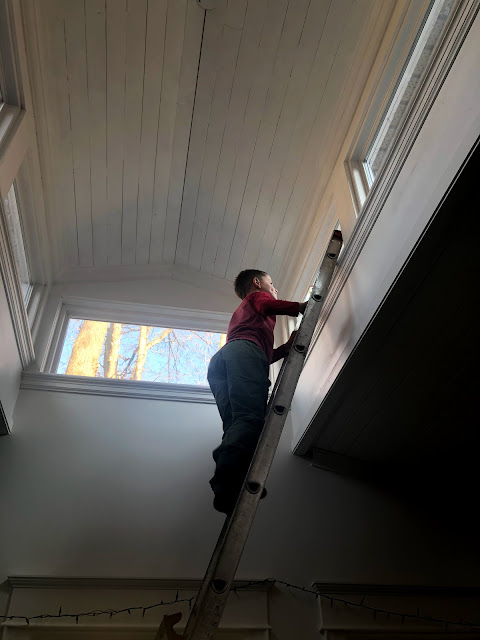 I did some more baking in the afternoon, then we went for a quick (and cold) walk to the playground.  After supper I went to the grocery store and then worked on our Christmas cards.  Phew! A very productive day, especially being the day after my Christmas party, different than years past!!

Our drop in party is this weekend so this week is filled with prep, and Dave's office party, and Santa, and E's church concert on Friday.