When we bought this house in 2014, one of the features we loved was the big oak trees at the back of the house, and other trees on the property, that made you feel like you were in the woods.  Sadly, over the years it became apparent that the large oaks nearest to the house were dying and would eventually have to be cut down.  We got them trimmed a couple of years ago to remove some of the dead branches, but the remaining branches never made a comeback and were bare of leaves the last few years.  Big pieces of bark were falling off too and I was always nervous a strong wind would knock down bigger branches.  When our neighbour's tree fell onto another neighbour's house last fall, we knew we needed to actively plan to remove our dead trees.  We were sad to see these two big trees go, but it was the safe thing to do.  Forutnately we still have four  oak trees in our backyard, along with several maples, so although not as "woodsy" as it once was, we still surrounded by lots of nature.

We live in a ravine zone and in Toronto that means you need a permit to do anything with a tree, unless it is dead.  We emailed them a couple of weeks ago to ask for the exception to the permit. The city inspector came out shortly after that, and was here for barely 2 minutes before declaring the trees dead and granting our exception.  We had 21 days after that to remove the trees.  We had used this tree guy for the trimming before and he had removed a large tree in our neighbours yard.

In preparation we had to move some of the retaining wall stones, and I transplanted a small tree and a perennial.

Last Wednesday was the big day.

I got my hardhat out for Q to wear. He was very excited. 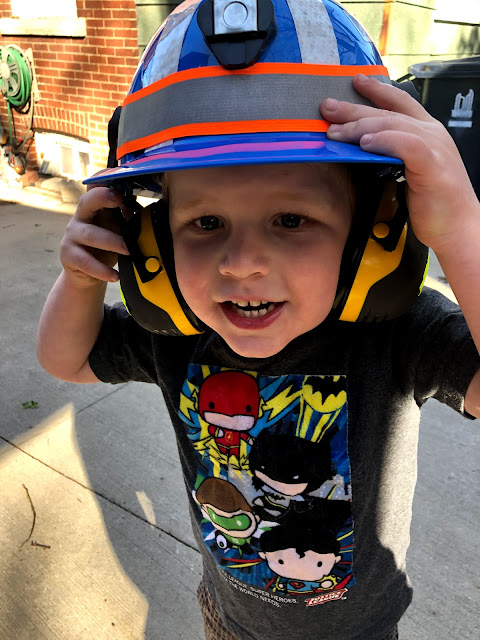 Crane getting set up 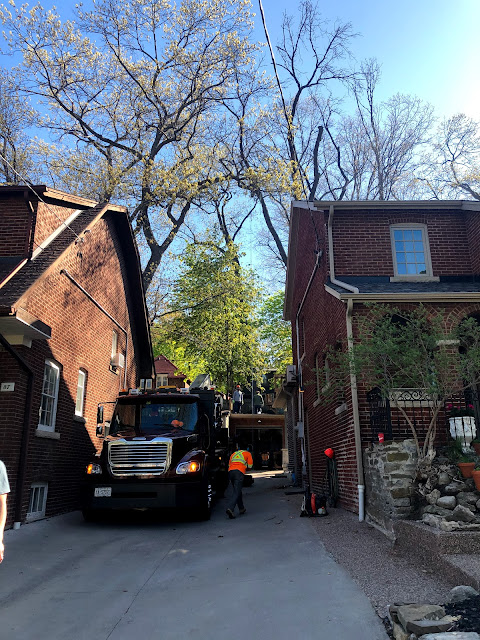 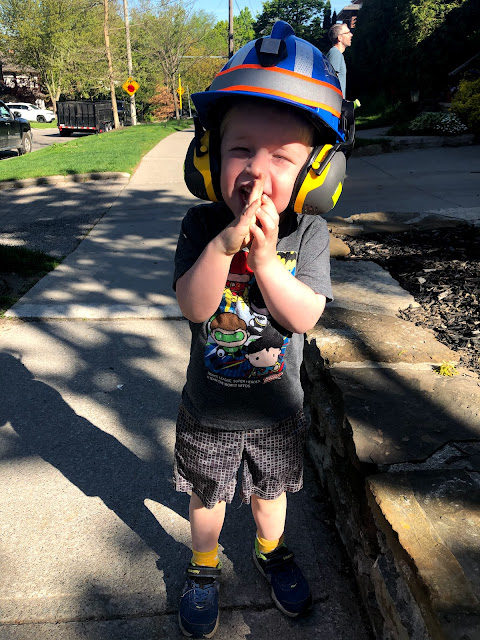 Getting set up in the tree waiting for the crane. 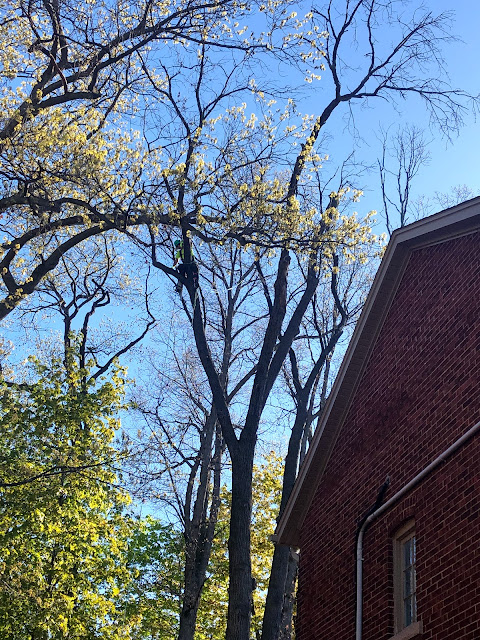 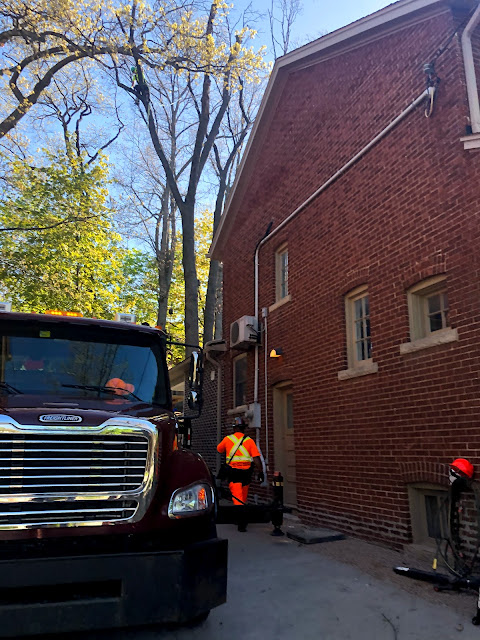 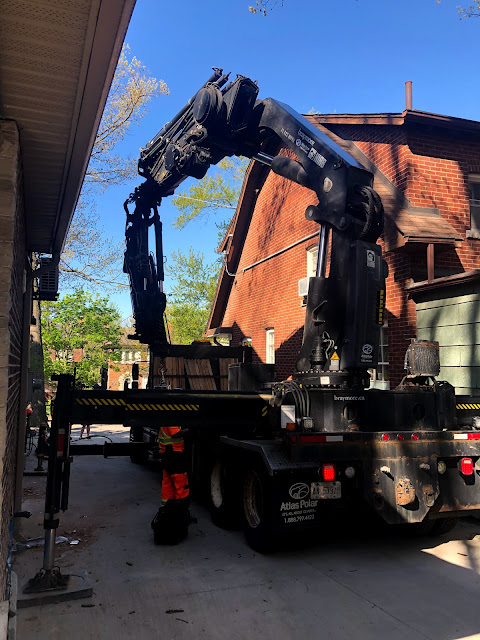 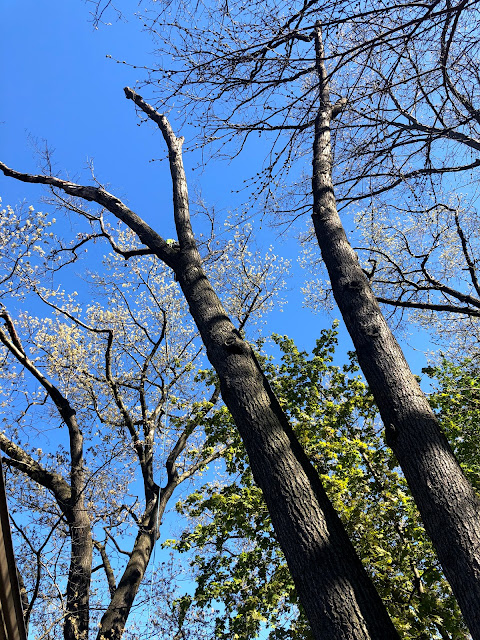 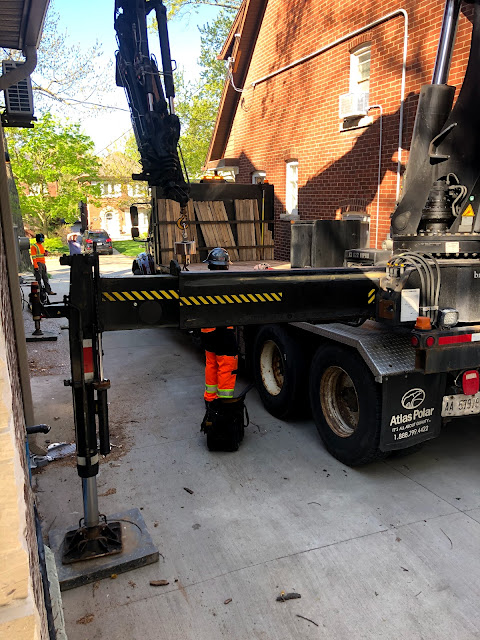 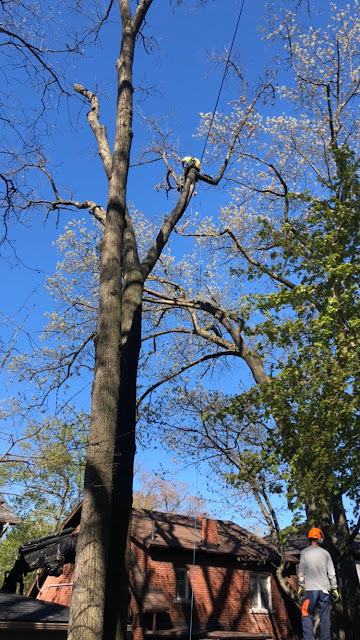 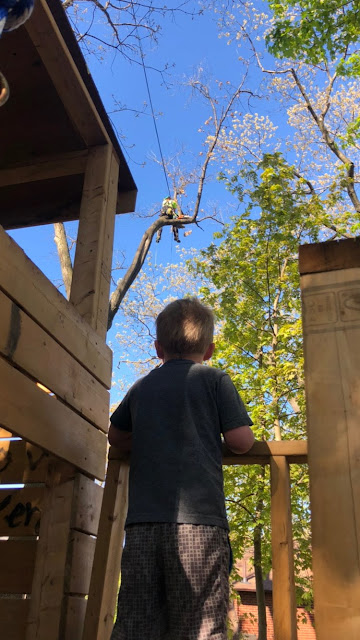 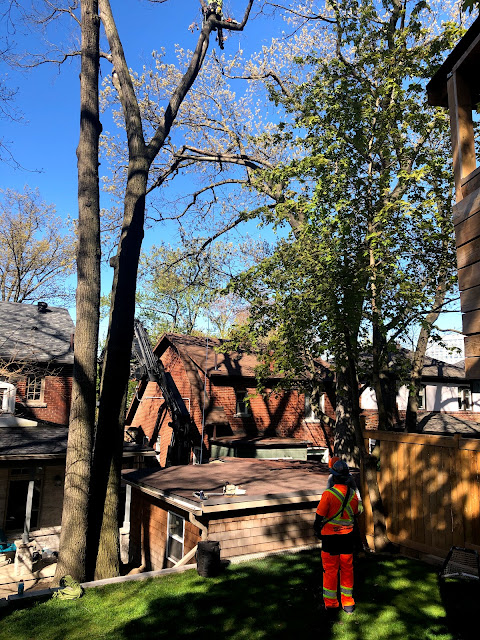 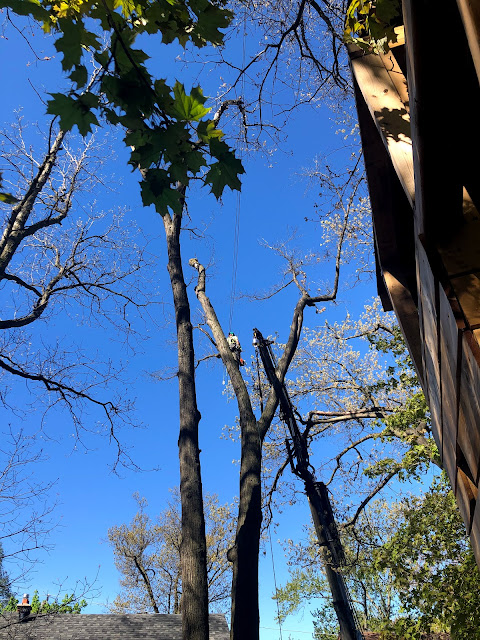 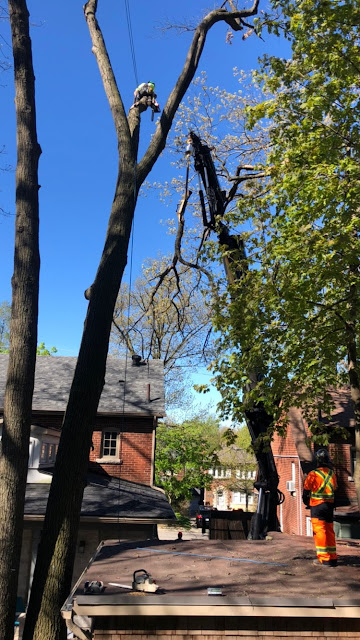 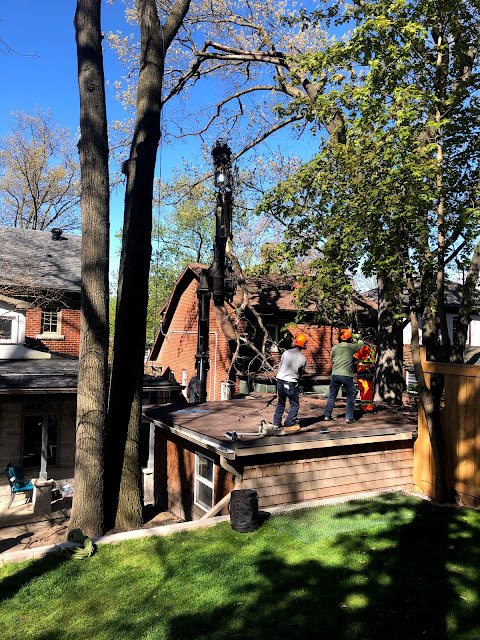 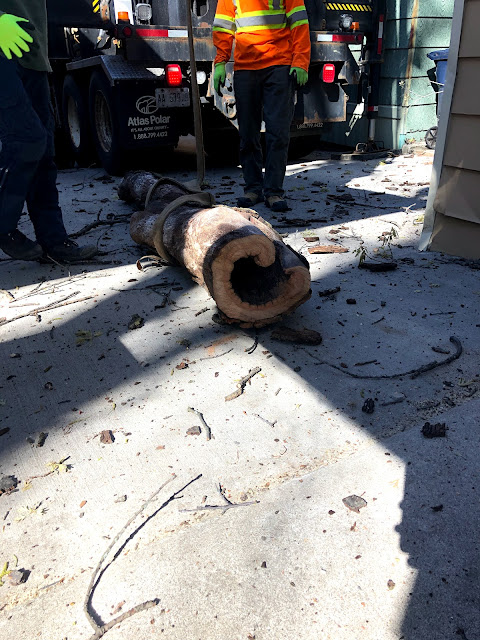 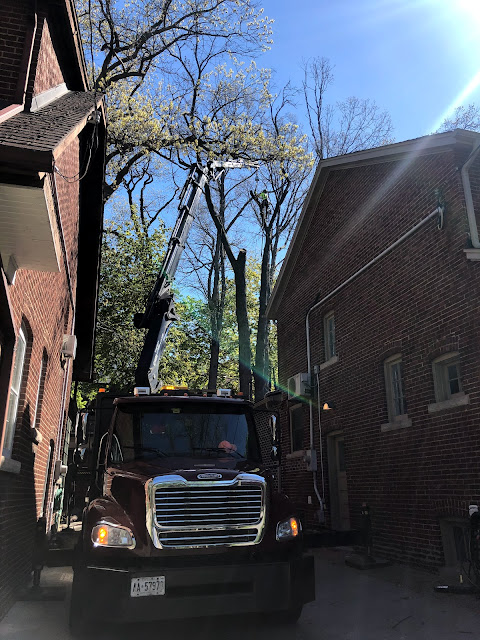 I was working from E's room so I could keep an eye on the progress. 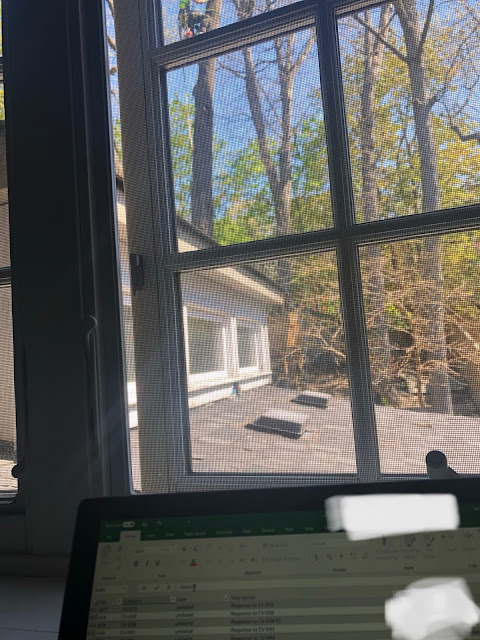 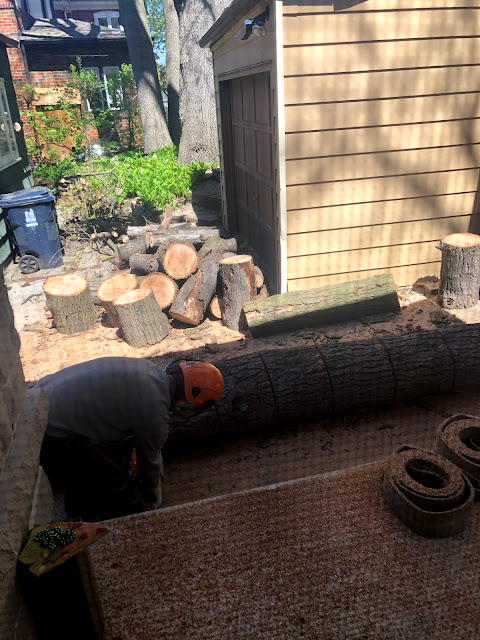 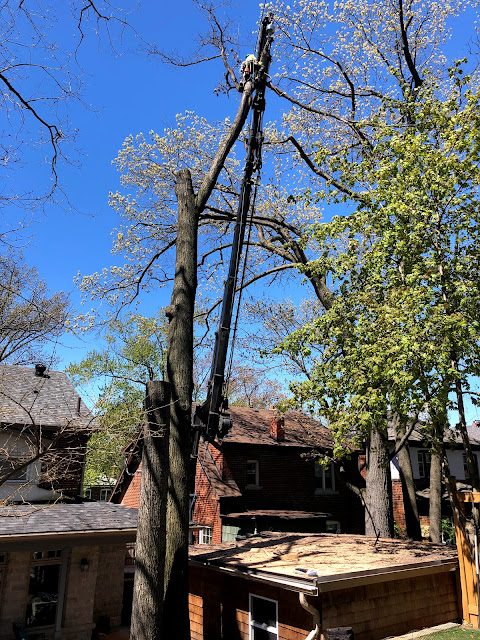 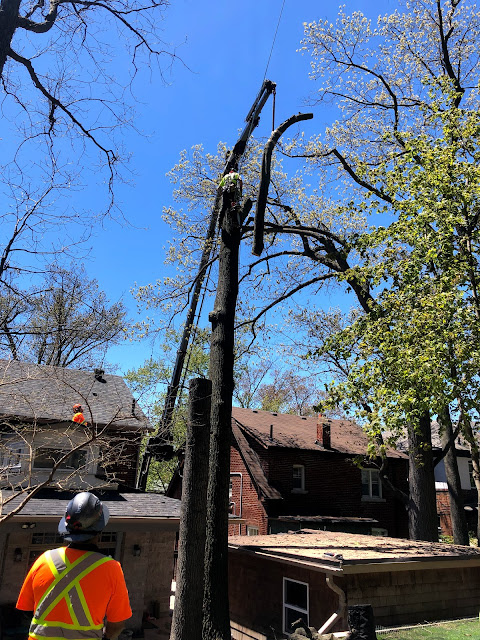 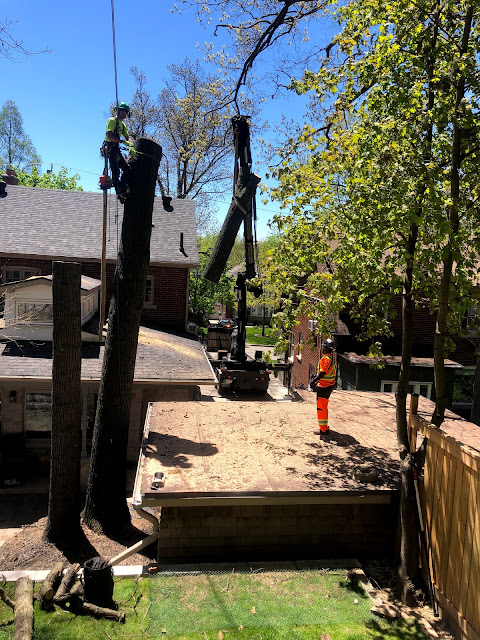 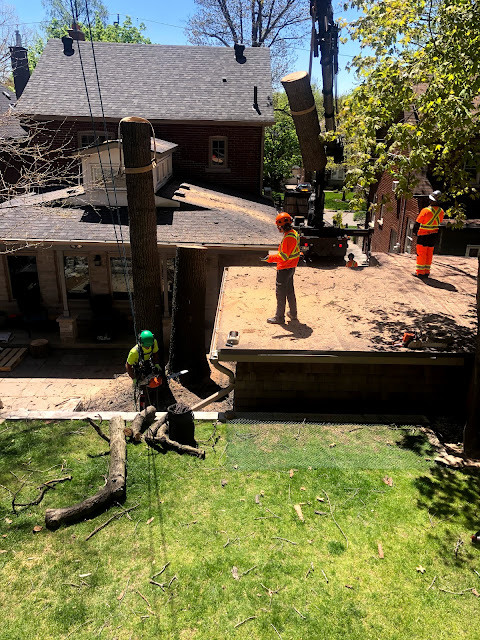 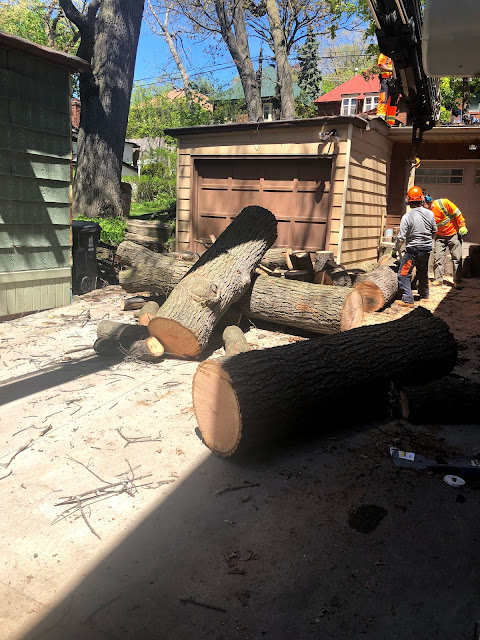 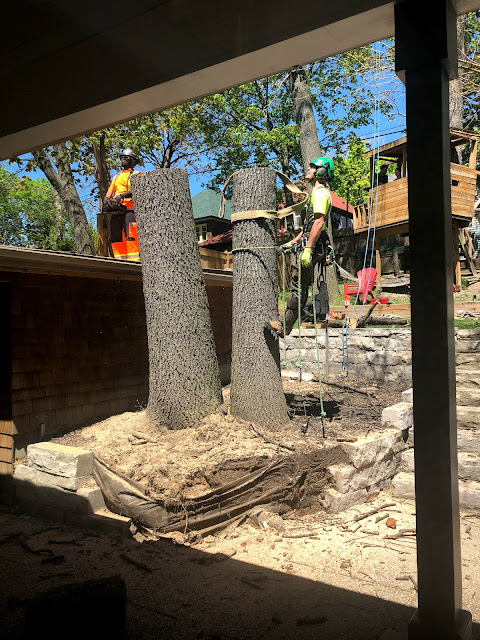 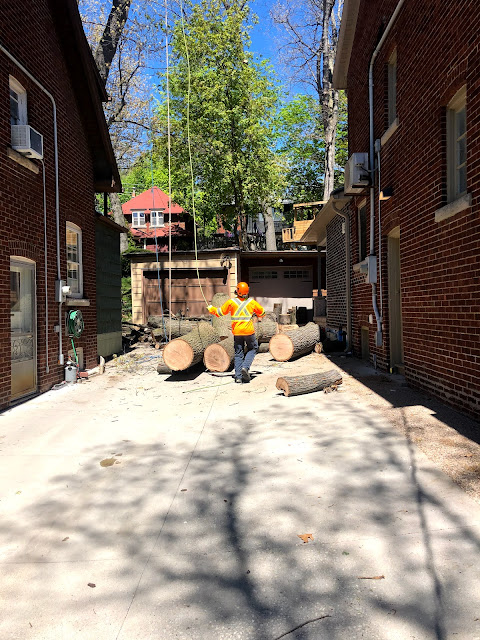 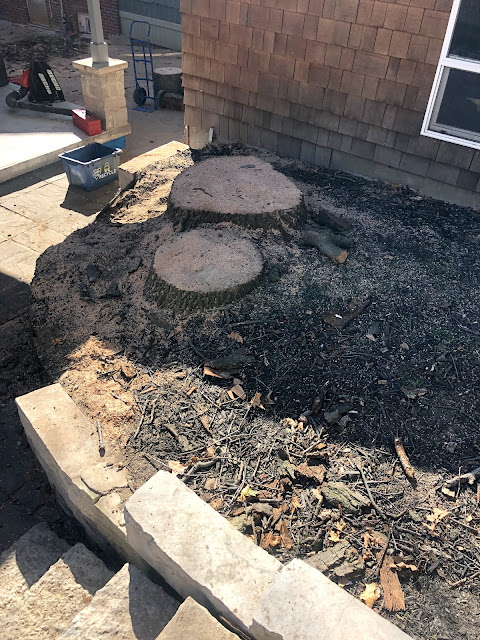 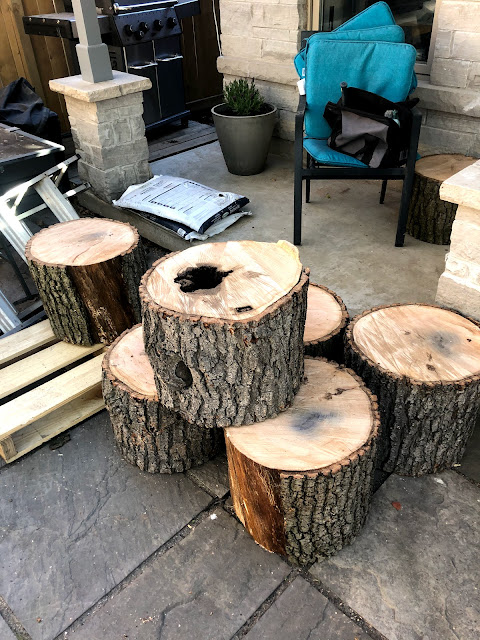 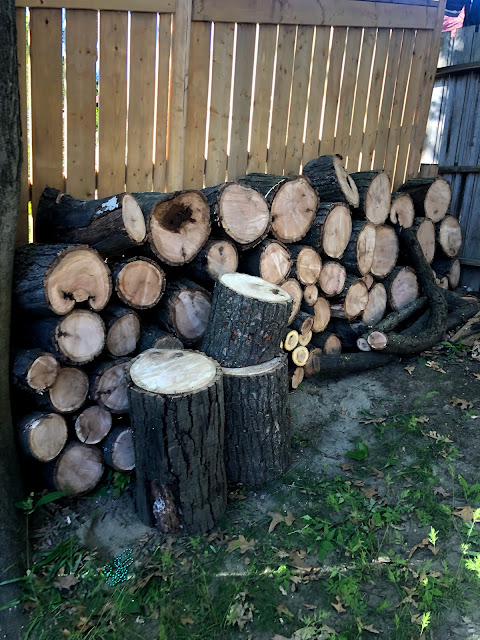 Now we are waiting for the grinder to come and remove the stumps this week and then Dave will set about removing the dirt and building a new retaining wall.  We will move some of our outdoor seating over here and have some more space. We may also put in a fire pit but that isn't an immediate plan.
Posted by TorontoSAM at 6:00 AM